Dalilah Muhammad, an American track and field athlete, is a 2016 Olympic gold medalist and a 2019 world champion in the 400-meter hurdles. Photo Source: Dalilah's Instagram.

The American track and field athlete Dalilah Muhammad is an Olympic champion and former world record holder in the women's 400-meter hurdles. The sportswoman, who hails from the New York City borough's Muslim community, has set an example for American Muslims and female engagement in the broader sports sector.

Dalilah first gained international recognition after winning a gold medal for Team USA at the 2016 Summer Olympics in Rio de Janeiro. Since then, she has participated in multiple prestigious tournaments around the globe and collected a handful of trophies for her country. In addition, the Muslim runner was awarded Female Athlete of the Year in 2019.

As she continues to claim titles and set records on the international stage, fans everywhere are eager to get a glimpse into Dalilah's personal life. So come along if you want to know more about this black sportswoman and stick to the end as we unfold Dalilah Muhammad's biography.

Born on 7th February 1990, Dalilah Muhammad spent most of her childhood in Jamaica, a middle-class neighborhood in the New York City borough of Queens. She was raised in a Muslim household by her father, Askia Muhammad, and her mother, Nadirah Muhammad. Additionally, Dalilah's parents are dedicated public workers who have spent over a decade striving for the community's welfare. Besides, she also has an older sister named Jamillah Muhammad.

Sports celebrity Dalilah has always had a competitive personality. She recalls participating in several extracurricular activities and competing on an equal footing with boys throughout her school days. When Dalilah was just 4 years old, the New York Novas Track Club was amazed by her long leaps and quick sprints at the track.

As such, she joined the club at the tender age of 7. Nonetheless, Dalilah's mother was afraid that she might get hurt and didn't want her running hurdles. Eventually, Muhammad's instructors persuaded her mother that she would be great at hurdles. 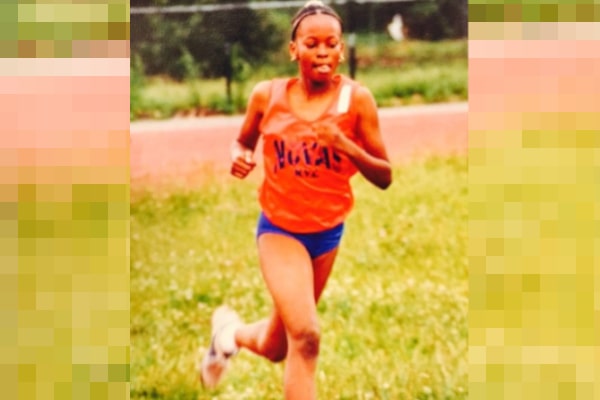 Afterward, the young athlete attended Benjamin N. Cardozo High School in Bayside, Queens, where she competed in track and field events like hurdles, sprints, and high jumps. During her tenure here, her athletic career took off as she began competing in various national and international level contests.

Later, in 2008, she was awarded a sports scholarship to the University of Southern California, where she committed her time to get further ahead in her profession. She graduated in 2012, majoring in business.

Although Dalilah started running on the track as early as she could remember, she did it out of pure passion and a competitive spirit that she possessed. Everything changed, though, when she had her first international experience while still in high school.

In 2007, the young runner represented the USA at the World Youth Championships in Athletics. Dalilah was able to claim first place in the tournament and impressed the audience all over the country. As such, she earned Gatorade Female Athlete of the Year for New York State the same year.

After graduating from USC, Dalilah decided to compete professionally in 400-meter hurdles and began training labourously. Consequently, she improved her personal best record in the 2013 USA Outdoor Track and Field Championships finals, winning her first national.

Subsequently, the American sportswoman was able to win Olympic trials and represented the team USA as an athlete in the 2016 Summer Olympics. The most significant achievement of her career came at the event when she won the 400-meter hurdles and brought home a gold medal for the country.

As a result, she immediately rose to the limelight and was able to grab the attention of many industry experts and professionals.

Dalish continuous progress and success as a professional athlete led her to earn the title of Female Athlete of the Year in  2019.

Here are some of the career highlights of Dalilah Muhammad on the international stage:

As of July 2021, the athlete is all set and ready to claim another gold medal for the country in the 2020 Tokyo Olympic games.

Even though Dalilah has set herself as a leading personality for females participating in sports everywhere, her life has been far from perfect. Various injuries she has suffered throughout her career have hindered her progress.

The sportswoman could not perform well during the 2014 and 2015 seasons, as she endured a knee injury during a training session and was not allowed to be on track for a couple of months. However, despite her injuries, she was able to hold the title of Olympic champion in 2016.

Likewise, in 2021, she faced several setbacks, including hamstring injuries and even getting infected by the covid virus. Nevertheless, all attention will be on her as she will be defending her title at the 2020 Tokyo Olympic Games.

Dalilah Muhammad Net Worth And Earnings

As Dalilah continues to win prestigious tournaments and set new records in the 400-meter hurdles, people can't help but wonder about all the fortune she has amassed through her profession. Here, we will discuss Dalilah Muhammad's net worth and earnings in brief.

Earnings From Career As An Athlete

Sports personality Dalilah has been competing in tracks since her early years. As a result, her net worth primarily consists of earnings from her career as a professional athlete.

As reported by ZipRecruiter, the annual salary of a professional athlete is around $52,000, which varies depending on the number of events won. Given Dalilah's success and accomplishments in the field, her income must be around the same range, or even more. 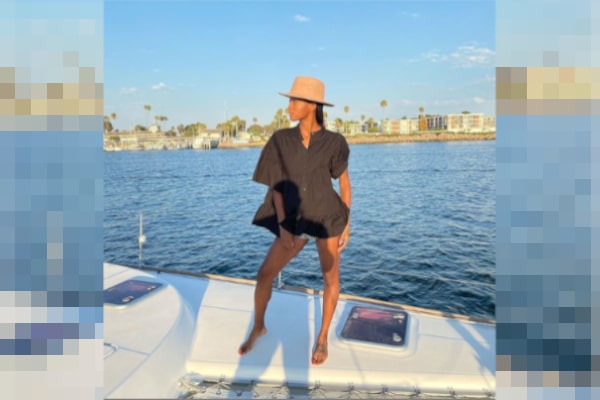 Dalilah lives a lavish and comfortable life thanks to her earnings as a professional athlete. Photo Source: Dalilah's Instagram.

Moreover, the black athlete is an Olympic gold medalist and a 4-time US national champion. According to Vox, the United States Olympic & Paralympic Committee (USOPC) pays $37,500 to the Olympic champion. Similarly, the Track & Field team provides $10,000 as a cash prize to the winner. Thus, all the prize money Dalilah has accumulated so far is bound to increase her assets.

In addition to her career, Dalilah earns a couple of thousand dollars through brand endorsements and promotions. The sportswoman is sponsored by well-known brands like Omega wristwatches, Nike sportswear, etc. Even though the exact amount is unknown, it is safe to presume that Dalilah gets paid handsome revenue considering her stardom in the athletic field.

Although Dalilah has not officially disclosed her income, we can reasonably infer she has amassed over a million dollars based on her funds from various sources.

As Daliah continues to captivate her followers with her steamy Instagram photos, admirers are curious to learn if this ebony beauty is involved in any romantic relationships. Unfortunately, the American runner is infamous for keeping her love life discreet. Concurrently, she has avoided discussing her relationships online or in front of the media.

So, we might have to wait a couple of years to find out about Dalilah Muhammad's boyfriend. 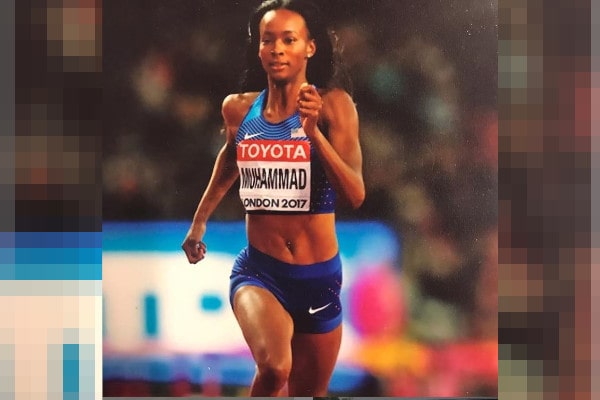 Dalilah might be single at the moment, as she's dedicated to excel in her profession even further. Image Source: Dalilah's Instagram.

Nonetheless, the athlete leads a hectic lifestyle as she is always away training vigorously or competing in major tournaments across the globe. Thus, she has little to no time to build romantic relationships. Owing to this, Dalilah might be single at the moment, yet multiple sites claim that she has been married.

There's a lot of haze surrounding Dalilah's romantic relationships. Moreover, as she is adamant about keeping silent about her love affairs, we won't learn much until we acquire information from a reliable source.