Top 10 Richest Drummers With Their Net Worth And Earnings

Home Featured Articles Top 10 Richest Drummers With Their Net Worth And Earnings.

Here, we will go through ten famous drummers who have gained massive fortune from their musical careers. Photo Source: Wikimedia Commons.

Who here doesn't love to rock or hum alongside a musical band. Whether it be rock and roll, pop, heavy metal, jazz, or R&B, group performances are always the best. And one crucial member in any band who livens up the environment is a drummer.

Drummers are, in simple terms, ones who play the drums. They add to the beat and are the backbone of any musical act. Furthermore, while most drummers have gained notoriety for playing in a band, some are recognized for their solo shows.

Alongside fame, these drummers also earn a massive fortune from their careers. So, let's look at the top ten richest drummers alongside their net worth and earnings in this article.

We start our list with the legendary drummer Chad Smith. He plays the drums for the alternative and punk rock band, Red Hot Chilli Peppers. In addition, the band was inducted into the Rock and Roll Hall of Fame in 2012.

Aside from RHCP, the musician has also collaborated with Johnny Cash, Lana Del Rey, Post Malone, Ozzy Osbourne, and others. In addition, he launched his band Chad Smith's Bombastic Meatbats and has released two studio albums. 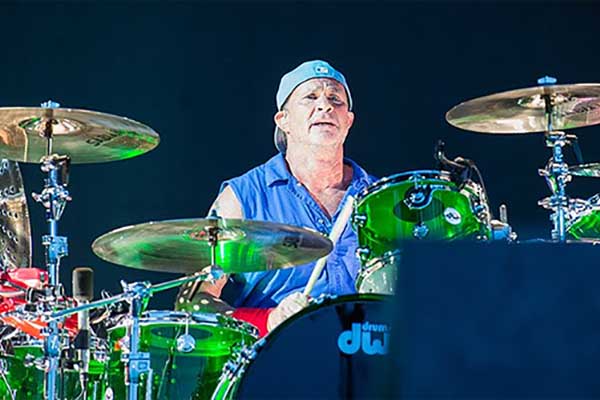 As per RHCP Sessions, Red Hot Chilli Peppers made 4.5 billion album sales worldwide. As a drummer, Smith's income must have been a notable amount.

Hence, Chad Smith's net worth amounts to $90 million. He is one of the highest-earning musical artists in the world.

Joey Kramer is well-renowned for his works in the heavy rock band Aerosmith. He is the original member of the band and suggested the name Aerosmith.

The artist has also contributed to writing Aerosmith's songs Pandora's Box, Kings and Queens, The Hop, The Movie, Beautiful, etc. His hardship alongside his band members led the group to sell 150 million albums worldwide and launch many successful tours. 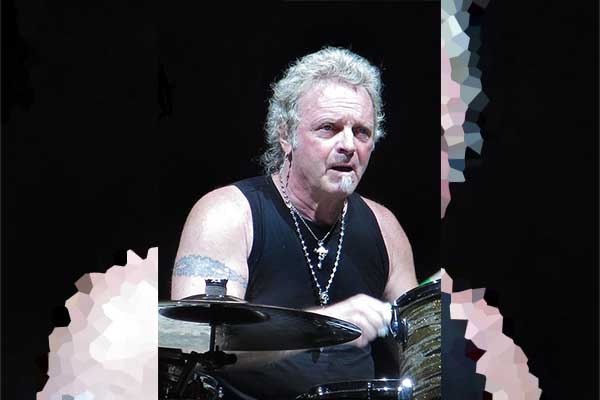 Joey Kramer is one of the founding members of the heavy rock band Aerosmith. Photo Source: Wikimedia Commons.

Thus, Joey Kramer's net worth amounts to $100 million. His remarkable drumming skills and devotion to music are the reasons behind his massive fortune.

Roger Taylor is not a new name in the music industry with his outstanding drum playing, singing, and songwriting skills. He is primarily renowned for being the drummer of the British rock band Queen.

Alongside playing drums, the artist wrote lyrics for many albums and singles of Queen. For instance, he wrote three UK number-one hits, Innuendo, These Are The Days of Our Lives, and Underpressure. 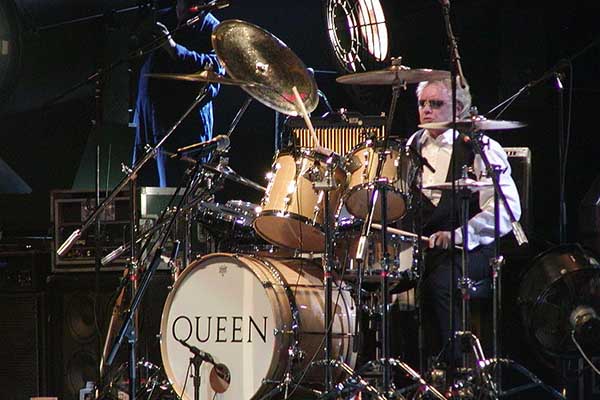 After the demise of his bandmate Freddie Mercury and the decline of Queen, Taylor began his solo career. He has toured many countries and collaborated with other singers. In addition, he has produced songs for Jimmy Nail, Magnum, and others.

Hence, Roger Taylor's net worth stands at $200 million. As he is still actively performing, his riches are bound to rise more in the future.

Don Henley came into the spotlight as one of the founding members of the American rock band Eagles. The band released numerous albums, songs, EPs and launched highly successful tours.

Amidst their hectic schedules, the Eagles disbanded in 1980. Afterward, Henley began his solo career, where he played guitar and sang. Furthermore, he gained massive success, including a Grammy award for his song The Boys of the Summer. 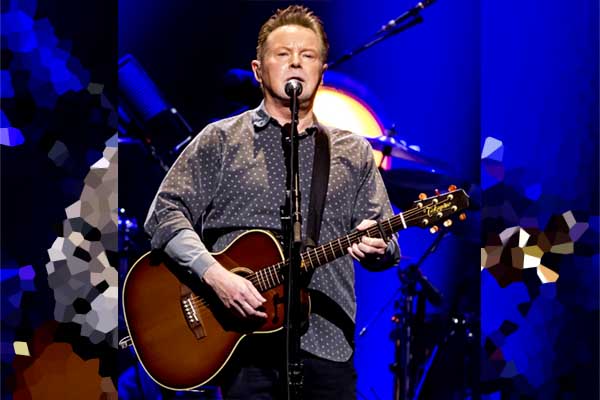 The musician is actively working and releasing new songs every now and then. Thus, Don Henley's net worth is a gigantic $250 million from his musical career.

Any rock fans are familiar with the legendary band The Rolling Stones. It skyrocketed the popularity of the hard rock genre and paved the path for young artists to follow. And late Charlie Watts was one of the members behind the band's success.

The late drummer began his journey with the Stones in 1963 and never missed out on any of their concerts. He possessed an innate artistic talent and designed graphic arts and comic stripes for many band albums. 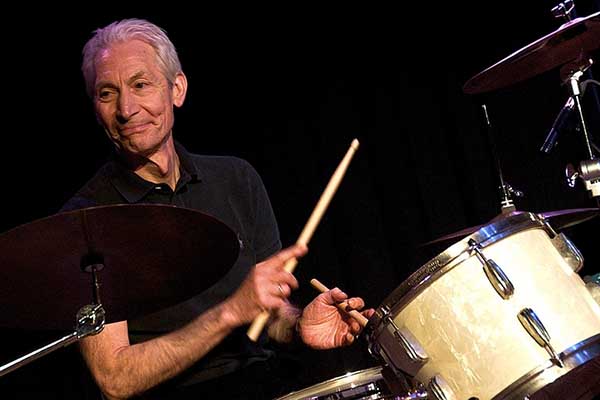 Aside from that, the late musician played for Rocket 88, Charlie Watts Orchestra, The ABC&D of Boogie Woogie, etc. His income primarily benefitted from his works with The Rolling Stones. In addition, Watts' earnings also came from his Arabian horse stud farm, which he ran with his wife.

Thus, Charlie Watts' net worth amounted to $250 million at the time of his demise. Though he isn't present physically, his contributions will forever keep his legacy alive.

Another multi-talented performer gracing our list is Phil Collins. He is a talented singer, actor, multi-instrumentalist, songwriter, and record producer. Still, his drumming skills top the list.

Collins is renowned mainly for being a singer and drummer for the English rock band Genesis. He was with them from 1970 to 1996. Moreover, the vocalist also worked as a solo artist, where he has made over 100 million album sales worldwide. He also makes nearly $50 million from his tours alone. 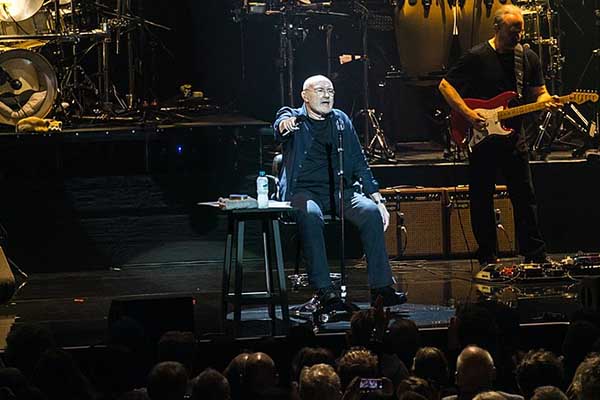 Thus, Phil Collins' net worth is a gigantic $300 million. It will likely increase more in the days ahead.

Dave Grohl is a famous drummer who rose to fame from the grunge band Nirvana. He later transitioned from playing drums to guitar and being a frontman for the alternative rock band Foo Fighters. 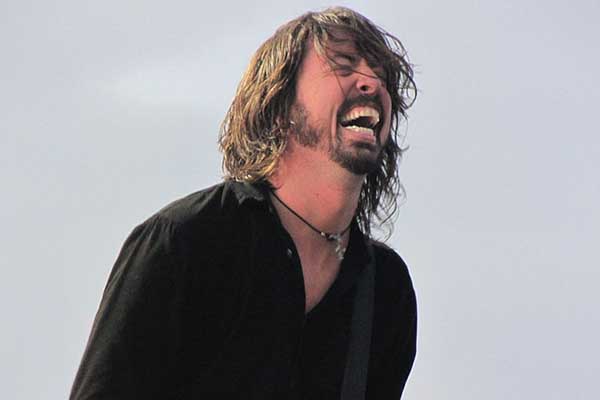 Thus, Dave Grohl's net worth amounts to $320 million. He is also included in the Rock and Roll Hall of Fame.

Any heavy metal fan would recognize the legend, Lars Ulrich. He is the co-founder of the group Metallica which took heavy metal to new heights in the 1980s. In addition, he is the drummer behind those crazy, fast, and aggressive beats of Metallica songs.

The musician formed the band with James Hetfield in 1981. It has sold more than 125 million albums worldwide. Furthermore, even after more than four decades of their debut, Metallica remains a fan favorite. It can gross more than $60 million from ticket sales while touring.

As a man behind this highly successful band, Lars' income must be an astounding figure. He must also earn a hefty royalty fee from their album sales.

Thus, Lars Ulrich's net worth is a massive $350 million. He is also one of the richest metal band members in the world.

Larry Mullen Jr. is the founding member of the internationally renowned rock band U2. He started the group from his kitchen, which soon began topping numerous music charts.

The drummer is known for martial beats, which he learned in marching bands in childhood. His unique sound makes U2 songs distinct from other available rock groups. Let's watch one of their songs below:

Larry's band has sold millions of albums and gone platinum numerous times. It has also clinched twenty-two Grammys. As such, Mullen's earnings must also be a huge sum.

Thus, Larry Mullen Jr.'s net worth stands at $350 million. His fortune will undoubtedly increase more in the future.

Our richest drummers list can't be complete without the iconic Ringo Starr. He played drums for one of the most successful rock bands, The Beatles. Furthermore, they are often called one of the most influencing bands of all time.

Starr began playing for Beatles by replacing its former drummer Pete Best in 1962. He was with them until their disbanding in 1970. Afterward, he launched a solo career which also became successful.

As a solo artist, Starr has released fifteen studio albums and toured worldwide. He has also collaborated with his former band members Paul McCartney, George Harrison, and others. Likewise, he also earned a considerable amount from his career. For instance, Ringo's salary was $3 million in 2013. 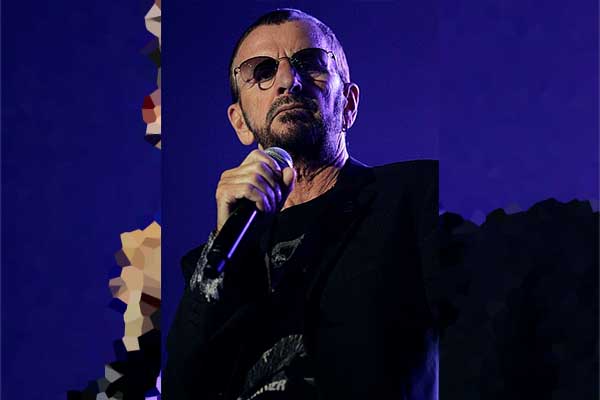 Ringo Starr is the drummer of the legendary rock band The Beatles, who is also a solo artist. Photo Source: Wikimedia Commons.

Hence, Ringo Starr's net worth is a whopping $350 million. He is indeed one of the highest-earning drummers in the world.

Aside from the drummers mentioned above, Travis Barker, Tre Cool, Tommy Lee, Alex Van Halen, and others have earned riches and fame from their music careers.