Golf is one of the beloved sports in the world. Unlike other ball games, while playing golf, the player has to maintain a steady position and hit balls with their clubs into a series of holes. Although the game's ancient origin is unknown, its modern beginning goes back to the 15th Century Scotland. The first golf tournament was The Open Championship, launched on October 17, 1860, in Ayrshire, Scotland.

When talking about golf, many people will assume it to be a pastime for older people. However, it has broadened its horizon from a simple play to a global phenomenon. Moreover, many athletes have earned worldwide recognition from competing in golf tournaments. As a result, many people around the globe view the championships.

Alongside popularity, the players have also made a fortune from their golf careers. Like tennis, ice hockey, and NBA players, golfers earn a considerable sum from their matches, sponsorships, endorsement deals, prize money, etc.

So, here is the list of the seven wealthiest golfers of all time. Let's find out their salaries and assets here in this article.

Frederick Steven Couples, professionally called Fred Couples, is one of the most wealthiest American professional golfers. He has competed on numerous PGA Tour and PGA Tour Champions. Moreover, the player has achieved 64 tournament wins, and 51 professional tour wins in his sports career. In addition, he won two Players Championship titles in 1984 and 1996.

As of August 2021, Fred Couples' net worth amounts to $120 million. It comprises his earnings from his prize money, endorsement deals, media works, etc. Furthermore, the athlete performed brilliantly in the Skins Game, and from the event alone, he has earned $3.5 million.

Furthermore, Couples is a brand ambassador of Anatabloc, Jaguar, Ashworth, Mitsubishi Electric, Bridgestone, ECCO, etc. He has also been involved with creating fan merch and golf video games, all of which might have helped increase his wealth.

In addition, the pro golfer's fortune is also impacted by his real estate investments. He sold his mansion in La Quinta to NBA player Jerry West for $2.8 million in 2017. Compared to the house's original price of $3.07 million in 2009, the transaction resulted in a loss for Fred. The golfer took a loss after selling his home in Newport Beach for $3.25 million in 2020.

Despite the financially unsuccessful real estate deals, Fred is counted among the richest golfers in the world.

Rory McIlroy is one of the well-renowned Northern Irish professional golfers. Even before his pro-debut in 2007, the player had won numerous championships in the Junior section. In addition, he won his first PGA Tour event before the age of twenty-one. Since then, Rory has clinched Honda Classic, Open Championship, Omega Dubai Desert Classic, British Open, Ryder Cup, etc., titles.

Alongside the championship titles, McIlroy accumulated a fortune from his golf career. He became the youngest player to earn $10 million on PGA Tour in 2012. Moreover, the pro golfer earned $15 million after winning the FedEx Cup in 2019. The same year he collected another $40 million from other sources. 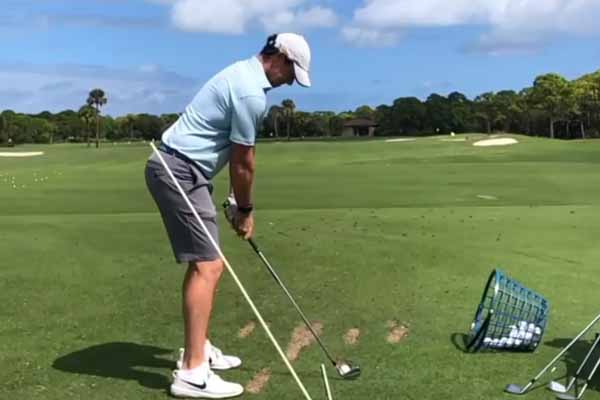 Notable brands and companies also endorse the champion. Rory initially signed a contract with Nike of a rumored $100 million in 2013. Additionally, he again signed a ten-year deal with the brand for $200 million in 2017.

Furthermore, the Irish golfer landed an equipment deal with TaylorMade worth $100 million. In addition, he received a bonus of $10 million in 2016 and $15 million in 2019.

Thus, combining all the sources, Rory McIlroy's net worth is a whopping $150 million. His current career earnings is more than $57 million, and endorsements and tournament winnings amount to $40 - $50 million per year. These massive paychecks have helped Rory become the 6th richest golfer in the world.

Gary Player is one of the most respected and admired golfers of all time. He is also the third most winning golfer in PGA history. He is known for his incredible shooting skills and polite demeanor both on/off the golf court. Moreover, Gary Player's net worth of $250 million includes his career earnings and endorsements. 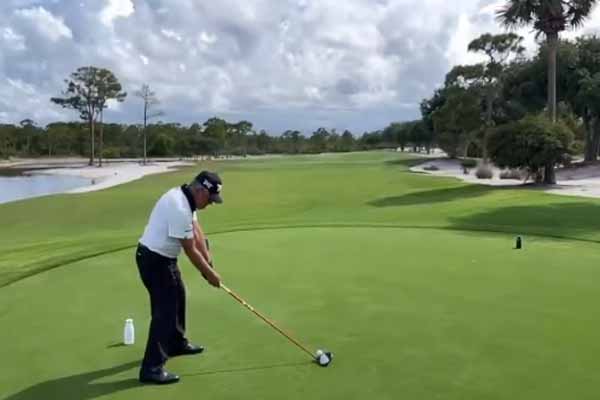 After retiring from golf, Gary Player has launched his own business and earns a considerable sum every year. Photo Source: Gary Player's Instagram.

Moreover, the golfer teaches students about the sport in his Gary Player Academy. In addition, he provides technical training with golf-specific fitness and guidance on several golf courses. Gary also does philanthropic works with his The Player Foundation. Since its invention, the charity has raised more than $64 million for impoverished children globally.

Therefore, combining sports and business careers, Gary Player's net worth amounts to $250 million. His career earnings back in 2009 totaled up to $1,834,482. At present, he is prospering even more in his business ventures and stands at the 5th position on our list of wealthiest golf players.

Greg Norman is an Australian golf legend. He has more than ninety professional wins under his name. Furthermore, the pro-golfer won the British Masters shortly after his pro debut. He was also inducted into the Golf Hall Of Fame in 2001. According to Celebrity Net Worth, Greg Norman's net worth is estimated to be $400 million.

Since his career beginning, the player reportedly earned $1 million every year from golf tournaments. He was the top tour earner in 1986, 1990, and 1995. In addition, the sportsperson is named the first professional golfer to earn $10 million in career earnings. It rose to be around $15 million in later years. 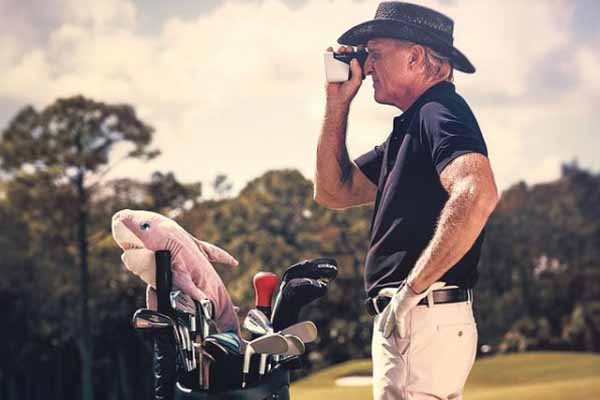 Norman's income also comes from his business ventures. His firm Greg Norman Company brings in tens of millions in revenue per year. Moreover, the entrepreneur has a 12 percent share of golf equipment manufacturer Cobra Golf. The golfer has obtained $40 million in profits from the company alone.

The businessman has also generated fortune from his investments in real estate. He initially bought Seven Lakes Ranch for $9.5 million in 2004 and poured a staggering sum into its development. Later, he listed it for sale for $40 million. Furthermore, Greg's mansion in Florida cost him $4.9 million in 1991. Later, he remodeled the house and sold it for $55 million in 2021.

Hence, Greg Norman's net worth stands at a gigantic $400 million. Moreover, he is still prospering in his business, so his income and assets will expand in the future. And who knows, he might even become the richest golfer of all time.

Compared to now, in the late 1900s, golfers certainly made less money. However, at that time, Jack had the highest career wages among his competitors. Moreover, his total revenues amount to $784,500, with average earnings per win of $43,583. Celebrity Net Worth cites his current earnings to be $1.15 billion while Jack Nicklaus' net worth is estimated to be $400 million. 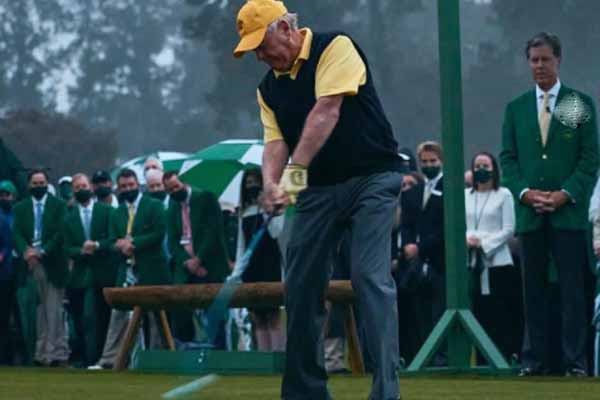 Alongside competing in tournaments, Nicklaus has also helped design golf courses. His company Nicklaus Design has designed close to 300 golf fields worldwide. In addition, the businessperson also had multiple endorsement deals. He has partnered with Arizona Beverage Company and Terlato Wines to create his personalized beverages.

Jack Nicklaus's net worth is estimated to be $400 million. Although he has retired from the golf court, he is still achieving financial gains from his business ventures. And as a result, he is counted among the richest golf players.

Philip Alfred Mickelson ranks as the second-highest-paid athlete on our list. He is one of the few players to have won three out of four majors. He has won more than forty tournaments in his career and earned millions in the process. Moreover, Phil Mickelson's net worth stands at a staggering $400 million.

Phil's career earnings has reached $800 million which includes prize money and income from endorsements deals. He has even made $80 to $100 million in a single year. Furthermore, the pro golfer's tournament prize money amounts to $90 million. His current career earnings are $94,794,977, a few million less than our first-place holder. 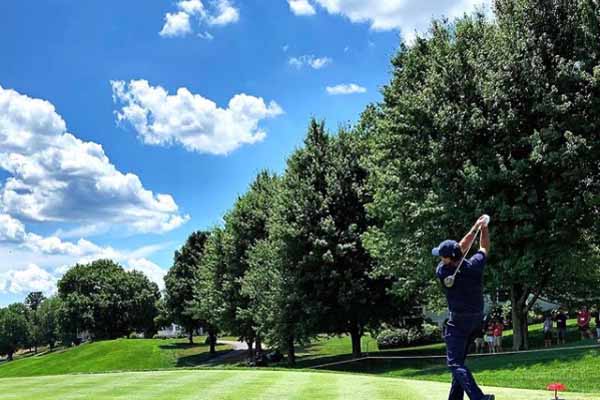 Phil Mickelson is only a step away from becoming the richest golfer of all time. Photo Source: Phil Mickelson's Instagram.

Like other athletes, endorsement deals have been one of the significant salary sources for Mickelson. KPMG, ExxonMobil, Titleist, Ford, Amgen, Enbrel, Rolex, Grayhawk, etc. sponsors him. Moreover, the sportsman reportedly earned $50 million between 2018 and 2019 from his endorsement deals alone. Since then, the amount must have increased even more.

Mickelson's fortune also comes from his real estate. He made a significant profit selling his California villa for $2.745 million in 2012. In addition, the sportsperson's other California home was listed for sale for $12.2 million. However, he had to negotiate to sell it for $5.725 million in 2015.

Hence, according to Celebrity Net Worth, Phil Mickelson's net worth sums up to be $400 million. So he is indeed one of the most successful and richest golfers in the world.

Taking the top spot amongst the most affluent golfers of all time is none other than Tiger Woods with an impressive $800 million to his name. He is a legendary athlete who became PGA Player of the year eleven times and AP Male Athlete of the year four times. In addition, Woods is also listed among the highest-earning athletes in the world.

The American professional golfer ranked number one in world rankings less than a year after his pro debut. Since then, he has accomplished wins in fifteen major tournaments, 81 PGA tours, 41 European tours, and five Masters. He also boasts the lowest average score on the record.

The golf extraordinaire has made more than $120 million from the golf tournaments. Tiger receives $1.5 million just for his appearance in the competitions. Moreover, the champion's total income amounted to $1.6 billion back in 2019. He obtained a cool $2.07 million from his 2019 Masters win alone. 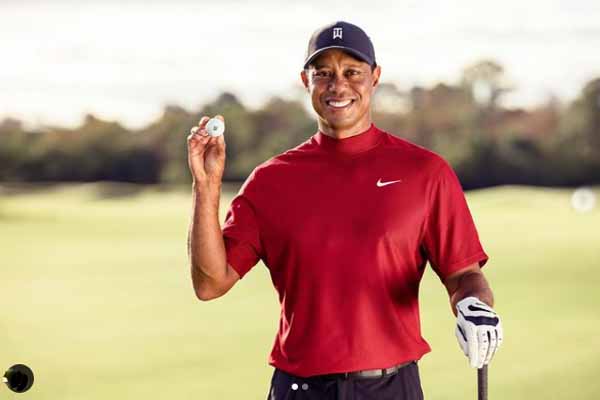 With a net worth of $800 million, Tiger Woods is the richest golfer of all time. Photo Source: Tiger Woods' Instagram.

As a famous sports figure, Woods has received numerous endorsement deals. His first signing with Nike was $40 million in 1997. Later, Tiger earned $140 million from the company between 1997 and 2005. Besides that, he is also a brand ambassador for Gatorade,Titleist, American Express, Asahi General Mills, Golf Digest, Tag Heuer, etc. In addition, he earns $10 million for designing golf courses.

Woods owns numerous properties and mansions in America. For example, he holds ownership of $55 million worth 12-acre oceanfront property in Jupiter, Florida. In addition, the wealthiest golfer has a $25 million worth yacht and a $54 million worth private jet.

Thus, Tiger Woods' net worth stands at a massive $800 million. His current career earnings amount to $120,851,706. Moreover, the professional golfer isn't slowing down any time soon and will undoubtedly add millions more to his already massive fortune.

Aside from the aforementioned professional golfers, other well-renowned athletes such as Jordan Spieth, Ernie Els, Vijay Singh, Sergio Garcia, Ian Poulter, etc., have acquired millions of dollars from their golf careers.