First introduced by Canadian-American gym teacher James Naismith in early 1891, the basketball game soon evolved into one of the most celebrated sports globally. Basketball is the third most-watched sport in the world as of 2021, behind only soccer and cricket.

Consequently, only a few are oblivious to the stardom of the National Basketball Association (NBA). The NBA is a professional basketball championship that consists of 30 teams across North America featuring the best basketball players.

In terms of popularity, viewership, salaries, and level of competitiveness, the NBA is the most significant professional basketball league. Furthermore, NBA players are considered to be the best-paid athletes by average annual salary per player. As such, many basketball athletes have amassed a sizable sum of money playing for the NBA teams.

Today, we will talk about five of the wealthiest basketball players who earned their fortune playing in the NBA.

The retired American basketball player and former NBA superstar Shaquille Rashaun O'Neal, commonly known as "Shaq," is one of the wealthiest basketball stars.

Widely regarded as the best NBA center of all time, Shaquille won the championship four times during his 19-year career. He currently works as a sports analyst for the television program Inside the NBA.

As of 2021, Shaquille O'Neal's net worth stands at a monstrous $400 million. Celebrity Net Worth states that Shaq brings in about $60 million each year through various brand deals, media appearances, and NBA commentator gigs. 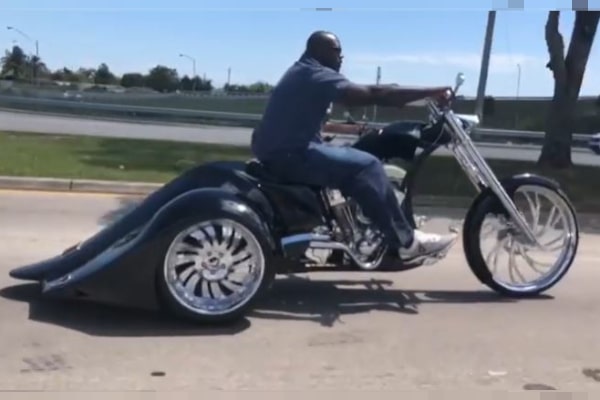 Shaquille O'Neal, a former NBA player, is able to support his extravagant lifestyle thanks to his income as a successful businessman. Photo Source: Shaquille's Instagram.

Shaquille reportedly earned an income totaling $292 million during his basketball career while representing multiple NBA teams. However, most of his assets are the products of ventures he made after retiring from the NBA.

In addition, Shaq is the joint owner of several Auntie Anne's Pretzels restaurants, Papa John's, over 100 car washes, and several fitness centers. Moreover, in one of his online interviews, he mentioned that his real money maker is all the brands he owns. He explained:

Similarly, Shaq has made quite a fortune in real estate deals. In 2021, he put his mansion in Florida for sale with a price tag of $16 million, which he had initially purchased for $4 million.

Shaquille O'Neal's net worth is expected to skyrocket in the near future as the NBA commentator continues to land lucrative commercial partnerships. Who knows he might even top the list of richest NBA players in the coming days.

The American professional basketball player LeBron Raymone James Sr., widely known as LeBron James, is an active NBA player for the Los Angeles Lakers. Since making his NBA debut in 2003 with the Cleveland Cavaliers, LeBron became the only player in the NBA to win the championship with three different teams.

The sports celebrity has mesmerized the whole world with his amazing plays and brilliant presence of mind inside the court. Nicknamed "King James" by his fans, he is often considered the most prominent player in NBA history and is often compared to the basketball legend Michael Jordan.

According to various reports, LeBron became the first active NBA player to rack up $1 billion in career earnings in July 2021. Although he has accumulated a total income of over $350 million from his NBA career, most of LeBron James' net worth is derived from his numerous lucrative brand deals, media ventures, merchandising, etc.

As reported by Sportico.com, LeBron collects a sum of money totaling $100 million through various partnerships with companies such as AT & T, Beats, Blaze Pizza, GMC, Nike, PepsiCo, Rimona, and Walmart. Moreover, he owns a minority stake in Fenway Sports Group, which controls the Boston Red Sox, Liverpool Football Club, and other well-known businesses.

Furthermore, James has established himself as a charismatic onscreen presence and a successful producer. He has appeared in numerous commercials, movies, and TV series, such as Space Jam, Entourage, The LeBrons, etc. In addition, he has collected 54 credits as a producer and worked on multiple high-profile projects with his SpringHill Entertainment Company. 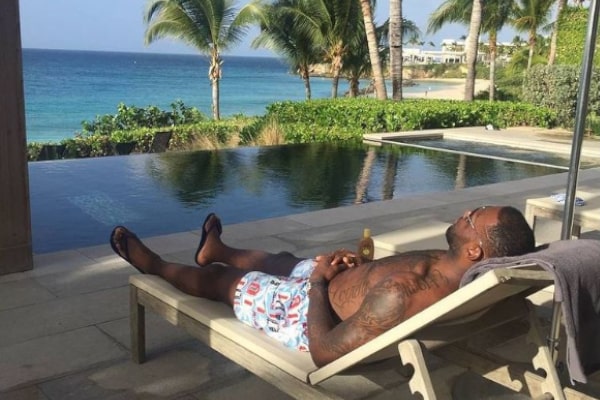 When LeBron James is not on the court scoring points, he spends most of his time relaxing on his massive real estate worth millions of dollars. Photo Source: LeBron's Instagram.

As of 2021, Lebron's physical assets are estimated to be over $100 million. Besides, the sports personality owns an exclusive mansion in the Brentwood neighborhood of Los Angeles that cost $20.5 million. Likewise, in 2020, he bought a compound in Beverly Hills for $36.8 million, boasting about 2.5 acres of land.

Being an active NBA player, James annually collects a massive salary from the Lakers. His four-year contract with the franchise in 2018 was valued at $153 million. Consequently, he was ranked in the fifth position by Forbes in their list of "The highest-paid athletes of 2021."

As reported by Celebrity Net Worth, LeBron James' net worth is a whopping $500 million. However, as time passes by, his revenue is only going to increase.

Earvin Johson Jr., nicknamed Magic Johnson, is a retired NBA player who spent 13 seasons with the Los Angeles Lakers. The American athlete is considered the best point guard in the world and was honored as one of the 50 Greatest Players in NBA history.

As reported by Spotrac, Johson earned a little under $40 million in salary from his career as an NBA player. However, after announcing his retirement from the game in 1996, he used his earnings to invest in numerous business ventures, eventually turning those funds into huge fortunes.

Johnson established Magic Johnson Enterprises in Beverly Hills, California. The enterprise is a conglomerate company that was worth $700 million in 2005. He eventually branched out the enterprise to own various movie theatres, fast-food restaurants, health clubs, and real estate. 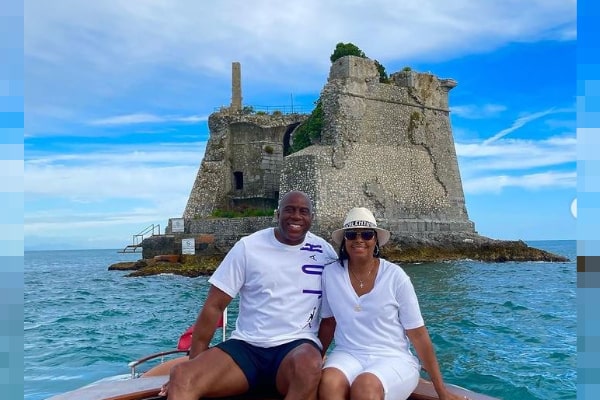 Magic Johnson, the former NBA superstar, has made a fortune from his career and successful business ventures. Photo Source: Johnson's Instagram.

In addition, together with Earl Graves Sr., Johson acquired a considerable interest in PepsiCo's bottling operation. Similarly, he also became a minority owner of the Lakers in 1994, having paid more than $10 million for the partnership. Moreover, Johnson has co-owned the Los Angeles Dodgers baseball team since 2012.

As reported by Celebrity Net Worth, Magic Johnson possesses a net worth of $600 million. His ownership of Magic Johson Enterprises accounts for a large part of his revenue. Apart from that, he earns a hefty sum of money from various business endeavors and media appearances.

Although Junior was a brilliant player and provided solid performances on the court, he could never earn more than $350,000 a season during his NBA career. After his retirement, he invested most of his income in multiple fast-food franchises, specifically Wendy's and Chili's.

These investments made by Bridgeman yielded huge profits, and he ultimately owned over 100 different restaurants. Later in 2016, he sold those stakes to become a Coca-Cola distributor. 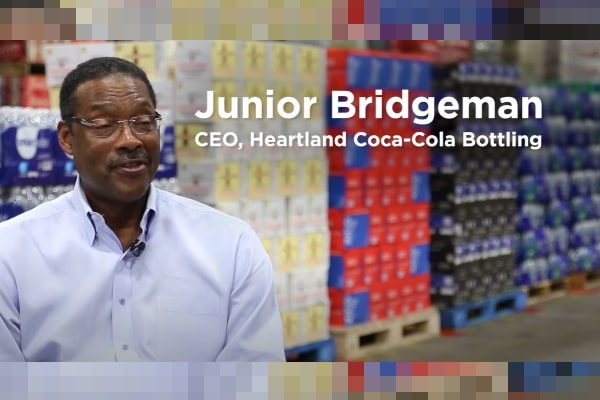 Junior Bridgeman, a former NBA player, became a huge success as a fast-food entrepreneur after retiring from the game. Photo Source: Social Media.

The American athlete signed a contract with the Coca-Cola company, becoming only the third independent Coca-Cola bottler. He acquired the territory from the beverage companies in Missouri, Illinois, Kansas, etc.

Afterward, Junior founded Bridgeman Foods Inc. in 2017. And today, as the CEO of the company, he owns more than 150 outlets across the United States. In addition, he bought Ebony and Jet magazines in 2018.

Currently, Junior Bridgeman's net worth stands at a gigantic $600 million. The majority of his revenue comes from the profit he makes from multiple fast food outlets and the distribution of Coca-Cola beverages. As he continues to operate numerous business endeavors, his assets are bound to expand at a rapid rate.

Michael Jeffrey Jordan, better known as Michael Jordan, is a basketball legend and a former NBA player. Jordan played 15 seasons in the National Basketball Association (NBA), winning six of them with the Chicago Bulls.

Widely regarded as the greatest NBA player, Michael has gathered an enormous income thanks to his stellar career in the league. According to Forbes, his total career earnings are valued at a monstrous $90 million.

Nevertheless, Jordan's revenue is not limited to his professional career only. Riding on his success as an NBA star, Jordan has signed multiple brand deals and established numerous business ventures.

As reported by Celebrity Net Worth, Michael makes around $100 million each year from brand endorsements with popular brands like Nike, Hanes, and Gatorade. Furthermore, he owns an NBA team, the Charlotte Hornets. In 2019, the team's entire stake was evaluated at a whopping $1.5 billion. 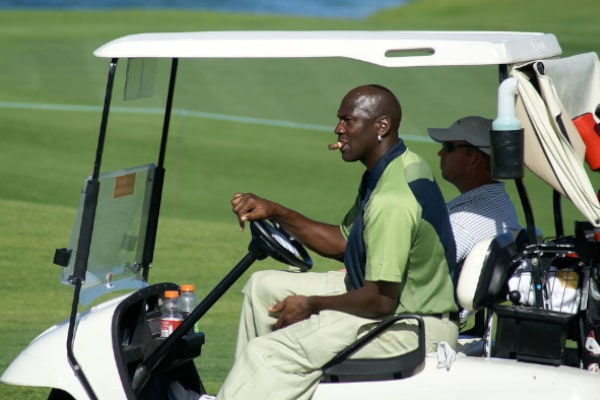 Additionally, Michael joined sports-betting firm DraftKings as a special advisor and investor in September 2020. Likewise, he also became the co-founder of a NASCAR team in the same year.

Moreover, Michael Jordan and Nike's collaboration is one of the biggest in sports history. Nike's Air Jordan line originated from the brand's exclusive sneakers for the NBA star. More than three decades after the first Air Jordan sneaker was produced, the line is one of the most profitable ventures for the company and Michael himself.

According to a 2020 Forbes article, the former NBA player made over $1 billion from his collaboration with Nike through royalties. It is reported that much of his billion-dollar fortune is the result of his Nike deal. And with the sales of Air Jordan sneakers on the rise, there is no doubt Michael's fortune will continue to benefit from this deal.

As of 2021, it has been over two decades since Michael last played basketball professionally. However, due to his earnings from different brand royalties and marketing campaigns, Michael Jordan's net worth stands at $2.2 billion.

In addition, Michael's significant assets earned him the title of fifth-richest African-American. As the billionaire continues to invest in more business organizations and sign new deals with renowned brands, Michael Jordan's net worth will likely increase at a rapid rate.

Aside from the aforementioned NBA superstars, other well-known players such as Kevin Durant, Kobe Bryant, David Robinson, and Kevin Garnett have acquired millions of dollars from their basketball careers.