Napheesa Collier is an emerging star in the Women's National Basketball Association (WNBA). She is currently playing for the WNBA team Minnesota Lynx. Moreover, the athlete has already shown her massive potential on the court. For instance, she won the WNBA Rookie of the Year award in her first season in 2019.

The sportswoman was also part of the US national team in the 2020 Tokyo Olympics. She, alongside her teammates, took home a gold medal from the event. Moreover, the player had previously become a gold medalist in 3*3 at the 2014 Youth Olympics. She is the first female player to earn gold in both events.

So, let's learn more about this rising basketball player in this biography.

The basketball pro was born on September 23, 1996, in O'Fallon, Missouri. She comes from an African-American family who previously had political connections in Africa. Moreover, Napheesa Collier's grandfather, Gershon Collier, was a former Sierra Leonean diplomat. He also served as an ambassador to the United Nations.

After the outbreak of civil war in his hometown, Napheesa Collier's father, Gamal Collier, later began a new life in the United States. He was also athletic and played rugby at Buckingham University. 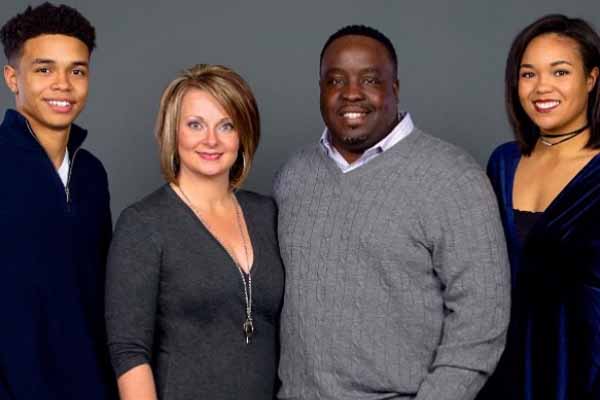 After leaving his hometown, Napheesa Collier's father, Gamal Collier, raised his children in the US. Photo Source: Kai Collier's Instagram.

Likewise, Collier's mother, Sarah Collier, is an American native who previously worked in a nursing home. She has always been supportive of her playing dream.

The athlete was passionate about basketball from a young age. She participated in many competitions in Jefferson City High School. Moreover, after transferring to Incarnate Word Academy, she received more opportunities to hone her talent. 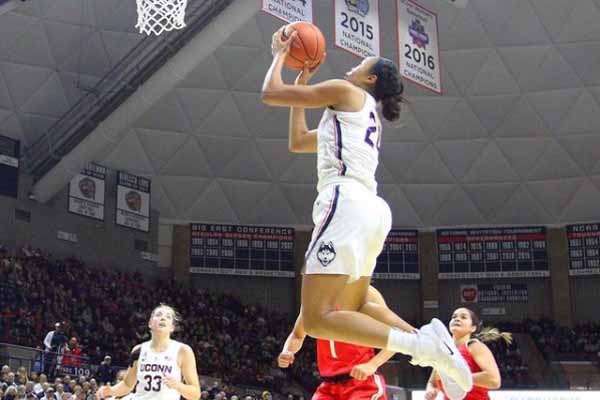 Fresh out of high school, the basketball star joined the University of Connecticut. She played for UConn Huskies for all four years. Furthermore, alongside competing in collegiate championships, she majored in human development and family studies.

Napheesa ranked third in scoring, fourth in rebounds, and seventh in blocks before graduating.

With such incredible sports honors, Collier was destined to become a professional. She finally got her chance to play in WNBA with Minnesota Lynx. The team drafted her as their sixth pick in the 2019 WNBA Draft.

The professional player recorded the second-highest score for a rookie in her debut match. She won ESPNW, AP, and WNBA Rookie of the Year in 2019. Furthermore, the athlete competed in WNBA All-Star Game twice in 2019 and 2021.

Napheesa has joined the USA team for numerous championships over the years. She has participated in several training camps and was one of the 16 finalists for the 2018 USA World Cup Team.

The basketball pro assisted the national team in winning the gold medal at the 2019 FIBA AmeriCup. She also aided the team to win their ninth title at the 2020 Olympics.

Napheesa Collier Net Worth And Earnings

The sportsperson is always focused with a determination to win in her matches. She is also not animated and has a different demeanor on the court. As such, she has won the hearts of many fans worldwide.

Alongside the fame, Collier has earned a considerable amount from her playing career. According to Spotrac, she signed a four-year-long contract worth $220,235 with Minnesota Lynx. It also puts her average income to be $55,059 per year. 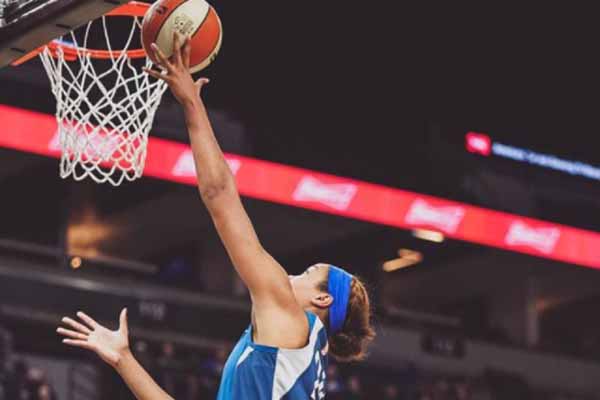 Napheesa Collier is currently one of the top players on the Minnesota Lynx and earns thousands of dollars every year. Photo Source: Napheesa Collier's Instagram.

Aside from playing, the basketball pro runs a podcast named Tea with A & Phee. She joins her fellow WNBA star A'ja Wilson to discuss basketball and pop culture. It is available for listening in Apple Podcasts.

Hence, combining all the sources, Napheesa Collier's net worth must be enormous.

Who Is Napheesa Collier's Boyfriend?

The Olympian has always been open regarding her background and family details. The same could also be said true regarding her romantic affairs. Moreover, she is currently in a loving relationship with basketball coach Alex Bazzell.

The pair first met at UConn, where Collier was studying, and Bazzell was coaching the students. The latter trained her in her freshman year in 2016. Furthermore, the couple began dating midway through the athlete's junior year in university.

The duo continued their relationship and finally got engaged in October 2019. Both had planned to marry in November 2020 but had to cancel it due to the COVID-19 pandemic. Nonetheless, their wedding is scheduled for November 2021 in the Dominican Republic. 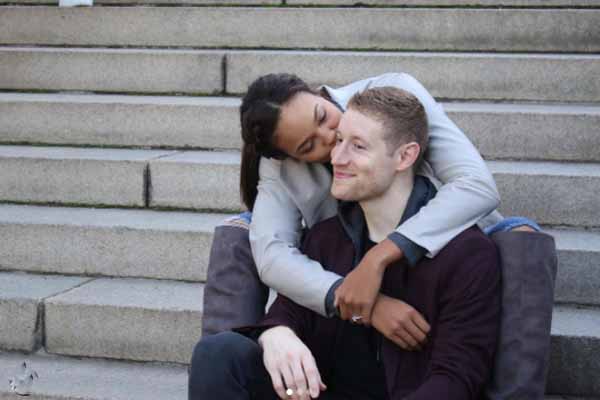 Napheesa Collier's fiance or soon-to-be husband, Alex Bazzell, has trained many NBA and WNBA players, namely Kevin Durant, Kyrie Irving, Trae Young, and others. He is also the CEO of Through The Lens.

Collier is continuously improving her performance and giving better results in the matches. Despite being famous, she is modest and humble. Hopefully, we will see her continuing to rise in WNBA in the future.