A'ja Wilson is an up-and-coming star who has found early success in the WNBA. Photo Source: A'ja Wilson's Instagram.

Compared to the NBA, the WNBA ranks lower in both popularity and revenue. Furthermore, women's basketball was not widespread until the late 1990s. Even then, the WNBA didn't see a surge in female athletes until much later.

However, things have started to change for the better in recent times. Famous WNBA athletes like Candace Parker, Jonquel Jones, and many more have attracted the media's attention and helped popularise the sport.

A'ja Wilson is a deserving name on that list. The South Carolina native is an up-and-coming athlete in the WNBA who has made waves with her early success. Even though her career is far from mature, she constantly makes headlines with her athletic performance.

Today, we will look at A'ja Wilson's biography and discover the journey she undertook to become the new idol of the WNBA.

It was not easy growing up for little A'ja Riyadh Wilson in Hopkins, South Carolina. A lanky black girl with self-esteem issues could not bond well with other kids from Hopkins. However, this same issue helped her transform from an insecure little kid to an accomplished athlete.

A'ja Wilson's father, Roscoe Wilson Jr., who had played ten seasons of professional basketball in Europe, became one of the first coaches for A'ja. The WNBA star learned the fundamentals of the game from her father and the discipline required to succeed. 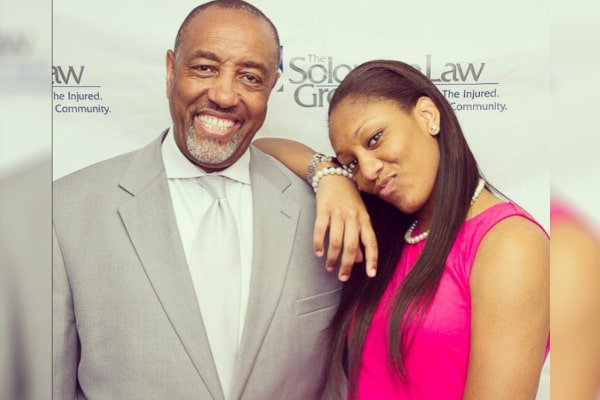 A'ja Wilson's mother, Eva Rakes Wilson, also possesses a keen interest in basketball, as did her older brother, Renaldo Wilson. As such, basketball was always a clear-cut path for the youngest Wilson. Unsurprisingly, A'ja Wilson's parents were the ones who encouraged her to play the sports as she grew older.

Following her graduation from Heathwood Hall Episcopal School in 2014, A'ja attended the University of South Carolina, majoring in Mass Communications. It was here that she first met Dawn Staley, the head coach of the South Carolina Gamecocks.

Staley helped mold the young talent and energy of A'ja into a full-fledged athlete. A'ja Wilson's mother, Eva, describes the encounter between the two as a "divine intervention." Under Staley's mentorship, the inexperienced Wilson became one of the most decorated players at the university.

Staley's role as a coach for Wilson extended beyond the court. And so, when A'ja was diagnosed with dyslexia, Staley was the one who comforted her. In an interview, A'ja mentioned that coach Stanley was her second mom.

A'ja Wilson Net Worth And Career

After having a promising collegiate career at the University of South Carolina, A'ja Wilson was well on her way to wealth and fame. Consequently, she was drafted first overall by the Las Vegas Aces in 2018. It was the beginning of a new chapter as she entered the WNBA.

Later on, in the same season, Wilson was named the WNBA Rookie of the Year for her mesmerizing performance and brilliant display of skills. Afterward, she continued to provide solid performances for the Aces. However, a minor ankle injury in July 2019 halted her scoring streak. 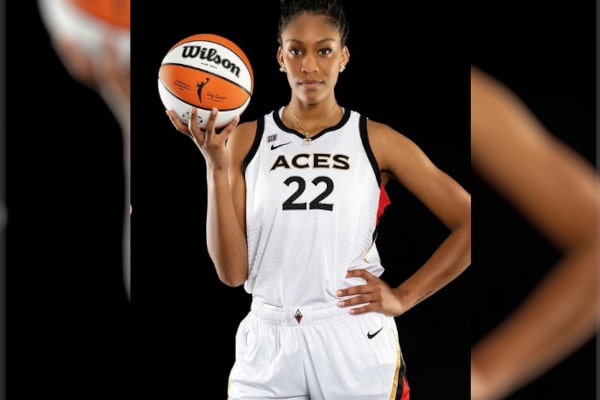 Nonetheless, Wilson made a swift return in the 2020 season and carried the Aces to the finals with her peak performance. But, unfortunately, they were defeated by the Seattle Storm in the championship match. Yet, despite the team's loss, Wilson won the WNBA MVP award for the 2020 season.

Since joining the WNBA, A'ja Wilson's net worth has grown significantly. She has amassed a considerable fortune over the years through her earnings as an accomplished sportswoman. After being drafted by the Aces in 2018, she signed a 4-year contract with the franchise. The details of A'ja Wilson's salary, according to Spotrac, are given below:

Aside from raking in cash from WNBA contracts, A'ja Wilson has also accumulated a decent sum of money from brand endorsements. Popular brands like Nike, Mountain Dew, etc., have sponsored her. Even though details about her income from sponsors are not disclosed, we are confident she collects a substantial amount.

The South Carolina native is an up-and-coming star in the WNBA, and her career is far from ripe. And with more successful years to come, there is no doubt that A'ja Wilson's net worth will reach even new heights.

Who is A'ja Wilson's Boyfriend?

As the celebrity sportswoman continues to share her sizzling images on Instagram, more and more followers are curious to find out about the love life of A'ja Wilson. However, the WNBA star prefers to lead a shy life and rarely flaunts her intimate connections.

A quick inspection of Wilson's social accounts may lead you to believe that she might be single. Well, that is not the case. In contrast, she is deeply in love with her high school sweetheart, Josh Cunningham.

A'ja Wilson's Significant Other Is A Fellow Athlete

A'ja Wilson's boyfriend, Josh, is also a basketball player who plays for the G League's Westchester Knicks. The couple has known each other since they were in high school. Nonetheless, the pair did not engage romantically for a while. 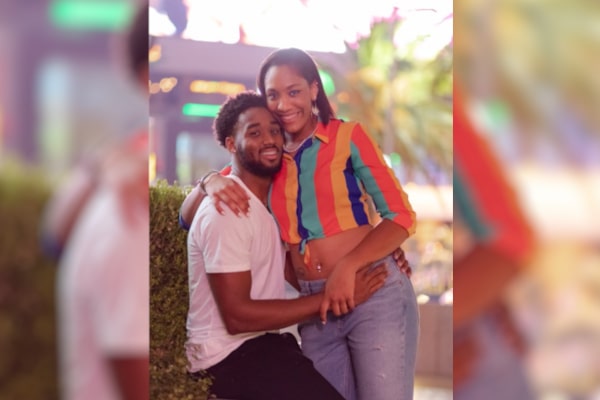 Following graduation, Wilson attended the University of South Carolina while Cunnigham enrolled at the University of Dayton. Even though the pair went their separate ways, they remained in contact and eventually developed a love interest.

A'ja Wilson has been dating her boyfriend, Josh, for more than three years now. Yet, the loving couple prefers to keep a low profile. As such, the details of their romance remain to be uncovered. However, we hope the couple will come forward and give a deeper insight into their love life soon enough.