If you've been following WNBA, you've probably heard of Margo Dydek. She was a Polish professional basketball who played as a center for many teams in the WNBA. She also served as a coach for the Northside Wizards in the Queensland Basketball League.

Unfortunately, the talented persona is no longer with us. But, what could have caused her untimely demise? Well, many might be eager to know the sportswoman, so in this brief biography of hers, we'll learn more about her professional career as well as personal details. Hence, please stick with us till the end.

The WNBA player was born Malgorzata Dydek on April 28, 1974, in Warsaw, Poland. Margo Dydek's parents are Jan Dydek and Maria Dydek. Likewise, Dydek's father was a restaurateur, and her mother was a seamstress. Interestingly, both her mom and dad were over 6 feet tall.

Margo must have had a fantastic childhood as she grew up alongside her two sisters, Katarzyna Dydek and Marta Dydek. Her elder sibling, Katarzyna, was a Colorado Xplosion player, and her younger sister played basketball at the University of Texas-El Paso. Moreover, it was Katarzyna who inspired Margo to play basketball. At first, she didn't like the sport much but eventually changed her mind.

Talking about her education, the late player didn't reveal much information.

Margo Dydek Net Worth And Career

Margo was doing great in every game, and her career helped her gain immense fame and fortune to her name. Well, we can presume that Margo Dydek's net worth was a notable figure.

The late athlete began her career with Olimpia Poznan in 1992 before moving on to play for Valenciennes Orchies from 1994 to 1996. She then went to Spain and played for Pool Getafe in 1996. In 1998, she returned to Poland and started competing for Fota Porta Gdynia.

Furthermore, in the 1990-2000 FIBA EuroLeague season, Margo averaged 18.5 points and 10.7 rebounds for Gdynia. She was also awarded the Most Valuable Player of the 1999-2000 Polish League Finals. An Italian magazine also named Dydek the greatest female basketball player in Europe in 1999. She was also named Poland's Sports Woman of the Year the same season and was a part of the Polish Women's national basketball team until 2007.

After much success in Europe, the basketballer traveled to the US in May 1998 for WNBA pre-draft camp. There, she was chosen as the number one pick by Utah Starzz. In her rookie year, she averaged 12.9 points and 7.6 rebounds, while setting the WNBA record for blocked shots with 114. Similarly, that record remained unbroken for 16 years until Brittney Griner swatted 129 shots in the 2014 season.

Afterward, the Poland native played for San Antonio Silver Stars and Connecticut Sun. Moreover, the sports personality became a leader in block shots nine times during her first ten years in the WNBA. The player also appeared in two All-Star Games and was also chosen to two WNBA All-Defensive Teams. Dydek then joined the Los Angeles Sparks on June 3, 2008, but only appeared in two games during her final season in the league. Nevertheless, she still owns the record of all-time leader in blocks with 877.

As mentioned, the Polish player was also a coach for the Northside Wizards in the Queensland Basketball League. Likewise, a WNBA player earns $129,648 on average, as per Yahoo! Looking at her playing career and her outstanding performance in most of the games, Margo's salary must have been significant. Hence, Margo Dydek's net worth likely was a substantial amount.

A'ja Wilson is one of the well-known basketball players who has earned a considerable sum.

Was Married And Mother Of Two

The skilled WNBA player was married to David Twigg. The lovebirds met while Margo was playing for Valenciennes Orchies in France in the mid-1990s. The couple led a modest and private lifestyle, so not much has been revealed about Margo Dydek's husband. Still, from what we know, the duo used to live in Brisbane. 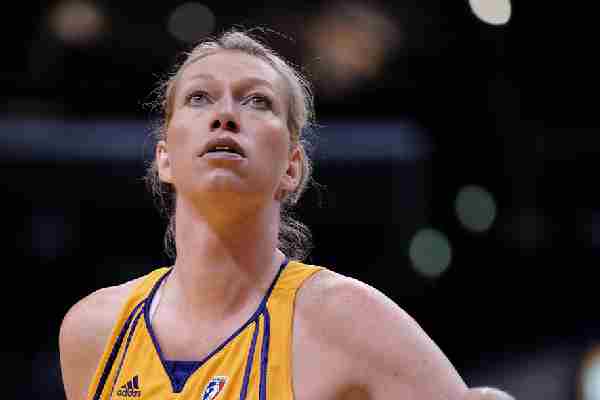 During their marital years, the pair welcomed two boys. David and Margo Dydek's eldest son, David Twigg Jr., was born in 2008, and their youngest kid, Alexander Twigg, arrived in 2010.

The former WNBA athlete was doing great in her career and personal life. Amidst that, Dydek suffered a major heart attack while pregnant with her third child on May 19, 2011. Afterward, she was immediately placed in a medically induced coma. Unfortunately, after eight days of the incident, the player died on May 27, 2011. Sadly, her unborn baby also didn't survive.

At the time of her demise, Margo Dydek's children were only three years and seven months old, respectively. Following her demise, Sparks' then-vice president and former player Penny Toler issued a statement calling her a great player and one of the kindest people she had the opportunity to play against and later work with.

Margo is no longer with us, yet her WNBA journey can never be forgotten. She is remembered by many till now. Though her husband and their sons have remained away from the limelight, we hope they are doing great in their life.