Penny Taylor is a retired WNBA player who also played in the WNBL and Olympics. Photo Source: Social Media.

Ball games have always been men's domain. They enjoy the fame, fortune, and everything that comes with a sports career. However, women are also striving forward to make their name in sports. And one of such talented players is Penny Taylor.

Taylor created a whole new sensation in both WNBL and WNBA. She has also represented her country in Olympics two times. Moreover, the basketball athlete also coached for a few years in her career. Aside from her playing career, she is well-known for being the wife of WNBA star Diana Taurasi.

So, let's go through Penny's family background, career, and relationship in this biography.

The basketball player was born Penelope Jane Taylor on May 24, 1981, in Melbourne, Victoria. She is the second child of her English parents. Moreover, Penny Taylor's late father, Michael Taylor, died in December 2014 due to lung cancer. He did not have much knowledge of basketball but still was her no.1 supporter.

Likewise, Penny Taylor's late mother, Denna Noble, was also battling ovarian cancer for a long time. She finally succumbed to the illness and passed away in May 2013. 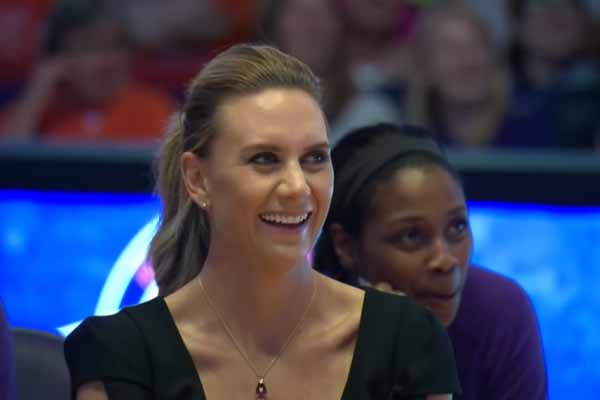 Penny has an older sister named Heather Taylor and a younger brother named Phillip Taylor. She is also close with her nieces and nephews.

The sportsperson began her basketball journey with the Belgrave South Red Devils Basketball Club at four. She eventually joined the Nunawading Spectres. Afterward, she continued her playing spree in Upwey High School.

After graduation, the teen received a scholarship to the Australian Institute of Sport (AIS). She soon began her WNBL career with the team in 1997-98.

Penny Taylor Net Worth And Career

The Australian native has competed in numerous championships in her playing career. She kicked off her career with WNBL before making it into WNBA. Moreover, the sportswoman played for thirteen seasons as a professional. In addition, she toured all around the world throughout her active years.

Hence, Penny Taylor's net worth must be a notable figure thanks to her sports career. Her income must have also benefitted from her coaching job.

Speaking of Penny's spouse, Diana Taurasi is one of the highest-paid WNBA players. She signed a two-year contract worth $449,544 in 2021 with the Phoenix Mercury. Moreover, the basketball star's base salary for the 2021 season amounts to $221,450.

Hence, Diana Taurasi's net worth stands at a gigantic $1.5 million.

Aforementioned, Penny made her WNBL debut with the Australian Institute of Sport (AIS) in the 1997-98 season. She became WNBL champion a year later, in 1999. Afterward, the basketball player switched to Dandenong Rangers and played for them till 2002. She was named WNBL MVP twice and received two WNBL Top Shooter Awards.

The Cleveland Rockers drafted the WNBL champ in the 2001 WNBA Draft. She played for three seasons before the Phoenix Mercury picked her in 2004. It marked the beginning of Taylor's era in WNBA competitions.

Here are some of her career highlights.

Aside from WNBA, Penny has been the Australian team, Opals' member for many tournaments. Her most notable accomplishment was winning the 2006 World Championship. Furthermore, the champ participated in Olympics in 2004 and 2008. She assisted the team in winning silver medals on both events.

The Mercury player also had to sit out for some seasons due to injuries. For instance, she had to opt out of the 2012 Summer Olympics due to a knee injury.

Eventually, the basketball pro announced her retirement at the end of the 2016 season. As a result, the Phoenix Mercury hosted a grand retirement ceremony for her in July 2017.

Although she left the sports, Penny Taylor's net worth must have risen during her professional years.

The retired player made her return with her former team, the Phoenix Mercury, in 2017. She was appointed to be the team's Director of Player Development and Performance.

The Olympian coached Mercury for a season before taking a year's leave in 2018. She returned as an assistant coach in April 2019. 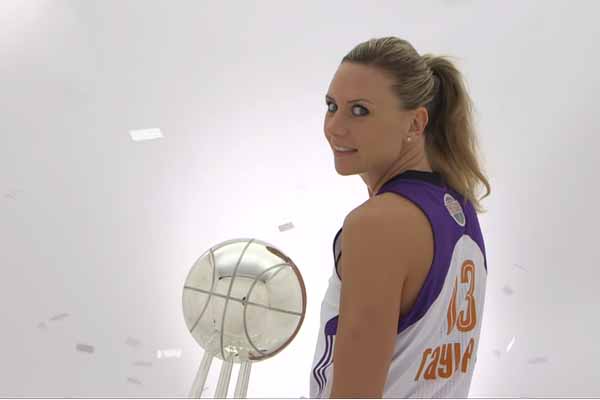 However, the coach struggled between balancing her family and professional life. As a result, she left her coaching job to focus on being a full-time mother in 2020.

Although her coaching profession was relatively short, Penny Taylor's income must have been a considerable figure.

Like her professional basketball career, Penny's relationship made headlines right from the beginning. She and her then-girlfriend, Diana, have been teammates since 2004. However, they weren't initially involved in a romantic affair.

Before dating Diana, Taylor was married to a Brazilian volleyball player Rodrigo Rodrigues Gil. But, the ex-couple divorced after three years of wedding.

The retired basketball pro then found her solace with Taurasi. After dating for several years, the couple wedded on May 13, 2017. 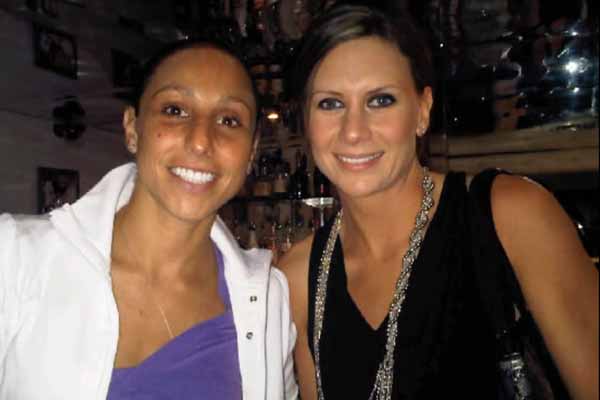 Penny Taylor's wife, Diana Taurasi, is also an Olympian and has won five Olympic gold medals. Her recent victory was with Napheesa Collier and others at the 2020 Tokyo Olympics.

The duo is supportive of each other's careers and often shows their admiration in media. Both follow a vegan lifestyle and often pose on red carpets together.

The former coach gave birth to her firstborn on March 1, 2018. Her son Leo Michael Taurasi-Taylor has been a life-changing miracle for both parents. Moreover, the latter often attends his mother, Diana's matches with Taylor.

The Australian player revealed her second pregnancy on July 26, 2021. She and her partner shared their second baby's nursery with the media.

Penny's daughter was born on October 9, 2021. Taurasi joined her wife's side a few hours after winning the Game 5 semi-finals of the 2021 WNBA Finals. 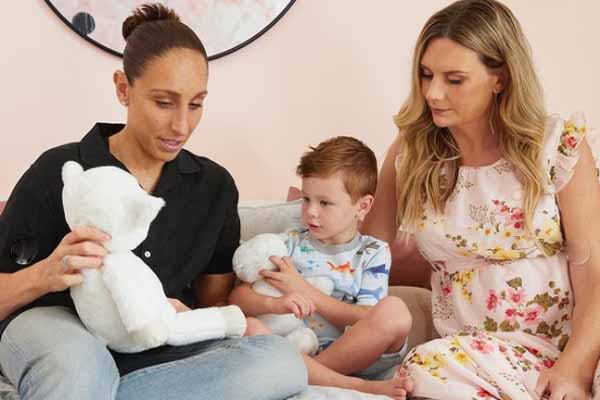 Penny Taylor enjoyed a successful career run for more than two decades before retiring. She is currently a full-time mother prioritizing her children. Nonetheless, we will undoubtedly see her on the basketball court, cheering for her spouse.