Succession is a popular American satirical comedy-drama series that has bagged 25 nominations for the 2022 Emmy Awards. One of the show's stars is J. Smith-Cameron, who received her first Emmy nomination in the Outstanding Supporting Actress in a Drama Series category. Well, today's article is not about her.

Instead, it is about J. Smith-Cameron's husband, Kenneth Lonergan. Lonergan has also been involved in the entertainment business for a long time now. But, did you know his wife has starred in his plays? Keep reading this biography to discover more interesting facts about him.

Kenneth was born on October 16, 1962. He was welcomed by Theodore Lonergan and Peggy Milch Porder. As per TV Guide, he has a brother named Peter Lonergan. Furthermore, Kenneth Lonergan's parents divorced when he was very young. Following that, his mom got married to Michael Porder. Later, Lonergan's half-brother, Stephen Porder, was born in 1971.

While Peter's information remains hidden, Lonergan's half-brother is an environmental scientist at Brown University. Plus, his mama and stepdad had adopted a girl, who was a friend of Michael's three children, whom he had from an earlier marriage. Additionally, the filmmaker has two stepsisters from his dad's side, and they reside in California. Kenneth Lonergan's father was Irish and worked as a physician. Unfortunately, he passed away in 2016.

Likewise, Kenneth Lorgan's mother is Jewish and served as a psychiatrist. His maternal grandparents were from Austria and Russia. Kenneth's great-grandfather started by selling books out of a wheelbarrow on the Lower East Side and later ended up with a thriving publishing company. Also, some of the director's plays seem to have been created from his personal details. For example, he is from a Jewish-Irish household, and in Margaret, the protagonist is half-Jewish. Several other instances can support this claim.

Lonergan was raised by his stepfather and mom, who were both psychiatrists. He often jokes about being raised by the New York Psychoanalytic Society. With all that being said about his early life, now let's know about his educational background.

Kenneth Lonergan Net Worth And Career

Kenneth is a film director, screenwriter, and playwright of American nationality. Lonergan has been active in his profession since 1982. His writing career started in high school. His first ever play was The Rennings Children, which was chosen for the Young Playwright's Festival in 1982. The New York-born director has since come a long way in his career and must have earned a considerable amount. So, let's take a look at Kenneth Lonergan's net worth and earnings.

Upon graduating from NYU, the filmmaker began working as a speechwriter for the Environmental Protection Agency. Lonergan received his first theatrical success from This Is Our Youth. Followed by that, he worked on several plays, namely The Waverly Gallery, and Lobby Hero.

These plays received several nominations. As a writer, Kenneth has also worked on television series, including Doug, Howards End, and Acting for a Cause. He must have earned significantly from these projects. Likewise, apart from the screenwriting job, J. Smith-Cameron's husband has also directed several projects. The following table shows some of the films and their box office collections.

From all these movies, Kenneth must have benefitted really well. As a result, his earnings might have ascended over the years. The screenwriter has also appeared in small roles in Manchester by the Sea, Margaret, You Can Count on Me, and Marie and Bruce. He must have amassed considerably from these projects.

A scriptwriter in the USA earns $66,375 as an average salary annually. Likewise, a director makes $132,216 a year. So, from both of his writing and directing roles, Lonergan's income must be significant. As a result, Kenneth Lonergan's net worth must be a commendable sum.

Married To A Renowned Actress

As mentioned earlier, Kenneth is happily married to the renowned actress J. Smith-Cameron. The lovebirds first laid eyes on each other in 1996. He had seen her performing Craig Lucas' one-act play, Blue Window, at a Manhattan Theater Club. Then, the writer started asking around to see if Cameron might be interested in doing a workshop on one of his plays.

Kenneth Lonergan's wife once recalled their first encounter and described him as a sad little grumpy character who was very outspoken. The couple started to date shortly after, and on June 26, 2000, the smitten pair walked down the aisle. 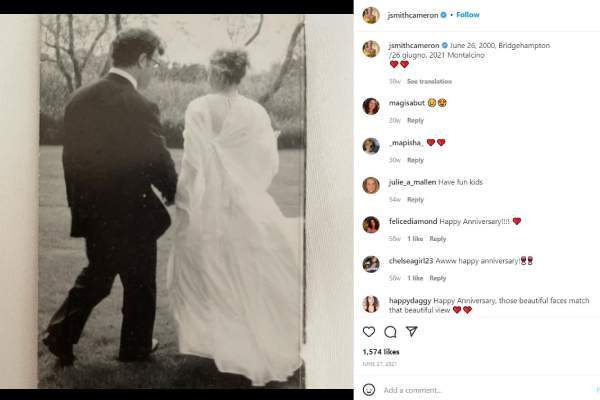 Since then, the married pair has been together through every up and down. Moreover, Mrs. Lonergan also appeared in one of her husband's plays, Margaret. The husband-wife duo is supportive of one another's careers.

Another celebrity who has been married for a long period of time is Katherine Borowitz.

A Proud Father Of A Daughter

After tying the knot in 2000, Kenneth and his spouse have welcomed a baby girl together. Kenneth Lonergan's daughter, Nellie Sharpe Lonergan, was born in January 2002. The couple has kept most of their kid's details away from the media limelight. However, she has often accompanied her parents to several red carpet events. 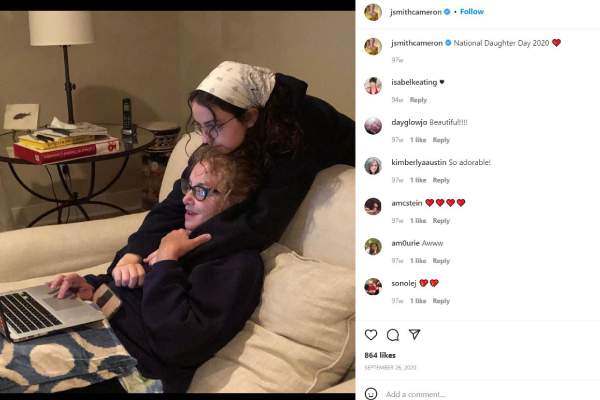 As of 2019, Nellie was a high-school senior applying to college. It is unknown which university she went to, but her mom revealed that she was jealous of people doing the liberal-arts thing. So hopefully, the beautiful girl got into her dream university. Moreover, J. Smith-Cameron's daughter also made a small appearance in Manchester by the Sea and My Friends. So will we see her following in her parents' footsteps in the entertainment world?

All in all, the director must be living a wonderful life. We wish him all the very best for the upcoming projects. May he gain more blissfulness and prosperity in the coming days.