Collette Dinnigan is a name that requires no introduction to the fashion industry. Born Collette Mary Ann Dinnigan, she is one of the most successful and celebrated Australian-based fashion and interior designers. Likewise, the renowned international designer hit the heights of Australian fashion fame in the 1990s and has shown up during the prestigious Paris Fashion Week an impressive 33 times. Moreover, Collette was also one of the contestants of Celebrity MasterChef Australia (season 2), where she ended up in the third position.

Many fashion enthusiasts are aware of her success, but many don't know that hard work and intense attention to detail have enabled her to become Australia's most lauded designer. Therefore, in the following article, let's learn more about Collette Dinnigan's life story, including her personal life and professional career.

Born Into A Family Of Sea Wanderers

The celebrated designer was born in South Africa on September 24, 1965. She was welcomed into this world by her mother, Sheila Dinnigan, and her father, Des Dinnigan. Likewise, Collette grew up alongside her younger brother, Seamus Dinnigan. Furthermore, when she was eight, her entire family lived on their yacht for several years; therefore, she believes she was born into a family of sea gypsies.

Moreover, Dinnigan's family traveled around the southern coast of Australia and decided to settle in New Zealand. Also, Collette Dinnigan's mother had a modeling agency and designed textiles, whereas her father was Irish. Likewise, talking about the designer's educational background, Collette graduated from a fashion design course at Wellington Polytechnic as she always liked fashion designing. After a few years, she moved to Sydney and started working for the Australian Broadcasting Corporation's costume department.

Collette Dinnigan Net Worth And Career

The Australian fashion designer has earned respect and admiration from many critics for her creations. Her breathtaking designs have been worn by fashion icons worldwide, including the Duchess of Cambridge, Princess Mary of Denmark, Naomi Watts, Angelina Jolie, and Beyonce, to name a few. Alongside gaining recognition, Dinnigan also has earned a notable amount from her successful fashion career. Therefore, let's explore more about Collette Dinnigan's net worth and earning sources.

The blonde beauty's career started in 1995 when she became the first Australian to launch a ready-to-wear collection in Paris, alongside being the first to be asked to be in the ready-to-wear parade in Paris. Likewise, her range was carried by David Jones department stores in addition to her stores in Sydney, Melbourne, and London. Later, Dinnigan launched her first store on Greg Street in 2001 in Sydney's Paddington and imported stuff to her fashions to Harvey Nichols in London, Barneys New York, and Hong Kong.

Moreover, UK retailer Marks & Spencer invited the fashion icon to create a branded lingerie collection exclusively for their stores and Target stores in Australia in 2002. As such, she launched Wild Hearts, which recorded impressive sales. Likewise, Collette Dinnigan's dresses were always of high quality.

Sadly, the exceptional designer scaled down her business significantly at the end of 2013, closing her boutiques in Sydney, Melbourne, and London and stopping producing her evening wear and bridal lines. As a consequence, almost 80% of her staff lost their jobs. Later, the South Africa-born personality stressed that she wanted to spend more time with her family and that the company was still thriving and debt-free.

After quitting her fashion career, she shifted her focus to writing children's books, making ceramics, and cooking. As a result, Collette contested and shined thoroughly in the second season of Celebrity MasterChef. She has also launched several products, including candles, and wrote books from which she makes money. Now, let's take a look at some of her products alongside their prices.

Moreover, she must have amassed significant earnings from the items' sales. In addition, the average salary of a person working as a fashion designer in Australia is $64,699 annually. Hence, Collette's salary must also be notable. Besides finishing third in Celebrity MasterChef, she must have taken home considerable prize money.  Likewise, with her successful working years as a fashion designer and new ventures, Collette Dinnigan's net worth is expected to be massive.

Similarly, Alex Perry is another fashion designer with significant earnings.

As Collette happens to be one of Australia's most celebrated, successful, and respected fashion designers, fans and paparazzi have always snooped and shown interest in her love life. As a result, several people are intrigued to know about Collette Dinnigan's spouse. So who is the talented designer's partner?

Well, Dinnigan shares a happy and successful marriage with her spouse, Bradley Cocks. After dating for almost four years, the duo exchanged their wedding vows in Positano, Italy, in July 2011. Furthermore, Collette Dinnigan's husband is a hotelier and the owner and managing director of BDAC Media. He is also a business and marketing strategy consultant with over 15 years of experience in delivering brand value and results for global companies. Also, Mr. Cocks graduated from the University of Technology Sydney and has been doing exceptionally well professionally, just like his wife. 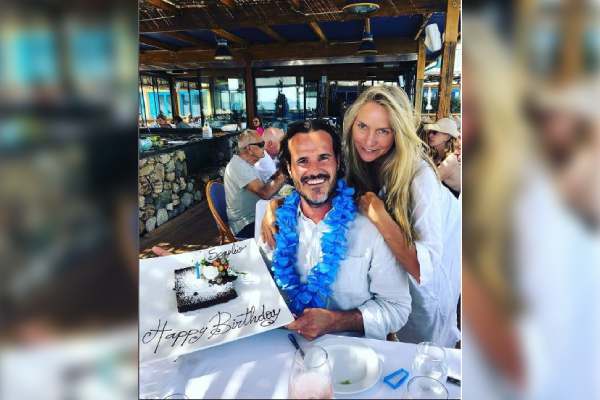 Nonetheless, the lovebirds are head over heels in love with one another and are each other's most powerful support system. They have selflessly been there for their partners, and their love is ever-growing. Similarly, Dinnigan, who had previously dedicated all of her attention and energy to creating her fashion empire, now has the secure foundation she has yearned for, thanks to the duo's never-ending love, romance, and chemistry. All in all, we hope their marriage lasts a lifetime.

Previously, Collette wed Bernie Lynch, a musical artist and former guitarist of the Australian band, Eurogliders. She was only in her 20s at that time. However, the ex-pair's marriage didn't last long and they separated.

The Australia's queen of fashion has not just focused and dedicated herself to her career, she is also extremely devoted and loving towards her two children. With her former partner Richard Wilkins, she welcomed a daughter, Estella Sophia Dinnigan Wilkins, and with her present husband, she has a son named Hunter Cocks. Furthermore, the fashion sensation is a loving mother to her kids and always separates time to spend with them. 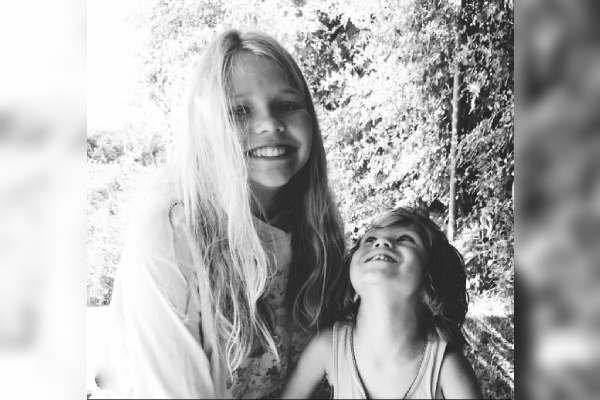 Collette Dinnigan's daughter was born on August 2, 2004, and is living her life individually. She is also an avid horse lover and has won several awards in show-jumping competitions. Apart from this, not much has been revealed about Estella however, she does have an impressive social media following. On the other hand, Dinnigan's son, Hunter, was born in November 2012. As he is very young, it is too early to talk about his professional career.

To conclude, Collette is a woman of substance who knows how to balance her personal life and professional career perfectly. She is undoubtedly inspiring many young people, and many girls already look up to her. Furthermore, she even scaled down her business to spend more time with her family, which just shows how devoted she is to her loved ones. We hope all of us can learn to be dedicated, passionate, and fierce like the fashionista. We are sending light, luck, and love to the entire Dinnigan family.