Known for his performance for the Atlanta Braves and Los Angeles Dodgers, Dusty Baker is an American Major League Baseball manager who currently manages the Houston Astros. Image Source: Flickr.

Baseball has seen a lot of players transition into managers over the years, but none quite like Dusty Baker. Baker, known as the Giants' heart, has dedicated his entire life to pursuing his passion for baseball and turning it into a successful profession.

The former player is currently the manager of the Houston Astros. But, first, let's look at Dusty Baker's biography to see how his career has transpired over time.

Dusty Baker Is The Eldest Of Five Children

On June 15, 1949, Johnnie B. "Dusty" Baker Jr. was born to Johnnie Baker Sr. and Christine Baker in Riverside, California. Dusty was born into a strict home with four siblings. He did, however, have three step-siblings in addition to his own brothers and sister.

Baker was the oldest of seven siblings, including Robie Baker, Victor Baker, Millard Baker, Tonya Baker Orozco, Taria Baker Michalet, Ritche Lawrence, and Shunda Baker. We can only imagine how eventful Baker's childhood must have been with such a big family.

However, as the eldest son, Dusty was expected to look after his brothers and sister, and any failure to properly look after them would result in his father punishing him. Baker's father worked as an Air Force sheet-metal technician at Norton Air Force Base and was a strict individual.

Johnnie Sr. eventually admitted that he had been hard on his son in later years. Sadly, he passed away on November 17, 2009, surrounded by his wife and children. 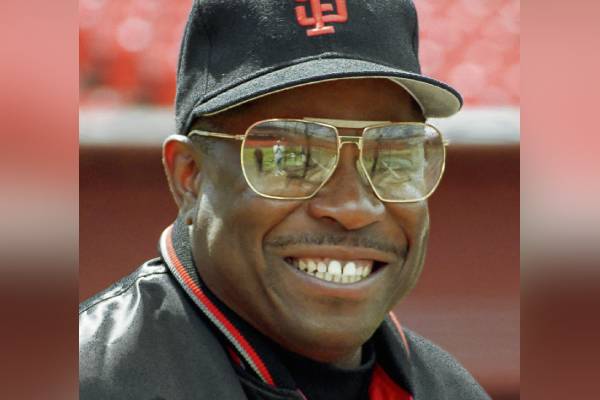 Dusty Baker's father was a strict individual who expected him to take care of his siblings. Image Source: Wikimedia Commons.

When Dusty was 14, his father lost his job, and his family moved to the Sacramento area near McClellan Air Force Base, where he received his education. However, life was not easy for the present Astros manager as he and his brother Robie were the only black kids in their high school and were often victims of racism.

Johnnie attended the Del Campo High School, where he excelled in baseball, basketball, football, and track. The former athlete was so outstanding on the field that Santa Clara University awarded him a basketball scholarship. And despite his father's wishes for him to attend college, Baker opted to pursue his passion for baseball instead, launching a long and successful career.

Dusty Baker Net Worth and Career

Dusty Baker spent his initial baseball years as an outfielder, mainly with the Atlanta Braves and Los Angeles Dodgers. However, after 19 long and prosperous years, he became the manager for numerous teams, including the San Francisco Giants, Cincinnati Reds, Chicago Cubs, Washington Nationals, and Houston Astros.

At present, Baker serves as the Houston Astros manager. The former baseballer led some of the most significant MLB teams to their victories as a player and manager throughout his career. Consequently, Dusty Baker's net worth of $20 million is mainly owing to a legendary baseball career.

Aforementioned, Dusty Baker was picked by the Atlanta Braves in the 1967 amateur draft and debuted as an outfielder with the Braves in 1968 after signing a contract that included a $15,000 signing bonus. Baker served the Braves from 1969 to 1975 and, during his tenure, earned a spot as a footnote.

He later joined the Los Angeles Dodgers, where he played for and led the team to victories in numerous leagues, including the National League All-Star team in 1981 and 1982. Similarly, The Dodgers also won three league pennants in 1977, 1978, and 1981 with Baker's help.

Moreover, Dusty Baker won the first-ever National League Championship Series MVP award in 1977. He eventually won the World Series title in the year 1981 together with the Dodgers.

Baker decided to retire as a professional baseball player after sixteen full seasons with the Braves, Dodgers, and a brief tenure with the San Francisco Giants and Oakland Athletics. 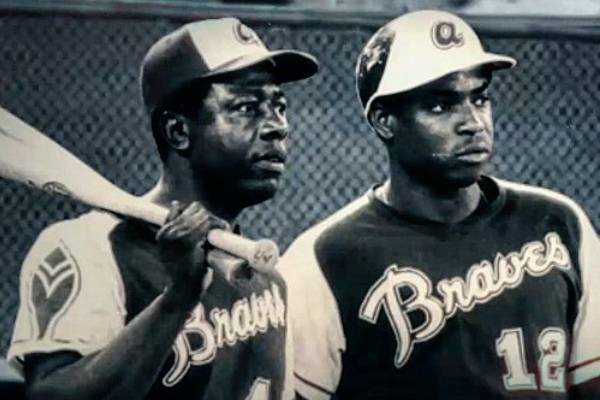 Dusty Baker began his professional baseball career right after college and played for 19 years, so he must have acquired a substantial wealth. Image Source: Social Media.

Despite this, the former professional baseball player spent 19 years in the outfield for several teams. So, Dusty Baker must have amassed a sizable fortune over the years.

Baker was subjected to unproven drug usage claims and discriminatory treatment, which initially shortened his playing career. Nonetheless, when offered the job as the coach for the San Francisco Giants in 1988, he opted to put his old grudges behind. Consequently, he spent four years with the Giants as the hitting coach.

However, he was named manager in 1993, succeeding Roger Craig, and in his first season with the Giants, he earned the National League Manager of the Year title. Even though his first few years with the Giants were fruitful, his later years were less so, and fans and critics chastised Dusty Baker for his poor leadership.

Similarly, Dusty had strained his relationship with Peter Magowan, the team's owner. As a result, the Giants chose not to continue Baker's contract, replacing him with Felipe Alou. 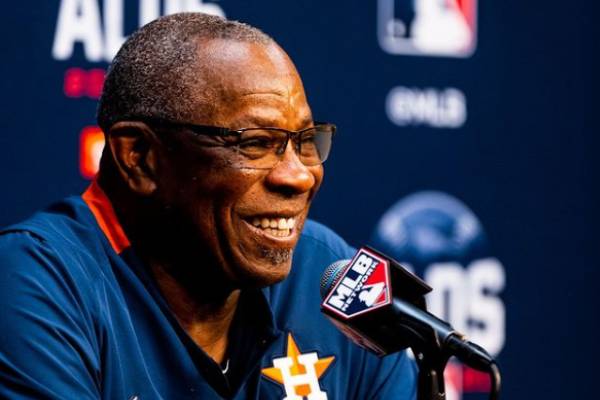 Dusty Baker has coached and managed multiple baseball teams during his career, therefore his net worth of $20 million is largely due to a legendary baseball career. Image Source: Social Media.

After the Giants declined to renew his contract, Baker coached the Chicago Cubs for three years, the same team where DJ LeMahieu began his career as an infielder. The Cub's success was more than outstanding under Baker's leadership. Despite this, the Cubs had nearly the same number of wins and defeats with Baker as manager.

Baker left the Cubs following their 2006 season and subsequently was offered the position as manager of the Cincinnati Reds. The former Cub's manager accepted the post replacing Pete Mackanin. Unfortunately, while the initial years were prosperous for the team, they could not win any matches in the later years.

Unfortunately, Dusty's performance deteriorated over the years owing to his health problems. Consequently, his tenure was short-lived, and he was fired from the Reds in October of 2013.

Take a look at what Noah Jackson, Jeff Kent, and Dave Righetti say about Baker's accomplishment.

After a short tenure, the Nationals announced that Baker would not return as the team's manager on October 20, 2017.

Nonetheless, a year after Gerrit Cole opted to depart the Houston Astros, the Astros selected Baker to replace A. J. Hinch as their next manager on January 29, 2020.

Since his hiring, he became the first baseball manager to lead five teams to the postseason and the first manager to lead a team that finished under .500 to a series win. Furthermore, the Astros extended Baker's contract on July 28, 2020.

As a coach and manager for over four decades, Baker has led his teams to some of the most memorable victories. Owing to his success, he was able to build a legacy and fortune for himself. So, Dusty Baker's net worth of $20 is mainly thanks to his coaching and managing career.

As a baseball tycoon, the Astros manager has earned not just wealth but also reputation, and he has used the publicity well to his benefit. In 2013, Dusty teamed up with winemaker Chik Brenneman to start Baker Family Wines, a boutique urban winery brand specializing in handcrafted and limited productions wines.

The following are some of the best selling items in his store, along with their prices:

However, wine is not the only thing the businessman has to offer through his winery. Baker also provides items such as caps and clothing through the business. In addition, he has an extensive collection of $20 t-shirts and $15 hats.

With tens of thousands of admirers, the business must be booming, and Dusty Baker's fortune is no different. Nonetheless, the businessman has a long way to go, and he will undoubtedly continue to build his legacy in the coming years.

Dusty Baker is one of the top managers in Major League Baseball, having established several outstanding records under his name. So, naturally, people are intrigued to learn more about his private affairs. Therefore, it is no surprise that "Is Dusty Baker Married?" and "Who Is Dusty Baker's Wife?" are the two often asked questions regarding his personal life.

To answer the queries, yes, the Houston Astros manager is married, and he has been since November 27, 1994, to Melissa Grace Esplana Fiesta Baker. The married couple has been living a blissful life since and, Dusty Baker's wife has even attended numerous award ceremonies with her other half.

Unfortunately, the pair have opted to keep their personal lives out of reach from the media. And as Melissa Baker chooses to stay away from the media, not much is known about her whereabouts, but according to some sites, Dusty Baker's spouse is a housewife.

Nonetheless, it is clear that the two are madly in love and are currently enjoying their time in West Sacramento. We wish the fabulous pair nothing but happiness in the years ahead.

Baker's Son Has Followed In His Footsteps

While Baker's marital life details are still a secret, it is a knot fact that the couple has welcomed a beautiful baby boy into the world. On February 11, 1999, Darren Baker was born, and he has since grown up to follow in his father's footsteps. 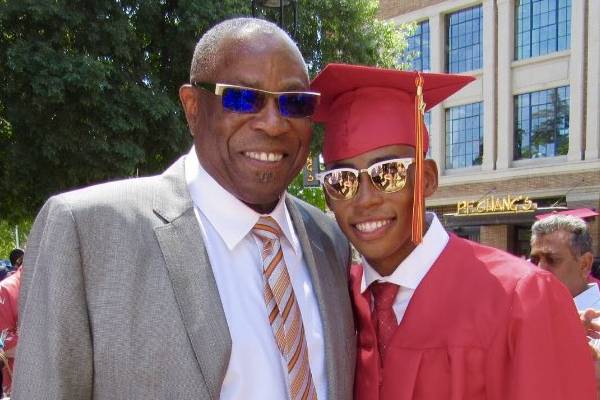 Dusty Baker has been married to Melissa Baker for a long time and together they have a son named Darren Baker. Image Source: Darren Baker Twitter.

Most people know Darren as the 3-year-old batboy rescued from being run over by the Giants' Jack Thomas Snow Jr., aka J.T. Snow, in the 2002 World Series. But he has since grown up to become a California Golden Bears infielder.

Dusty Baker's son considers him his greatest inspiration, and the father-son duo appears to be doing well. Similarly, The Bears' infielder isn't hesitant to express his love and affection for his father on social media, and he routinely tweets about him.

Like Baker, we hope Darren grows up to be successful and look forward to seeing more snippets of them enjoying life in the days ahead.

Baker Has A Daughter From His Previous Marriage

While most people are aware of his present relationship status, few are aware that Dusty Baker was once married to Alice Lee Washington. The reason for their separation is not known, and neither party has ever expressed their feelings about it.

The ex-couple did, however, have a daughter, Natosha Lichon Baker, during their time together. Natosha Baker was born on September 29, 1979, and despite appearing in a few of her father's matches, she chooses to keep out of the spotlight.

Similarly, Baker's ex-spouse also appears to be a person of privacy and has managed to stay away from unnecessary media scrutiny. So, no information such as how or when the ex-pair met is unknown.

Similarly, it is not known whether or not Alice has found her better half but we hope that she has. Dusty, on the other hand, has moved on with Melissa.

For the time being, we wish Dusty luck in his future ambitions and hope he continues to enjoy his time with his wife.