Will Venable is an an American professional baseball coach and former player. He is the bench coach of the Boston Red Sox of Major League Baseball (MLB). Image Souce: Wikimedia Commons.

Baseball is one of the most celebrated and expensive sports in the U.S., and with each passing season of the MLB, the fervor rises even more. But, the game is not only exciting, MLB is also a highly competitive and result-oriented league. Thus, it is hard for many young aspirants to gain fame. However, some players have left their imprint so deep that it serves as an inspiration. Will Venable is one of them who has influenced other young athletes.

The talented sportsperson had a solid start in his MLB career right from the beginning. Will led his teams to numerous victories in his career. Following the end of his playing career, he began his coaching stint, which has also been successful so far.

Hence, let's unravel a few more things about Will in this short biography and his odyssey from an outfielder to coaching some of the renowned MLB teams.

Comes From A Family Of Athletes

The talented coach was born William Dion Venable on October 29, 1982, in Greenbrae, Califonia, USA. His parents, Max Venable and Molly Venable welcomed him into this world. Will Venable's father is a former professional baseball outfielder and designated hitter. As his dad is from the same sports background, he must have been influenced to continue his old man's legacy.

Moreover, Will grew up with his younger brother Winston Venable. The latter is a football coach and former linebacker who previously served as the running backs coach and player development director at Boise State University.

Talking about his education, the former baseballer went to San Rafael High School, where he was a two-sport athlete. He focused more on basketball and was a second-team San Francisco Bay Area All-Metro basketball player for San Rafael High. Not only that, he also became the MCAL's most valuable player in basketball as a freshman, sophomore, and junior.

Later, Venable graduated with a B.A. in anthropology from Princeton University.

What Is Will Venable Famous For?

As mentioned earlier, the Greenbrae native has been into sports since high school. At the beginning of his journey, he envisioned himself as a basketball player and only resumed playing baseball at college. In basketball, the young guy finished 26th in the college's history in scoring with 1,010 points, eighth in assists, and fourth in steals.

As a baseball player, Venable competed in the NCAA baseball tournament in his sophomore and junior years. His impressive college stats led him to be drafted by San Diego Padres in 2005. His popularity skyrocketed while playing as an outfielder for the Padres, Texas Rangers, and Los Angeles Dodgers.

Similarly, the athlete has the most MLB career hits and home runs of any Princeton graduate. Now, let's learn more about his professional journey and income.

Will Venable Net Worth And Career

The former player started his professional career in minor league with the Arizona League Padres of Arizona League in 2005. After playing 15 games for Arizona, he was soon promoted to the Eugene Emeralds of the Single-A Northwest League. In 2006, he switched to West Oahu Canefires of the Hawaii Winter Baseball.

After playing for several other MiLB teams, including Portland Beavers, Venable made his MLB debut with San Diego Padres on August 29, 2008. On his debut match, he tripled in his first at-bat and came around to score a run. His first home run in the league was in September 2008.

The former Padres athlete went on to play for three more baseball teams in MLB. He competed for Texas Rangers, Philadelphia Phillies, and Los Angeles Dodgers. His MLB career stats include a .249 Batting Average, 81 home runs, and 307 RBI.

Now, let's look at Will Venable's salary during his time with the San Diego Padres below:

In 2016, Will signed one year contract worth $507,500 with the Los Angeles Dodgers. Afterward, he ended his playing tenure and switched to a coaching career.

Earnings As A Coach

In September 2017, the Chicago Cubs named Will as a special assistant to the club's then-president Theo Epstein. The club assigned him to the first base coach and third base coach in the following years. In November 2020, he was hired as the Boston Red Sox's bench coach. The talented personality managed his first MLB game in May 2021. He filled the place of Alex Cora in a game against the Miami Marlins; the Red Sox won 3–1.

As a bench coach is supposedly earning around $150K to $250K per season, Will's salary from Red Sox must also be significant. Hence, Will Venable's net worth must be notable as well. Moreover, according to Jon Heyman, Venable is a possible candidate for the new managerial post at Rangers. The position was vacant after the club fired its previous manager Chris Woodward.

So, will we see Venable transitioning from bench coach to manager in the coming days? Our best wishes are with him.

Along with great success in his professional life, Will is also enjoying his personal life. The former baseball player is happily married to his spouse, Kathryn Venable. The pair exchanged their vows back in 2013. Besides that, not many details have been disclosed regarding their wedding. 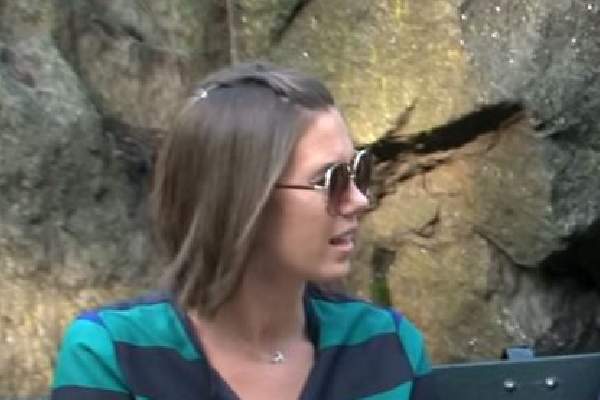 Similarly, the Venable couple is not active on social media, so diving into their relationship becomes even more challenging. It seems that the duo loves to keep their personal lives to themselves. Or, is it that both don't want to be in any unwanted controversy?

Nonetheless, during an interview with Annie Heilbrunn, Will Venable's wife revealed that his daily routine is sleep, eat, baseball, eat, sleep, and repeat. From the interview, we can see Kathryn supports her hubby's profession and is lucky to have him. We wish the lovebirds the best of luck in the upcoming days.

Alongside having a beautiful wife, the Red Sox coach has been blessed with one child. Will Venable's daughter, McKinley Venable, was born on August 6, 2015. Moreover, the former took a paternal leave and left the club to be with his partner at the time of their little girl's arrival. He likely dotes on his kid a lot.

Nevertheless, Will and Kathryn must be raising their baby girl with utmost care. Their little one must be immensely fortunate to have such supportive parents. Plus, since the Venable pair are very much private, have they welcomed any other kids in their family?

Overall, Venable must be living a comfortable life with his daughter and spouse. As he has been succeeding profusely as a coach and is even considered a possible candidate for a managerial position, his future in the league seems brighter. We wish his career ascends to even greater heights in the days ahead.