Fredi Gonzalez is serving as the bench coach for the Baltimore Orioles. Image Source: Wikimedia Commons.

Major League Baseball has seen many coaches and managers over the years. However, there certainly hasn't been anyone like Fredi Gonzalez. He has led some outstanding baseball teams to victories during his coaching career.

Fredi is a Cuba-born American baseball manager and coach and is currently serving as the bench coach for the Baltimore Orioles. Previously, he worked for the Marlins and Atlanta Braves for several years. Although Gonzalez was highly qualified, he was fired by the Marlins and Braves from his managerial position.

So, what caused Fredi Gonzalez's firing from the baseball clubs; let's find out in this short biography.

Has A Supportive Family

The talented sports personality was born Fredi Jesus Gonzalez on January 28, 1964, in Holguin, Cuba. He was welcomed into this world by his parents Caridad González, and Fredi González Sr. During the Q & A section with David O'Brien, he revealed that his dad and mom were very excited when they learned about him managing the Braves. Also, he grew up with his sister and brother in Miami, Florida.

Likewise, the Cuban-born baseball coach graduated from Southridge High School. In 1982, he was selected by the New York Yankees in the amateur draft. He became a catcher for six years in the Yankees farm system. The sportsman was attending online classes at Immaculata University as of 2019.

After Joe Girardi was fired in 2006, Fredi was declared the manager of the Florida Marlins. This was also his first managerial position in the league. Similarly, in the 2007 season, he replaced Willie Randolph, who was undergoing shoulder surgery, as the coach for the NL All-Star team. However, in June 2010, he was fired as Marlins manager.

Despite leading the team to many wins, the Marlins decided to replace González with Edwin Rodriguez as the interim manager. He ended his tenure as the second-most winningest manager in Marlins history. That was not the end of Fredi's managerial journey; Atlanta Braves soon approached him. In October 2010, he officially joined the Braves, replacing Bobby Cox, who was in the retiring phase of his career.

He guided the Braves to an 81⁄2-game lead in the National League Wild Card race in his first season. However, the team suffered a big loss against World Series champion St. Louis Cardinals on the final day. Similarly, Gonzalez managed the Braves in 2012's National League Wild Card Game at Turner Field. In October 2013, the talented manager's first major league postseason win came.

His team won the game by 4–3 over the Los Angeles Dodgers at Turner Field in Game 2 of the National League Division Series.

However, the Holguin native was fired by the Braves in 2016. As of 2022, Fred is serving as the bench coach for the Baltimore Orioles. Now, let's learn more about his career and earnings.

Fredi Gonzalez Net Worth And Career

After two years as a graduate assistant coach for the University of Tennessee Volunteers, Fredi began his managerial career in 1990. He took over the Miami Miracle of the Florida State League. Then, he was hired by the Florida Marlins organization in 1992.

Afterward, Fredi managed numerous minor league teams like Erie Sailors, Portland Sea Dogs, and many more. After success as a minor league manager, he moved to a big league club as a third coach in 1999. Following his departure from Marlins, Gonzalez worked with the Braves' Richmond affiliate. Then he moved to the major league Atlanta club early in the 2003 season.

As mentioned earlier, the baseball personality joined the Florida Marlins in 2007. After serving there for three years, he worked for Atlanta Braves from 2011 to 2016. As of now, he is the bench coach for the Baltimore Orioles.

The Southridge High alumnus has managed some of the most significant MLB teams in his career. Hence, looking at his teams' victories, one can assume that his fortune must be considerable. Likewise, the average income for an MLB manager is $78,598 per year and the earnings of a bench coach falls between $150K to $250K a season. Thus, Fredi's salary must be significant as per his contract with Baltimore Orioles.

Likewise, Fredi Gonzalez's net worth must also be notable.

The Orioles coach has been in the limelight for more than three decades. So, whether the talented manager likes it or not, his personal life and affairs are a topic that interests millions of people. Speaking of his relationship status, he is a married man.

The handsome coach enjoys a blissful marital life with his beautiful partner Patricia Gonzalez. The duo tied the knot back on January 28, 2017. Both likely dated for a while before getting hitched. Apart from that, nothing much about the pair's marital life has been revealed yet. 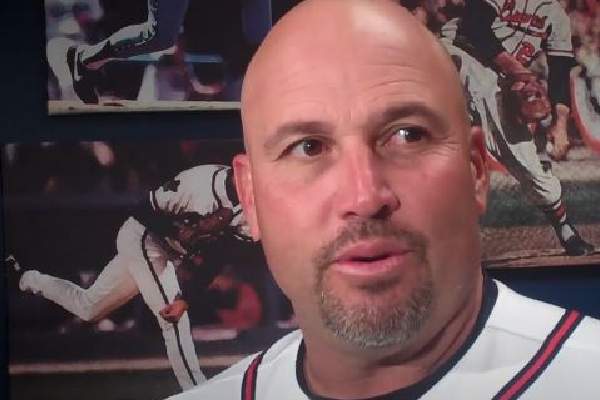 Moreover, Fredi Gonzalez's wife, Tricia Gonzalez, has done an excellent job of avoiding the media. Still, she must be supportive of her husband's career. Overall, they have an enduring and thriving marriage, and we hope the lovebirds will stay together forever.

Before Patricia, the baseball coach was married to Pamela Miller. The ex-couple was married for over a decade.

Aside from coaching one of the most significant baseball teams, Fredi is a family man. The former Marlins manager is a proud father of two, whom he shares with his ex-wife. Fredi Gonzalez's children are Gabrielle Gonzalez and Alex Gonzalez. Furthermore, after marrying Patricia, he became a stepfather to Christina, Erica, and Juliette.

Fredi prioritizes his kids above everything else. For instance, he stepped away from a game to attend his son's graduation from Ole Miss in 2017. Prior to that, Fredi also missed the game against Giants to attend his daughter's graduation ceremony from Georgia Southern University.

However, he seems to keep his kids away from the spotlight. Nevertheless, we hope the coach's children will succeed more in their respective fields.

Overall, Fredi Gonzalez must be enjoying a comfortable life with his family. We also wish he will get more success in his professional career ahead.