Pauls Jonass is a Latvian professional motocross racer. He is the winner of the 2017 MX2 World Championship. Image Source: Pauls Jonass Instagram.

Motocross World Championship is a well-known sport and a premier tournament of motorcycle road racing events. With an immense reputation, the sport has managed to wow everyone with talented riders and some brilliant bikes.

Likewise, today's article revolves around the life of a well-known professional motocross rider, Pauls Jonass, hailing from Latvia. He has been competing in the Motocross World Championships since 2014. Despite being so famous, there are still some people who might not be familiar with his career and personal life. So, in this short biography, we have highlighted Jonass' necessary details.

The handsome MXGP racer was born on January 13, 1997, in Kalvene, Latvia. He was welcomed into this world by his father, Kaspars Jonass. and mother, Daina Jonase. Furthermore, he has time and again shared that he has the best dad in the world who will always have his back; without him, Jonass wouldn't be where he is now.

Moreover, he grew up with his two sisters, Ilze Jonase and Kate Jonase. The siblings seem to have a tight-knit bond and often share photos together. 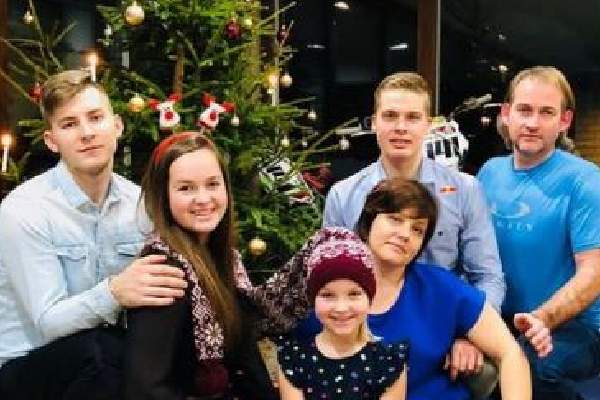 As for his education, he went to Aizputes Vidusskola, according to his Facebook profile. Pauls has also shared that he would have continued studying as a student if he hadn't pursued motocross racing.

How Did Pauls Gain Fame?

The talented rider has been racing in the world of motocross for well over a decade. Jonass won the 2006 Estonian Championship and secured 3rd place in the Latvian Championship (65cc) the same year. Since then, he has had many achievements under his name. He debuted in the MX2 world championship in 2014, rapidly progressing to become MX2 World Champion in 2017.

Since he mainly competed in the MX2 class prior to his advancement to MXGP, most of his significant accomplishments are from his races in that class.

Pauls Jonass Net Worth And Career

As mentioned earlier, the good-looking athlete has been racing since 2006 and turned pro in 2015. Jonass became the Latvian and Estonian champion (65cc) and finished in 2nd place in the European championship in 2007. He took his speed to the next level and outperformed the finest competitors in the sport to win his maiden ADAC MX Masters championship in 2011.

At the age of 18, Pauls signed with the Red Bull KTM in 2015 for the next five years. He participated in MX2 World Championship the same year and earned 2nd place. Similarly, he was the leader of the series half of the season. Sadly, in 2016, he was forced to miss half of the season due to a severe head injury.

The injury cost him valuable points in the championship, making him end up in fifth place. However, in 2017 the Kalvene native finally emerged victorious and gained his first MX2 World Champion title.

In 2019, the sports personality started working for Husqvarna Motorcycles GmbH and made his debut in the MXGP World Championship series. Now, let's take a look at some of Paul's motocross results from the recent years, highlighted in the table below:

The average annual salary for motocross racers is $85,000; therefore, Jonass' earnings must also be within that range. Plus, he makes quite a lot from his endorsement deals with various brands and partners. For example, he is sponsored by THOR Motocross, Red Bull Latvia, Karlo Motors, etc. In addition, his contract with Standing Construct Husqvarna must also be paying him well. Thus, based on his accomplishments, events, contracts, and steady career, we can infer that Pauls Jonass' net worth must be enormous.

Apart from his racing career, he earns from his merchandise sales as well. Some of his merch and their prices and listed below:

Jonas' merch is available on his website, and its sales must be benefitting his earnings. Likewise, Calvin Vlaanderen is another MXGP rider with an impressive motocross career.

Is Pauls Jonass In A Relationship?

The renowned racer is handsome, attractive, and pretty talented. Jonass' enduring charm, good-look, and charisma have allowed him to win over the hearts of many people. Similarly, he has millions of fan followers who are curious about his personal life. So who exactly is Pauls Jonass' partner?

Unlike his professional career, Pauls is very private about his personal life. As such, he rarely talks about his love life. However, he once shared a picture with a girl named Evika Jonase on Instagram. Looking at Evika's IG bio, she has mentioned the former MX2 champ with a ring. So, could it be she is Pauls Jonass' fiancée? 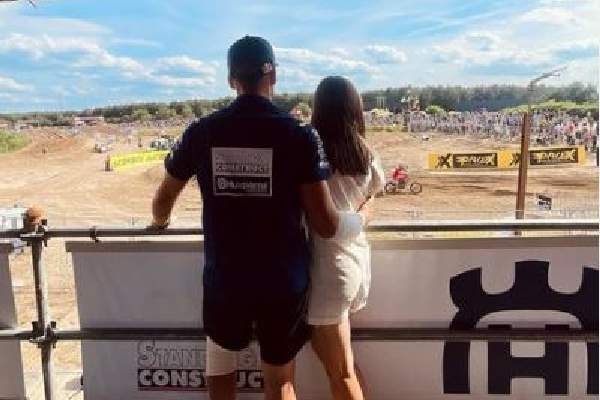 Pauls Jonass seems to be in a relationship with Evika Jonase. Image Source: Pauls Jonass Instagram.

Considering how Evika shares a similar surname as Pauls, who knows, the pair might have even tied the knot. Also, the latter posts more with his siblings and family, and it is unlikely that he has kids. Nonetheless, Pauls appears to be a career-oriented person; we have to wait until he discloses more about his love life.

Overall, the motocross racer, Pauls, must live an extraordinary life with his family. So, let's wish him the best for his upcoming races and endeavors.