Chris Woodward is serving as a manager for the Texas Rangers of the MLB. Photo Source: Wikimedia Commons.

Baseball is one of the most celebrated sports across the US. And with each passing season of the MLB, the fervor rises even more. So many young aspirants idolize the top athletes of their favorite team, aiming to play in the league one day.

However, much like players, the success of a team is attributed to their managers too. Chris Woodward, the manager of the Texas Rangers, has provided beneficial results for his team for several years.

Although Chris did not achieve any significant success during his playing days, he sure hopes to achieve greatness as a manager. So, today we will unravel Chris Woodward's biography and discover his journey from Covina to Texas.

Had you met him during his childhood years, you would not have expected Chris to become one of the most revered names in MLB as he is now. The kid with small stature seldom projected athleticism to his townspeople.

The Ranger's coach was born Christopher Michael Woodward on June 27, 1976. Chris Woodward's parents raised him in Covina, California. However, Chris has not talked much about his family background. Consequently, the names of his mom and dad remain unknown. Similarly, it is not revealed whether he grew up as a single child or had siblings. 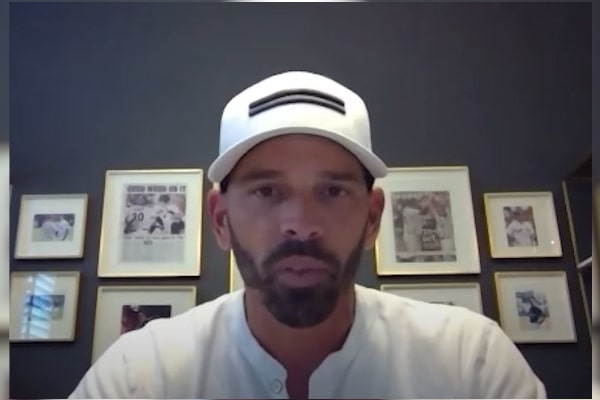 Chris grew up idolizing former Baltimore shortstop Cal Ripken Jr. So when he was in junior high school, Woodward joined the baseball team and played in youth leagues. Afterward, he attended Northview High School, where he honed his skills as a baseball athlete and finally played college baseball at Mt. San Antonio College.

Chris Woodward Net Worth And Career

After completing his studies, the Covina native was selected in the 54th round of the 1994 MLB draft by the Toronto Blue Jays. Nonetheless, it was not until June 7, 1999, that he got to make his MLB debut against the New York Mets. Afterward, he played 12 seasons in the MLB for seven different franchises.

For his decade-long journey in the MLB, the San Antonio graduate must have earned a hefty sum of money. Thus, most of Chris Woodward's net worth is made up of his earnings from the professional baseball scene.

Below is the table showing Chris' salary during his playing days, according to Baseball Reference:

Aside from the above-mentioned, details of Chris Woodward's salary and contract are not disclosed. However, it is likely that all the franchises that Chris played for compensated him with a handsome paycheck.

Chris' Earnings As A Coach

Even though Chris did make decent earnings as an MLB athlete, his wealth did not significantly improve until he started his ventures as a coach. After announcing his retirement on November 1, 2012, he joined the Seattle Mariners organization as an infield coordinator.

But Chris did not stay in the same place for long. He continuously climbed up the managerial ladder and was named coach of the Texas Rangers on November 2, 2018. However, officials did not reveal specifics about his contracts. 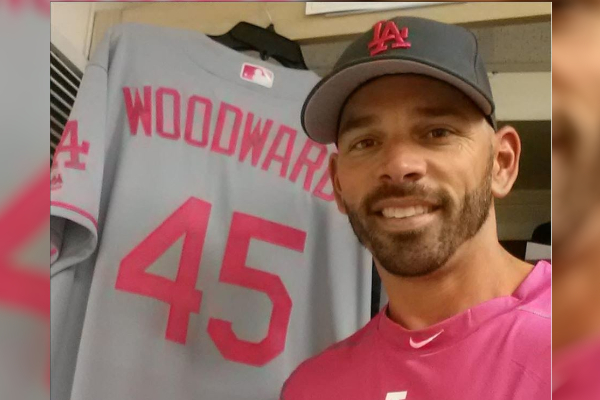 As claimed by AZ Central, the Rangers had paid their previous manager, Jeff Bannister, an annual income of $950,000. Thus, Chris Woodward's salary must be around the same range, if not more. Furthermore, the Rangers gave him a contract extension on November 19, 2021, which probably contributed to his wealth even more.

In August 2022, Woodward was fired by the Rangers midway through his fourth season with them. Following that, Tony Beasley was named the interim manager of the team, who will continue serving in the position through the end of the 2022 season.

Similar to the Covina native, other MLB coaches Brian Snitker, Dave Martinez, Kevin Cash, and many more have also added massive fortune to their name. And with many more years to come, Chris Woodward's net worth will reach even new heights.

Chris Woodward Is A Family Man

The San Antonio graduate remains frantic in his professional life, formulating new strategies and analyzing the Rangers' gameplay. Well, the same can be said about his personal life too. Chris is constantly occupied with his lovely spouse and three kids at home as well.

Chris Woodward's wife, Erin Woodward, also shares a keen enthusiasm for baseball and even manages a Little League team. The husband-wife duo initially met when Chris was playing for the Toronto Blue Jays. And after dating for a while, the Woodward couple decided to tie the knot in 2000.

Within a few years of their marriage, the pair welcomed their first daughter, Sophie Woodward. But conceiving another child proved to be tough. Chris' partner, Erin, suffered over ten miscarriages in just eight years. 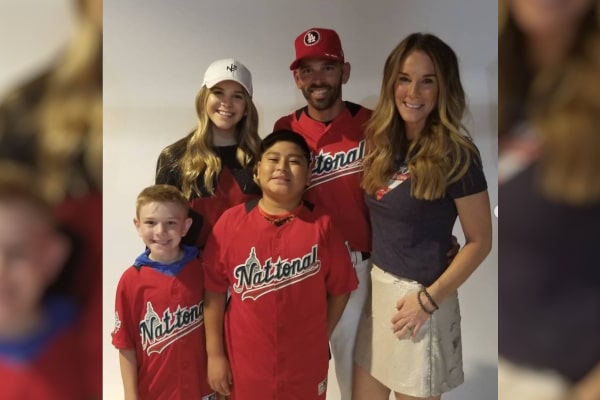 After facing multiple miscarriages, Chris Woodward and his spouse, Erin Woodward, decided to adopt a baby and now they have three kids. Photo Source: Chris' Instagram.

It was around that time that the Covina native considered adopting a baby. As such, Chris and his lover embraced a boy from a mother in Guatemala in 2008. The couple named the child Mason Woodward. Finally, two years later, Chris Woodward's wife, Erin, gave birth to their second son, Grady Woodward.

All of Chris Woodward's children are grown up now and share different ambitions. And we are confident they will harbor as much success as their father. A quick scroll on Chris's Instagram handle, and we can easily see the beautiful bond Chris has with his babies.

Let's hope he will keep providing updates about his family in the upcoming days too.