Dave Martinez, manager of the Washington Nationals in the MLB, has won the World Series twice. Photo Source: Wikimedia Commons.

Retirement, more often than not, does not mean the end for a sportsman. Even though it ends one’s playing days, it opens up new doors and brings many new opportunities. The same thing happened to Dave Martinez, a former Major League Baseball player.

After announcing his retirement from the professional baseball scene, Dave started his new journey as an instructor and bench coach. He climbed up the ranks, proving his worth, and soon became the Washington Nationals' coach.

Today, we will uncover Dave Martinez’s biography and take a glimpse at his journey from pro athlete to revered coach.

All Of Dave's Siblings Are Sports Freaks

Born on 26th September 1964 as David Martinez, the Washington Nationals' coach started playing baseball in Brooklyn, New York, when he was just six years old. Dave Martinez's father, Ernesto Martinez, who had played semi-pro baseball, had seen great athletic potential in all four of his children.

So, it came as no surprise when the Martinez siblings all became heavily involved in sports. Dave went on to make a name for himself in the MLB. Concurrently, his twin brothers, Eric Martinez and Ernie Martinez became high school baseball coaches, while his younger sister, Millie LaBorde, ran a volleyball program.

During his time in New York, Dave played in the Little League series for Brentwood Youth Activities (BYA) and had hoped to continue with the team for another season. However, his parents moved the family to Orlando, Florida, when he turned 13, so he was forced to choose another club. 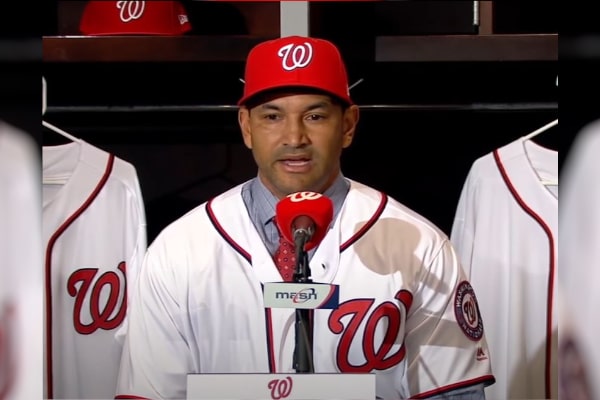 Dave Martinez's mother, Lilly Martinez, has previously mentioned that the reason behind their relocation was to give her children better opportunities. In central Florida, Dave attended Lake Howell High School in Winter Park, Florida. Here, he stood out from the rest and played as a first baseman, center-fielder, and pitcher.

With his outstanding performance, Martinez carried Lake Howell to the Five Star Conference championship in 1981. Following his graduation, Dave enrolled at Valencia Community College. It was here that he proved himself to be a full-fledged baseball athlete. Consequently, the Chicago Cubs selected Martinez in the January phase of the 1983 MLB Draft.

Dave Martinez Net Worth And Career

It was a while before Dave was listed on the Chicago Cubs' MLB team. Although he was drafted in 1983, he spent three years proving his worth to the team. Finally, on 15th June 1986, Dave made his MLB debut with the Cubs.

Afterward, Martinez spent 16 seasons in MLB with nine different franchises. He appeared in 1,991 games, hitting .276 on average with 91 home runs and 795 runs scored. However, he didn't taste any significant success during his days as an athlete.

Dave's Earnings As An MLB Athlete

Dave Martinez's net worth is heavily influenced by his earnings as an MLB athlete. During his time with the Chicago White Sox, Dave signed a one-year contract worth $500,000. A year later, the Sox extended his contract along with his paycheck. Subsequently, he was offered $1.425 million for the 1996 and 1997 seasons.

Later on, Dave was transferred to the Tampa Bay Devil Rays, where he signed a two-year contract with an estimated value of $3.5 million. Finally, the Lake Howell graduate spent his last two years playing for the Atlanta Braves. As per the sources, the franchise provided him with a salary of $1.5 million per year.

Apart from those mentioned above, the details of the rest of Dave's contracts are not disclosed. As such, it is hard to calculate his approximate earnings as a pro athlete. However, given his experience in the field, Dave must have been paid a hefty sum of cash.

Dave's Success As An MLB Coach

After retiring from the professional baseball scene in 2002, Martinez started working as a training instructor. In addition, he worked as a bench coach for many teams and interviewed for many positions. However, Dave was unable to produce favorable outcomes. As such, his earnings were also measly at the time.

However, it all changed when Dave was announced as the new manager of the Washington Nationals on 30th October 2017. He signed a three-year managing contract with the franchise, where he was promised a base salary of $1 million. Dave proved as a competent manager as he won the World Series twice, in 2016 and 2019. 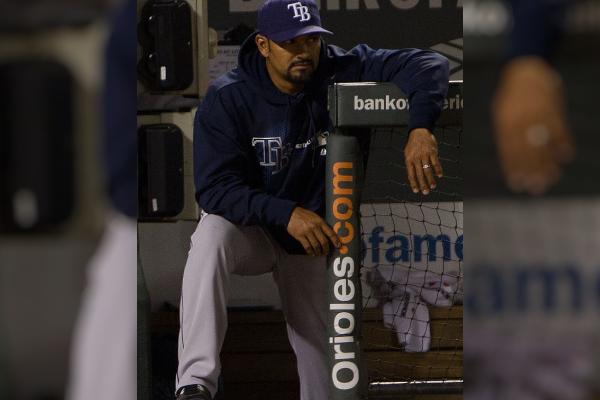 In late 2019, Martinez underwent heart surgery after experiencing chest pains during an ongoing game against the Atlanta Braves. Later, National's general manager Mike Rizzo informed that Dave had to go through cardiac catheterization. However, the New York native made a quick recovery and returned to the scene swift enough.

Following Dave's success, the Washington Nationals offered him a contract extension for three years in 2020. As claimed by ESPN, his deal was worth $7.5 million, which makes his annual income equal to $2.5 million. This makes him one of the highest-paid MLB coaches and places him alongside Terry Francona, Joe Maddon, and Joe Girardi.

Who Is Dave Martinez's Wife?

MLB coach Dave has been around the professional baseball scene for almost four decades. So naturally, people are curious to learn about his personal life and love endeavors. Well, Dave has been in a happy relationship with his spouse, Lisa Martinez.

Unfortunately, the National's manager rarely talks about his intimate connections in front of the media. As such, not much is known about Dave Martinez's wife's past. Furthermore, the couple has yet to reveal how they met or how the romance brewed between the two. 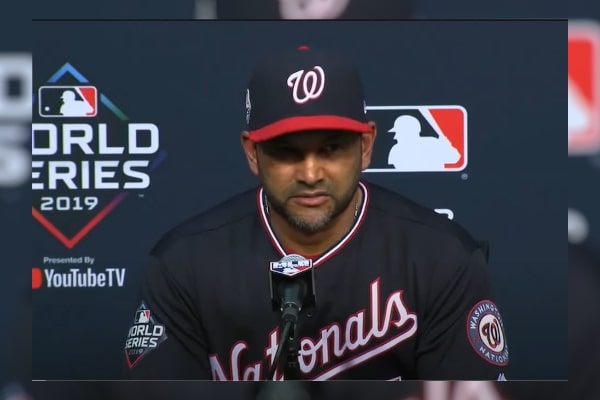 All of Dave Martinez's children are grown up and have their own careers. As a result, the Martinez family rarely gets together. But we are confident that whenever they do, they make sure to have a lot of fun. And we are sure Dave will harbor as much success in his family life as he does in his professional life.