When we talk about baseball, we can't miss the managers supervising outside the field. It is a challenging job to carry the responsibility of a whole club and make favorable decisions. Likewise, there are very few managers who have shown excellent leadership on their first try. And one such individual is Aaron Boone.

The sportsman is a former professional baseball player who is one of the newest managerial names in MLB. He is currently serving as a manager of the New York Yankees.

Although it is Boone's first managerial job, he has already led the team to many victories. His efforts challenge the experiences of veteran managers in the league. So, without further ado, let's learn more about Aaron in this biography.

Moreover, Aaron Boone's father, Bob Boone, is a former MLB player and manager. He is also the recipient of seven Gold Glove Awards. Likewise, Aaron's mother, Susan Boone, was an ultimate baseball mom. She never missed out on any of her son's matches and supported him from the beginning. 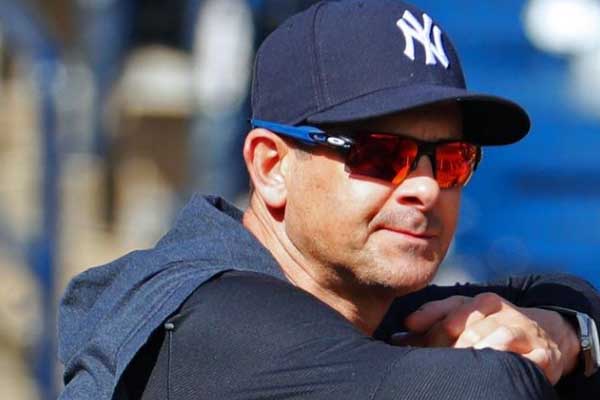 With such legendary baseball personalities in the family, it was inevitable for Aaron to pursue a similar career path. He used to get inspired after watching his dad Bob's games in childhood.

The young guy played football, basketball, and baseball at Villa Park High School. The California Angels even drafted him in 1991, but he rejected the offer to attend the University of Southern California.

The college student played for the USC Trojans in all four years of his stay. He also briefly played as a wide receiver for the college football team. Furthermore, he majored in communication at the university.

Aaron made his MLB debut with the Cincinnati Reds on June 20, 1997. After that, he played with the team for six seasons consecutively. The baseballer then played for New York Yankees, Cleveland Indians, Florida Marlins, etc., for the remaining of his pro career.

The MLB player's notable result was hitting a walk-off-home-run against the Boston Red Sox in the 2003 AL Championship Series. It became the winning hit for the Yankees in the series.

Unfortunately, the baseballer announced his retirement after undergoing open-heart surgery in March 2009.

After retiring, Boone worked as an analyst for several media outlets. He worked for MLB Network, ESPN, and ESPN Radio. In addition, he served as a commentator for a weekly television show.

Eventually, the former baseballer succeeded Joe Girardi as Yankees manager in December 2017. He had a tremendous first season with the Yankees defeating Toronto Blue Jays, Oakland Athletics, etc. In addition, he had his first post-season victory in the 2018 season. 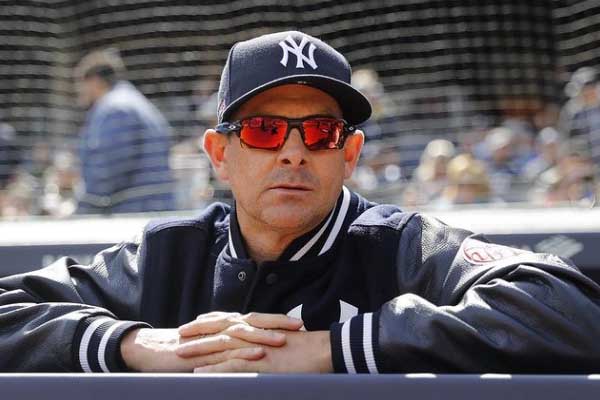 The baseball manager led the Yankees to win American League East in 2019. As a result, he was nominated to be AL Manager of the Year. Minnesota Twins manager Rocco Baldelli eventually took the title.

Since then, Aaron has led the club to defeat many MLB teams in the 2020 and 2021 seasons. As a result, the Yankees have extended the manager's contract to three years with a club option for 2025.

Aaron Boone Net Worth And Earnings

From a young age, Boone was groomed to be one of the best baseballers in the league. He upheld this statement and enjoyed a successful career run in MLB. And with his success came significant earnings which led Aaron Boone's net worth to be substantial.

As one of the top players, the sportsman's earnings were higher during his playing years. His salary as a player for different MLB teams are listed below:

The former baseball pro's former contract with Yankees was worth $4 million. Now with his added experience and excellent performance, his new extended contract must be worth more.

Hence, Aaron Boone's net worth must be a notable figure from his managerial career. Another MLB manager with an enormous fortune from his profession is Colorado Rockies' manager Bud Black.

Aaron Boone Is Married And A Father Of Four

We often see the Yankees manager losing his temper in the baseball matches. But does he have a special person to whom he shows his soft side?

The answer is affirmative; it is Aaron Boone's wife, Laura Boone, aka Laura Cover. She is a well-renowned public figure who is known for her modeling works.

The pair must have begun their relationship in the late 1990s or early '00s. Both must have dated for some years before getting married on November 9, 2002. 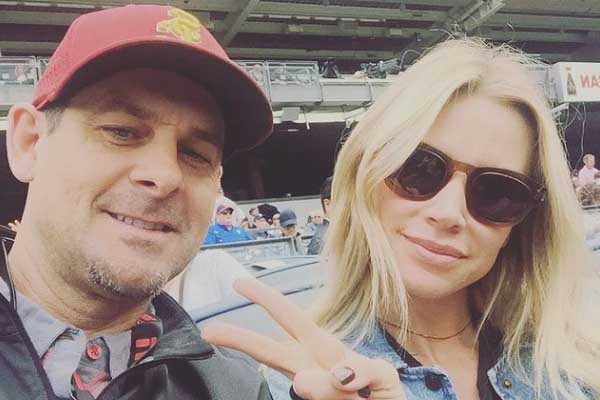 Aaron's wife, Laura, is known for her features in Playboy magazine. She has also starred in Playboy videos and documentaries.

Going through the couple's Instagram accounts, both often share pictures of their traveling and vacations. The couple also attend baseball matches together.

Aaron Boone Is A Father Of Four

The MLB manager has also adopted two sons, Jeanel Boone, and Sergot Boone. He and his spouse, Laura, adopted the boys after traveling to Haiti to help earthquake victims. 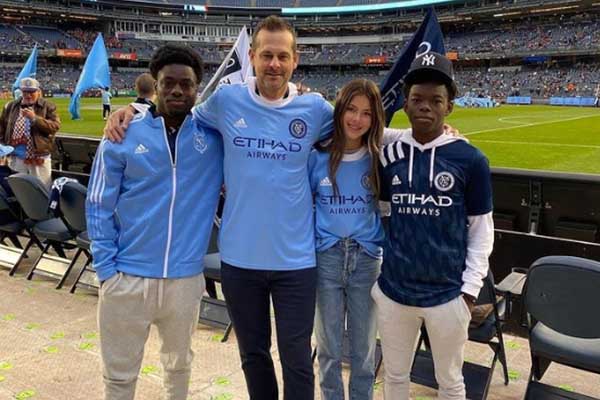 Boone dotes on all of his children and proudly shares their accomplishments in media. He always gives his family his full attention and prioritizes them. Hopefully, he will continue succeeding in both professional and private lives in the future.