Bud Black is a former baseballer who is currently the manager of the Colorado Rockies. Photo Source: Social Media.

Bud Black is not a new name in the baseball world. From playing professionally to managing some of the legendary MLB teams, he has done it all. Moreover, the manager is highly professional and attentively observes his players' performance in every game. He also doesn't hesitate to argue with an umpire during the event openly.

As a player, Black led his team to numerous victories in his career. His pitching skills could outsmart any opponent batter in the baseball match. Furthermore, the sportsman is versatile in whichever profession he chooses. For instance, he also served as a coach for Major League Baseball teams in his career.

So, let's learn more about Bud Black's baseball career and family background in this biography.

Bud Black Is A Son Of Hockey Player

The baseballer was born Harry Ralston Black Jr. on July 30, 1957, in San Mateo, California. His sister gave him the nickname 'Bud' as a kid which then became a moniker for the player. Moreover, Bud Black's father, Harry Black Sr., was a professional ice hockey player. The latter began as a junior hockey athlete in Edmonton and later played for Los Angeles Monarchs for several seasons.

Likewise, Bud Black's mother was a Melville native and an incredible skater. Both his parents' sports passion and competitive nature were passed down to him from a young age.

However, Bud never saw his dad, Harry, playing professionally. Nonetheless, it was he who urged his son to start a baseball career in childhood. 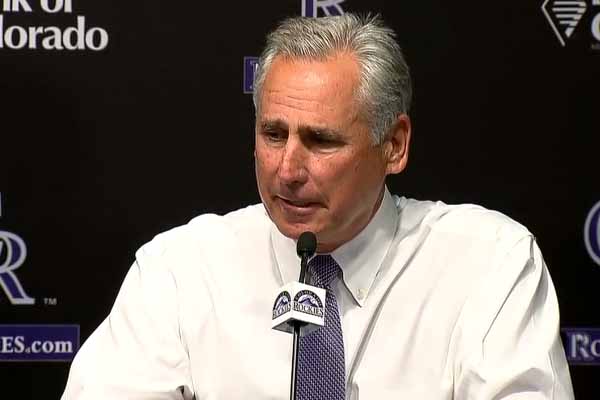 The sportsperson honed his baseball skills at Mark Morris High School. After completing high school, he enrolled in Lower Columbia College. Furthermore, Bud gave momentum to his baseball passion and played for two years in collegiate competitions. As a result, the San Francisco Giants and New York Mets tried to draft him.

However, Black rejected their signing offers and got admitted to San Diego State University. He played there for two seasons before graduating with a Bachelor's Degree in Management in 1979.

After his graduation, the Seattle Mariners selected Bud in the 1979 Major League Baseball draft. He played for minor leagues for several seasons. Eventually, he made his MLB debut on September 5, 1981.

The baseball pro played for the Mariners for only one season. Later, the club sent him to the Kansas City Royals to fulfill an earlier deal on October 23, 1981. Nonetheless, it opened a golden opportunity for the MLB player in his career.

Bud's most notable result was scoring a 17-12 record with a 3.12 ERA and 1.13 WHIP in 1994. He also helped lead the Royals to win the 1985 World Series. In addition, the player was a starting pitcher during the famous George Brett pine tar incident. 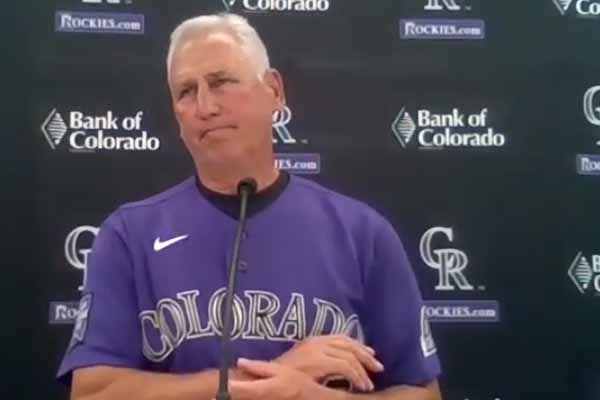 The sportsman later signed up with Cleveland Indians in 1988. He competed for three seasons before joining Toronto Blue Jays. Furthermore, Black played for San Francisco Giants between 1991-1994 before returning to Indians.

After retiring as a player, Black returned as a pitching coach for the Los Angeles Angels in 2000. He provided mentoring for the team till 2006. Moreover, the coach was excellent in his work and won a World Series ring in 2002.

Afterward, Bud switched to a managerial job with San Diego Padres in November 2006. He led the team to many finals but couldn't score a championship win for several seasons. Nonetheless, the Padres extended the new manager's contract to the 2010 season. He later got another three-year extension contract till 2013 with club options in 2014 and 2015. 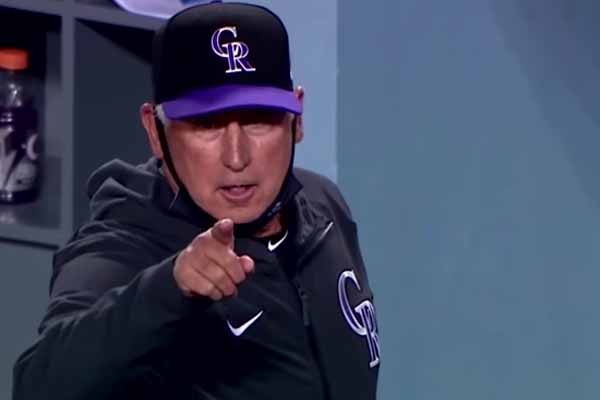 For his contribution, the former baseballer obtained the 2010 National League Manager of the Year award. Another club manager to receive the manager of the year award is Terry Francona.

However, the Padres suddenly fired the baseball manager on June 15, 2015. It was quite a bittersweet ending for him after serving for over eight seasons in the team.

Afterward, Bud became the manager of the Colorado Rockies on November 7, 2016. He scored his first win by defeating the Milwaukee Brewers on April 3, 2017. He is still leading the baseball club at present and already has more than 650 wins as a manager.

Bud Black Net Worth And Earnings

The former baseball athlete has been a constant presence in the sports for more than four decades. He gives his hundred percent in every match. Moreover, as a veteran, Bud has vast experience and knowledge regarding baseball. So, his earnings must also be a considerable amount from his career.

Bud Black's salary during his professional playing years are listed below:

Aside from playing, Bud has also excelled as a manager and led his team to many victories. So, his paychecks must be quite a hefty amount. Furthermore, according to azcentral, the baseball coach's salary amounted to $1.5 million in the 2018 season. Now, three years later, it must be much more than that.

Hence, Bud Black's net worth must be enormous thanks to his playing and managerial career.

Alongside enjoying million of dollars worth of baseball contracts, Black has his own limited edition baseball card. His cards were popular and high in demand during his active professional years.

Some of Bud's baseball cards and their trading values are tabulated below:

Hence, Bud Black's earnings are also benefitted by his income from his card sales.

Who Is Bud Black's Wife?

We often see Black's aggressive side in the baseball field. However, he does have a soft corner reserved only for his partner, Nanette Steffen. Moreover, the latter is a pediatric ICU nurse.

The pair married on February 9, 1985, and have been enjoying marital bliss since. Moreover, the couple is supportive of each other's careers. They often appear at public events together.

Bud Black's wife, Nanette Steffen, is a philanthropist at heart. She made a $10,000 donation alongside her husband to provide books for children in need in May 2020. 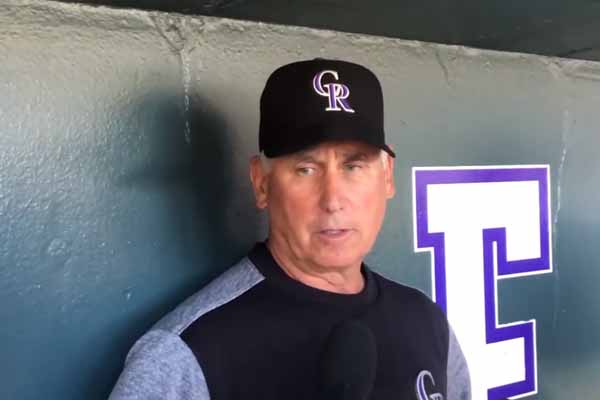 The duo is the proud parents of two daughters. Their firstborn, Jamie Black, currently works as an interior designer.

Likewise, Bud's youngest daughter, Jessie Black, was on the University of Maryland's gymnastic team. She later graduated with mathematics and kinesiology degrees in 2014.

Bud Black is currently managing the Colorado Rockies for the 2021 season. His focus is on delivering excellent results and winning the games. Hopefully, we will continue to see him performing his managerial duties in the future.