Joe Maddon is not a new name in the baseball world. He is one of the longest active managers in baseball. Moreover, the sports personality has led his managed teams to numerous victories over the years. For instance, he helped his clubs to win World Series Champion two times in his career.

The baseball manager began his career as a player from an early age. He then switched to managing and discovered his immense potential in the field. Furthermore, the athlete has also served as a minor league Anaheim Angels coach for a decade.

So, without further ado, let's learn more about Joe Maddon in this biography.

The former baseballer was born Joseph John Maddon on February 8, 1954, in Hazleton, Pennsylvania. He is half Italian and half Polish. Moreover, Joe Maddon's late father, Joseph Anthony Maddon, was a World War II veteran who later became a plumber in the coal town of their hometown. He was highly professional and would answer clients' calls even in the late hours.

Likewise, Joe Maddon's mother, Albina Klocek, aka Beanie Maddon, was a long-time waitress at the Third Base Luncheonette. The latter was also supportive of her son's dream from earlier on. 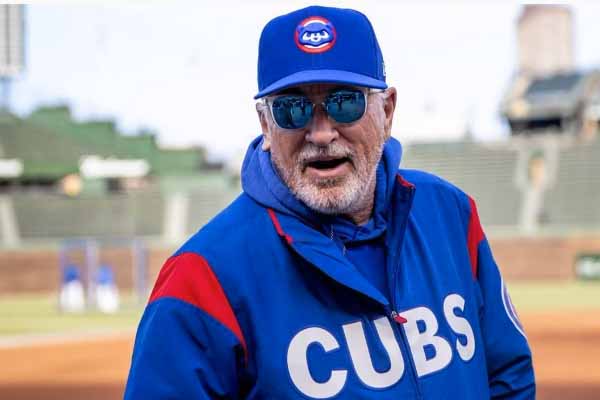 Joe is the eldest child of his parents. He has a younger brother named Mark Maddon and a sister named Carmine Parlatore.

Unlike his younger sibling, Maddon wasn't interested in his family business. He instead became involved in sports at Hazleton Area High School. Moreover, the teen was a top high school quarterback, which guaranteed him a full scholarship to Lafayette College. In addition, he played baseball and football in his college years.

Joe graduated from college in 1976. He later obtained an Honorary Doctor of Letters on September 2, 2010.

The athlete honed his baseball skills during his college years. As a result, California Angels selected him as a free agent in 1975. Moreover, the sportsman soon began to play as a catcher for Quad Cities Angels in 1976.

The baseballer scored a .294 in fifty games and 163 at-bats with the team. Later, Maddon joined the Salinas Angels for two seasons from 1977-1978. Furthermore, he played for Santa Clara Padres for one season in 1979. 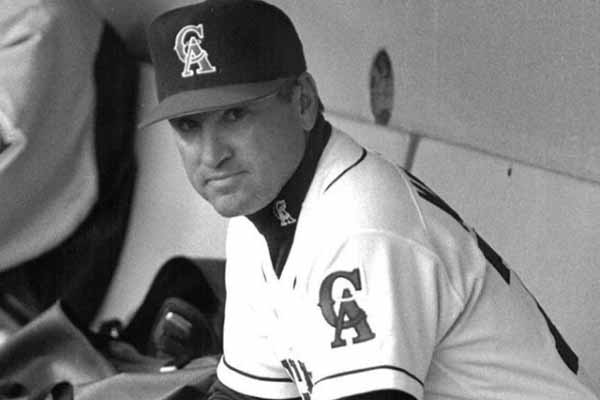 Although the player's catching skills were exceptional, he couldn't make it past Class A. As a result, he quit his playing career and became a coach. Moreover, the former baseballer began as a scout, later transitioning to manage the Los Angeles Angels farm system.

Maddon served as the Angels' minor league roving hitting instructor from 1987 to 1993. Finally, he began his coaching career with Anaheim Angels in 1994 up to 2005. In addition, the mentor served as Mike Scioscia's bench coach from 2000. His major accomplishment was helping Angels win the 2002 World Series.

After leaving the Los Angeles Angels, Joe was considered a candidate for Boston Red Sox's manager position. However, it later went to Terry Francona. Nonetheless, the Tampa Bay Devil Rays hired him as their manager on November 15, 2005.

The new manager couldn't score any victories on his first season with the Rays. However, he eventually led the team to their first American League Eastern Division title in 2008. In addition, he guided the club to their first appearance in World Series the same year. 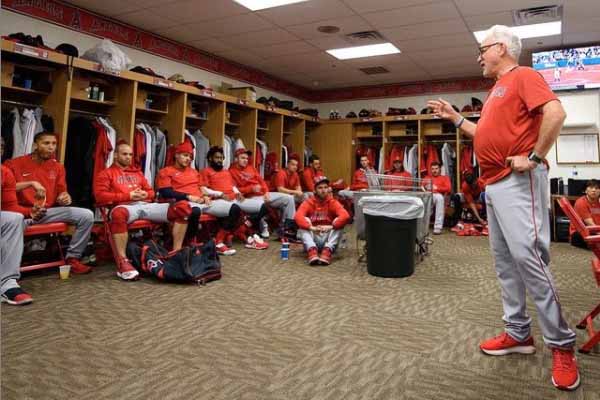 Joe Maddon was a manager for Tampa Bay Devil Rays for nearly a decade before parting ways with the team in 2014. Photo Source: Joe Maddon's Instagram.

The baseball manager replaced Rick Renteria as Chicago Cubs manager and began his duty in 2015. He led the team to win their first World Series title in 2016. It also ended the Cubs world championship drought from the last 108 years.

Joe had a successful season in 2017, but the 2018 season was a big disappointment. The Cubs lost many matches and continued the losing streak in 2019. As a result, the club fired Maddon at the end of 2019. Although initially called a mutual decision, the former manager later revealed he would have loved to continue his job.

The former baseball catcher returned as his former team Los Angeles Angels' manager for the 2020 season. However, he was recently ejected during the Angeles match with the Toronto Blue Jays in April 2021. Nonetheless, it hasn't stopped his passion for standing up against the umpire on the baseball field.

Joe Maddon Net Worth And Earnings

The former Cubs manager has established himself as a respected figure in the baseball world. He always values his players and guides them under excellent leadership. Likewise, he doesn't hesitate to argue with umpires during the matches if the odds don't work in his team's favor.

Alongside fame, Joe has also earned a notable figure from his managerial career. He started with the lowest payroll with the Rays before signing a $25 million worth contract with the Cubs. Moreover, the baseball manager's income continued to rise during his time with the baseball club.

Celebrity Net Worth estimated Joe Maddon's net worth to be $12 million a few years ago. However, his current 3-year contract with the Angeles is worth between $12-$15 million.

Hence, Maddon's fortune must have increased by several million as of 2021. Audacy also listed him as the second-highest paid MLB manager with an estimated salary of $4 million.

The sportsperson has also designed clothing apparel and art pieces. Joe's items include his signature design and features his ideas and artistic visions. Moreover, the baseballer also donates the money earned from sales to several charities.

Alongside earning millions of dollars, Maddon doesn't hesitate to give back to society. He formed the Respect 90 Foundation in 2015. Moreover, the non-profit organization is dedicated to providing children and families opportunities to develop championship attitudes through sports, academics, and community involvement.

The sportsman created Hazleton One Community Center, which has donated to many causes. Moreover, the charity helped feed 500 families a week during the COVID-19 pandemic.

The philanthropist also developed a program named Thanksmas in 2006. He donates clothing and meals to homeless shelters during Thanksgiving and Christmas annually. This shows the generous heart of the Pennsylvania native.

Maddon has chiefly kept his personal affairs private. So, it might be shocking to know that he has been married twice. Moreover, Joe Maddon's first wife, Bette Stanton, kept a low-key profile throughout their marital years.

There is little information available regarding the ex-pair's relationship. Some sources claim they were married for nearly two decades before getting divorced. In addition, we don't exactly know the reason behind the ex-couple's separation.

Joe first met his second wife, Jaye Sousoures, aka Jaye Maddon, in a bar in 1995. However, both parties were already married at the time and only became friends. Moreover, they only began dating in 2004, several years after ending their respective marriages.

The baseball manager later proposed to his then-girlfriend, Jaye, in the parking lot of Baseline Liquors. The latter accepted, and they married in 2008. The pair often attend baseball games and public events together. 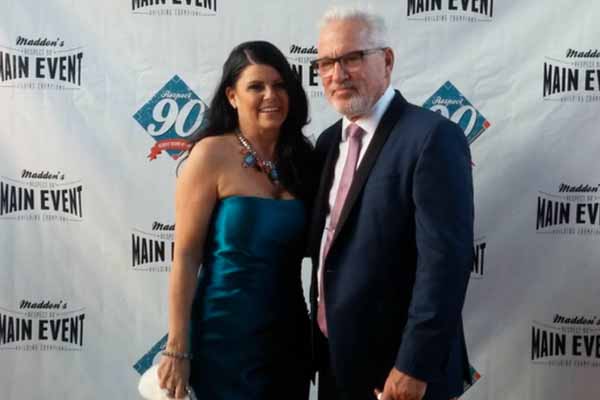 Joe Maddon's wife, Jaye Sousoures, is a law graduate who now owns Epic Boxing and Fitness. Both also run the fitness center mutually and often work out together. Jaye has two sons from her first marriage.

Joe is a loving father of two children from his first marriage. His firstborn, Sarah Maddon, is the owner of Fitlab Personal Training. Moreover, the latter is also proud of her dad's baseball career and often attends his games.

Joe Maddon's son, Joseph Maddon, often used to vent his feelings regarding any decisions that revolved around his father on social media. However, at present, he has deleted all of his tweets and has not posted any comments. 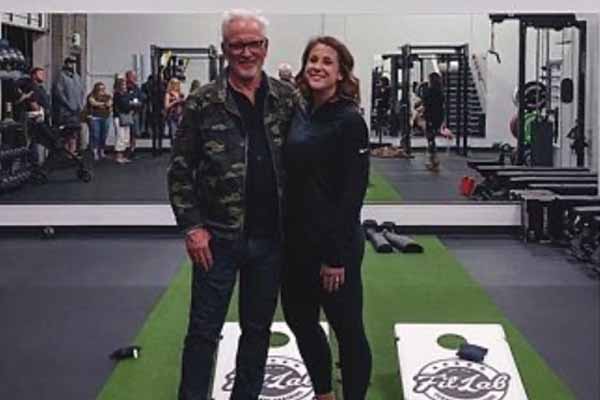 The former catcher is also a proud grandfather of his five grandchildren.

Joe Maddon is currently managing the Los Angeles Angels team for the upcoming matches. Well, he is still passionate about baseball and hopefully, we will continue to see him guiding the MLB teams in the future.