In today's glamorous sports world, it is typical for athletes and coaches to do club-hopping in search of better pay and fame. Sports personalities who devote their entire career to a single club are rare to find. Well, Brian Snitker is one such gem who is synonymous with the word loyal.

The Braves' coach has spent more than four decades with the franchise. Although he started as a player, Brian's poor athletic build and clumsy hand-to-eye coordination did not fare well in the professional scene. He subsequently had to quit as a player when he was just 24.

Nevertheless, Snitker's passion and love for the game did not let him quit the scene. He remained with the club as a mere roving instructor. He gradually moved on, despite at times facing adversity and mistreatment from the club. Brian's continuous perseverance has helped him become a prominent MLB coach.

Today, let's unfold Brian Snitker's biography learn how he could turn his childhood dream into reality.

Anyone who met Snitker in his childhood might not have pegged him to become an eminent name in the sports world that he is today. The scrawny-looking kid with thick glasses did not project athleticism to many of his townspeople.

The Atlanta Braves manager was born on October 17, 1955, and grew up in Decatur, a city in the US state of Illinois, as Brian Gerald Snitker. His mother, Catherine Snitker, mostly looked after young Brian, as his father, Dick Snitker, being a salesman, was on the road four to five days a week.

Brian had developed an innate admiration for baseball from his early years and always dreamt of playing professional baseball. So, whether he was playing catch with his mother back at home or banging balls with his friends at Macon High School, Snitker would never waste an opportunity to sharpen his baseball skills. 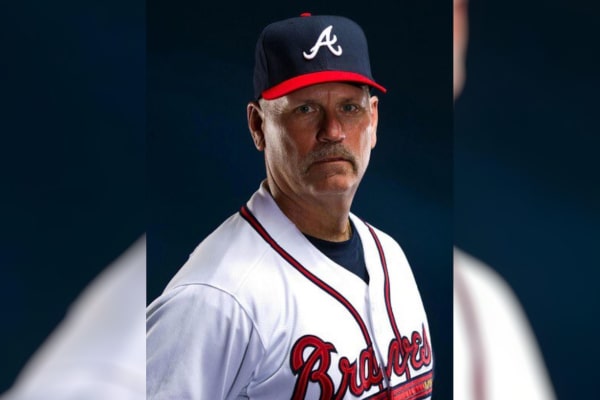 While playing for his high school, former Braves athlete Brian Snitker made a surprising run to the finals of the state championship. Photo Source: Brandon Leonard's Twitter.

Defying the odds, Brian reached the state title championship finals with the Macon High baseball team in 1971. The team's surprising run to the finals of the tournament was documented in Chris Ballard's book, One Shot at Forever: A Small Town, an Unlikely Coach, and a Magical Baseball Season.

Snitker also played American Legion Baseball during his high school years. The one-time opportunity that gave him a push to jump into the professional baseball scene. Later on, he graduated from the University of New Orleans.

After completing his studies in 1977, Snitker became Braves' athlete in the minor leagues. He found mediocre success with the team, playing mainly as a catcher and first base. He scored 23 runs in 780 at-bats.

Following his release in 1980, Snitker stayed with the Braves as a roving instructor. However, two years later, he was hired as a minor league manager for the Anderson Braves.

Recognizing his success as a minor league manager, the Braves appointed Snitker as third-base coach from 2007 to 2013. Then, on 3rd October 2006, he was appointed as manager of the MLB team Florida Marlins.

Other baseball coaches who were also once professional players are David Bell and Rick Renteria.

After Fredi González was fired in 2016, Brian worked as interim manager of Atlanta. Nevertheless, the franchise nominated him as their full-time manager ahead of the 2017 season.

Snitker returned as the manager for the 2018 season on 5th October 2017. In the same year, his contract was extended by two years. He found massive success as the team manager, leading them to three consecutive NL East Division titles.

Consequently, Brian won the 2018 National League Manager of the Year Award. He was nominated for the trophy again in 2019 but lost to Mike Shildt. Nonetheless, Snitker returned to claim the award in 2020. Subsequently, the Braves extended his contract to 2023. 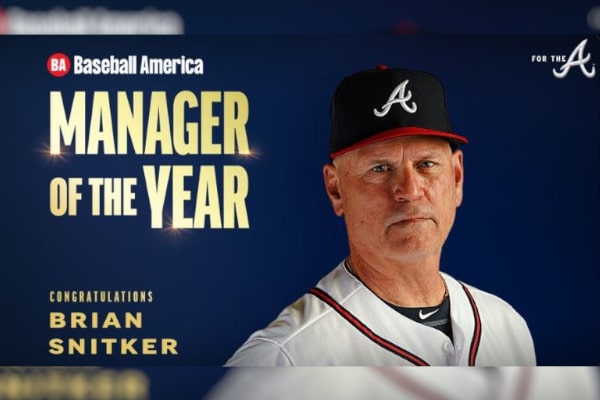 Under the management of Brian Snitker, the Atlanta Braves have claimed the NL East Division title three consecutive times earning him the Manager of the Year award. Photo Source: Braves' Twitter.

Even though he struggled for more than two decades while managing minor league teams, Snitker is now revered as a prominent MLB coach. Only Bobby Cox and Fredi González have won more titles with the team than him. He has amassed over 400 wins.

Brian Snitker's Net Worth And Earnings

Snitker has amassed a sizable fortune over the years, thanks to his years as a player and MLB coach. Here, we will provide details on Brian Snitker's net worth and discover his earnings from different career paths.

Well, it is no secret that Brian could not perform well during his time as an athlete. He had reached the ceiling as a player by the time he was 24. Around those times, his salary was around $750 per season, which was not enough to fund his lifestyle.

Subsequently, Brian joined the Braves' franchise as a roving instructor in 1977. During the time, he was paid $14,000 a year. Afterward, he coached about a dozen Minor League teams. His coaching endeavors in the Minor league earned him a salary between $17,500 and $27,500 per season.

Although these numbers seemed reasonable at the time, Brian Snitker's net worth didn't inflate until the Braves gave him a contract as a coach.

You'd think a successful MLB coach like Brian would have been compensated well for his managerial services. Yet this is not the case. In contrast, Snitker is right up there on the list of the lowest-paid MLB coaches. 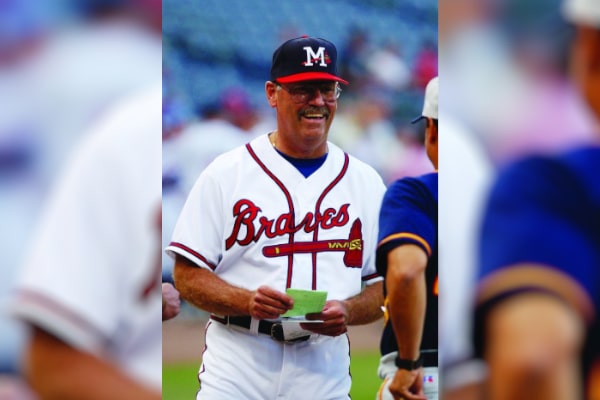 Brian Snitker is one of the lowest-paid MLB coaches, with $800,000 per season. Photo Source: Mississippi Braves' Twitter.

Brian Snitker's salary is $800,000 per season, according to the Arizona Republic. Even though it is a considerable sum of money for ordinary people, it seems measly compared to a $6 million payroll of Los Angeles coach Mike Scioscia.

Nevertheless, Brian has not complained about his income. Moreover, since he has been managing the team for five years, the Braves' coach has likely accumulated an enormous fortune. And with more successful years to come, we are confident that Snitker's wealth will reach even newer heights.

It is not often that Brian flaunts his intimate connections and past dating experiences in front of the media. However, netizens have discovered that the MLB coach follows the same principle of loyalty and honesty in his love life too. Thus, he has been in a happy relationship with his wife, Ronnie Snitker, aka Veronica Snitker, for more than three decades.

The couple initially met in the early 1980s when Snitker's roommate, Cito Gaston, set him up on a blind date with Veronica. Brian Snitker's wife worked as a speech pathologist in elementary school while he served as a roving instructor for the Braves. Despite having little in common, the pair got along well.

Soon enough, the couple moved in together and got married. Then, as his duty required, the former baseball player traversed around a lot while Veronica stayed home. Yet, Brian Snitker's wife always stood beside Brian and supported her partner's choices.

Brian Snitker Is A Proud Father Of Two

Snitker has formed a lovely family with his wife. The couple welcomed their first child, Erin Snitker, in December 1986. Two years later followed the birth of their boy, Troy Snitker. However, Brian did not spend much time with his children as he was always moving due to his managerial roles. 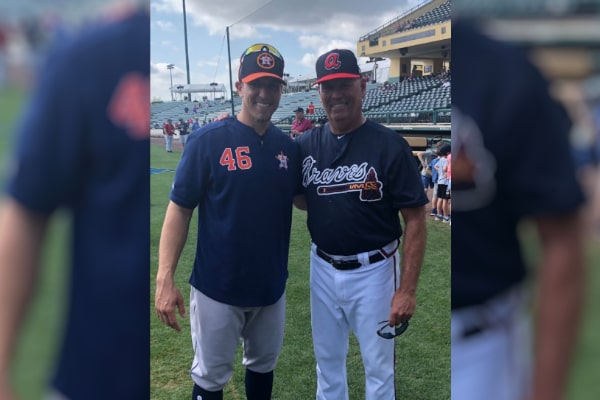 However, the little time Brian did spend with his kids left a profound impact on his son, Troy. As such, Troy followed in his father's footsteps and joined a baseball team. Regardless, unlike her younger brother, Brian's daughter, Erin, chose a career path away from baseball.

Both of Brian Snitker's children have moved ahead with their own families and life. Troy is working as a baseball coach, and Erin has become a mother of three.

We wish Brian Snitker's children will find success in their respective fields and hope to get a deeper insight into their lives soon enough.