It isn't rare for baseball players to turn into coaches and managers. However, not every manager has had a successful start right after their managerial debut. But some newcomers have shown massive potential right from their beginning. And one such individual is Scott Servais.

The sportsperson had a solid start in his MLB career right from the beginning. His playing career spanned eleven seasons with many glorious moments. Furthermore, after his retirement, the athlete was hired as Seattle Mariners' manager. Since then, he has led the club to some of the best seasons in its history.

So, let's learn more about this emerging MLB managerial figure in this biography.

Scott Servais Had A Humble Beginning

The baseball manager was born Scott Daniel Servais on June 4, 1967, in La Crosse, Wisconsin. He grew up in a rural village of Coon Valley, where opportunities are limited.

Although Servais' parents weren't baseball-oriented, they were very supportive. For instance, Scott's dad, Dan, used his wrestling experience to teach his son about competitiveness, which helped his athletic development.

The baseballer was introduced to baseball by his uncle, Ed Servais, head coach of Creighton University. The latter guided him to hone his skills from earlier on. 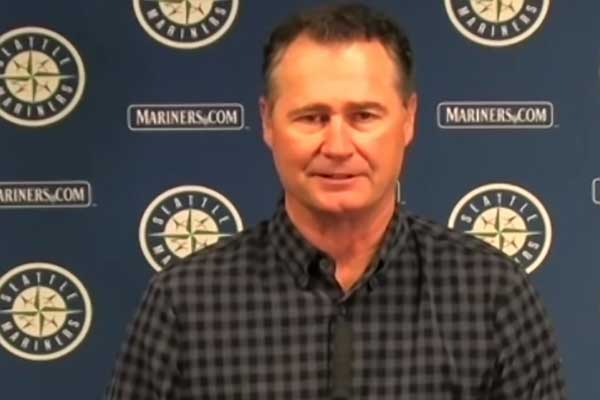 Servais was determined and soon established himself as the baseball star at Westby High School. His skills also drew attention from several colleges that offered him scholarships. Moreover, the New York Mets also drafted him in 1985.

However, the player wasn't ready to turn professional and enrolled at his uncle Ed's workplace, Creighton University. He played for Creighton Bluejays for three seasons.

The college student also played collegiate baseball with Orleans Cardinals in the Cape Cod Baseball League. After graduating, he began his pro career.

The Houston Astros drafted Servais at the third round in the 1988 MLB Draft. He played for the minor league before making his MLB debut on July 12, 1991.

The baseball pro played for the Astros for four seasons before being traded for Rick Wilkins in 1995. He then began playing for the Chicago Cubs.

The athlete also signed as a free agent with Colorado Rockies and San Francisco Giants in his career. He signed with the Astros to play in the 2002 season but didn't make the opening day roster. 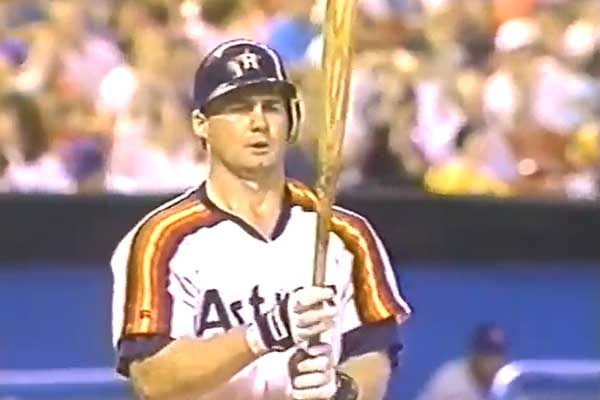 Scott Servais played in MLB for a decade before retiring in 2002. Photo Source: Social Media.

Aside from MLB, the former baseball pro played for the U.S. Men's Baseball team. He led the group to win silver medals in Baseball World Cup, Intercontinental Cup, and Pan American Games.

The Coon Valley native also joined the U.S. team at the 1988 Summer Olympics. He assisted them in winning a gold medal at the event.

After retiring from the professional field, Scott began working as Texas Rangers' senior director of player development. He later worked as an assistant general manager under his former teammate Jerry Dipoto in Los Angeles of Anaheim.

After leaving Angeles in the 2015 season, Servais became general manager of the Seattle Mariners. He later replaced the former Mariners manager, Lloyd McClendon, and began his managerial duty in the 2016 season.

The baseball manager ended his first season with eighty-six wins and seventy-six losses. He leveled up his game by leading the Mariners to finish in the third rank of AL Western Division in 2017. 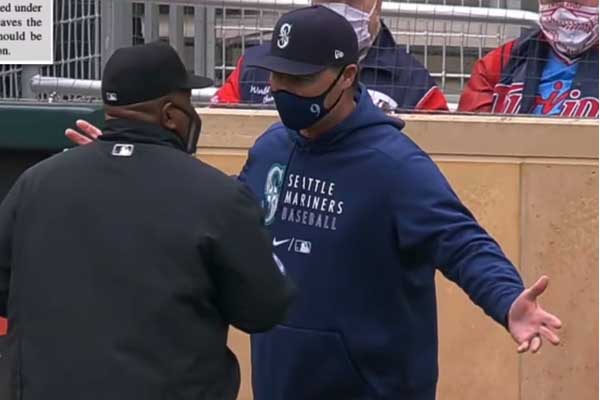 The former MLB player's career's best results were in the 2021 season. Mariners won ninety games, led the inning wins, and secured a .556 winning percentage. In addition, they rank second in American League.

Scott was also nominated for the 2021 American League Manager of the Year Award. But he finished as a runner-up to Tampa Bay Rays' manager, Kevin Cash.

The Mariners offered the sportsman a multi-year contract extension in September 2021. Nevertheless, we have yet to see his performances in the upcoming season.

Scott Servais Net Worth And Earnings

The Seattle Mariners manager has enjoyed a successful career both in and outside the field. His leadership qualities have satisfied both team and their fans.

Alongside receiving admiration, the baseballer must have also earned a notable figure. Scott Servais' net worth must be enormous thanks to his playing and managerial career.

Scott's salary during his playing years amounts to millions of dollars each season. Some of them are tabulated below:

Speaking of the MLB manager's Mariners' salary, he hasn't opened up much in the media. Likewise, the club hasn't released information regarding his new contract's extension period and worth.

But considering the sportsperson's effective leading and winning results, his income is likely higher than the previous times. Hence, Scott Servais' net worth will undoubtedly increase more in the future.

Another individual who is managing his first MLB team is Pittsburgh Pirates' manager, Derek Shelton.

Like his managerial career, the baseball manager's playing years were also pretty successful. As a result, many people idolized him and were eager to get his baseball cards.

Scott's baseball cards are still available in the market for buying. It features his early pro years with Houston Astros and other MLB teams. Some of their prices are listed below:

When we talk about the Mariners manager's MLB career, we have much information available. But his private affairs are a different matter altogether.

Nonetheless, from what we know, Scott is married to his partner, Jill Servais. She is his high school sweetheart who later married him.

Unlike other celebrities, the pair don't like to expose much about their marital life in public. Both tend to remain private and don't have any social media accounts. 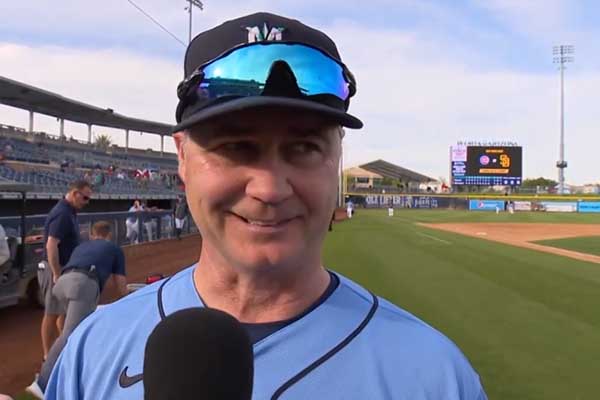 Scott Servais' wife, Jill Servais, graduated with an English degree from the University of Wisconsin. She was also previously involved with her husband to provide food for staff at the Swedish hospital.

Scott Is A Father Of Three

The sports personality is the proud father of three children. His son, Tyler Servais, followed in his footsteps and played baseball at Princeton University. In addition, Tyler also played in the minor league division for a season.

The manager's youngest daughter, Victoria Servais, graduated with an accounting degree from the University of Mississippi. She is now working as a Human Capital Advisory associate at KPMG U.S. 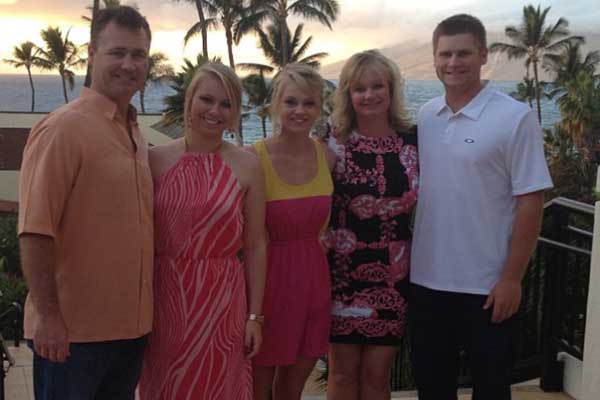 All of Scott Servais' children support him and often share news about him on social media. They also attend his baseball matches to cheer for his team. We wish the family immense success and prosperity.

After suffering an injury that terminated Trevor Wittman's boxing days at just the age ...