Gabe Kapler is not a new name in the baseball world. His playing legacy exceeds minor league and major league divisions. Moreover, the athlete has also expanded his horizon by briefly playing for the Japanese league.

The baseballer is also renowned for his coaching and managerial skills. He coached an Israeli baseball team for the 2013 World Baseball Classic qualifier. Furthermore, Gabe has managed several minor league teams and two MLB clubs in his career. He is currently the manager of the San Francisco Giants.

So, without further ado, let's go through this baseball legend's personal and professional details in this biography.

The former baseball pro was born Gabriel Stefan Kapler on July 31, 1975, in Hollywood, California. His Jewish parents were civil rights activists and involved in social justice.

Likewise, Kapler's mother, Judy Kapler, taught early childhood education at a Jewish preschool. She was also involved in the social protests movement alongside her husband in the 1960s.

The athlete began playing baseball at Taft High School. He hit a .313 in his senior year but couldn't score a home run in school. 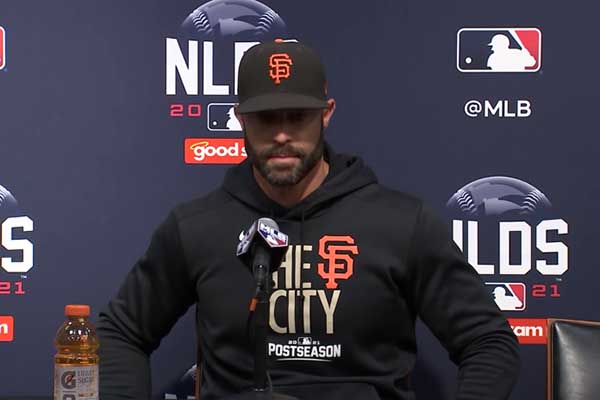 The baseballer initially enrolled at Cal State-Fullerton on a sports scholarship. However, he spent his days partying and missing classes and morning workouts. As a result, the college pulled his scholarship before the end of his first semester.

Afterward, Kapler went back to his parents' house and delivered pizzas. However, his passion for baseball hadn't stopped, and he became a regular at the Mid-Valley Athletic Club. Eventually, he enrolled at Moorpark College.

Unlike the last time, Gabe trained harder at his new university. His consistent drive helped him secure a place in the First Team All-Western State Conference.

After graduation, the athlete began his professional career. He was later inducted into the Moorpark College Athletic Hall of Fame.

Gabe's MLB dream became true after the Detroit Tigers drafted him in the 1995 MLB Draft. He also received a $10,000 signing bonus.

The MILB player played in Double-A, Southern League All-Star Games and was named All-Star team in his four seasons. He also earned Minor League Player of the Year honors from USA Today, Baseball Weekly, and The Sporting News.

The baseballer made his MLB debut with Tigers on September 20, 1998. He scored a career-high eighteen home runs with the team in two seasons.

Gabe also played for Texas Rangers, Colorado Rockies, and Boston Red Sox. His most notable result was leading the Sox to win the 2004 World Series.

Aside from MLB, Kapler played for the Japanese team, Yomiuri Giants, in 2005. However, he couldn't score many wins and returned to MLB.

Although the MLB player announced his retirement on December 12, 2006, he returned in the 2008 season. Moreover, he played for Milwaukee Brewers and Tampa Bay Rays.

But Kapler had to again retire after battling right hip flexor and right ankle injuries. His last game was with the Rays on August 14, 2010.

The sportsman had briefly managed the Greenville Drive in 2007. So, after quitting playing, he considered management as his next profession.

The baseball coach made his MLB managerial debut with Philadelphia Phillies in the 2018 season. He led the team to score their best record of .500 since 2012.

Despite his great performances, Phillies fired Kapler after his two seasons in October 2019. Joe Girardi replaced him as the new Phillies manager the same year. 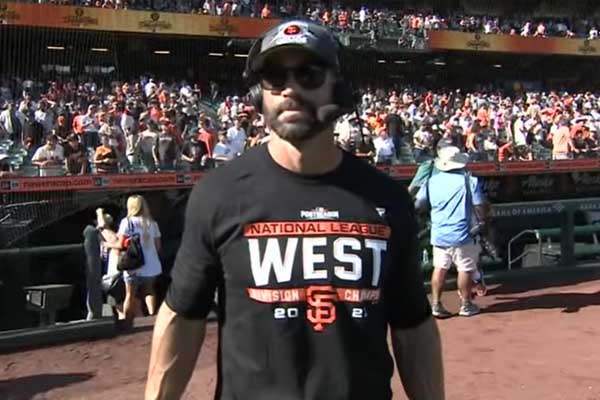 The baseball manager was then hired as San Francisco Giants manager in November 2019. He showed his potential by leading the club to finish 3rd in National League East in his first season.

Gabe also led the Giants to win more games than any other MLB team in the 2021 season. In addition, he hasn't been ejected in both of his two seasons. As a result, the Baseball Writers' Association of America and Sporting News have named him the 2021 National League Manager of the Year.

The manager guided the team to win their first NL West title since 2012. As a result, the Giants have extended his contract to 2024.

Gabe Kapler Net Worth And Earnings

The MLB manager is currently progressing in his managerial career. However, his playing experiences have also helped him make good decisions for the team.

Alongside that, Gabe Kapler's net worth has also increased more each year. His income was also notable during his playing career. In addition, the former baseball pro's MLB contracts guaranteed millions of dollars per season.

Kapler's salary during his professional days are tabulated below:

The Giants manager's salary from his managerial position must also be a hefty amount. Although he hasn't disclosed the details, Kapler's new contract likely brings him higher earnings than the previous seasons.

Hence, Gabe Kapler's net worth must be a notable figure thanks to his MLB profession. And with continued success, it will likely increase more in the upcoming days.

Who Is Gabe Kapler's Wife?

Well, there have been many rumors spreading regarding Kapler's sexual identity. Many speculated him to be gay after his Twitter post in 2014. However, he hasn't clarified the rumors but openly shows his support towards the LGBTQ+ community.

Moreover, it is likely only rumors considering Kapler was previously married. His ex-wife, Lisa Jansen, was his high school sweetheart whom he married in 1999.

The ex-pair mostly kept their relationship private from the media. Nonetheless, both had great understanding and love for each other.

Gabe Kapler's ex-wife, Lisa Jansen, was in an abusive relationship with another guy before him. Gabe supported her and helped get her therapy to heal from trauma. 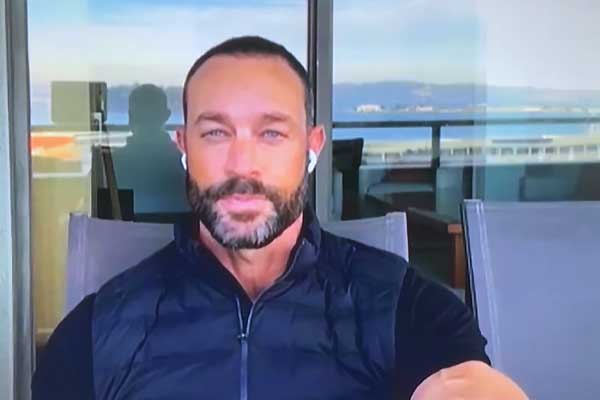 The ex-couple co-founded the Gabe Kapler Foundation to help domestic violence victims. Both were actively involved in creating awareness regarding domestic abuse.

Despite having great understanding, the ex-duo was facing many issues. As a result, the ex-pair divorced in 2013.

Gabe Is A Father Of Two Sons

The Giants' manager is a proud father of two sons from his former marriage. His firstborn, Chase Ty Kapler, is a student at the University of California. In addition, he is working as a software development intern at Dell Technologies.

Kapler's second son, Dane Rio Kapler, has chosen football over baseball. He is currently playing as a running back at UBC. 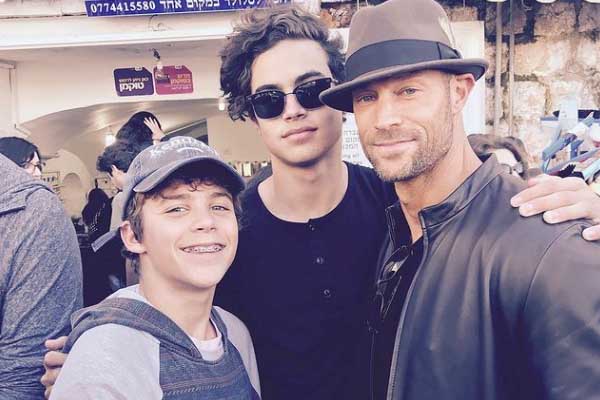 The former baseball pro's sons don't seem to be bitter about their parents' separation. Going through his Instagram account, he often shares pictures of traveling with his kids. Hopefully, we will see the Kapler boys getting much success in their careers.