Mike Shildt is the former coach of the St. Louis Cardinals in the MLB. Photo Source: The Athletic's Twitter.

Thus, Mike redirected attention from fields to papers, formulating baseball strategies rather than playing in one. As time went by, he gradually climbed the ladders and eventually earned himself an MLB team's manager role.

Today, we will take a glimpse at Mike Shildt's biography and discover how he found success in the world of baseball regardless of his unathletic stature.

Mike was born Michael Timothy Shildt on August 9, 1968, in Charlotte, North Carolina. As far as he can remember, Shildt has always been surrounded by baseball. However, he has kept details about his family background a mystery. Consequently, the names of his father and siblings are unknown as of yet.

It would not be wrong to say that the former Cardinals' manager inherited his love for baseball from his mom. Mike Shildt's mother, Elizabeth "Lib" Shildt, worked as the administrative assistant for the Charlotte O's, then the Double-A affiliate of the Orioles. As a result, he would often tag along with his mom. And soon, he became a regular member, doing odd jobs around the clubhouse.

Sadly, the baseball manager's mother passed away in 2019. The St. Louis Cardinals even put out a statement after her death. 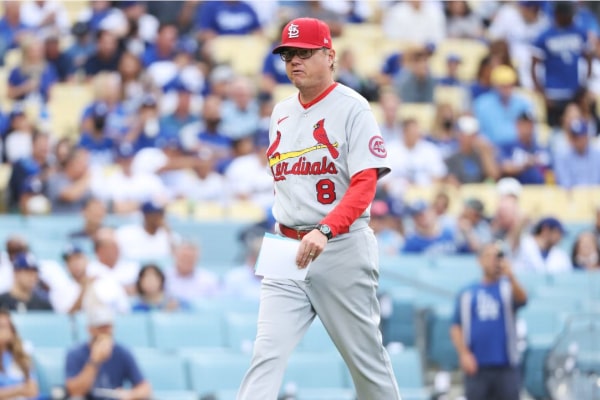 After a couple of trips to his mother's office, Mike Shildt became a regular and started doing various chores in the clubhouse. Photo Source: Fox Sports' Twitter.

Shildt's keen enthusiasm for baseball led him to play at Olympic High School and the University of North Carolina. But, his hand-to-eye coordination was not great, and soon he realized he was not proving beneficial to the team. As such, Mike ended his playing days and became a coach for West Charlotte High School.

During his tenure at West Charlotte, Mike helped them get their first winning season in 20 years. He was then hired by UNC Charlotte as an assistant coach for the Charlotte 49ers baseball team. Here, Shildt served for five seasons before being invited to the MLB.

Mike Shildt Net Worth And Career

The North Carolina graduate entered the MLB as an assistant scout for the league. He spent about three seasons in the role before moving on to the St. Louis Cardinals organization. Here, Mike gradually climbed up the managerial ladder and was named the manager of Johnson City in 2009.

Under Mike Shildt's guidance, Johnson City, a minor league team for the Cardinals, clinched two consecutive league titles. Subsequently, after acknowledging Mike's accomplishments, the franchise promoted him to manage the MLB team on July 14, 2018, following the firing of Mike Matheny.

Shildt's Earnings As A Coach

The Charlotte native has been in and around the baseball scene since his early years. As a result, most of Mike Shildt's net worth is composed of earnings he gathered from the sport. However, his fortune did not grow much until he became the Cardinals' coach.

Initially, Shildt signed a two-year contract with the Cardinals. He was reportedly paid a salary of $700,000 at the time, as claimed by AZ Central. Although it is a considerable sum of cash for ordinary people, it seems measly compared to the annual income of other MLB coaches like Dave Martinez, Joe Maddon, Joe Girardi, and many more. 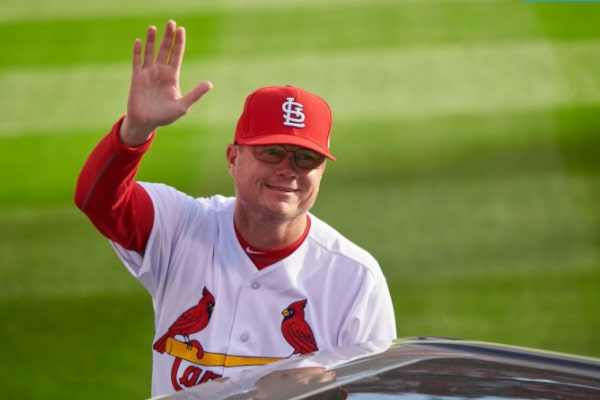 Mike Shildt's annual salary of $700,000 made him one of the lowest-paid MLB coaches in 2018. Photo Source: Cardinals' Twitter.

Mike helped the Cardinals reach the semifinals in the 2019 season. Even though the Washington Nationals defeated his team there, it was a favorable result for the Cardinals as they had not reached the playoffs since 2015. Consequently, he was named the National League Manager of the Year for the season.

Later, Shildt signed a new three-year contract with the team that would have run him through the 2020 season. However, on October 14, 2021, he was stripped of his managerial roles. John Mozeliak, the president of baseball operations at the Cardinals, cited "philosophical differences" as the primary reason behind Mike Shildt's firing.

Throughout his career, Mike served several teams and franchises. Although the details of his income are not disclosed, the former MLB coach must have earned a hefty sum of money for his services. Moreover, Shildt is also the founder of On Deck Academy, which aids young athletes in developing their skills. The academy charges $55 for a single session. Thus, earnings from the academy also influence Mike Shildt's net worth.

Mike Shildt's Wife Is A Mother Of Two

The Charlotte native has been in and around the professional baseball scene for more than three decades. So naturally, people get curious about his love life. But, unfortunately, Mike is not the one to flaunt his intimate connections, and he rarely talks about his family in front of the media.

However, Shildt did throw a party when he got married to his long-time fiancée, Michelle Lee Shildt, formerly Michelle Segrave. Mike Shildt's wife, Michelle, a professional charter broker, tied the knot with the North Carolina graduate on March 6, 2020. But, the couple has yet to reveal how they met, or romance started between the two. 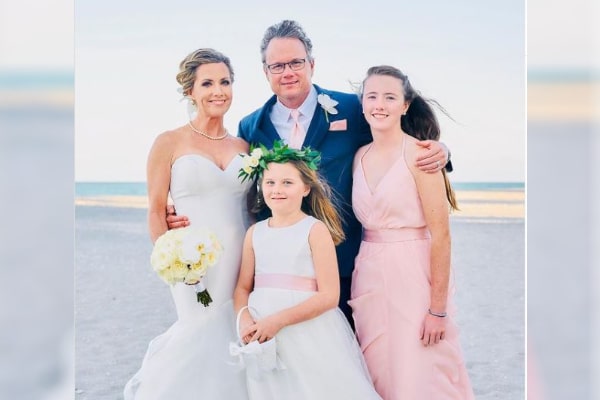 Furthermore, Mike Shildt's spouse, Michelle, was previously linked romantically with someone else. And Michelle even has two lovely daughters, Laura Grace Segrave and Madison Segrave, from her past relationship. Thus, the former MLB coach has embraced and accepted his wife, along with her two daughters.

A quick scroll through Mike's lover's Instagram account helps us paint a lovely picture of the Shildt family. We wish them long-term prosperity and hope to get a deeper insight into their lives soon enough.