We have seen many former baseball athletes turning into successful baseball managers. However, the same case doesn't apply to everyone, and several MLB managers have lost their careers before it has even begun. And one such individual who has experienced this phenomenon is Jayce Tingler.

The sportsman began as a minor league player in the baseball world. He also has MILB coaching experiences under his credentials. Moreover, the coach got more recognition after being chosen as San Diego Padres' manager. However, he couldn't maintain his position for more than two seasons before getting fired.

So, what could be the reason behind the Padres terminating Jayce Tingler's contract; let's find out in this biography.

Jayce Tingler Comes From A Family Of Coaches

The former baseball manager was born Jayce Michael Tingler on November 28, 1980, in Smithville, Missouri. He was introduced to sports from earlier on by his parents.

Jayce Tingler's father, Steve Tingler, initially coached at West Platte High School before shifting to Smithville High School. He later worked as a teacher there. In addition, Tingler's dad is a member of the Missouri High School Fastpitch Coaches Association's Hall of Fame. 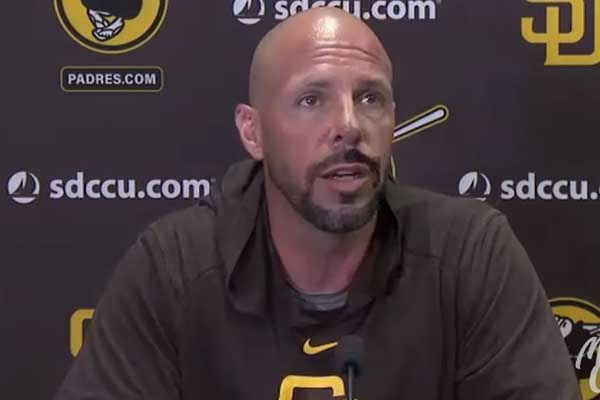 With such an influencing coaching household, it was inevitable for Jayce to pursue sports. He began practicing with a bat at age two and could swing better by age five or six.

The young guy played basketball and baseball at Smithville High School. He was named to the All-Midland Empire Conference team four times in baseball in school. In addition, he scored nine steals for the basketball team.

Jayce Tingler Net Worth And Career

The athlete's skills in the field and behind are both extraordinary. His career as a minor league player also saw him recording many high scores. Alongside recognition, the baseballer must have also earned a substantial income from his playing career.

Moreover, his earnings must have also benefitted from endorsement deals. Likewise, Tingler's contract with Padres must have been worth millions of dollars. His coaching job must have also guaranteed a hefty paycheck.

Hence, Jayce Tingler's net worth must be a considerable amount from his MLB career.

Jayce's Earnings As A Player

The sportsperson focused his attention on baseball entirely while attending the University of Missouri. He played for the Missouri Tigers Baseball team for all four years.

Baseball coach Tim Jamieson trained the athlete at university. His most notable result was being named All-Big 12 Conference in his senior year. Eventually, he graduated with a degree in Communications and began his pro career.

The Toronto Blue Jays picked Jayce in the tenth round of the 2003 MLB Draft. He played for its minor league teams for three seasons consecutively. 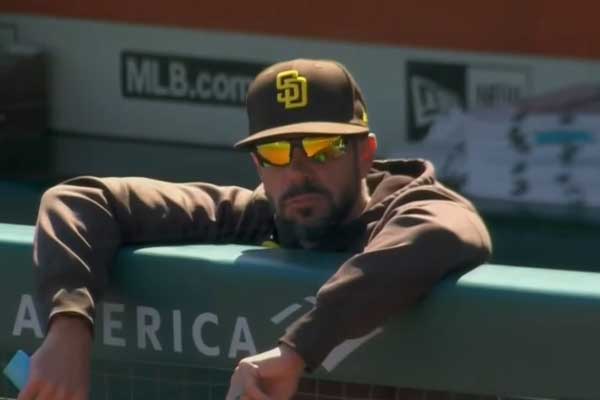 The MiLB player also played for The Texas Rangers for a season. He concluded his playing career with a .271 batting average, three home runs, and twenty steals in 389 games.

Although the baseballer had a short MiLB career, he must have earned a notable amount. ZipRecruiter notes the MiLB player's average salary to be $17 per hour and $35,714 yearly. Hence, Tingler's salary must have also been around the same range.

Likewise, Jayce Tingler's net worth must have risen during his playing years. 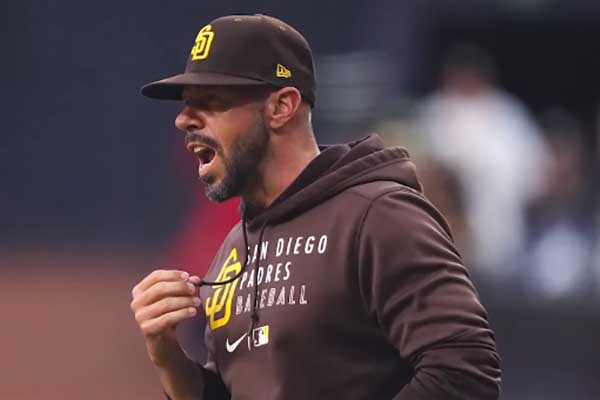 The new manager showed great potential in his first season. He guided the team to its first playoffs in fourteen years in the 2020 season.

As a result, the MLB team fired Jayce on October 6, 2021. However, he still had a year of his contract left with the club. Nonetheless, he must have been paid his contract's salary fully.

At present, Tingler is hired as Minnesota Twins' bench coach. Jayce's performance and efforts for the new team are yet to be seen. And we wish the Smithville-native all the best for his new job.

Jayce Tingler Is A Married Man And Father Of Two

We can find a lot of information regarding the former Padres manager's career. But when it comes to his private affairs, he hasn't revealed much.

But from what we know, Jayce is married to his high school sweetheart, Callie Tingler. She is a University of Missouri graduate with a degree in Diagnostic Ultrasound.

The pair began dating during their school years and continued even after graduation. After several years of their relationship, the couple married on September 26, 2008.

Jayce Tingler's wife, Callie Tingler, played softball under her future father-in-law Steve's coaching at Smithville. She has also been supportive of her husband's career from day one. 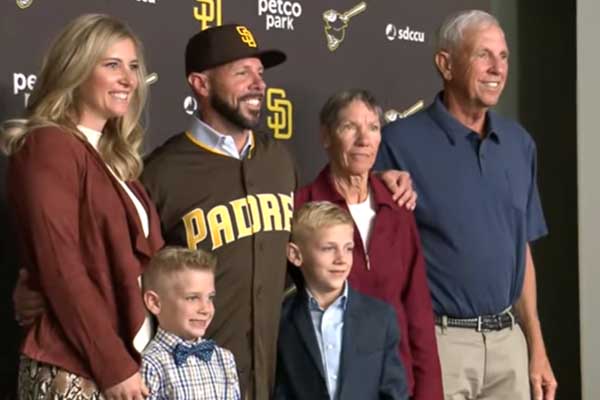 Jayce Tingler has been together with his wife, Callie Tingler, since his high school days and they have two kids together. Photo Source: Social Media.

The Minnesota Twins' coach's family has opted to stay out of the spotlight. Nonetheless, he often talks about their support and love in his interviews. Hopefully, we will get to know his family members more in the future.