David John LeMahieu or DJ LeMahieu is a professional baseball player who served as an infielder for the New York Yankees of Major League Baseball. He won the Gold Glove Awards in 2014, 2017, and 2018. The baseball professional also won the National League batting title in 2016 and 2020. DJ was also nicknamed Big Fundy and has been a starter on the 2019 All-Star team, where he won his first career Silver Slugger Award.

David started his baseball career in 2009 after being selected by Chicago Cubs and played for the Colorado Rockies before joining the New York Yankees in 2019. Big Fundy signed a two-year contract with the club for a $24 million deal. On January 27, 2021, David LeMahieu signed a six-year, $90 million deal in free agency with the Yankees. Let us learn more about DJ LeMahieu's biography.

David LeMahieu was awarded the Gatorade player of the year and Louisville Slugger Player of the Year two times for Michigan State. He attended Louisiana State University and was selected for the LSU Tigers baseball. He took part in the 2009 College World Series, hitting .444 in the series and leading all the players with 12 hits.

Chicago Cubs selected David LeMahieu in the second round of the 2009 Major League Baseball draft. DJ played for Peoria Chiefs and joined the Daytona Cubs of the minor league in 2010. He was honored with the FSL Post-Season All-Star selection. David got a chance to start the 2011 seasons with the Tennessee Smokies of the Class AA Southern League and was promoted to the major league but was demoted to the Iowa Cubs of Class AAA Pacific Coast League after losing to Houston Astros. He returned to the major league in September 2011.

The talented sportsman was later traded by Chicago Cubs to Colorado Rockies on December 8, 2011, and began playing for the Colorado Spring Sky Sox. He recorded his career-best four hits in a win over Milwaukee Brewers. The baseball infielder held a record of 12 assists in a 9-inning victory against the Los Angeles Dodgers. David LeMahieu was the second baseman for his first National League in the 2015 All-Star Game and 2017 Major League All-Star Game. He also bagged the Fielding Bible Awards for all major league second basemen. 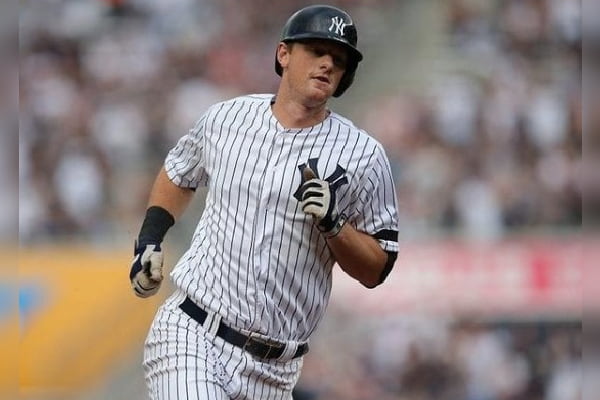 David LeMahieu held a record of 12 assists in a 9-inning victory against the Los Angeles Dodgers. Image Source: Instagram/djlemahieu.

David signed a $24 million deal for two years with the New York Yankees in January 2019. He made his debut for the club on the 30th of March of the same year. He became the first Yankee player to make 25 starts in three different infield positions. By the end of June, David had seven hits in 12 at-bats, three doubles, and seven RBIs, which helped the Yankees win over the Red Sox in the London Series with his incredible performance.

Following his performance, DJ LeMahieu won his first career Player of the Week award and the American League Player of the Month Award. He got elected as the starting second baseman for the All-Star game. He is ranked second in the American League in batting average behind Tim Anderson. As a natural team player, his performance on and off the pitch made him one of the most remarkable players in Major League Baseball. He was awarded the Silver Slugger Award and was named All-MLB First Team for second base.

Unfortunately, David was suffering from COVID-19 and could not attend the Yankees 2020 Opening Day starting lineup. He later recovered from the contagious disease and was back on the pitch soon. The baseballer ended the season with the highest batting average in the American League with a .364 batting average and becoming the ninth Yankee to win the title. He won his second Silver Slugger Award and finished third in Al MVP voting. Here is David's Career Stats according to MLB.

Looking at his statistics, we can see that DJ LeMahieu has done well for himself. He is now playing for the New York Yankees, and we might be able to see him breaking more records in the coming days.

Net Worth And Contracts

David John LeMahieu debuted in the MLB in 2011 for the Chicago Cubs and went on to play for the New York Yankees. Over the years, the baseball player has won prestigious awards for his sportsmanship and is undoubtedly paid a lot of money for his work. Big Fundy also earns a significant amount of money from various sponsorship deals that also add to DJ LeMahieu's net worth.

Not only endorsements, but the professional baseball player has also amassed a fortune from his playing career. He was on a two year deal for $24 million before the 2019 season. After the end of his contract in 2021, David was on a free transfer and as stated earlier, signed a new deal worth $90 million with the Yankees for six years. This will undoubtedly help increase DJ LeMahieu's total wealth.

DJ LeMahieu hired the Wasserman Media Group to represent him in 2018. The baseball player was listed for a free agent after the end of his contract in 2020. However, David signed a $90 million, six-year deal with his former club, the New York Yankees, in 2021. The club manager has stated that they wanted LeMahieu back no matter what.

David LeMahieu married his partner Jordan LeMahieu in 2014. The loving pair met in college at a Halloween event. The couple has been together ever since without any complications. Despite being married for six years, LeMahieu and his wife do not have any children yet together. 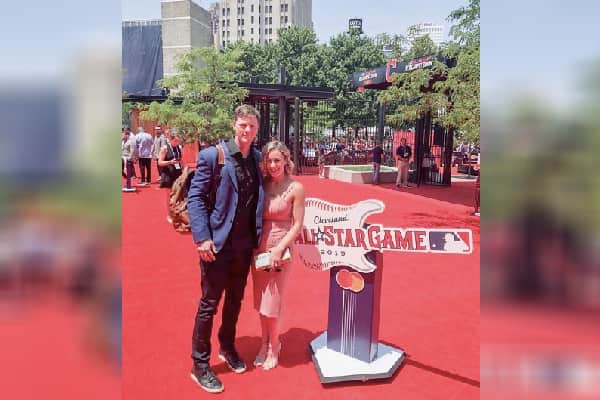 David LeMahieu and his wife Jordan LeMahieu have been married since 2014. Image Source: Instagram/demahieu.

DJ LeMahieu's wife Jordan was born on January 1, 1988, and works as a real estate agent and a housemaker.