MLB has seen many incredible talents since its beginning. Many baseballers have started from their humble beginnings to be renowned figures among baseball fans. And one individual who is quickly becoming a household name in baseball is Hector Santiago.

The athlete began showcasing his baseball prowess from a young age. He honed his talents through high school and college before turning professional. Moreover, the sportsman is a remarkable pitcher and can throw a wide variety of pitches. His skills have led him to join Seattle Mariners in 2021.

So, let's learn more about this rising MLB star's upbringing, family, career, net worth, and other details in this biography.

Hector Santiago Was Introduced To Baseball From An Early Age

The pro baseballer was born Hector Felipe Santiago on December 16, 1987, in Newark, New Jersey. He learned about baseball from his dad very early on.

Hector Santiago's father, Hector Santiago Sr., is a former professional flooring installer. He also used to umpire three youth league games in a single day. In addition, he earned $40 for each game but gave it back to the league to pay for field and equipment.

Hector's dad, Hector Sr.'s love for baseball was passed down to him from childhood. He also coached his sons in baseball from a young age. 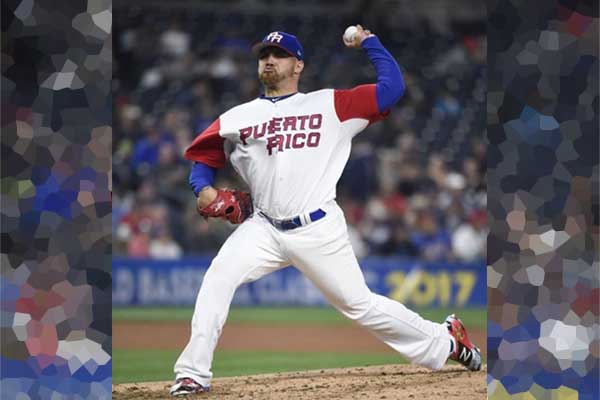 Likewise, Hector Santiago's mother, Lourdez Concepcion, must be proud of his baseball career. She likely never misses out on any of his matches.

The pitcher's younger brother, Anthony Santiago, signed a minor league deal with Chicago White Sox in 2012. He played in MiLB for several seasons.

Hector initially played in Newark Little League with his sibling in his hometown. He also actively played baseball at Bloomfield Tech High School. After graduating, he enrolled at Okaloosa-Walton Community College, where he played a year of collegiate baseball.

Hector Santiago Net Worth And Career

During his college year, the Chicago White Sox drafted the baseballer on the 30th round of the 2006 MLB Draft. He began playing for Bristol White Sox in the Appalachian League in 2007. Hence, Hector Santiago's net worth comprises his earnings from his baseball career.

The MiLB player then competed for Birmingham Barons, where he was named SOU Pitcher of the week in 2011. He eventually made his MLB debut on July 6, 2011, with the Sox. In addition, he got his first career win in the second season by striking out Elvis Andrus.

The professional baseball player has played for Los Angeles Angels, Minnesota Twins, New York Mets, and Detroit Tigers. He has also earned a considerable income from his baseball contracts. Some of Santiago's salaries from different baseball clubs as per Baseball-Reference are tabulated below:

The athlete joined Seattle Mariners in April 2021. He initially pitched for their Triple-A team, Tacoma Rainiers, before switching to majors. However, MLB suspended him for ten games following the league's new policies against controversial grip-enhancing substances on June 27, 2021.

After a month, MLB again suspended the pitcher for the other eighty MLB games without pay. The league did it following the positive test of external testosterone. In addition, the new suspension cost him half of $700K of Hector's MLB salary.

The baseballer was assigned to Gigantes De Carolina in Puerto Rican Baseball League in November 2021. Thus, Hector Santiago's net worth must be a notable figure from his pro baseball career.

Another individual who has gained massive fame and fortune from his MLB career is New York Yankees' pitcher Gerrit Cole.

Hector Santiago Is A Married Guy

As an emerging baseball star, Santiago enjoys a vast fandom. His fans are always interested in knowing him better and understanding his life away from the baseball field. His admirers are also eager to find whether he has found his other half. So, questions related to Hector Santiago's wife and partner are nothing new.

Well, to answer these inquiries, he is a married guy. Hector Santiago's wife, Esther Santiago, is an Instagram model. She is a gorgeous lady who supports her husband's career wholeheartedly. 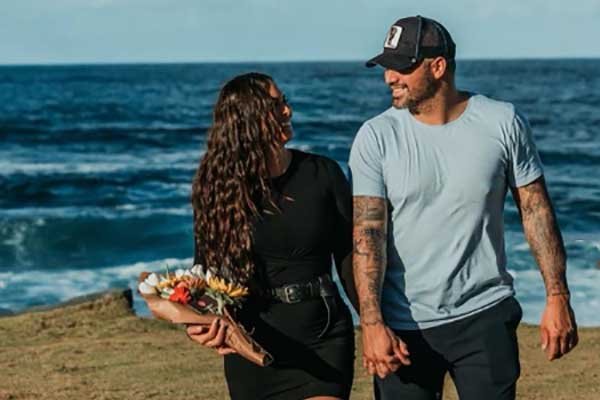 The couple hasn't precisely revealed when they began dating. But both must have been in a relationship for some period before getting hitched. Furthermore, the pair married on November 29, 2015, and have been enjoying marital bliss since.

Going through the duo's Instagram accounts, they often upload pictures of their vacations, travels, celebrations, etc. Santiago isn't shy of PDAs and often expresses his love and admiration to his wife, Esther, on his social media pages.

Hector Is A Proud Father Of Two

Alongside enjoying marital bliss, the pro baseballer is a father of two lovely children. His daughter, Kamilah Santiago, was born in December 2006. In addition, she often appears on her parents' posts on social media.

Hector Santiago's son, Santi Santiago, was born in March 2021. He is constantly seen enjoying playing time with his dad, Hector, on Instagram. 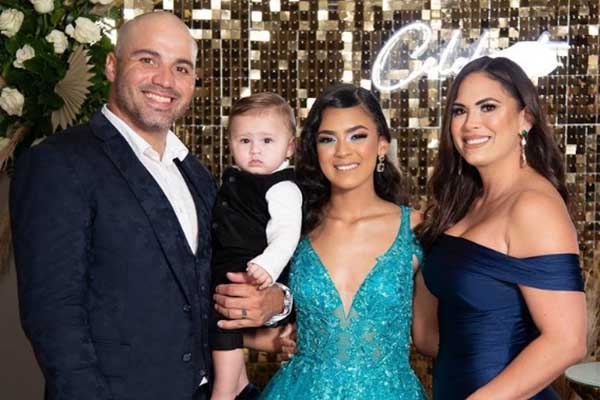 Hector Santiago is a doting father of a daughter and son. Photo Source: Esther Santiago's Instagram.

The MLB player loves his kids and makes them his priority. His children likely share the same feelings and must be proud of his baseball career.

We wish the Santiago family success and prosperity in the days ahead.