Tom Glavine is a former MLB player who was recently elected in the Baseball Hall of Fame's Board of Directors. Photo Source: Wikimedia Commons.

Baseball has never lacked skilled players since its professional development. However, some leave their imprint so deep it creates a bar for the newcomers. And one such individual who has influenced other young athletes is Tom Glavine.

The retired baseballer played as a pitcher for more than two decades. He has led his teams to numerous victories and recorded the highest scores in his career. For instance, he has scored the second-highest number of wins in the National League.

So, let's learn more about this baseball legend's upbringing, career, and relationships in this biography.

The sportsman was born Thomas Michael Glavine on March 25, 1966, in Concord, Massachusetts. His parents raised him in the Boston suburbs of Billerica.

Tom Glavine's late father, Frederick J. Glavine, a U.S. Army veteran, was an avid sports fan. He was the first three-sport varsity captain in the history of Billerica Memorial High School. Unfortunately, he passed away on August 5, 2021.

Likewise, Tom Glavine's mother, Mildred Glavine, must have also supported his sports passion from the beginning. 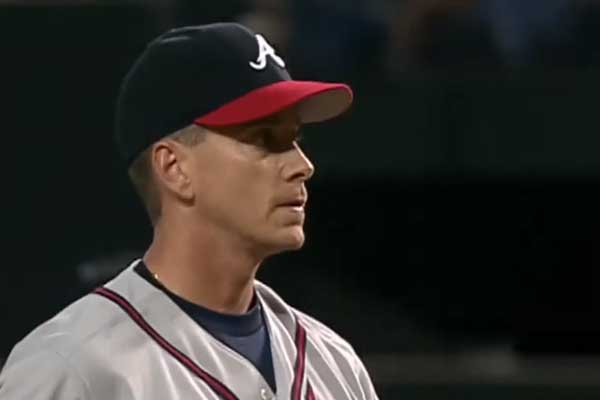 Tom aced as a hockey and baseball player at Billerica Memorial. He earned MVP honors and scored forty-seven goals in hockey. Likewise, he led his school's baseball team to win the Division I North Title and the Eastern Massachusetts Championship.

Tom Glavine Net Worth And Career

The player's incredible skills earned him attention from NHL and MLB teams. As a result, he was picked by Los Angeles Kings and Atlanta Braves in 1984. However, Glavine rejected the NHL offer and chose to play baseball with the Braves. In addition, he also received an $85,000 signing bonus.

The sportsman took his career to new heights and earned respect from other players. Likewise, Tom Glavine's net worth also increased alongside his progressive profession.

After playing in MiLB, Tom made his MLB debut on August 17, 1987. His first few seasons were average, but he turned the corner in 1991. Moreover, he scored more than twenty wins and won National League Cy Young Award.

Glavine's salary during his time with Braves and Mets are tabulated below:

The pro baseballer returned to the Atlanta Braves on a contract worth $8 million in 2007. However, due to his recurring shoulder injury, he missed many matches. Eventually, he retired from sports in 2010.

The sportsperson concluded his MLB career with 2607 strikeouts, 4413.1 innings pitch, and 305 wins. In addition, he earned millions of dollars from his playing career.

Hence, Tom Glavine's net worth is a gigantic $80 million. Another individual who has earned a fortune from his baseball career is New York Yankees' pitcher Gerrit Cole.

Glavine put his mansion for sale for $6.75 million in 2018. Memphis LLC brought the house for $5.6 million in 2019. Moreover, the athlete had previously purchased a beach home in Panama City for $7 million in 2011.

Tom listed the villa for sale for $11.75 million in September 2015. It was purchased by an undisclosed client a year later for $10.25 million.

Well, talking about the retired baseballer's love life, he has been married twice. His first wife, Carri Ann Dobbins, was married to him from 1992-1997. However, the ex-pair decided to part ways for undisclosed reasons.

Tom has since found solace in his current partner, Christine Glavine. She is a beautiful lady who supports his career wholeheartedly.

The pair first met in the 1980s but didn't initiate any connection. But both must have been destined and again met after their divorces. Furthermore, the couple developed an attraction and wedded on November 4, 1998. 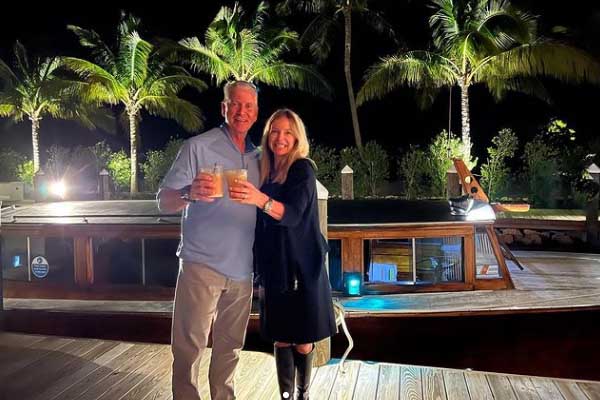 Tom Glavine's wife, Christine Glavine, is a philanthropist and helped raise money for many causes. For instance, she teamed up with her husband and Seaside School Foundation, Inc., to host an annual golf tournament in 2021. Moreover, the event raised $90,000 for the foundation.

The duo often appears together in baseball matches and public functions. In addition, both are enjoying a happy marital life with each other.

Tom Is A Proud Father Of Five

The former Braves player has a daughter named Amber Glavine from his first marriage. She also previously attended Boston College.

The sportsman is a proud father of two other sons named Mason Glavine and Kienan Patrick Glavine. Moreover, he has a stepson named Jonathan Flaig, who was born from his wife, Christine's previous marriage. 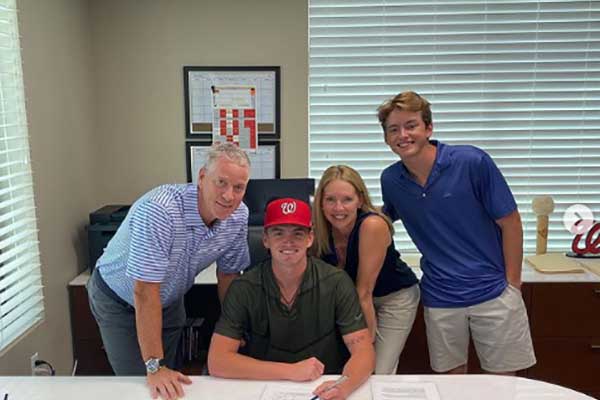 Likewise, he adopted his youngest son, Kienan, when he was an infant.

The baseballer's kids are all pursuing careers in their respective fields. We wish all the Glavine family success and prosperity in the future.