The NFL is renowned for being a highly competitive and result-oriented league. So, it's difficult for younger footballers to gain a strong foothold in it. Although some couldn't play in the NFL, they have shined as coaches. And one such individual is Matt Nagy.

The sportsman rose as one of the highest prospects in football before turning pro. He then made his AFL debut and played professionally for nearly a decade. Moreover, the athlete then pursued a coaching career which he is continuing till now. He is the head coach of the Chicago Bears.

So, let's learn more details about this football legend in this biography.

The football coach was born Matthew Nagy on April 24, 1978, in Dunellen, New Jersey. His parents separated when he was three; however, it didn't affect his relationship with them.

Matty Nagy's mother, Gail Stouch, raised him in Manheim after divorcing his dad. She always supported and advised him, including on some of his tough decisions as a coach.

Matt's father, Bill Nagy, played a defensive lineman in his academic years. He then coached the high school football team in their hometown for ten years. 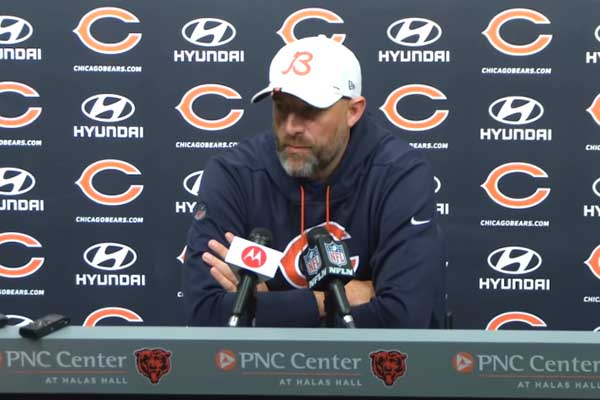 Nagy also played football and basketball at Manheim Central. He received the MVP honors and recorded 26-2 and 3500 passing yards in school.

Matt Nagy Net Worth And Career

The sportsman was on many universities' radars from his football records at high school. He eventually enrolled at the University of Delaware and played for their team. Matt scored 8,214 passing yards, fifty-eight touchdowns, and twenty passing records in college. He also earned All-America honors in his senior year.

Alongside playing in collegiate competitions, the player majored in health and physical education. He graduated with a bachelor's degree in 2000. Moreover, he later received an honorary degree as a Doctor of Science in 2019.

The footballer then tried his luck in NFL but couldn't make it in. He then debuted in AFL with New York Dragons in 2002. However, he only played for a season before tearing his left ACL.

The AFL player also competed for Carolina Cobras, Georgia Force, and Columbus Destroyers. However, the league folded in 2008 due to the Great Recession ending his playing career. 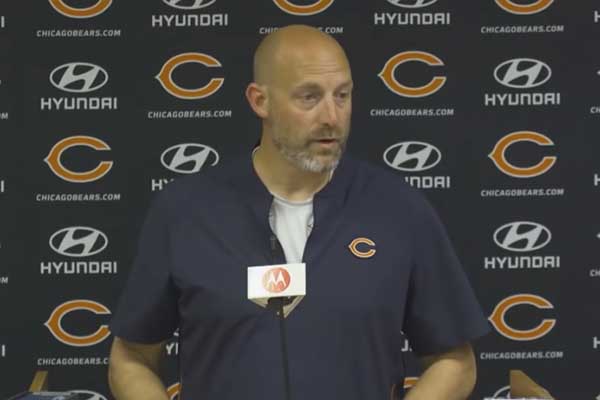 Nonetheless, Matt concluded his career with 18,866 passing yards, 374 touchdowns, and a quarterback rating of 115.1. He could have shown more potential if not for his career's abrupt end.

According to Fox Sports, the average salary of an AFL player was $259,651 in 2020. So Nagy's income might have also been around the same range.

Hence, Matt Nagy's net worth must be a notable figure from his playing career.

After the sudden end of his playing career, the former AFL player worked in real estate. He earned $100,000 per year but left it to be Philadelphia Eagles' coaching intern. He was offered only $45,000 a year for the position but accepted the offer because of his passion for the sport.

Nagy climbed up ranks to become an offensive quality control coach in 2011. He then replaced John Fox to be the head coach of the Chicago Bears in 2018.

The NFL mentor's five-year-long contract with the Bears offers an average pay of $7 million a year. He proved his value by leading the team to win NFC North in his first season. As a result, he received Coach of the Year honors from the Associated Press and Pro Football Writers Association. 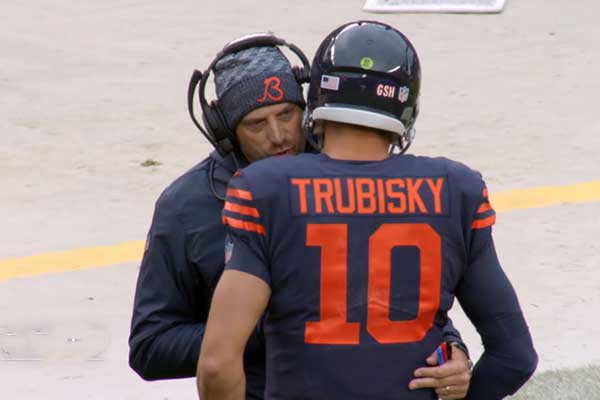 Matt Nagy was awarded Coach of the Year after his first season as a head coach. Photo Source: Social Media.

Sadly, the Bears have suffered more losses, including a loss with Green Bay Packers in the 2021 season. So, there have been many speculations about Matt being fired after this season. But he and the team haven't confirmed the news, so it might just be a rumor.

Nonetheless, Matt Nagy's net worth must be a considerable sum from his coaching career. Another individual who has earned a fortune from her coaching profession is soccer coach Jill Ellis.

Matt Nagy Is Married To His Long-Time Partner

The NFL coach's career has been marred with rumors and speculations. But his personal life is the exact opposite, with tranquil harmony with his partner.

Matt Nagy's wife, Stacey Nagy, is his high school sweetheart who leads a simple life away from media scrutiny. So, much about her profession and background has yet to be seen. 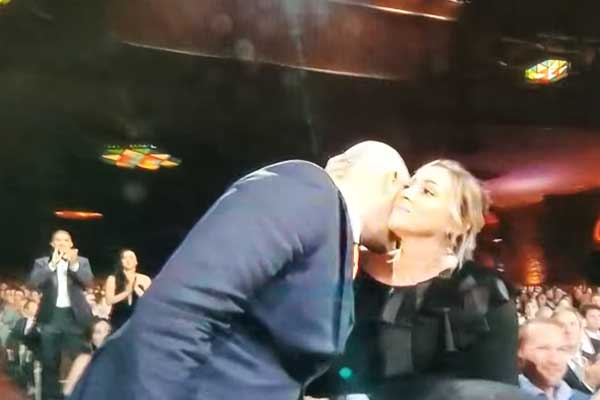 But from what we know, Matt's spouse, Stacey, previously worked as Cedar Crest's girls track coach. So, she might have been athletic during her academic years.

The pair dated for many years and eventually got married in 2002. Since then, both have been enjoying marital joy. Moreover, the couple hasn't revealed much about their personal affairs in the media.

But, the duo is often spotted together in football matches and press conferences.

Nagy Is A Proud Father Of Four Sons

Alongside enjoying a happy married life, the Bears coach experiences the love of his four children. His firstborn, Brayden Nagy, is considered the responsible one among his other siblings.

Nagy's second son, Tate Nagy, is more of a competitive introvert. His youngest sons, Jaxon Nagy and Jett Nagy are fraternal twins. Funnily enough, before they welcomed the twins, Matt and his wife had apparently been wishing for a baby girl. 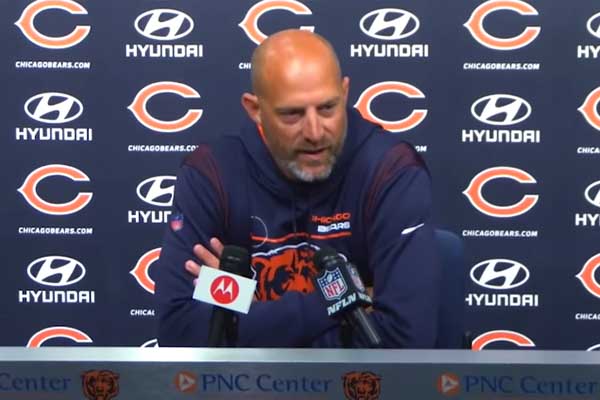 Matt Nagy is a proud father of four sons, two of whom are fraternal twins. Photo Source: Social Media.

However, the sports personality has decided to keep his boys out of the spotlight. Nonetheless, they must be supportive of his football career.

Hopefully, we will learn more about the Nagy family in the future.