Charlie Montoyo has been serving as the manager of the Toronto Blue Jays in the MLB since the 2019 season. Photo Source: Wikimedia Commons.

Charlie Montoyo grew up as a local baseball talent from a small town in Puerto Rico. However, his chances of making it onto the big stage of the professional baseball scene were looking slim. So, as his life took many different turns and paths, he had to overcome several hurdles to earn his place in the MLB as a player and coach.

Today we will uncover Charlie Montoyo's biography and discover his journey to the big leagues. Moreover, we will also get into the nitty-gritty of his personal life.

The MLB coach was born José Carlos Montoyo Díaz on October 17, 1965. He spent most of his childhood in Florida, Puerto Rico, alongside two brothers and a sister. Charlie Montoyo's parents, Felix Montoyo and Nydia Montoyo raised the sibling quartet in the town.

In his early years, the Puerto Rican athlete had already developed a passion for baseball, and as he grew older, he became more attached to the game. So, it did not take him long to join the local team, Los Titanes de Florida, which competed in the domestic league, Doble-A.

Unlike other professional baseball tournaments, Doble-A pitches in a group of pure, local talent from several neighboring towns and cities. Being a member of one of the smallest teams in the league, Montoyo's team had always been underdogs. 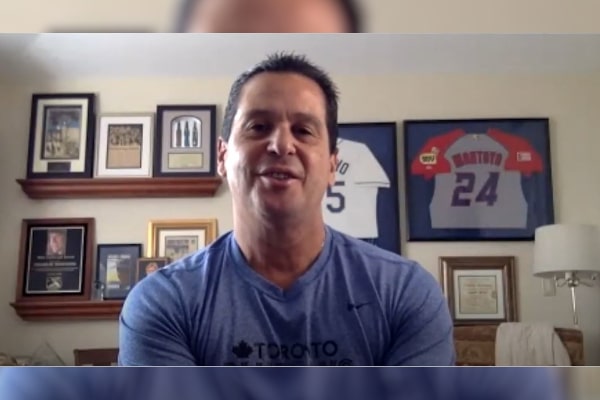 However, that changed in 1982, when Charlie carried his team to the championship title. As a 16-year-old second baseman, he led the Titans de Florida from the front. Subsequently, he was hailed as the greatest prodigy the town had ever produced.

During one of the games, the announcer called Charlie Niño de Oro, which translates to "the Golden Child." The name stuck with the people of the town. And when the Milwaukee Brewers eventually drafted Charlie in the 26th round of the 1986 MLB Amateur Draft, he justified the name.

Charlie Montoyo Net Worth And Career

After playing baseball at Louisiana Tech University, Charlie's transition to the MLB was a big move. However, despite initially being drafted by the Brewers, he was traded to the Montreal Expos on January 20, 1993. Even then, his stay in the league didn't last long.

The Louisiana graduate started in four games for the Expos as a second baseman and pinch hitter. Afterward, Charlie spent most of his career in the minor leagues, where he played 1,028 games. Later on, the athlete decided to end his playing days after the 1996 season. As a player, the Florida native spent over a decade on the professional baseball scene.

However, being a minor league player, Charlie Monotoyo's salary was only a paltry sum. Most minor league athletes pocket around $15,000 per year, which might have been even lower in the 1990s. The mentioned sum of money is measly compared to the million-dollar paychecks of MLB players. So, Charlie Montoyo's net worth did increase significantly until his days as a coach began.

Charlie's Earnings As A Baseball Coach

Charlie was not willing to stray away from baseball after his retirement. So, he joined the Tampa Bay Devil Rays as a manager for the rookie-level Princeton Devil Rays in 1997. The 5-foot-10-inch sportsman continuously stacked up wins, making a swift climb up the managerial ladder. And before long, the Toronto Blue Jays announced Montoyo as their manager for the 2019 season. 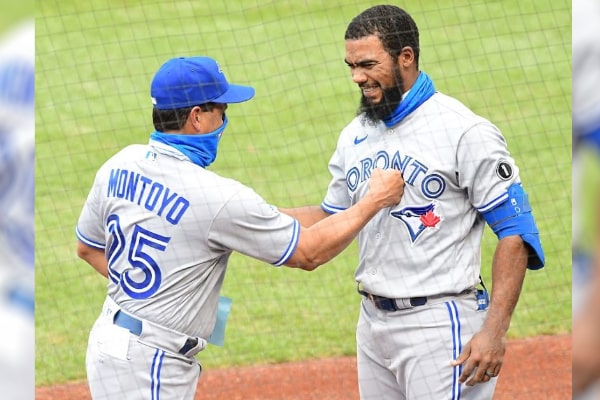 It didn't take Charlie Montoyo long to jump from managing a rookie-level team to managing a team in the MLB. Photo Source: Wikimedia Commons.

The Louisiana graduate signed a three-year contract with the team, with a club option for 2022. Well, the details of the agreement remain to be disclosed. Nevertheless, the Jays paid their previous manager, John Gibbons, an annual sum of $1.7 million. Thus, Charlie must have been paid a similar sum of cash for his services.

Charlie Montoyo's net worth is heavily influenced by all the earnings he made through his coaching endeavors. And he is likely to receive additional income now that the Rays have exercised the fourth-year option on his contract on March 16, 2021.

Moreover, with many more successful years behind him, Charlie Montoyo's riches will even rise to newer heights, similar to those of other MLB coaches like Brian Snitker, Torey Lovullo, and many more.

Charlie Montoyo Is A Family Man

The Puerto Rican MLB coach remains frantic in his professional life, formulating new strategies and analyzing the Rays' gameplay. Well, the same can be said about his personal life too. Charlie is constantly occupied with his lovely spouse and two kids at home as well.

Charlie Montoyo's wife, Samantha Montoyo, also shares a keen enthusiasm for baseball. As such, the husband-wife duo initially met when the 5-foot-10-inch athlete was managing the RiverDogs, a Class A team. Charlie's spouse, Samantha, was the team's director of promotions and special events.

Charlie Montoyo's Son Had To Go Through Open Heart Surgeries

Nonetheless, the couple did not romantically engage until they left the franchise. And after dating for a while, the pair decided to tie the knot. Charlie Montoyo's wife gave birth to their first child, Tyson Montoyo, in 2003. But unfortunately, the birth of Charlie's second son would not go as smoothly as the first time around.

The Montoyos were happy to welcome their youngest, Alex Montoyo, on October 17, 2007. However, within minutes after the birth, doctors diagnosed that Charlie's second child, Alex, had Ebstein's anomaly, a rare heart defect in which one heart valve doesn't function properly. 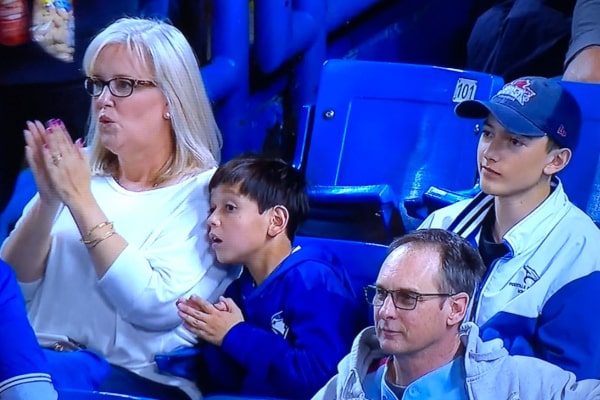 So, when Charlie Montoyo's son, Alex, was only a week old, he had to go through open-heart surgery. Afterward, he had to go through two more procedures. Nevertheless, the Montoyo family seems to be doing well as of now. We wish them long-term prosperity and hope to get a deeper insight into their lives in the upcoming future.