Torey Lovullo is a former MLB athlete who is now the manager of the Arizona Diamondbacks. Photo Source: Wikimedia Commons.

As the Arizona Diamondbacks approached their worst season in franchise history in late September of 2021, MLB watchers were sure they would dump their current coach, Torey Lovullo. So, when the organization announced that they would give Torey a one-year contract extension instead, it came as a surprise to many.

Torey, who was a former MLB star, has been coaching the Diamondbacks since 2016. Although he proved to be a decent investment for the organization in his debut season, his team has not done well for the past couple of years.

Therefore, it remains to be seen if this one-year contract turns out to be beneficial for the Diamondbacks and Torey. For now, let's uncover Torey Lovullo's biography and take a glimpse into his personal life.

Torey Lovullo Is A Child Of Eminent Producer

Born on July 25, 1965, and brought up in Santa Monica, California, it rarely occurred to Salvatore Anthony Lovullo that his childhood was far from ordinary. Hanging out with country music legends like Buck Owens and Roy Clark was a regular event for little Lovullo.

The sibling quartet was mainly looked after by Torey Lovulo's mother, Grace Lovullo. It was not until weekends that the children got to see their father, Sam, who was always away from home in studios.

Torey Lovullo's parents did not object when he chose a career path different from his father's. From early years, Torey had developed an affinity for baseball. As a result, he would regularly hone his skills on the pitch. 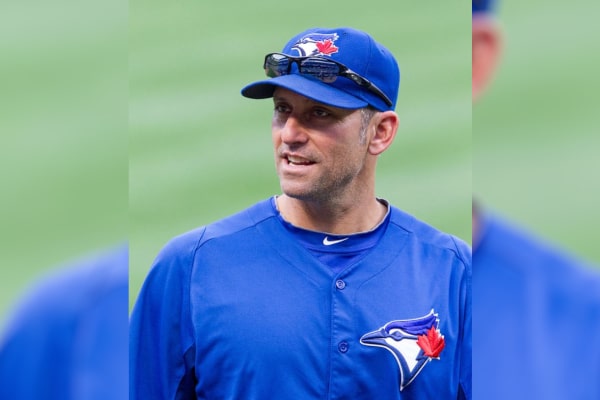 Lovullo was a member of the CIF Championship Baseball teams while attending Montclair High School. And in 1983, he was awarded the 'Small Schools Player of the Year' for his outstanding batting skills.

Afterward, Torey attended the University of California, Los Angeles (UCLA). Here he played as second baseman and scored 51 home runs in 856 at-bats. He graduated from UCLA with a degree in Social Science in 1987.

It was the first breakthrough in Lovullo's career as it gave him exposure to other franchises and aided him in developing his talents. He mostly played as an infielder and was a switch hitter.

Torey's Career As A Coach

Torey spent nine years in the Minor League Baseball (MiLB) as a manager before entering the MLB. His coaching endeavors began when he was named infield coach of the Cleveland Organization in 2001. A year later, he got promoted as manager of the Columbus RedStixx and guided them to the finals of the SAL playoffs.

Later on, Lovullo managed other minor league teams: the Kinston Indians, the Double-A Akron Aeros, the Los Angeles Dodgers, the Buffalo Bisons, and the Pawtucket Red Sox until 2010. As a coach in the MiLB, he guided his clubs to four postseason appearances and two league championships.

Torey Got Appointed As Diamondbacks' Manager

On 4th November 2016, Mike Hazen appointed Lovullo to replace Chip Hale as the Diamondbacks' manager for the 2017 season. Hazen had previously worked with Lovullo on the Indians and Red Sox.

Torey guided the team to the postseason and won the NL Wild Card Game in the first season. He finished with 93 victories and 69 defeats, a 24 game improvement from last season.

For his successful debut, Lovullo was selected Manager of the Year for the 2017 National League. The contract extension for the period through 2021 was finalized between Lovullo and the Diamondbacks in January 2019. Again on 23rd September 2021, the team confirmed a second deal for Lovullo till 2022.

Is There Bad Blood Between Torey Lovullo And Yadier Molina?

Avid baseball watchers witnessed an ugly scene on 7th April 2018 during a game between the Arizona Diamondbacks and the St. Louis Cardinals. Puerto Rican athlete Yadier Molina charged towards Torey Lovullo, and the duo exchanged a few words in the heat of the moment. Later, both of them were suspended for a game.

Although the altercation lasted only a few minutes, the crowd was left clueless about what had happened for the entire period of the game. Media later revealed that when Torey was arguing with umpire Tim Timmons about Molina's framing skills, he uttered a profanity that the Cardinals' catcher thought was directed towards him.

Let's rewatch what happened on that day.

Torey, afterward, cleared up that his comment was not intended towards Molina and apologized in front of the press if his remarks had unknowingly flustered Yadier. However, he also admitted it was unprofessional of him to act in such a manner.

Three months later, Torey met face-to-face with Yadier and made his apology. The pair seemed to have cleared their ill feelings as the duo was seen bumping fists during the routine practice.

Torey Lovullo Net Worth And Earnings

As aforementioned, Torey played in the MLB for eight seasons for seven teams. Therefore, he must have been compensated well for his services by those teams at the time. However, Torey Lovullo's net worth did not see considerable growth until he became Diamondback's manager.

It's easy to assume that Torry has been paid a hefty sum of cash as a prominent MLB coach. Yet, this is not the case. In contrast, Lovullo is right up there on the list of the lowest-paid MLB coaches, alongside Braves' manager Brian Snitker. 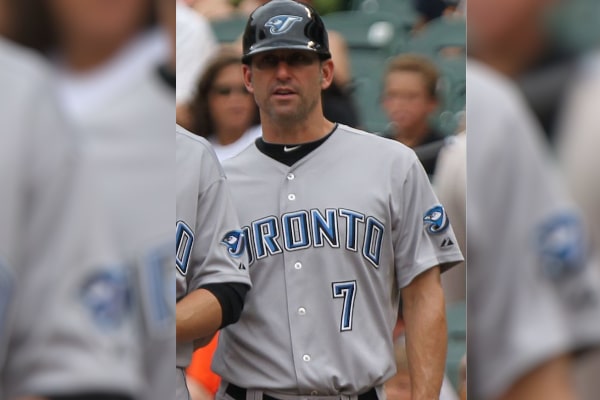 Torey Lovullo's salary is $900,000 per season, according to the Arizona Republic. Even though it is a substantial sum of money for ordinary people, it seems paltry compared to the $6 million paychecks of Los Angeles' coach Mike Scioscia.

However, Torey has not complained about his revenue and instead focused on improving his team's performance. Furthermore, the Diamondbacks' coach must have earned immense wealth as he has led the squad for five years. And we are convinced that Torey Lovullo's net worth will reach even newer heights with more profitable years ahead.

Torey Lovullo's wife, Kristen Burwell, aka Kristen Lovullo, has been spotted inside the stadium cheering for her husband's team on more than one occasion. The duo shares a common passion for baseball and doesn't miss an opportunity to show their affectionate side.

MLB coach Lovullo met his wife during his managing tenure at the Buffalo Bisons. His partner, Kristen, was also working for the organization at the time. After few initial encounters, the couple brewed a romantic relationship and started dating. 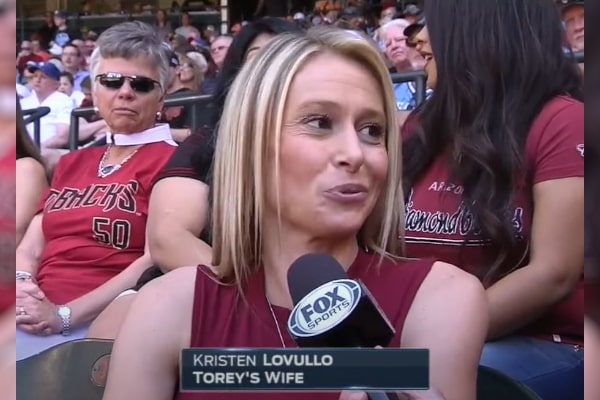 Torey Lovullo has been married to his wife, Kristen Burwell, for more than a decade. Photo Source: Social Media.

Later on, Torey and Kristen decided to tie the wedding knot in 2009. The pair is parents to their only son, Connor Burwell, aka Connor Lovullo. It has been more than a decade since their marriage. In addition, the couple has turned into a perfect husband-and-wife duo in the eyes of many. Nevertheless, only a handful of people know that Kristen was not Torey's first love.

Torey Has Two Children From A Previous Marriage

Before meeting Kristen, the Diamondbacks' manager was married to Lynn Tobey Goldfield. It is unknown how the couple met or how they started their intimate connection. Regardless, the pair got married in the early 1990s.

Torey Lovullo's ex-wife, Lynn, gave birth to Nick Lovullo, aka Nicholas Lovullo, and Taylor Lovullo during the period of the marriage. Nick followed in his father's footsteps and currently plays for the Kane County Cougars in MiLB.

Torey Lovullo's ex-wife keeps a low profile and doesn't like to appear in front of the media. Furthermore, both parties have remained quiet and have not revealed the cause of their split up. Yet, Torey Lovullo's children grew up surrounded by love.

In June 2018, Torey's wife, Kristen, publicly accused a priest of inappropriate behavior during her childhood. According to the Buffalo News, Rev. Dennis A. Fronczak repeatedly fondled her while she was on Grand Island attending St. Stephen parish school.

Moreover, Kristen stated that she was afraid all this time to talk about the incident. However, she mustered courage after reading an article about Fronczak's abrupt removal from the church following his inappropriate behavior.

Hopefully, the officials have looked into the case and provided proper justice to the victim. Even the MLB coach came out and praised his wife. Well, Torey seems to be in a happy relationship with his wife. We wish them long-term prosperity and hope to see more of them in the upcoming days.