It's easy to assume that being a child of a successful professional athlete, you would have an easy way towards stardom. Nonetheless, this is not true. Celebrity kids struggle just as much as we do and crave success even more. But, in contrast, it is often hard for them to meet the crowd's expectations and reach the same level of fame as their parents.

Nick Lovullo is one of those so-called 'privileged' children of a retired baseball star. Nevertheless, looking at his life, we can hardly detect any privileged moment. Instead, his hunger and drive for success are what separate him from the rest.

Today let's uncover Nick Lovullo's biography and discover the success and failures he has had in his journey to stardom.

Nick Lovullo Is The Son Of A Famous Father

Amerian sportsman Nick was born Nicholas Lovullo on 1st December 1993. He was born and brought up in Thousand Oaks alongside a younger sibling, Taylor Lovullo.

His Parents Are Divorced

Nick's childhood was not like that of most other youngsters. His dad, being a baseball athlete, was away from home most of the time. As such, he could not spend much time with his father and form a strong bond.

Moreover, Torey's absence also affected his relationship with his wife. As a result, Nick Lovullo's mother filed a divorce case in Los Angeles Country Superior Courts. And after some months, the duo officially split up.

Nick Followed The Footsteps Of His Father

You would think Nick's relationship with his parents deteriorated after witnessing his parent's divorce at an early age. Yet, this is not the case. In contrast, he has a strong connection with both of his parents to this day.

Lovullo's father, Torey, heavily influenced him from early on despite not spending much time with him. Nick learned the fundamentals of baseball from his papa and developed a natural affinity for the game. Thus, he started playing baseball during his schooling years at Newbury Park HS. 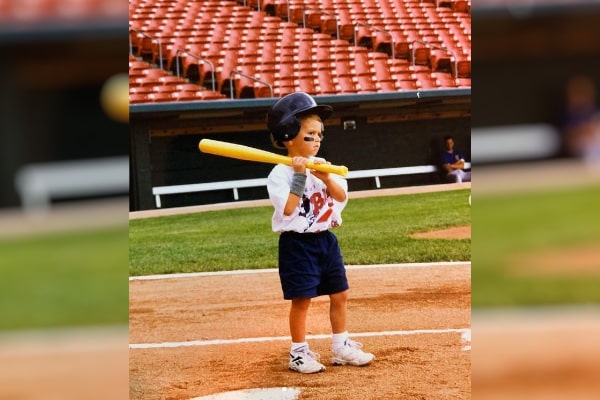 Later on, Nick enrolled in the College of the Holy Cross and represented his college in numerous domestic baseball tournaments. From a young age, Torey Lovullo's son was determined to make a name for himself in the world of baseball.

Nick's journey to the professional baseball scene began early on. Although he played for his school and high school, he did not get much recognition at the national level. Nonetheless, things changed for the better when the Toronto Blue Jays drafted him in the 38th round of the 2012 MLB June Amateur Draft.

Infielder Nick Lovullo's career got a breakthrough, and he gained exposure to more competent baseball tournaments. He spent three years with Toronto before joining the Boston Red Sox during his college years in 2015. The Red Sox retained Nick for another season of the MLB Amateur Draft and picked him in the 20th round.

The young athlete played for the Red Sox until the 2019 season. However, amidst the COVID pandemic crisis, the 2020 season did not look possible. As a result, Lovullo was one of the hundreds of minor league players released when it became clear the 2020 season wouldn't be held. 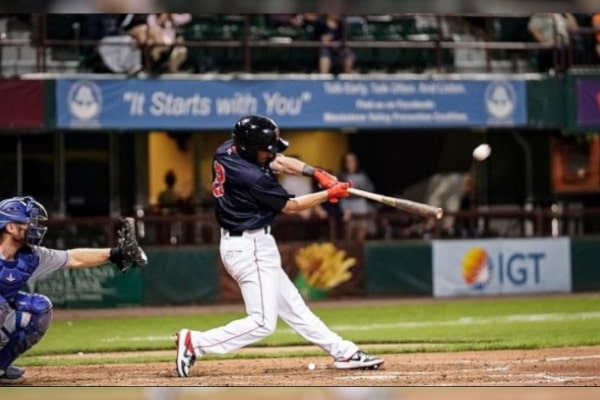 The sudden dismissal of the 2020 league amidst the COVID pandemic left Nick Lovullo without a team. Photo Source: Nick's Instagram.

It was a devasting moment for many aspiring athletes and a vital point in Nick Lovullo's career. Unfortunately, with no certain future ahead, several of Nick's friends and former teammates could not help but end their careers at that time.

Nevertheless, Torey Lovullo's son wasn't the one to let fate decide the course of his career. After being dropped by the Red Sox, he sat down with his family and planned further steps. Joining the Miami Marlins junior team seemed like the best idea at the time. He subsequently joined the team on 8th May 2021.

Yet, despite hitting an average of .302 for the Marlins in 16 games, Nick was released on 6th July. Soon after, he signed an agreement with the Kane County Cougars. Nick has been able to impress everyone with his batting skills so far. He has become an essential part of the team, establishing himself as a solid batter.

Although Nick Lovullo's career is far from ripe, his resolution and love for the game are praiseworthy. Regardless, he has miles to go before he can be compared to his father, Torey Lovullo.

Nick Lovullo's Net Worth And Career

Torey Lovullo's son is in the pretty early stages of his career. As such, it is quite hard to determine his income. However, the athlete must likely have made a hefty sum of cash while playing for the MiLB (Minor League Baseball) teams.

Nick Lovullo's net worth is inflated by the salary he earns as a professional athlete. According to SportingNews, a minor league baseball player is paid around $35,000 for a five-month season. Nick has represented numerous teams throughout his career. Therefore, his remuneration is likely to be around the same range, if not more. 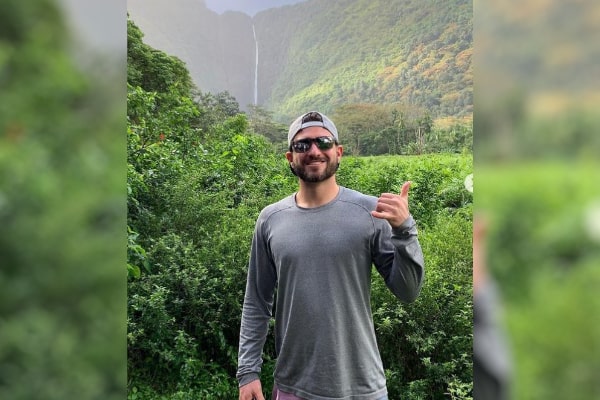 Most of Nick Louvllo's net worth is derived from his career as a professional baseball player. Photo Source: Nick's Instagram.

As aforementioned, Nick has been playing baseball since he was a kid. Consequently, he earned most of the assets through his baseball endeavors. Even though the rising athlete has not spoken publicly about his income, we can safely assume that Nick Lovullo's net worth is substantial.

And with many more years to come, his fortune is likely to reach new heights similar to other prominent baseball players like Shohei Ohtani, Aaron Judge, DJ LeMahieu, and many more.

As for his father, Torey Lovullo earned a significant amount during his time as an MLB player. And as a coach, Lovullo reportedly makes $900K per season.

Who is Nick Lovullo's Girlfriend?

Well, Nick is as just active in his love life as he is in the field. The Cougars star is romantically involved with the gorgeous Taryn Thrift. A quick glimpse into Nick's social media accounts, and we can easily paint the intimate relationship he has with his lover.

Nick Lovullo's girlfriend is also a baseball enthusiast. The duo has been spotted attending baseball games in various stadiums on more than one occasion. So, the couple might have bonded due to their shared passion and love for the game. 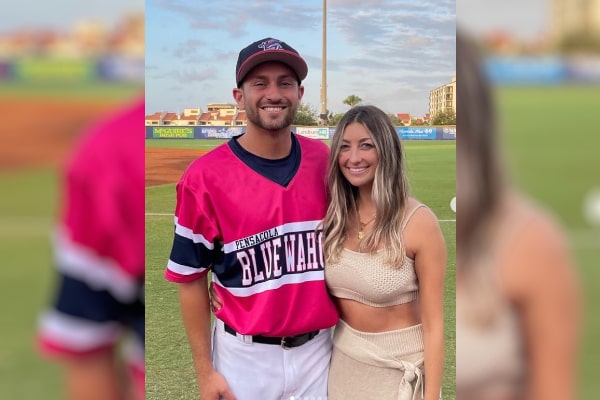 Moreover, Lovullo and his partner are not shy about showing care and affection for each other in public. The love couple often share pictures of each other in Instagram posts with short, sweet messages. One of those posts suggests that the pair started dating in June 2020.

We hope the newly budding couple will stay together for a long time, and we will get to see more of them in the upcoming days.