Gerrit Cole is an American baseball pitcher currently playing for the New York Yankees of Major League Baseball. Previously he pitched in MLB for Houston Astros and Pittsburgh Pirates. He has won different baseball tournaments and awards for his performances.

Gerrit Cole is a well-known player in America. He is the right-handed power pitcher who made his highly anticipated MLB debut in 2013. Since then, he has had a successful career and amassed a huge amount of net worth. So, let's get to know more about Gerrit Cole's life and career.

Gerrit Cole was born Gerrit Alan Cole on 8th September 1990. He is the only son of parents Mark Cole and Saron Cole. He grew up with his younger sister Erin Cole in Newport Beach, California, while his father grew up in Syracuse, New York.

Gerrit Cole married his long-term girlfriend, Amy Crawford, in 2016. They met each other during their college days as students. Gerrit Cole's wife was a college softball player and baseball team cheerleader. The couple dated for few years and tied the knot on November 12, 2016, in Newport Beach, California. It was a private ceremony, and only their family members were in attendance. 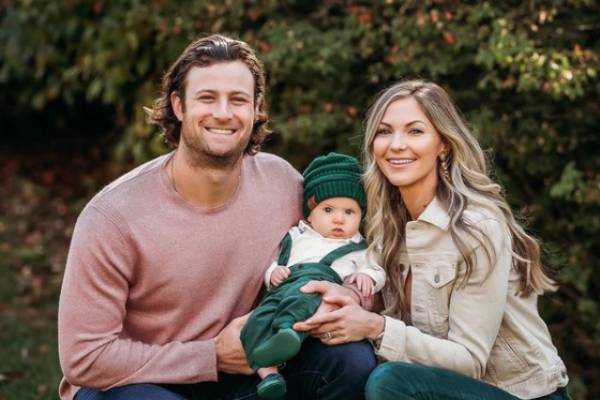 Gerrit Cole is married to Amy Crawford and has a son. Image Source: Gerrit Cole Instagram.

The couple welcomed their son on June 30, 2020. Gerrit Cole's son's name is Caden Gerrit Cole. Welcoming their son has changed both Gerrit and his wife, Amy's life, but the little one has brought immense joy to the family.

Gerrit Cole started playing baseball during his school days and gained national attention during his sophomore year when he pitched for the junior varsity baseball team. New York Yankees selected him during his senior year in the first round with the 28th overall selection of the 2008 MLB draft. Cole was made the Friday night starting pitcher during the freshman year of college by John Savage, coach of the UCLA Bruins. With a 3.49 ERA that season, Cole recorded a 4-8 win-loss record and collected 104 strikeouts in 85 innings.

Gerrit was selected with the first overall pick in the 2011 Major League Baseball Draft by Pittsburgh Pirates and then debuted with the pirates on June 11, 2013. Cole recorded his first career hit, a 2-run single with the bases loaded in his first career plate appearance. Then on 7th September 2014, he hit his first career home run at Wrigley Field off of the Chicago Cubs. In 2017, he led the National League with 33 starts and was 12-12 with a 4,26 ERA. 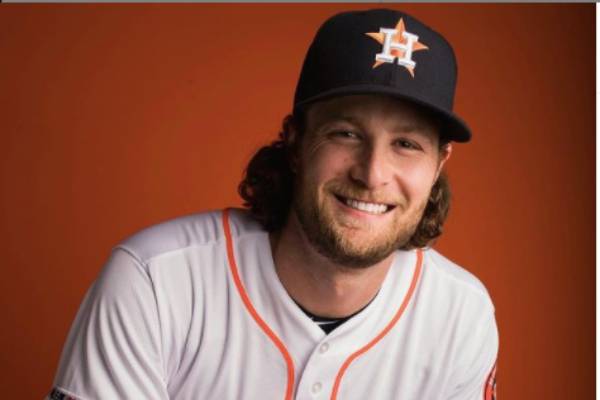 The Pirates traded Cole to the Houston Astros for Joe Musgrove, Michael Feliz, Colin Moran, and Jason Martin on January 13, 2018. Later in January 2018, the Pirates and Cole agreed on a one-year contract worth $6.75 million. In a game against Oakland Athletics in April 2018, he struck out 12 hitters and led the Astros to a win. He finished the season with a 2.50 ERA, 326 strikeouts, and a 20-5 record.

In December 2019, Cole signed a nine-year contract worth $324 million with Yankees, which became the largest signed contract by a pitcher. It topped the $245 million worth of seven-year contract signed by Stephen Strasburg. At that time, Cole was represented by his super-agent Scott Boras. Cole was a coveted free agent, that off-season, He wears jersey no. 45.

According to Celebrity Net Worth, Gerrit Cole's net worth is estimated to be $50 million. Aforementioned, Gerrit signed a nine-year contract worth $324 million, and that contract has an average annual value of $36 million. Gerrit earned a signing bonus of $8 million while signing the minor contract with Pittsburgh earning $3.7 million annual salaries. Furthermore, Gerrit also had signed a contract worth $13.5 million with Houston Astros.

Cole has earned a good amount of money and fame through his profession as a baseball player.

Aforementioned, Gerrit has a net worth of $50 million. With a fortune like that, it is sure that the player is living a comfortable and luxurious lifestyle. Gerrit purchased a home of 9,000 square feet area in Greenwich, CT, for $5,550,000. Cole resides there with his son and wife.