Baseball has had its fair share of players turned coaches such as Brian Snitker and Troy Snitker throughout the years. However, it is rare for players who have gone on to become coaches to become managers. Nonetheless, there are baseball phenoms who have only gotten better with time.

Ron Gardenhire is one of the few players who climbed up the ranks to become a manager of the elite baseball team Detroit Tigers, despite not having much luck as a baseball player due to his poor health. However, before becoming a manager for the Tigers, the former New York Mets' shortstop served as manager and coach for the Minnesota Twins.

Gardenhire's strategy, patience, and ability to react well under pressure in the field have led his teams to some of the most notable victories. So, naturally, baseball fans and critics all around the globe are stunned by him.

So if you are a baseball fan, Ron Gardenhire's biography is one that you do not want to miss out on. Hence, without delay, let us take a look at how Gardenhire's career progressed over time.

Ron Gardenhire Was Born To A Military Family

Ron was expected to join the military as a child, having grown up in a military family. Gardenhire's father, on the other hand, encouraged him to pursue a baseball career. 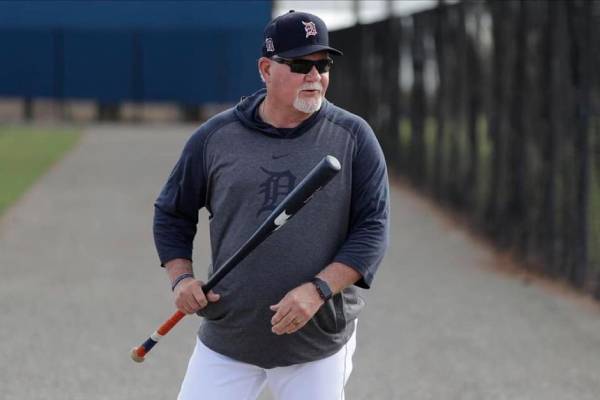 Despite being born in Butzbach, the Gardenhire family later relocated to Oklahoma. After moving to Oklahoma, he was enrolled in Okmulgee High School and later attended college at the University of Texas at Austin.

Unfortunately, the player-turned-manager is not one to talk about his early years, so sadly, not much is known about his upbringing. Still, Ron Gardenhire grew up to be an excellent person. So, Gardenhire's parents have done a decent job of raising him.

Ron Gardenhire's Brother Passed Away At 55

While little information about Gardenhire's family history has been made public, his brother Mike's sudden and untimely death in 2008 made national headlines. Ron had to skip the three-game weekend series against Detroit due to his brother's death to be with his family for the funeral.

However, the reason for Mike's untimely death has not been revealed, and understandably so. According to Scott Ullger, the Twin's third-base coach, Ron Gardenhire's brother was present in the Twins Vs. Rangers match in Texas just a week before his death.

The Gardenhire family must have been taken aback by the suddenness of it all, and his brother's death shook the former Detroit Tigers' manager. Nonetheless, although being distraught by his brother's death, Ron did not let it divert him from his job.

Ron Gardenhire Net Worth and Career

Ron Gardenhire is a former American baseball shortstop who played for the New York Mets from 1981 through 1985. In addition, Ron has also served as a coach and manager for Minnesota Twins, Arizona Diamondbacks, and Detroit Tigers.

The former coach and manager spent his entire life striving to turn his passion into a lucrative career. So, Ron Gardenhire's net worth must be in the millions, having worked in the sports industry for over half a century.

The New York Mets first drafted Ron Gardenhire in the sixth round of the 1979 amateur draft. He ended up playing shortstop with the Mets from 1981 through 1985. However, due to multiple injuries, he did not get the opportunity to shine on the field, and in 1982 and 1984, he only appeared in two games during the entire season. 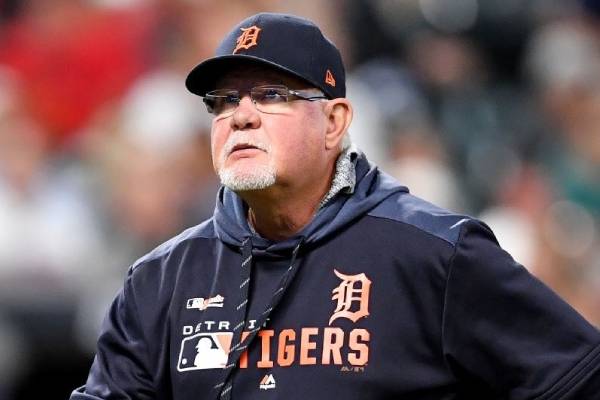 After the 1986 season, he was traded to the Minnesota Twins, where he played one season for their Triple-A affiliate. Gardenhire's health, however, continued to deteriorate, and he announced his retirement from baseball shortly after.

The estimated average salary of an MLB player is around $4.38 million per year. However, the income depends on the number of games played, status, and the player's experience.

Nonetheless, New York Mets and Minnesota Twins are the two most successful teams, so the Butzbach native must have had a considerable salary and made a pretty decent income as a professional baseball player.

Earnings As A Manager and Coach

However, even after retiring as a player, Ron Gardenhire continued to keep his passion for baseball alive by serving as the manager and coach for numerous baseball teams.

For the first three years of his managing career, he worked for the Minnesota farm system. He guided teams in the Class A Midwest League and the Class AA Southern League to one second-place finish and two first-place finishes throughout his tenure.

Following this, the former baseball player was assigned as the coach for the Minnesota Twins in 1991. Ron held the post for 11 seasons led his teams to some of the most memorable successes, including the 1991 World Series championship where the Twins defeated the Atlanta Braves.

It was at this time that Ron Gardenhire began getting the recognition he truly deserved. On January 4, 2002, he was assigned the post of manager of the Minnesota Twins, replacing Tom Kelly.

In thirteen seasons as the Twins' manager, Gardenhire's team only lost five times, including a one-game playoff to the Chicago White Sox, owned by Jerry Reinsdorf. Unfortunately, despite having led the team to multiple victories, Gardenhire was fired after 13 seasons on September 29, 2014, due to his team's deteriorating performances in the later years.

However, after signing a three-year contract, Gardenhire was named the new manager of the Detroit Tigers on October 20, 2017. Unfortunately, Gardenhire was ejected in his first game as Tigers manager, and the Tigers lost to the Pirates.

Despite this, the players consider him one of the top coaches, with some even claiming that there is no better mentor than Ron. Take a glimpse at a typical day in the life of the former Tigers manager as he prepares for his team.

However, on September 19, 2020, he unexpectedly announced his retirement as a manager, citing health concerns. Ron later admitted that he had no intention of retiring at the time but that as soon as he stepped into the ballpark, he felt it was the right thing to do.

Even though his decision has grieved baseball fans worldwide, Ron has been enjoying a peaceful life post-retirement.

An MLB manager's income in the United States is believed to be around $81,054 per year. However, depending on the geographic location, coaching experience, and organization, it can range from $60,123 to $155,697 per year. Similarly, an MLB coach's average annual wage is roughly $15,426.

The retired baseball legend has been in the limelight for over five decades. So, whether he likes it or not, his personal life and affairs are a topic that interests millions of people. However, Ron Gardenhire's wife Carol Kissling has done an excellent job of staying away from the media.

Despite this, Carol Gardenhire's husband has made some comments about their relationship. The married couple first met while in college and have now been together for more than 40 years. Gardenhire's wife is also a baseball fan, so the college sweethearts must have bonded over their shared interest in the sport. 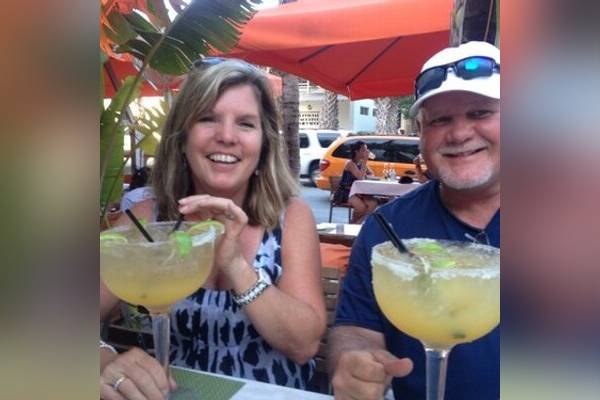 Carol Kissling, Ron Gardenhire's wife, is a sports lover as well, and the two of them enjoy golf, fishing, and jet skiing together. Image Source: Carol Gardenhire's Twitter.

Gardenhire claimed that he fell in love with Carol right away when she told him that he was a terrible baseball player. Kissling's straightforward attitude initially wowed the former Tiger manager, and the rest is history. Ron and Carol tied the knot in 1980 and since have been happily married.

Unfortunately, the married couple has kept their personal lives out of the unpleasant drama that comes with the media. However, there is no doubt that the lovely pair is entirely in love with each other.

Gardenhire Is A Father of Three

In their togetherness, Ron and his wife, Carol have welcomed three beautiful children into the world. Toby Gardenhire, their first and only son, was born on September 8, 1982, and has grown up to follow in his father's footsteps.

Toby initially began playing baseball as a utility player when drafted by the Minnesota Twins in 2005. Later he progressed up the levels and made it to Class AAA. However, Gardenhire's son soon retired from the game.

Ron is also a grandfather to two grandchildren, whom he loves and admires. In an interview, Gardenhire's wife stated that the married couple frequently visits their grandkids and spends some quality time together.

We hope that Ron and his spouse will be blessed with more grandkids in the future and that their joy will grow over time.