Millions of people have been inspired by success stories to be prosperous and keep moving forward in the direction of even more remarkable achievements. However, every excellent success story includes a period of failure, setbacks, and hurdles. Several well-known figures, such as Elon Musk, Bernard Arnault, and Jeff Bezos, have struggled with severe defeats throughout their lives. Nonetheless, they persisted in their pursuit of accomplishment, eventually achieving great success in their respective industries.

One such success story belongs to the owner of the NBA's Chicago Bulls and MLB's Chicago White Sox, Jerry Reinsdorf, and it is one you do not want to miss out on. Though the billionaire has had a prosperous career, he has faced some unpleasant experiences in his early years. So how did Reinsdorf go from working as a CPA and lawyer to becoming one of the world's wealthiest businessmen?

Let us find out in Jerry Reinsdorf's biography and also learn about his personal life.

Grew Up As A Sports Fanatic

Because Jerry Reinsdorf's father was a low-income sewing machine salesman, the family lived in poverty for several years. Reinsdorf grew up in a one-bedroom apartment with his family, where his brother and sister shared a bedroom with his parents, and the businessman slept on a rollaway cot in the hallway.

However, Reinsdorf was indifferent about his family's situation and looked forward to sleeping in the corridor since he would be able to watch television. Ever since his family got a television, the businessman was hooked to it, watching sports, particularly baseball. However, back then, sports was just something he was fond of, and he never looked at it as a pursuable career.

Jerry Reinsdorf attended Brooklyn's Erasmus Hall High School. He subsequently went on to George Washington University to further his study. He earned his law degree in 1960 after leveraging a complete scholarship offer from the University of Chicago Law School into a Northwestern University School of Law scholarship. And it wasn't long before he was on his way to stardom.

Jerry Reinsdorf Net Worth And Career

Jerry Reinsdorf has tried his hand at many things; however, he is most famous for owning the NBA's Chicago Bulls and MLB's Chicago White Sox. Naturally, most of Jerry Reinsdorf's net worth of $1.7 billion is derived from his ownership.

Nonetheless, before the businessman achieved massive success, he had a slew of other jobs, all of which will be explored in this segment to see how he benefited from them.

Worked As A Lawyer and Founded Balcor

After graduating with a law degree from Northwestern University, Jerry worked for Bill Veeck, the previous owner of the White Sox, in his tax delinquency case. Later he went into private practice, but since he was not content with just being a lawyer, Jerry specialized in real estate.

In 1973, the Brooklyn native founded Balcor, a commercial real estate company, which raised $650 million. These funds were invested in buildings that were under construction. After a decade, he sold the company to Shearson Lehman Brothers for a whopping $102 million in 1982. Nonetheless, he continued to serve as the company's president for several years after that.

Clearly, Jerry Reinsdorf's early years were fruitful, and he must have accumulated a sizable wealth due to his endeavors.

After running a succesful company for more than a decade, the businessman had amassed sufficient fortune to acquire the Chicago White Sox of Major League Baseball. And that is precisely what he did in 1981 when he paid $19 million for the sports franchise.

Over the years, the Chicago White Sox has made notable progress and, as of 2021, is worth $1.685 billion. Thus, Reinsdorf's wealth must have improved by a considerable sum since he first purchased the sports team. 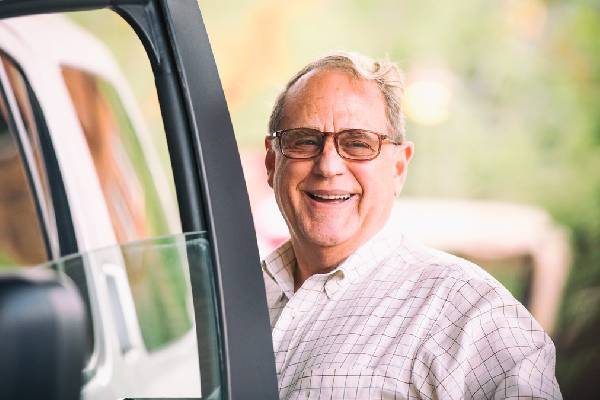 Jerry Reinsdorf's net worth of $1.7 billion originates from his ownership of two of the most sought after sports teams, Chicago Bulls and Chicago White Sox. Image Source: Flickr.

Furthermore, in 1985, he bought the Chicago Bulls for $16 million and, within a few years, developed the franchise into a profitable business. The Bulls has won six NBA championships to date and is currently valued at $3.3 billion.

Over the years, Jerry Reinsdorf has also been active in affairs related to baseball. At present, the businessman serves as a member of the board of MLB Enterprises as well as MLB Advanced Media. Additionally, in 2013, Reinsdorf co-founded Global Security and Innovative Strategies along with Noah Kroloff, Mark Sullivan, Dennis Burke, David Aguilar, and John Kaites.

So, it's safe to assume that Jerry Reinsdorf's $1.7 billion net worth includes the earnings he makes from the deals and sponsorships he's been able to secure for his teams. His billion-dollar fortune has also helped Jerry become one of the richest people to own an MLB team.

Has A Philanthropic Nature

Although Jerry Reinsdorf has been involved in improving standardized test scores in Chicago Public Schools, he is mainly known for his charitable work with the Chicago Bulls and White Sox.

Similarly, the team has also donated to non-profit organizations like the Prostate Cancer Foundation, the University of Chicago Crime Lab, and the National Baseball Hall of Fame and Museum.

It is evident that Reinsdorf is a strong-headed businessman and a caring individual who wishes to give back to those who are comparatively less fortunate. So, we hope that he will continue his charity efforts in the future and that his legacy will go on for many years.

It is no secret that Jerry Reinsdorf married philanthropist and jewelry creator Martyl Reinsdorf, aka Martyl Rifkin, in 1956. The pair met at George Washington University while Reinsdorf's now-deceased wife was majoring in Japanese and Chinese History.

Jerry Reinsdorf's wife, Martyl too, was also a philanthropist, and together they generously supported many charities around the globe, including countries like Chicago, Phoenix, and Israel. The pair must have bonded over their philanthropic nature.

The married couple lived happily until Jerry's spouse passed away in 2021 at 85, following a long illness, and was surrounded by their children at their home in Paradise Valley, Ariz.

However, his wife's death was not the businessman's first heartbreak. In 2014, Jerry Reinsdorf's son David Reinsdorf, the former senior vice president of asset management for Michigan Avenue Real Estate Group, passed away at 51. The cause of his death was understandably not revealed to the public. It must have been traumatic to lose a kid who was at the height of his success.

Even though the rest of Jerry Reinsdorf's children prefer to stay out of the spotlight, his son Michael Reinsdorf made headlines on September 13, 2010, when he was named President and Chief Operating Officer of the Chicago Bulls. Clearly, Michael is following in his father's footsteps and is finding success in his career. 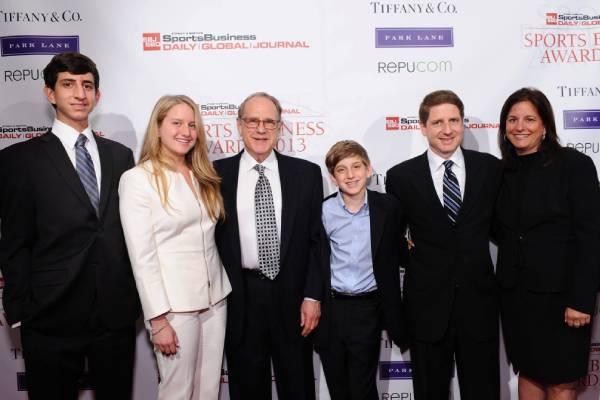 As for Reinsdorf's daughter, Susan, and son, Jonathan, both of them are very private about their lives. It is unclear if they are also involved in the family business.

Nonetheless, we hope that all of Reinsdorf's children will engage in his business and make their father proud at some point.