Martyl Rifkin Reinsdorf, a jewelry designer, philanthropist, was the wife of Jerry Reinsdorf, chairman of the Chicago Bulls and Chicago White Sox. Being the spouse of a famous businessman, Martyl was also a well-known personality.

Furthermore, Martyl had touched the hearts of many people through her philanthropic works. Although sadly, the talented designer left the world at the age of 85, people will remember her for her unique personality and outstanding arts.

Hence, let us get to know everything we can about Martyl Rifkin Reinsdorf.

The multi-talented Martyl was born on March 4, 1936, in Denver, Colorado to Milton Rifkin and Vivette Ravel Rifkin. Martyl Rifkin Reinsdorf's father was a plastics manufacturer, whereas her mother was founder and president of Educational Tape Recording for the Blind. In addition, both of her parents have already passed away.

Moreover, Martyl has two sisters, Dovie Horvitz and Jill Grundland, and a brother, Jeremy Rifkin. Since her sisters have always preferred living a low-key life, there is not much information about their whereabouts. However, Martyl Rifkin Reinsdorf's brother is a famous author and well-known public figure.

After Jerry Reinsdorf's wife and her family moved to Chicago in 1944, she studied at Sutherland Elementary School and Morgan Park High School. Then, after completing high school, Martyl went to George Washington University, where she studied Japanese and Chinese history. 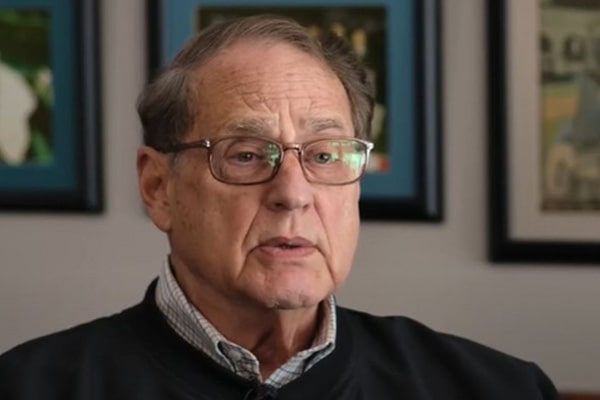 Furthermore, Reinsdorf must have had a good source of income as she had done lots of philanthropic works throughout her life. Additionally, children used to call her "Grandma Martyl" as she had created and distributed over one million coloring books, markers, crayons, and toys to hospitals, shelters, and orphanages.

Income As A Designer

Moreover, Reinsdorf seemed to have had generated a good amount from designing. However, Martyl had also worked for the Defense Department when she used to live at the Pentagon. Additionally, after she moved to Chicago with her husband, the fantastic designer worked for the Department of Agriculture.

Although Martyl Rifkin Reinsdorf's net worth must have had less than her husband's, there is no doubt that she was financially independent. Similarly, looking at her charitable works, one can see that Martyl must have had a significant sum of money.

Furthermore, Martyl had supported many charities in Chicago, Phoenix, Israel, and across the world. As a result, she received the 2004 Clarence Troyer Volunteer of the Year Award and was recognized in 2011 by American Friends of Hebrew University with the Torch of Learning Award.

Many knew Martyl Rifkin through her husband, Jerry Reinsdorf, whom she got married to in 1956. She met the love of her life at George Washington University. The couple had a blissful marriage until Martyl left the world due to a prolonged illness in 2021 at Paradise Valley, Arizona, where she lived with her husband. Jerry must feel very lonely without his wife. Nonetheless, she must have been a very supportive wife.

Moreover, the lovely pair had done many charities all around the world together. Although Martyl is not here, she will be mentioned every time Jerry's name is taken. Now, Martyl Rifkin Reinsdorf's husband lives in a large home fronting a golf course in Highland Park, IL.

Was A Loving Mother

Along with being a loving wife, Martyl Rifkin was a great mother to her four children, Susan Reinsdorf, David Reinsdorf, Michael Reinsdorf, and Jonathan Reinsdorf.

Talking about her daughter, Susan has lived a very private life and is rarely seen in the limelight. However, two of Martyl Rifkin Reinsdorf's sons, Michael and Jonathan, are very famous and successful, just like their dad. Born in 1968, Michael is the second child of Martyl and Jerry and followed in his father's footsteps.

Furthermore, Michael is also working as an NBA Governor and is also on the NBA Planning Committee. In addition, Talking about Michael's love life, he has already found his true love, Nancy Reinsdorf, with whom he has welcomed three kids: two sons and a daughter.

On the other hand, Jonathan has been working as the CEO of FroogalPay since 2012. Unlike his elder brother Michael, Jonathan chose a career very different from his father. Besides, Jonathan, the youngest son of Martyl and Jerry Reinsdorf, is happily married to Holly Herckis Reinsdorf​​.

Even though the death of Martyl must have been a very tragic moment for her kids, it was not the first tragic loss in the family. Unfortunately, Martyl and Jerry's oldest son, David, who used to work as senior vice president of asset management for Michigan Avenue Real Estate Group, had passed away in 2014. He was just fifty-one years old at that time.

Furthermore, Martyl was also very close with all of her grandchildren. In addition, she was loved by many children from hospitals, orphanages, and shelters. She used to provide care packages and toys, coloring books, crayons, and markers.

Even though Martyl has left the world, the children will never forget her as Grandma Martyl. Her family and close ones will remember Martyl for her kind heart and incredible artistic works. In addition, we hope that Martyl's family continues her notable philanthropic works and legacy in the coming days.