Bob Castellini is the CEO and owner of Cincinnati Reds and he has been a lifelong fan of the MLB team. Photo Source: Bob's LinkedIn.

All over the world, there are many people who are big fans of baseball. Moreover, baseball is one of the USA's most-watched sports, and almost everyone has their own favorite baseball team that they dedicate their whole lives supporting. As baseball has such a huge fanbase, they hold a considerable amount of money in the market. Merch, baseball stadiums, and even baseball teams can make tons of money due to the enormous consumer base.

As a result, many entrepreneurs and business people are very dedicated to selling some baseball-related products to earn a lot of capital. Well, some of those businessmen luck out and can own the whole team for themselves. One of such people is Bob Castellini. Mr. Castellini is the proud owner of the baseball team Cincinnati Reds.

So, why don't we learn more about the CEO of Cincinnati Reds, Bob Castellini?

Native To Cincinnati And The Journey To Owning The Team

Robert H. Castellini was born in Cincinnati, Ohio, on the 23rd of September, 1941. He was born to the second-generation owners of the Castellini Company. The businessman grew up in Cincinnati alongside his three siblings Joseph J. Castellini, Claire Thornton Wilger, and Lucia Castellini.

As the eldest son, Robert knew he'd have to take over the family business someday. So, to learn how to run the company better and ensure success, Bob Castellini got a degree in Economics in 1963 from Georgetown University. Moreover, the businessman earned an MBA in 1967 from Wharton School.

The entrepreneur worked hard in the company to make it better than ever before. First, he served as the executive vice president from 1967 to 1970 after he graduated from Wharton. Then, from 1970 to 1992, Bob Castellini worked as the president of the Castellini Company. He then became the chairman of the Castellini Group of Companies in 1992 and has remained in the position ever since. 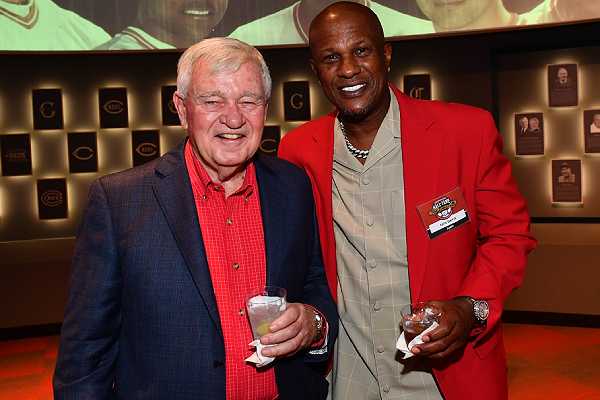 Bob Castellini is said to have been a baseball fan since he was a young man. Moreover, he used to be a big fan of the Cincinnati Reds. So, when the chance to purchase the failing MLB team presented itself in 2005, Bob jumped on it and has not looked back since. The purchase of the club was completed on the 16th of January, 2006, and then the businessman took on the role of the CEO.

Before being involved with the Cincinnati Reds, Bob worked with other baseball teams, like being a partner with the Texas Rangers, an investor in the St. Louis Cardinals, and partner with the Baltimore Orioles for short periods. The current CEO and chairman of the Orioles is John P. Angelos.

In addition to him having his own MLB team and a family business, Bob Castellini has served as a board member on many firms. For example, he was on the board of directors of PNC Bank, Comair Airlines, and United States Playing Card Company.

Moreover, he was on the board of trustees of Denison University, Babson College, Tri Health, Inc., Good Samaritan Hospital, the Cincinnati Art Museum, and the National Underground Railroad Freedom Center. The businessman has also served as the chairman of the Board of the Cincinnati Zoo and as the president of the Queen City Club.

Bob Castellini Net Worth And Earnings

According to Celebrity Net Worth, Bob Castellini's net worth is estimated to be a jaw-dropping $400 million. Due to his fortune being so huge, the CEO of the Cincinnati Reds has been named on the list of the top 20 richest MLB team CEOs. Not just the MLB team, but his family company too has made a massive contribution to the CEO's fortune.

The businessman bought the Cincinnati Reds in 2006 from its previous owner Carl Lindner in a $270 million deal. The team had been losing a lot prior to the purchase. Bob Castellini worked hard to change up the team and get better coaches and players. In less than two decades, he was able to turn the team into a multi-billion dollar worth team. As of 2020, the team is worth a whopping $1.08 billion.

Here is a video of Bob Castellini speaking about his team.

As a life-long fan of the Cincinnati Reds, Bob certainly wishes the team to become more significant than it is today. But, due to Bob's hard work, the team has been improving tremendously and reaching newer heights. If this upward streak continues, the MLB team is sure to gain more capital and, in return, increase Bob Castellini's net worth.

Bob Castellini took over his family's fresh produce company as the third-generation owner. The company, Castellini Company, flourished under Robert's care. The firm was one of the first fresh produce suppliers in the USA when it was established in 1896 by Bob Castellini's grandfather, Joseph John Castellini.

Today, Castellini Company has become one of the biggest fresh produce distributors in the entirety of the USA. They sell organic products, perishable products and offer services like food processing, leasing, transportation logistics, and public warehousing. All in all, it is a massive company that Bob has led since 1992.

In 2016, Bob Castellini appointed Brian Kocher as the new CEO and the President of the Castellini Company. The firm is sure to grow much more under the new leadership.

Happily Married And Has A Huge Family

As one of the wealthiest CEOs of baseball teams, Robert has his own fan following, and they are very interested to know more about his personal life. Bob Castellini has been happily married for many decades. He has three children with his wife, Susie Castellini; Robert S. Castellini, Phil Castellini, and Patricia Castellini, aka Patricia Headley.

Furthermore, in addition to being proud parents, the businessman and his wife are loving grandparents of twelve grandchildren. 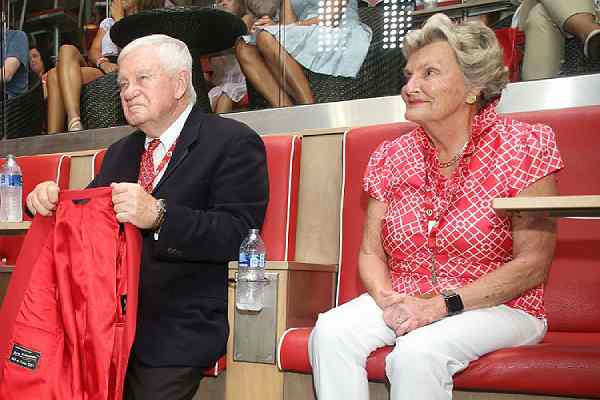 Bob Castellini's wife, Susie, is oftentimes referred to as Susan Castellini. The loving couple is very charitable in nature and has donated a good amount of money to hospitals, schools, and youth to encourage them to play baseball. It is good to know that the Castellini family is making the world a bit better.

As Bob Castellini is already past his prime, there have been some concerns regarding who will take over his position as the chairman of the Castellini company and the CEO of the Cincinnati Reds.

While Bob has already handed over the family company to his son Robert, the future CEO of the Cincinnati Reds is undetermined. Some speculate that one of the children of the businessman will take over, while others think that they may appoint other people into the positions.

We hope that whoever the new person may be, they can carry on the legacy left behind by the mastermind himself.