7 Richest MLB Owners Alongside Their Net Worth

Home Featured Articles 7 Richest MLB Owners Alongside Their Net Worth.

Each baseball fan is well aware of the players, teams, and coaches. But only a few are familiar with the individuals owning the entire franchise. Moreover, these people are responsible for any new decision taken by that particular baseball club.

Some baseball owners are baseball fans and buy the group. On the contrary, some purchase to gain profit and increase their fortune. Nonetheless, both parties undoubtedly benefit from their acquirement.

Here, we will go through the seven wealthiest MLB owners who currently own some of the largest MLB teams.

John W. Henry is a well-renowned businessman who is the principal owner of the Boston Red Sox. The team has won nine world series championships as of 2021.

The baseball owner was passionate about baseball from a young age. So, after acquiring fortune from his private firm, he began buying shares of baseball teams. Moreover, his first purchase was the minor league baseball team, Tucson Toros.

Eventually, the businessman purchased the Boston Red Sox for $380 million in 2002. Under his leadership, the club won three world series titles. Likewise, the team's value has also risen to $3.465 billion. 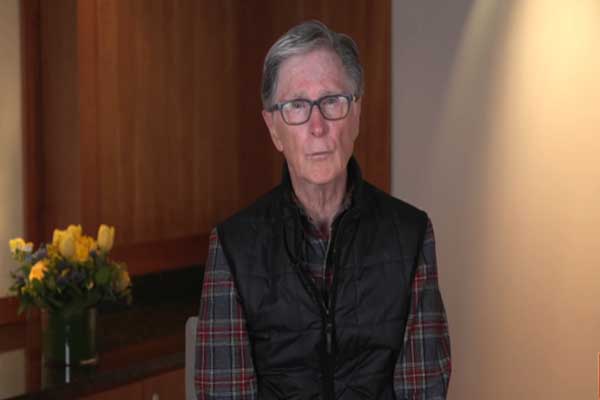 William DeWitt Jr. is a self-made billionaire with a sharp eye for excellent investments. He began his journey by founding Reynolds, DeWitt & Co. in 1979. Furthermore, he has since invested in Arby's franchises, U.S. Playing Card Company, and Spectrum 7.

The business mogul turned his attention to baseball in the early 1990s. First, he purchased the St. Louis Cardinals for $150M in 1995. Moreover, since DeWitt's purchase, the team has won eleven division titles, two world series, and four national league pennants. 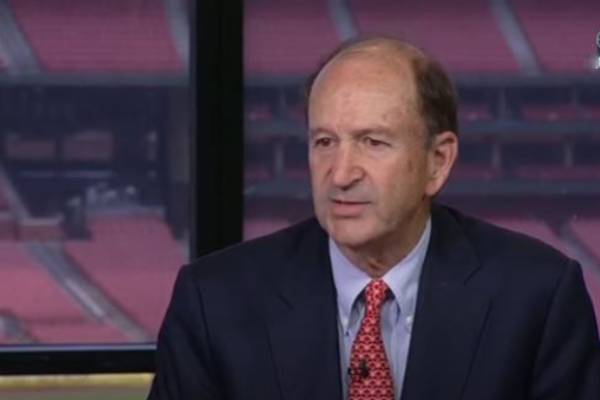 The straight victories have led the Cardinals' value to rise to $2.245 billion as of 2021. Aside from that, William is a part-owner of Baltimore Orioles, Cincinnati Reds, and the Texas Rangers. He has also invested in the major league hockey team Cincinnati Stingers.

The Los Angeles Times has listed William DeWitt Jr.'s net worth to be $4 billion. His son, Bill DeWitt III, is currently working as the President of St. Louis Cardinals.

Another individual who has inherited the baseball team from their family is Paul Dolan. He is currently the CEO of the Cleveland Indians. Moreover, he is also part-owner and chairman of the baseball club.

Dolan's family got involved in the business after his uncle, Charles Dolan, founded Sterling Manhattan Cable in 1961. His father, Larry Dolan, later purchased the Cleveland Indians for $323 million in 2000. Furthermore, the latter is currently a principal owner of the team.

Paul serves as the controlling owner of the Indians. He is responsible for day-to-day affairs and any significant decisions. 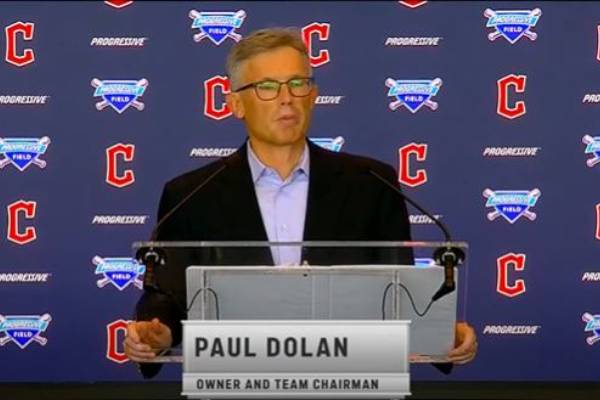 Paul Dolan is the part-owner, CEO, and chairman of the Cleveland Indians. Photo Source: Social Media.

However, the businessperson's plans haven't always received positive remarks from the public. For example, his recent declaration of changing the baseball team's name has gained chiefly negative responses.

Nonetheless, it hasn't affected the CEO's earnings. According to LA Times, Paul Dolan's net worth amounts to $4.6 billion. Likewise, his family has a fortune worth $5.5 billion as per Forbes data in 2015.

Many people might not be familiar with Charles B. Johnson due to his fewer media presence. However, he is currently the principal owner of San Francisco Giants.

The team has scored the most amount of wins in the history of MLB. For instance, it has participated in World Series twenty times and won eight championship titles.

The businessman purchased the Giants for $100 million in 1993. The franchise's current value calculated by Forbes is $3.175 billion. Hence, Charles is undoubtedly benefitting from his investment.

Aside from Giants, Johnson is the second-largest shareholder of a global investment management firm, Franklin Resources. Under his leadership, the company's assets increased from $2.5 million to $800 billion. 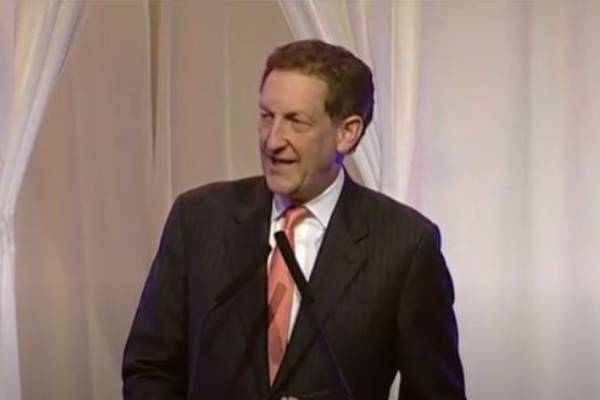 Forbes has listed the owner's fortune to be $5.9 billion. Likewise, according to Bloomberg, Charles Johnson's net worth amounts to $6.28 billion.

John Malone is the owner of the MLB team, the Atlanta Braves. The latter competes as a member of the National League East Division. Moreover, the business tycoon has been involved and invested in many sources. As such, many might not have heard about his ownership in baseball.

Malone is the chairman of the mass media company Liberty Media. It has ownership in Formula One, Sirius XM, and Atlanta Braves. Furthermore, the firm paid $4.4 billion to purchase F1. 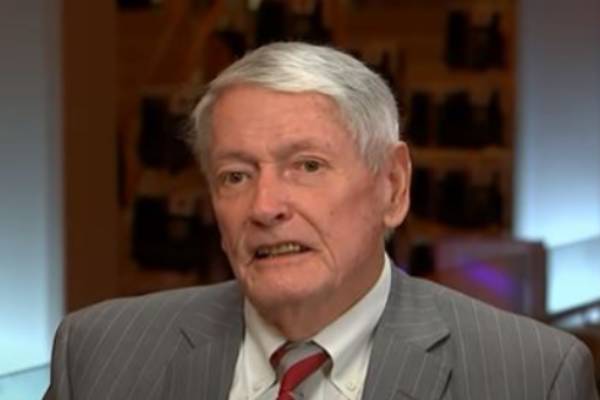 Likewise, John's company bought the Braves for $400 million in 2007. It has now grown to own the most prominent radio affiliate network in MLB. In addition, the club holds the exclusive operating rights of Sarasota County.

With the addition of new developments, Atlanta Braves' value has grown to be $1.875 billion. As a significant shareholder, John's income must be enormous from the team. Aside from that, he also earns millions of dollars from his chairman position at Liberty Global and Qurate Retail Group.

Edward S. Rogers III is another owner on our list to have inherited a baseball team. He is the chairman of the Canadian baseball team Toronto Blue Jays. Furthermore, the latter competes as a member of the American League East Divison.

Edward's late father, Edward S. Rogers Jr., founded Rogers Communication Inc. in 1967. He later expanded the firm to be one of Canada's largest media conglomerates. Moreover, the businessman bought the Jays for $137 million in 2000. He initially owned 80% of the shares but later acquired the remaining 20% before his death.

After his dad's demise, Rogers III inherited the media company. He also became the principal owner of Toronto Blue Jays and Rogers Bank. 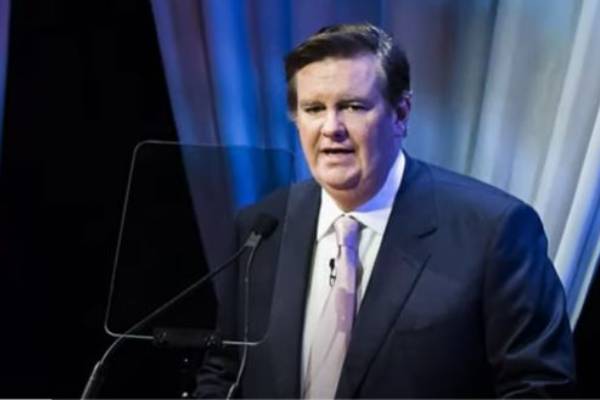 Under the industrialist's leadership, the baseball team's value has risen to be $1.675 billion. His salary must have also increased alongside the club's process.

According to Canadian Business, the Roger family's worth amounts to $11.57 billion. Hence, Edward S. Rogers III's net worth must also be enormous from his family fortune.

Ranking at number one in our list is none other than Steve Cohen. He is the owner of the New York Mets. Moreover, it is one of the two National League East Divison teams alongside the Braves.

The business magnate is a new member among the baseball owners. He initially became the minority owner of the Mets in 2012. Eventually, he purchased the club for $2.4 billion on September 14, 2020. Its current value is estimated to be $2.45 billion.

Before being part of the baseball franchise, Cohen founded the American hedge company, Point72 Asset Management. The latter is a $16 billion worth hedge fund that began accepting outside capital in 2018.

The investor also initially ran another hedge fund firm named S.A.C. Capital Advisors. But he had to shut it down after pleading guilty to insider trading. In addition, the owner paid $1.8 billion in penalties. 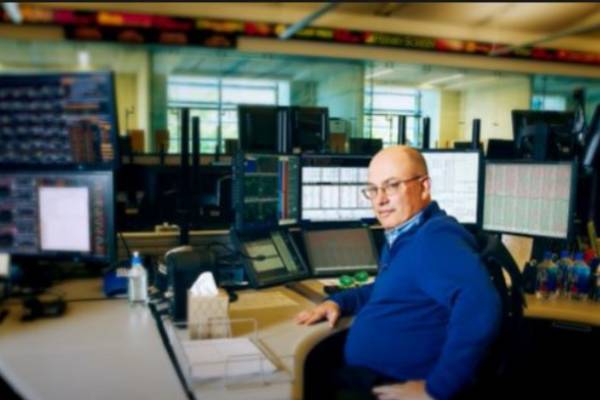 Alongside making a fortune from his business investments, Steve is a philanthropist. He has donated $715 million for various causes over the years. Moreover, the businessman has provided fundings for research centers, foundations, etc.

Thus, Steve Cohen's net worth stands at a gigantic $15.9 billion. He is placed under Forbes 400 and Billionaires list of Forbes 2021.

Aside from the owners mentioned above, Peter G. Angelos, Richard L. Monfort, Jerry Reinsdorf, and others are some of the wealthiest baseball team owners.

Lacrosse is a well-renowned team sport. Its reach & popularity are gradually expanding. ...