Home Featured Articles 7 Richest Lacrosse Players And Their Net Worth.

Lacrosse refers to a team sport that is played with a lacrosse stick and ball. Its origin dates back to the early seventeenth century. However, compared to other ball games, it's still a small part of the sports industry.

Lacrosse consists of four types: field lacrosse, box lacrosse, women's lacrosse, and intercrosse. It is one of the most-watched sports due to its competitive nature. Moreover, it had been added to Olympics for several years in a row.

The world of professional lacrosse is growing each day. Alongside its progress, the lacrosse players' earnings, salaries, and endorsement deals are also increasing. Furthermore, some athletes' income even surpasses million dollar figure.

So, here we will go through the seven wealthiest lacrosse players and their astounding net worth.

7 Richest MLB Owners Alongside Their Net Worth

If you are a lacrosse fan, then you have undoubtedly heard of Paul Rabil. He began his lacrosse career during his academic years. Afterward, he made his professional debut and played for many years.

The sportsperson first played for Boston Cannons in Major League Lacrosse. He became two-time MLL MVP and three-time MLL Offensive Player of the Year. In addition, his accomplishments include being Steinfeld Cup Champion twice and Steinfeld MVP once.

The lacrosse player founded Premier Lacrosse League as a direct competition to MLL. He also played for the league's first All-Star game. Eventually, he announced his retirement in September 2021. 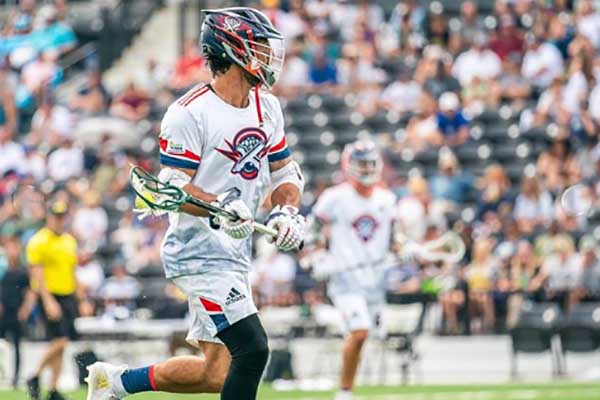 During his active playing years, Paul's earnings came from his contract and endorsement deals. He is the first professional lacrosse player whose income amounted to $1.5 million a year.

Thus, Celebrity Net Worth mentions Paul Rabil's net worth to be $300K. His fortune is bound to increase as the founder of the emerging Lacrosse League.

Many might be surprised to see Chris Hogan in the list of lacrosse players. He is mainly recognized for his football career in NFL. Moreover, the athlete played ten seasons as a professional before retiring.

The sportsman began his playing career at Ramapo High School. He participated in football and lacrosse in his school years. In addition, he was a first-team All-New Jersey performer in his junior and senior years in lacrosse.

The player continued his momentum at Pennsylvania State University. He joined the Nittany Lions Men's Lacrosse Program and played for all of his college years.

Hogan was named first-team All-ECAC and became captain of the lacrosse team in his senior season. After graduating, he focused on his football career and later joined the San Francisco 49ers. Furthermore, he played for Buffalo Bills, New England Patriots, New Orleans Saints, etc., before retiring on October 23, 2021. 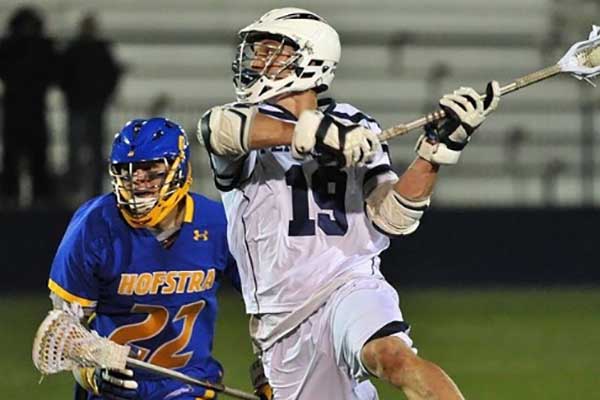 Chris made his return in lacrosse after Cannons Lacrosse Club drafted him in 2021. He is currently signed under Whipsnakes Lacrosse Club after being traded for Kevin Reisman.

With over a decade of sports experience, Chris Hogan's net worth stands at $6 million. His fortune is bound to rise alongside his budding lacrosse career.

Another well-known figure with a lacrosse background is Erika Nardini. However, only a few are aware of her playing days. Instead, most recognize her for being the CEO of Barstool Sports.

The businesswoman loved learning new sports during her teenage years. She learned about lacrosse in her sophomore year at Colby College. Nardini trained hard for four months to learn how to play lacrosse. She eventually played for collegiate championships as a goalie. 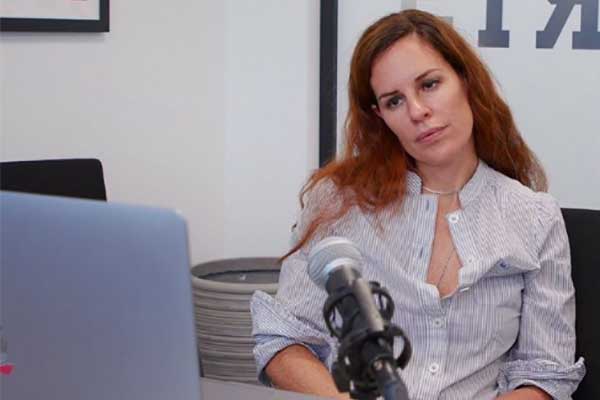 After getting her degree, the businessperson became the first CEO of Barstool Sports in 2016. She expanded the company to be a national multimedia conglomerate. Furthermore, the company has a broader reach than the significant publications, The New York Times, ESPN Digital, Turner, and the Washington Post.

Hence, Erika Nardini's net worth amounts to $10 million. Although she has quit playing lacrosse, she is still supporting the sport.

Jim Brown is named one of the greatest NFL players of all time. He played for the Cleveland Browns from 1957 to 1965.

The former footballer's NFL career is full of incredible accomplishments. He was named NFL Most Valuable Player thrice and invited to Pro Bowl nine times.

Let's watch a short of Jim Brown talking about lacrosse.

The young player's dominance in the field led to the change in lacrosse rules. As a result, he is honored by being included in the Lacrosse Hall of Fame.

The sportsman also acted in numerous movies before his retirement. Hence, Jim Brown's net worth amounts to a whopping $30 million.

Bill Belichick isn't a new name in the NFL world. He is currently the head coach of the New England Patriots. Moreover, the mentor also serves as the team's general manager.

As a coach, Bill has led the Patriots to win six Super Bowls over the years. He also assisted the New York Giants in capturing two Super Bowl trophies as a defensive coordinator.

Although the coach is currently involved in football, he previously excelled at lacrosse. He initially played as a lacrosse player at Annapolis High School. 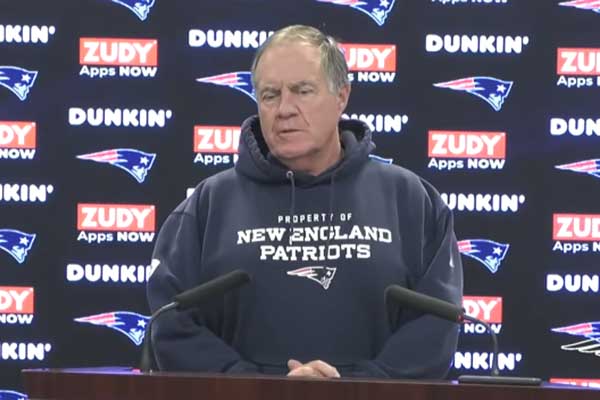 After graduating, the athlete also briefly became a volunteer lacrosse coach at his former school. He later became a captain of the lacrosse team at Wesleyan University.

Bill cut his lacrosse-playing journey short after getting his degree. He then began coaching football teams and hasn't looked back since. Nonetheless, his legacy is still remembered to this day.

From his coaching profession, Bill Belichick's net worth amounts to $60 million. In addition, he receives a $12 million salary annually.

Another former lacrosse player who has earned a fortune in the business world is Meg Whitman. She is the former CEO of eBay, Hewlett-Packard, Quibi, etc.

The businesswoman was passionate about sports from a young age. She played basketball, lacrosse, and tennis in her academic year. Moreover, she also captained the swimming team of her high school.

Meg continued playing lacrosse and squash teams at Princeton University. She also competed in NCAA during her college years. Furthermore, the sports experience and teamwork helped her in her business career. 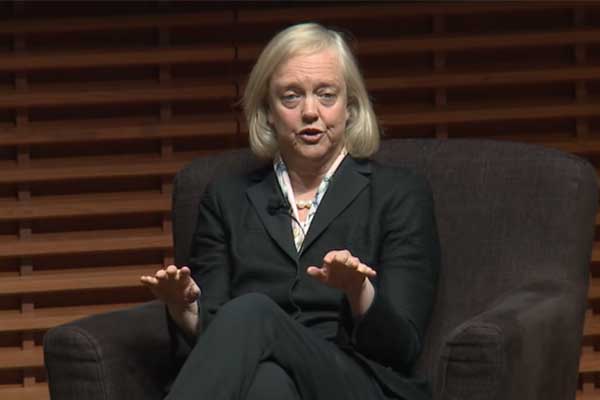 Meg Whitman was a sports enthusiast and played lacrosse, squash, and other games in her earlier years. Photo Source: Social Media.

The business magnate quit playing lacrosse after graduating from university. She might have become a successful lacrosse player had she continued. Nonetheless, she has enjoyed a prosperous business career.

Hence, Meg Whitman's net worth is estimated to be $5 billion.

Also Read: 7 Richest Golfers Of All Time - See Their Career Earnings As Well

Ranking at the number 1 of our list of the richest lacrosse players is Canadian business mogul Joseph Tsai. He is currently executive vice-chairman of the Chinese multinational technology firm, Alibaba Group.

The former lacrosse athlete started playing lacrosse at the Lawrenceville School. He also played as an inside linebacker in the football team of the school.

After graduating, Tsai enrolled at Yale University to continue his studies. He also joined the Yale varsity lacrosse team and continued playing for all of his college years. After getting his degree, the player embarked on his business career. 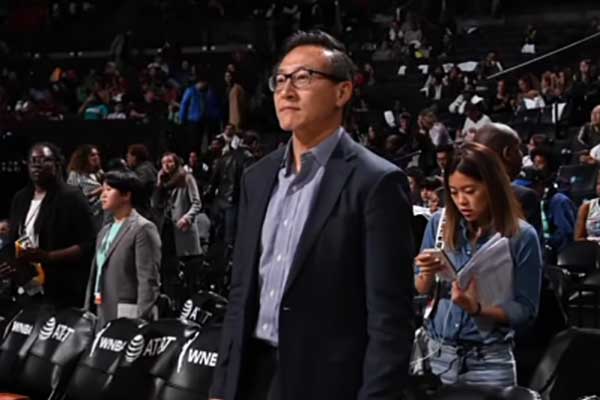 Although Joseph has quit playing, he is still supporting the lacrosse team. His company, J Tsai Sports, has invested in upstart field lacrosse league, Premier Lacrosse League, and others. Moreover, the businessman has also invested in Los Angeles FC and owns the NBA team, Brooklyn Nets.

Hence, Joseph Tsai's net worth stands at a gigantic $9.8 billion as of 2021. He also ranks at the Billionaires and Hongkong's 50 Richest lists of 2021.

Aside from the lacrosse players mentioned above, Chase Coleman III, Alex Hewit, Gary Gait, and others have become financially successful. Another well-renowned league, National Hockey League, has also helped produce some of the wealthiest players in the world.

Elon Musk is one of the most influential people in the current tech and business world. ...