The National Hockey League has been around for ages and throughout its course has produced some of the greatest wealthiest athletes in sports history. Image Source: Wikimedia Commons.

The National Hockey League, simply NHL, was established in 1917 and is widely considered the best professional ice hockey league worldwide. It is also one of the most loved sports ever created and has garnered millions of admirers from all around the globe. Over its course, hockey has given us some of the best and wealthiest players of all time.

Like any other professional sports league in the United States, the National Hockey League is noted for its massive salaries. It is, nevertheless, one of the most dangerous sports, with a high chance of significant injury that might end someone's career.

Because of this, most athletes are well compensated for their contributions to the game, resulting in some of the wealthiest athletes in the world. Other sports leagues such as National Basketball Association (NBA) and MLB (Major League Baseball) also generate players who are multimillionaires.

Today, let us look at the top 5 richest hockey players who made their fortune playing in the NHL.

Christopher Robert Pronger, popularly known as Chris Pronger, is a former professional ice hockey defenceman from Canada who served as the senior adviser for the Florida Panthers of the National Hockey League. The sportsman began his profession at a young age and is now widely regarded as one of the greatest and richest hockey players in history.

The athlete has won gold medals at many international championships, including the World Junior Championship and the Olympics. Similarly, Chris has led multiple teams to success over his career and has amassed a net worth of $65 million, making him one of the wealthiest players in the game.

In addition, the player signed multi-million dollar contracts with several elite teams and clubs. For example, Pronger was traded to the Edmonton Oilers in 2004 for defencemen Eric Brewer, Jeff Woywitka, and Doug Lynch, and he signed a $31.25 million contract with the team. 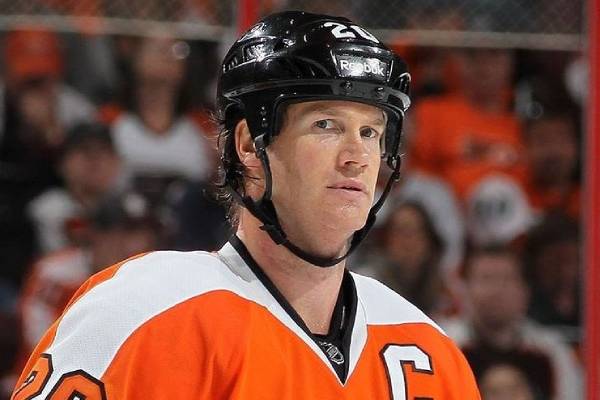 Chris Pronger, a former NHL player, is one of the richest hockey players thanks to his lengthy and successful hockey career. Image Source: Chris Pronger Instagram.

Similarly, the sportsman secured a seven-year contract with the Philadelphia Flyers, guaranteeing a $525,000 annual salary. Furthermore, the athlete has also won numerous awards throughout his career. As a result, Chris Ponger's net worth must have shot up rapidly during his time as a professional player.

Following his retirement, Pronger accepted a position as a senior advisor with the Florida Panthers. Because of his popularity and status, the sportsman must have demanded a reasonable salary for his work.

Furthermore, the athlete has not limited himself to just sports and is trying his hand in business. So, Chris Ponger's net worth also includes his income from his luxury travel company, Well Inspired Travels, which he owns with his wife, Lauren Pronger.

With all of his accomplishments, Chris Ponger has become one of the wealthiest hockey players in the world and is ranked fifth on our list.

Pavel Bure, sometimes known as "The Russian Rocket" because of his lightning speed, is a former professional hockey player from Russia who spent most of his career playing in elite NHL teams such as the New York Rangers, Vancouver Canucks, and Florida Panthers. 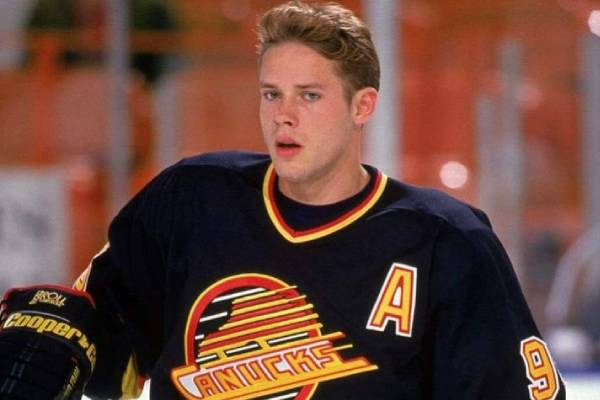 Pavel Bure secured multi-million dollar contracts throughout his career which must have boosted his net worth tremendously. Image Source: Pavel Bure Instagram.

Despite a shaky start in the sport, the athlete gradually rose to the top and has since signed contracts worth millions. Bure, in fact, negotiated a $2.7 million agreement with the Canucks in 1991, including $800,000 in signing incentives. This deal alone made Pavel the Canucks' second-highest-paid player behind Trevor Linden.

The athlete also owns his own clothing store where he sells a line of men, women, and kids merchandise. The items in his shop range from around $19 to $29. With millions of hockey fans all around the globe, Pavel Bure's net worth must have been significantly boosted by the sales of his merchandise.

At present, Pavel Bure has retired from hockey, but he was a fantastic player during his time on the ice, which explains why his net worth is so enormous. And with such massive fortune, it is no surprise that he occupies the fourth position on our list of the top 5 wealthiest NHL players.

Nine-time Maurice Richard Trophy winner Alexander Mikhailovich Ovechkin is a Russian professional ice hockey player and the captain of the National Hockey League's Washington Capitals. Alexander Ovechkin, often known as "Ovi," is widely regarded as one of the greatest ice hockey players in history. And this is precisely why the athlete has a net worth of $80 million.

Ovechkin began his career playing for Dynamo Moscow in the Russian Superleague. After four successful seasons in Russia, he moved to the NHL, signing a three-year, entry-level contract with the Washington Capitals earning the rookie standard of $984,200 per season, with performance-based bonuses that could push his annual compensation as high as $3.9 million. 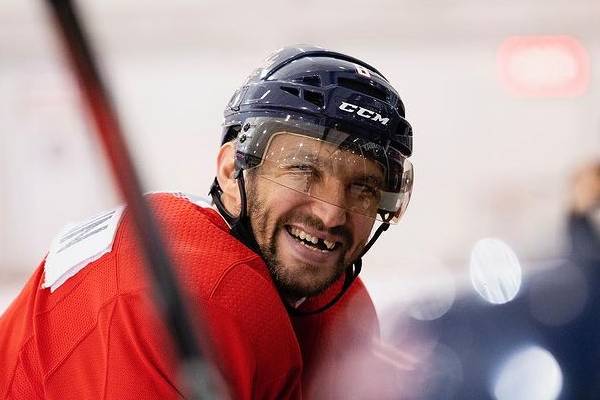 The athlete extended his deal during the 2007-2008 season and signed a $124 million, 13-year contract extension, averaging $9.5 million per year. He also signed a five-year, $47.5 million contract deal with the Capitals on July 27, 2021. Thus, Alexander Ovechkin's net worth mostly includes the multi-million dollar worth of deals he has secured with the NHL team.

Throughout Alexander's career, he has represented Russia in several International Championships. The following are some of his career highlights, as well as the position he held when he finished the tournaments:

At present, the player holds over a dozen medals in international tournaments. Moreover, Alexander Ovechkin's net worth must have climbed by millions due to all the prize money he has received, assessing the World Championships' magnitude.

Although the player has come a long way in his career, he is still finding new ways to better himself in the rink. With the start of the new season, it's safe to assume that the player will sign a slew of new massive contracts in the coming months and years. And while he is the 3rd richest NHL player now, Alexander's future earnings might help him clinch the top position on our list.

Mario Lemieux is a retired ice hockey player from Canada who spent 17 seasons in the National Hockey League (NHL). Mario is widely recognized as one of the best players of all time, earning the nickname "The Magnificent One" or "Super Mario" for his prowess on the ice. So, it's inevitable for such a magnificent athlete to have a net worth of $200 million.

Lemieux was one of the most outstanding players on the ice, and his abilities were not overlooked. The sportsman inked a two-year contract with the Pittsburgh Penguins worth $600,000, including a $150,000 signing bonus at a young age. The athlete went on to play and win numerous games for the team, which must have aided his yearly income tremendously.

Moreover, Mario's fortune also includes his deals and endorsement with luxury brands. In fact, in 2000, the player signed a $500,000 endorsement with Nike. Later he switched to CCM helmets and the price of products from his collaboration ranges from $11.99 to $224.99. The retired Canadian player must have made a great deal from all of his endorsements. 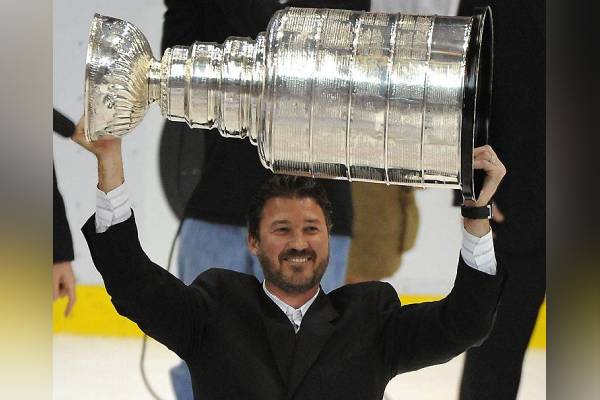 Mario Lemieux is the second richest NHL player in history, after Wayne Gretzky, thanks to his successful career and business ventures. Image Source: Flickr.

Furthermore, in 1999, the Penguins filed for bankruptcy while still owing Mario around $32.5 million. Mario had been a member of the team his entire life and, so to ensure that the club would not go down in ruins, he negotiated to become the team's owner rather than accepting the money he was owed.

In 2020, The Penguins had an estimated worth of $650 million. Depending on what percentage of the company Lemieux owns, his income might have increased by millions, if not billions, over time.

In addition, in 2018, the player put his Quebec property, or more precisely his mansion, up for sale for $22 million. Adding to his fortune, the former athlete might have sold the mansion by now, given that it has been on the market for more than two years. His assets are predicted to grow at a quick rate as he continues to manage new endorsing activities.

Wayne Gretzky, sometimes known as "The Great One," is a Canadian entrepreneur, retired professional hockey player, and NHL's MVP. Wayne is widely regarded as the greatest hockey player of all time, and when he retired he was the all-time leader in goals and assists in the NHL. This is precisely why Wayne Gretzky's net worth is estimated to be around $250 million.

The athlete was a member of the NHL for 20 seasons, earning a staggering $46 million in pay during that period. During his playing career, the sportsman also earned $50 million in endorsements alone and his total earnings were roughly $150 million. Clearly, Wayne Gretzky's net worth primarily consisted of the deals he signed with multiple teams during his career.

Moreover, during his professional hockey career, Gretzky received plenty of lucrative sponsorship deals. By 1995, the athlete was recognized as one of the highest-paid player endorsers in North America. His endorsement deals were with large worldwide brands such as Coca-Cola, Domino's Pizza, Upper Deck Company, and Sharp Corporation. 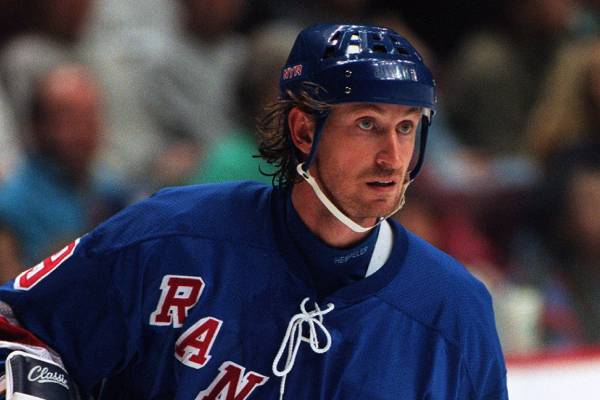 Following a triumphant career, Wayne Gretzky retired as the NHL's best player of all time and is now one of the league's wealthiest players. Image Source: Flickr.

Gretzky's legacy, on the other hand, lasted long after he retired. Wayne Gretzky Estates was establsihed by Gretzky in partnership with Andrew Peller in 2017. In addition, No. 99 Gretzky's Wine & Whisky and Studio 99 are among the athlete's restaurants. The hockey player must be making a fortune with all the profit from his business ventures.

Moreover, the hockey player was made the executive director of the Canadian National Men's Hockey Team and later became a part-owner of the NHL team, the Phoenix Coyotes, in partnership with majority owner Steve Ellman.

In 2016, he was named vice-chairman and partner of the Oilers Entertainment Group. In addition, the athlete is also a partner in First Team Sports and Worldwide Roller Hockey, Inc.

Wayne Gretzky's net worth is expected to rise rapidly as he invests in new businesses and establishes new collaborations with well-known brands. And who knows, he might continue to earn the title of richest NHL player for many more years.

Aside from these NHL legends, several well-known hockey players, like Joe Sakic, Joe Thornton, Marián Gáborík, and Paul Kariya, have made millions of dollars throughout their careers and are some of the wealthiest athletes.