Video Games are one of the most pleasurable forms of media ever made. Be it casual playing to pass the time or for live streams, video games are the answer. Moreover, since its launch in the early 1950s, the game has developed into an advanced system. There are different prototypes, genres, characters, quests, etc., on a single model.

Many people are hooked on video games and spend hours playing on their electronic devices. It has also created a misconception about the products among parents. However, the electronic game isn't only about having fun; it has many merits as well. Many people are earning money by playing video games.

Fortnite, Minecraft, League Of Legends, Call Of Duty, Grand Theft Auto V, Tetris, etc., are popular video games. Millions of people play them every single hour. Furthermore, many players live-stream themselves playing on Twitch, YouTube, and many other platforms. Therefore, the number of viewers and the channel's popularity determine their earnings.

So, here we are going to know about the top 5 richest gamers in the world.

Preston Arsement is one of the most famous YouTubers and gamers. He is best known for his gaming channels TBNRfrags and PrestonPlayz. Moreover, the gamer is primarily active on YouTube and runs five YouTube channels. His content includes gaming, vlogs, review videos, prank videos, etc.

Preston Arsement's net worth amounts to a staggering $20 million thanks to his gaming career. He plays Fortnite, Call of Duty, and Minecraft on his channel. Additionally, Preston runs Minecraft servers and annually hosts its custom versions with in-game spending. Furthermore, the gamer was listed in Forbes' 30 Under 30 Games list in 2021. 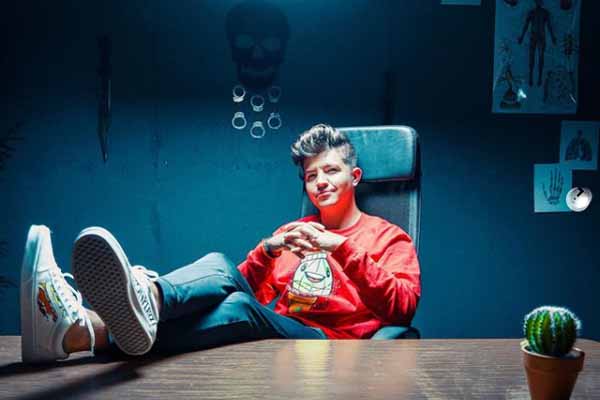 So, combining all the sources, Preston Arsement's net worth amounts to $20 million. Thus, he has established himself as a multi-millionaire and is on the 5th spot on our list of wealthiest video gamers.

Tyler "Ninja" Blevins is best known for his live streams of Fortnite. He is one of the most viewed streamers on both YouTube and Twitch. Moreover, Tyler has more than 16.9 million followers and 500 million views on Twitch alone. He earns between $500,000 to $1 million playing video games on the platform.

Blevins began his esports journey by playing Halo 3 in 2009. He then started playing H1Z1 and later switched to PUBG in 2017. Eventually, Ninja began streaming Fortnite's new release Fortnite Battle Royale in Twitch. From that point, his followers started to grow in large amounts. 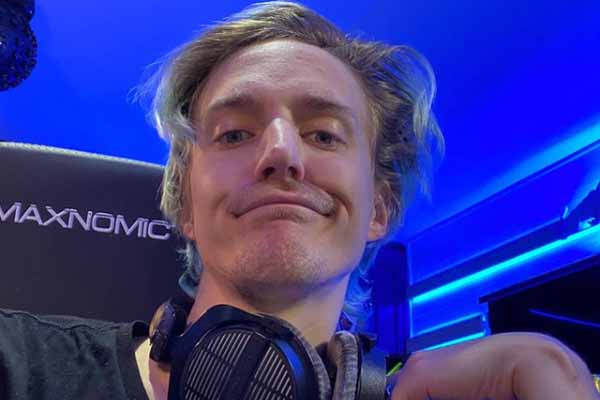 Tyler's career earnings reached $18 million in 2018. He left Twitch to join Microsoft's Mixer in 2019. However, after Microsoft shut down the platform, he returned to Twitch again in 2020. At that time, he was making $500,000 per month from his Fortnite streams.

Alongside earning millions, the video gamer is also passionate about doing charity. He raised more than $110,000 for the American Foundation For Suicide Prevention in 2018. Further, the social media personality donated $1 million to #Clips$Kids in the same year. He also provided $150,000 to Feeding America during the pandemic.

Hence, Tyler "Ninja" Blevins' net worth stands at $25 million. He was also ranked top in Forbe's Highest-Earning Video Gamers in 2020. And on our list of the richest gamers in the world, Ninja occupies the 4th stop.

English gamer Daniel Middleton, aka DanTDM, is the third richest video gamer on our list. He created a sensation with his Minecraft streaming on his Youtube channel in 2016. Moreover, the YouTube personality's content is targeted towards children. As such, he won Nickelodeon Kids' Choice Awards in 2015, 2016, and 2020. He has also set Guinness World Records from his channel's viewership and gaming.

Middleton has also created a best-selling graphic novel titled Trayaurus and the Enchanted Crystal. In addition, he went on a book tour in New York City, U.K., Australia, etc. Furthermore, the author also starred in web series called DanTDM Creates a Big Scene in 2017. He is currently part of his TV series DanTDM's Hardcore Let's Play. 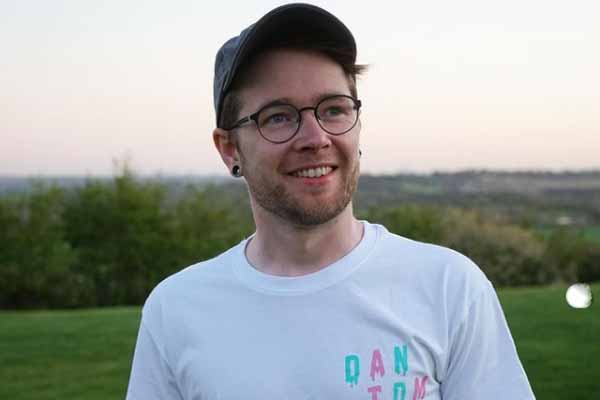 Daniel Middleton does live streams of many video games, with Minecraft being the main focus. Photo Source: Dantdm's Instagram.

Although Daniel has ventured on many endeavors, his primary source of income is from his YouTube channel and live streams. He earned $16.5 million from his channel in 2017. Moreover, in 2018, the amount increased to be $18.5 million. Now, with 25.4 million subscribers, Middleton's career earnings are bound to rise even more.

Alongside live streams, the Internet personality has created his own line of merchandise. It includes T-shirts, hoodies, hats, backpacks, posters, etc. Moreover, Daniel's merch is making great sales and his income from them amounted to $12 million in 2019.

Thus, Daniel Middleton's net worth amounts to $35 million. He was one of the highest-paid gamers and occupied sixth place in Forbes' Richest Gamers list. And now, he has climbed several steps and is now the 3rd wealthiest gamer in the world.

Mark Edward Fischbach, known as Markiplier, is not a new name in the gaming world. Over the years, he has created multiple YouTube channels and gained millions of subscribers. Moreover, the YouTuber is best known for his commentaries on survival, horror, and action video games. He mixes comedy while giving his feedback which makes his content more entertaining.

Markiplier's career earnings from his social media account amount between $10 to $20 million. He reportedly earned $12.5 million in 2017 and $17.5 million in 2018. Furthermore, the YouTuber obtained $13 million from his channel in 2019. Additionally, he became the third highest-paid YouTuber in 2020 with an income of $20 million.

Additionally, the creator has launched a line of clothing under his name. His merch features hoodies, joggers, caps, phone grips, etc. In addition, the products' price ranges from $12 to $55. They are mostly sold out right after their release. Further, Markiplier has collaborated with fellow YouTuber Jacksepticeye to launch another clothing company, Cloak. 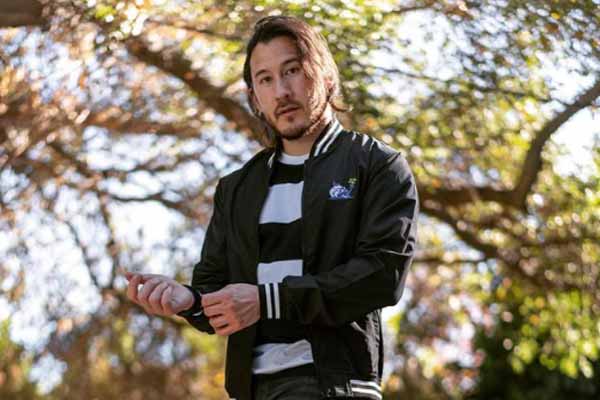 Mark has helped financially for many causes over the years. For example, he made a GoFundMe page and raised more than $79,000 to cover his niece's funeral cost. In addition, Fischbach has created several charity fundraisers and live streams, which raised $3 million. He also donated $500,000 to the Cancer Research Institute.

The video gamer has also shown interest in real estate investment. Mark bought a villa for $2.7 million in 2016. In addition, Fischbach purchased Donald Glover's Los Angeles home for $4 million in 2021. It has three bedrooms, a swimming pool, and a cabana.

Markiplier's net worth sums up to be $35 million making him the 2nd richest video gamer in the world. Also, he is only a few million away from our first position holder so, who knows he might even occupy the top position in the coming years.

Taking the top spot on our list is none other than PewDiePie, aka Felix Arvid Ulf Kjellberg. He is one of the most viewed and followed YouTubers. Moreover, the live streamer is also credited for making the first review videos. He has become the highest-paid YouTuber several times over the years.

PewDiePie initially began his YouTube channel by posting videos of him playing Call of Duty, Minecraft, and other horror/survival games. However, he gained more recognition after streaming the survival adventure game, Amnesia. Moreover, the live streams helped raise Felix's subscribers to a million within a short period. Since then, his channel has been named one of the most liked YouTube channels on the platform. 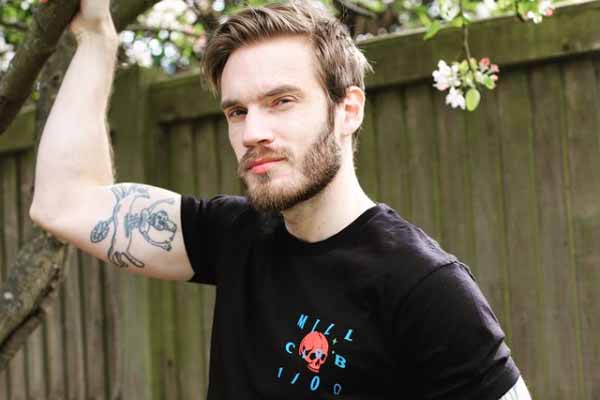 The YouTube star also makes a considerable sum from video sponsorships. He charges around $450K for a single sponsored video. In addition, the live streamer has his own line of merchandise. He and his wife Marzia Bisognin have founded Tsuki, a Japanese art-inspired brand. Its most expensive clothing item cost more than $100.

Furthermore, Felix announced that he pledged $50K to Anti-Defamation League in 2019. But, he later withdrew his donation from the non-profit organization.

Thus, combining all the sources, PewDiePie's net worth stands at a gigantic $40 million. He has indeed accomplished popularity and fortune from his career.

Apart from the video gamers mentioned above, other live streamers such as Shroud, Evan Fong, Sean McLoughlin, Timothy Betar, Nick Kolcheff, etc., have acquired millions from playing video games and sharing them with the world.

What business move did it take for the Arnault family to become the richest family on ...