While Formula 1 racing is often heard of and talked about, people do not usually pay much attention to other Formula racing series. In reality, the majority of individuals are unaware that series like F2 even exists. Consequently, rising to fame as a top-tier racer from participating in the F2 is extremely rare. Nonetheless, some young and brilliant racers have defied the stereotype that F2 is inferior to F1.

Arjun Maini is an emerging Indian racing driver best known for his performances with Trident Racing and Campos Racing in the FIA Formula 2 Championship. Currently, he is competing in the DTM. The athlete has caught the attention of many sports fans worldwide with his extraordinary athletic performance and swift pace on the racing track.

In little than a decade, the Indian racer moved from being a newbie to being one of the best development drivers in the Haas F1 Team. So, if you call yourself a racing enthusiast, Arjun Maini's biography is one that you should not miss out on.

Comes From A Family Of Racers

Arjun Maini was born on December 10, 1997, in Bangalore, India, into a family of racers. The DTM rider grew up alongside his younger brother Kush Maini in an athletic family where their parents supported their passion for racing.

Like the F2 driver, his younger brother grew up with a love for racing and has competed in Italian F4, ADAC Formula 4, and the Formula Renault Eurocup. Similarly, he competed in the British F3 Championship, where he finished second. In addition, he recently competed for the Mumbai Falcons in the 2021 F3 Asian Championship. 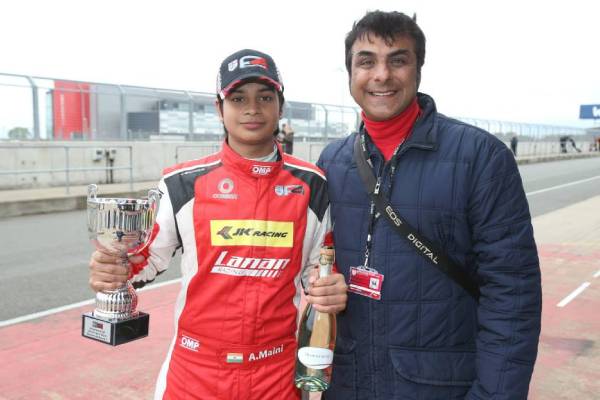 Arjun Maini grew up in a household of racers and developed an early interest in motorsport racing. Image Source: Arjun Maini Facebook.

Similarly, in the late 1990s, Arjun Maini's father, Gautam Maini, competed in the National Racing Championship for BPC Racing. He is currently the Managing Director of Maini Precision. So, Arjun's interest in motorsport was evident to his father and gifted him an electric car.

Following in his father's footsteps, Arjun developed an early interest in motorsport racing and competed in his first go-kart competition at the age of 5. However, his professional career began much later.

While much is known about Maini's career and achievements, the talented racer has remained tight-lipped about his personal life. Despite this, he has stated that his parents and siblings fully support his career and wish him nothing but success.

At present, the Bangalore native is known as an up-and-coming racer who has a promising career ahead of him. So, Maini's parents must be incredibly proud of his achievements.

Arjun Maini Net Worth and Career

As previously mentioned, the young athlete began his path to fame at a very young age. With years of dedication, effort, and hard work, he has become one of the industry's most prominent drivers and amassed a sizable fortune. As a result of his outstanding racing career, Arjun Maini's net worth must have increased over time.

So, how did Maini progress from being a rookie driver to getting signed by Endurance Racing in the European Le Mans Series, and how big of a benefit did it bring him? Let's find out in this section.

Maini won his first two championships, including the MRF Mini Max Championship in the Rotax and 4-stroke Cadet classes when he was only eight years old. The young racer then competed in the Asia Max competition and won again. And by 2008, he was crowned the youngest Indian to win a kart race abroad after his victory in the Malaysian Royal Kelatan Kart Prix.

Similarly, at 11, he became the youngest driver to take part in the J.K. Tyre Rotax Max Junior Max National championship. His natural talent racing did not go unnoticed, and the Red Rooster Racing Team selected him in 2009. 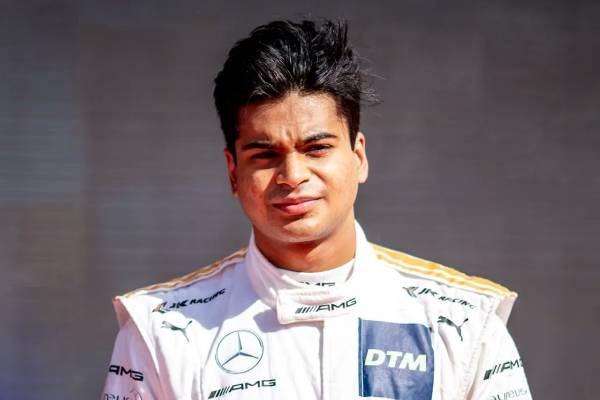 Arjun Maini was able to gain a lot of recognition and titles at an early age, therefore he must have made a lot of wealth through his amateur racing career. Image Source: Arjun Maini Facebook.

He initially gained notoriety after placing second in the Junior category at the Indonesia Kart Prix 2012. The racer followed his success by bagging first place in the Junior max category in Rotax Invitational Karting Race.

However, after winning a dozen of events, Maini decided to switch to cars and end his rookie career by turning professional. Despite this, he garnered a great deal of recognition and titles at such an early age. As a result, he must have made a good income from his amateur racing career.

After improving his skills during his rookie season, the racer switched to automobiles and began his professional career in the J.K.Tyre Racing Series in 2013. He ended up winning two races at the Buddh International Circuit and the Malaysian Super 6 Series.

The following year he partook in the BRDC Formula 4 Championship, where he finished second with four wins, nine podiums, two pole positions, and six fastest laps. Since then, the promising driver has participated in many championships, including the FIA Formula 3 European Championship, Toyota Racing Series, and Formula 3 Macau Grand Prix.

In 2017, Arjun raced for the Jenzer Motorsport team in the GP3 Series for the second time, scoring two podiums, including a victory in the sprint race, and became the first Indian GP3 race winner.

Maini's hard work finally paid off when he signed for Trident Racing in the 2018 FIA Formula 2 Championship, teaming with Haas F1 Team development driver Santino Ferrucci. In addition, the Haas Formula One team announced that Arjun would be a development driver for the team, a deal that would continue up to 2019.

However, Maini did not have much luck during the 2018 season, and on one occasion, he completely broke down following the F2 Sprint Race in France owing to what he believed was a persistent lack of engine power. Nonetheless, even with all the complexities, he managed to finish in 17th place.

Furthermore, the racer has been involved in multiple crashes throughout his career, and while none of them were life-threatening, they slowed down his speedy progress toward success.

Take a look at some of the accidents that Arjun Maini has been in.

Following the disastrous 2018 season, Maini decided to switch to Endurance racing in 2019. He then competed in the 24 Hours of Le Mans and the Asian Le Mans Series, finishing fifth in the final two races of the 2021 season alongside Narain Karthikeyan and Naveen Rao.

Furthermore, the race driver also competed in and bagged a podium in his first DTM Championship in 2021. Maximilian Götz later won the Championship after rivals Liam Lawson and Kelvin Van Der Linde retired from the match.

At present, Maini has competed in a total of 211 races, having won 11 races. And, despite his lack of notable successes, we are confident that his brilliance and determination will one day earn him a place in history.

In addition, the racer has over a decade of professional racing experience. So, without a doubt, Arjun Maini's fortune is primarily generated from his earnings as a professional racer.

The Indian racer is an emerging star in the sport, and several high-end brands and companies have noticed his abilities. Furthermore, these organizations are keen to sponsor and partner with the rider.

Maini is currently partnered with J.K.Tyre and TVS Motor, two of the most well-known brands in the motorsport industry. Similarly, he has also signed deals with companies such as Red Bull, Baseline Ventures, and Omega Seiki Mobility Pvt. Ltd.

Furthermore, the racer proudly shows off his sponsorships on his social media accounts. As a result, Arjun Maini's net worth and wealth include earnings from endorsement and sponsorship contracts.

Who Is Arjun Maini's Girlfriend?

Arjun Maini, a young and rising racer, has been the subject of public attention for quite some time. So naturally, Maini's racing talents and attractive looks have drawn a swarm of female admirers hoping to date the handsome racer throughout the years. Similarly, his popularity has piqued the interest of many people who are curious about his personal life and relationships.

However, unfortunately for the admirers, the star has chosen to keep his love life under wraps. Consequently, any information about Arjun Maini's girlfriend or whether he even has a partner is unknown. 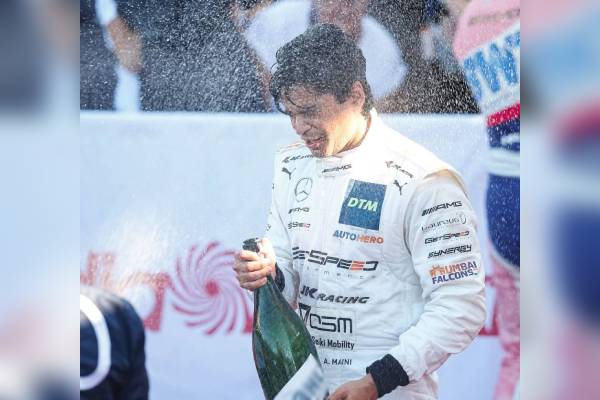 Arjun Maini appears to be focused on building a reputation for himself in the sporting world, with no time for dating or being in a relationship. Image Source: Arjun Maini Twitter.

In addition, there is no hint of him being romantically involved with anyone in any of his social media handles, making it impossible to track down his partner. Being in a relationship while in the spotlight is challenging for most people; therefore, Arjun may be keeping his relationship status a secret to avoid unwelcome interference into his personal life.

For the time being, the young racer seems to be hell-bent on building a name for himself in the sports industry. Consequently, he may find it difficult to find love or develop romantic relationships owing to his hectic schedule.

Despite his intense drive and focus on his profession, we hope Arjun Maini's better half is out there and that he will find her soon.