Home Featured Articles 7 Richest Snooker Players And Their Net Worth.

Here we have the seven richest snooker players along with their astounding net worth and career earnings. Photo Source: Wikimedia Commons.

Snooker is one of the oldest sports whose origin dates back to the latter half of the nineteenth century in Britain. It began as a gentleman's sport before evolving into a pastime and gradually gained worldwide recognition.

The cue sport has become one of the world's most played and viewed games. It also features many opportunities and benefits for the players, increasing its popularity. So, we see many people aspiring to be professional snooker players.

Likewise, many athletes have earned a tremendous amount from playing snooker. Alongside benefitting from endorsements, their prize money from a single match amounts to thousands of dollars.

So, let's look at the seven richest snooker players and their astounding career earnings and net worth in this biography.

1. Ronnie O'Sullivan Net Worth And Earnings

There is not a single snooker fan who hasn't heard of the legendary Ronnie O'Sullivan. He has been a household name in the sport for nearly three decades.

The sportsman began playing at seven and won many amateur competitions. After turning pro in 1992, he continued his momentum by gaining more victories.

O'Sullivan's most notable achievement is winning World Snooker Championship six times. His latest victory was at the 2020 World Championship, where he cashed $664,435 (£500,000). In addition, he has also won the U.K. Championships and Masters seven times each. 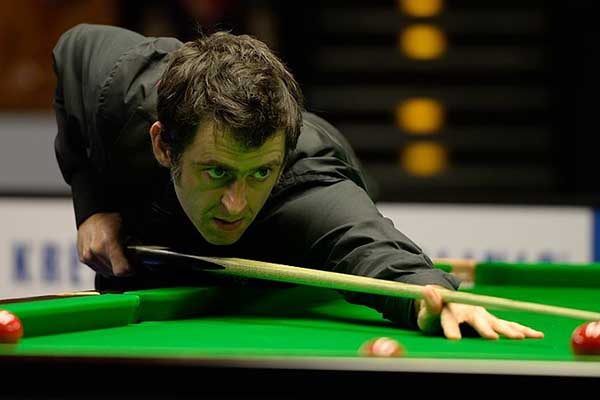 Combining all of his tournament money, the sportsman's career earnings amount to $9,260,525.6 (£6,968,722). Aside from that, his income also comes from his merchandise, endorsements, and books.

Hence, Ronnie O'Sullivan's net worth amounts to $14 million. So, it is no surprise that he ranks among the top earners in snooker.

2. Mark Selby Net Worth And Earnings

Another well-renowned face in the snooker is Leicester-born Mark Selby. He has won the audience's hearts with his fantastic pool skills and hardships.

The sportsman also had an early beginning in his snooker journey. He turned pro in 1999 and won his first-ranking title in 2008. Moreover, the athlete won his first World Championship by upsetting O'Sullivan in 2014. 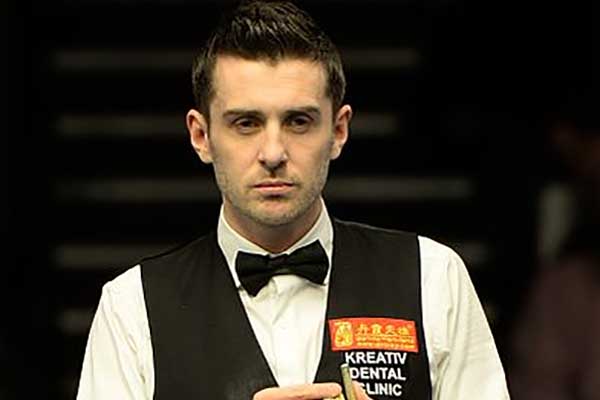 Hence, Mark Selby's net worth must be a considerable sum thanks to the thousands he pocketed in the snooker tournaments over the years.

3. Judd Trump Net Worth And Earnings

Emerging as one of the formidable opponents at the table is Judd Trump. His skills and playing style have challenged some of the top players in the snooker.

With the support of his family, the English player took snooker lessons from a young age. He then showcased his real potential after turning professional in 2005. 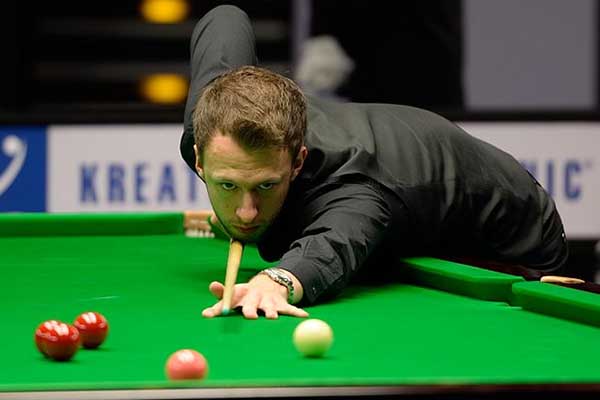 Judd's career earnings amount to $4,802,928.2 (£3,614,295) as of December 2021. He also earns additional money from his multiple endorsement deals and sponsorships. Moreover, he ranks second on the world snooker rankings.

Hence, Judd Trump's net worth must be a notable amount considering his earnings and he is counted among the wealthiest snooker players.

4. John Higgins Net Worth And Earnings

Only a few individuals have been able to win all three Triple crown titles in the snooker world. However, John Higgins has topped the list by securing nine triple crown wins under his name.

The snooker player arose as an amateur champion before making his long-awaited professional debut in 1992. He has continued to show dominance in the snooker world since.

John has named four World Championship under his credits. His first title victory was in 1998, and the fourth was in 2011. Moreover, the champ has also secured three U.K. Championships, five Welsh Open, and one Masters. 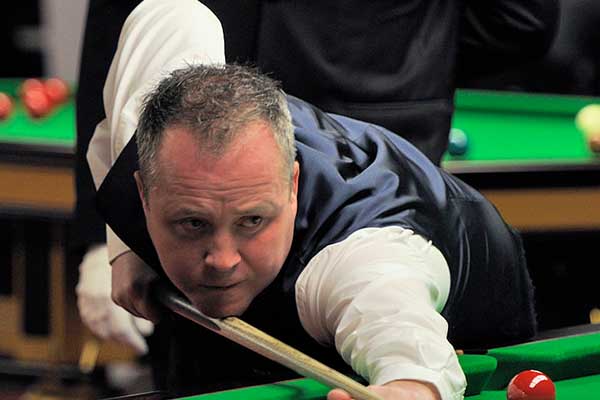 5. Neil Robertson Net Worth And Earnings

Shining in the English-dominated snooker is Australian player Neil Robertson. He also represents the only person outside the U.K. to win any Triple Crown title.

After turning professional in 1998, the player had a slow start in his snooker career. But, he made up for it by practicing hard and winning his first title in 2003. 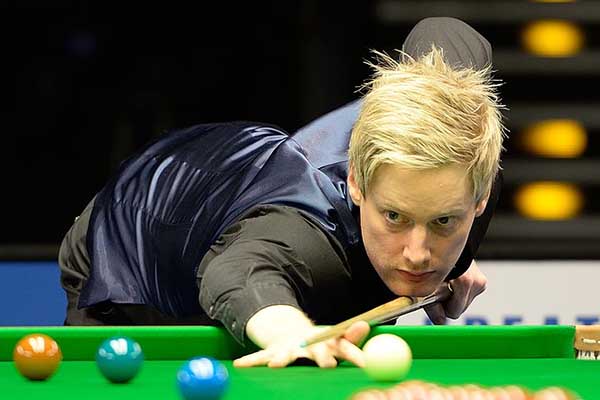 Hence, Neil Robertson's net worth must be a notable figure from his pro career. And unsurprisingly the Australian player has managed to secure a place on our list of the 7 richest snooker players.

6. Shaun Murphy Net Worth And Earnings

Continuing the representation of English players in our list is Irthlingborough native Shaun Murphy. He also ranks among those few ones with Triple Crown wins.

Going through the professional snooker player's early playing days, he developed a passion for the sport at eight. His determination and hardships led him to turn professional at age fifteen in 1998.

The snooker prodigy won his first tournament at the 2000 Benson & Hedges Championship. However, Murphy got much recognition only after winning the 2005 World Championship. 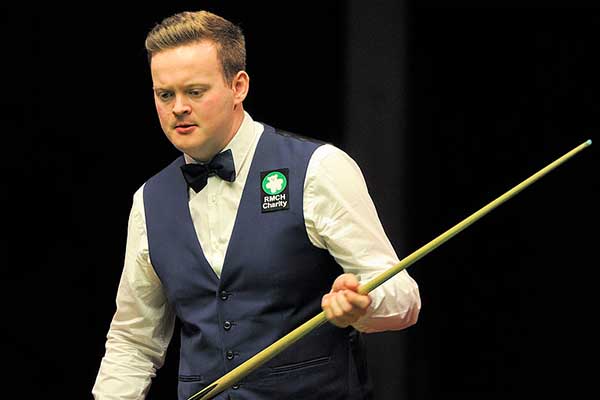 Thus, Shaun Murphy's net worth must be enormous thanks to his professional career.

7. Kyren Wilson Net Worth And Earnings

Last but not least, on our list of the richest snooker players is Kyren Wilson. He might be a new face among the veterans but has shown massive potential in the snooker.

The English player has secured many snooker titles under his name since turning pro in 2010. His first title was by defeating world number two Judd Trump in the 2015 Shanghai Masters.

The sportsman won his second title at the 2019 German Masters. He has since finished as a runner-up at World Championship, Indian Open, World Open, etc. 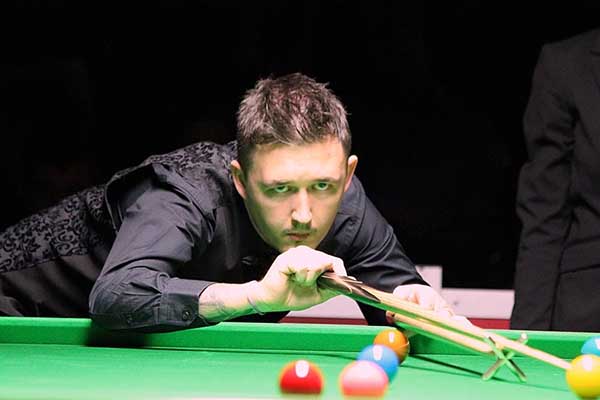 Kyren Wilson's net worth must be a considerable sum thanks to his professional snooker career. Photo Source: Wikimedia Commons.

Hence, the snooker pro has risen to rank number five at the world snooker rankings with career earnings of $1,565,664 (£1,178,192). Thus, Kyren Wilson's net worth must also be gigantic from his playing career.

While Kyren completes our list of richest snooker players in the world, other individuals like Mark Williams, Stuart Bingham, and Mark Allen, have also earned a fortune from their respective careers.