The snooker world has seen many incredible talents over the years. However, only a few have been able to enjoy a successful career for nearly three decades. And one such individual is John Higgins.

The athlete has shown his excellent skills by winning numerous tournaments. For instance, he has recorded nine triple crown wins under his name. In addition, he has compiled the second-highest tournament breaks of twelve.

So, let's find out more facts about this snooker legend in this biography.

The professional snooker player was born on May 18, 1975, in Wishaw, Scotland. His parents have assisted him in achieving his snooker dream from a young age.

John Higgins' late father, John Higgins Sr., traveled to most of his snooker championships. Sadly, he passed away in 2011 after battling terminal cancer for six years. Likewise, Higgins' mother, Josephine Higgins, never misses out on any of his tournaments. She must be very proud of his successful snooker career. 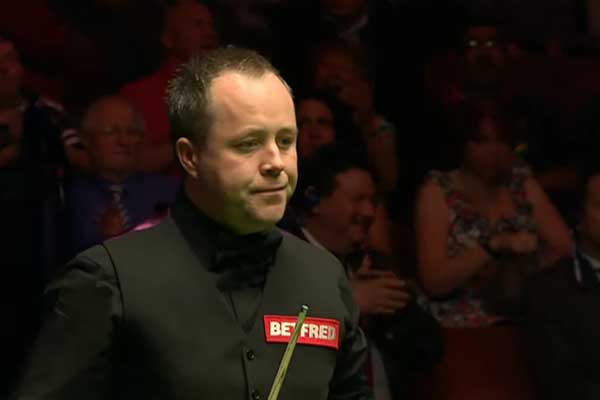 John is a family man and makes them his top priority. For instance, he left mid-way of his World Championship match after his younger brother, Jason Higgins, had an accident in 2019. Moreover, the latter had fractured his kneecap and got admitted to the hospital.

The athlete had an early start in snooker and began participating in many competitions. Eventually, he won the 1991 World Masters as an amateur.

There aren't many details about Higgins' educational background. But he likely graduated from high school in his hometown before turning professional.

The snooker pro won his first title by defeating Dave Harold at the 1994 Grand Prix. He also became the first teen to win British Open and International Open the following season.

The sportsman obtained his first championship title by beating Ken Doherty in 1998. Since then, he has earned the title three more times in 2007, 2009, and 2011. 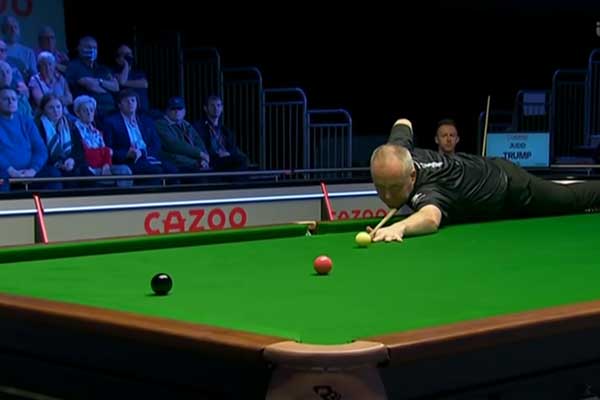 John faced match-fixing allegations from a sting operation carried by News of the World in 2010. Although the court didn't press initial charges, he met a six-month suspension and a $100,068.75 (£75,000) fine.

The athlete then returned to the professional circuit and continued giving excellent performance. His accomplishments include winning three U.K. Championships, one Masters, five Welsh Open, etc.

The snooker player won the 2021 Players Championship by defeating Ronnie O'Sullivan. In addition, he advanced to finals in the 2021 English Open before losing to Neil Robertson.

John Higgins Net Worth And Earnings

As a professional with nearly three decades of experience, Higgins is a formidable challenger in the tournament. In addition, his skills have defeated some of the best snooker players numerous times.

Likewise, John Higgins' net worth is influenced by his professional snooker career. His tournament money and sponsors must bring him thousands of dollars annually.

The athlete's prize money in the 2020-2021 seasons as per CueTracker are tabulated below:

Hence, John Higgins' net worth must have risen significantly alongside his progressing career.

The sportsman again put his next home on the market in 2021. It featured five bedrooms, a utility room, an extension housing a snooker room, a bar, and family area, etc.

John Higgins Is A Married Man And Father Of Three

Well, as mentioned above, John's family had a big hand in his pursuit of a sports career. He has also spoken about their sacrifices many times in the media. But apart from them, another individual also holds the same credit, his partner, Denise Higgins.

The pair first met at a disco and were introduced by their school friends. Both were teenagers and attended the same school together,

John's then-girlfriend, Denise, initially didn't know much about his snooker background. But soon, she understood his passion for the sport from his constant tournament participation.

The high school sweethearts continued their relationship after school. Both finally got engaged in 1998 and married in 2000.

John Higgins' wife, Denise Higgins, often accompanies him to his tours and matches. She always packs his suitcases before he travels to tournaments.

The couple often appears on media on various occasions. For instance, both participated in a British TV show, All-Star Mr. and Mrs, in 2010. Moreover, the pair won £30K from the show and donated it to The Dalziel Center. 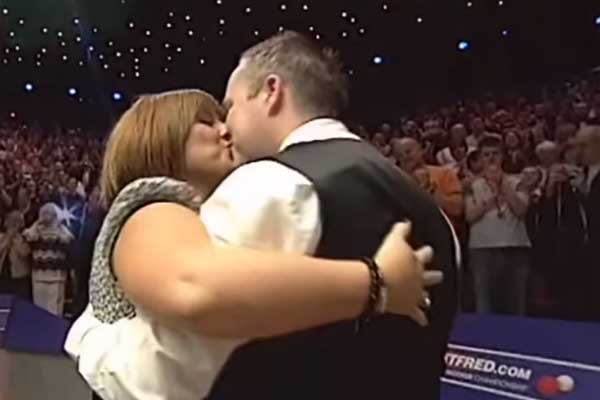 However, John Higgins' children have decided to lead a simple life away from the limelight. Nonetheless, his kids occasionally appear in his tournaments to cheer for him.

Hopefully, we will get to see Higgins' family's media presence more in the future.