English snooker player Stuart Bingham is one of the eminent faces of the game. Photo Source: Wikimedia Commons.

Since the invention of snooker, the game has been popular among British citizens. And thus, with its increasing popularity, the United Kingdom has produced some of the top athletes in the game.

Mark Selby, Ronnie O'Sullivan, and Stuart Bingham are some of the prominent names in English snooker. And Stuart is one of the few athletes who have thrived on the scene time and again.

So, today we will look at Stuart Bingham's biography and get into the nitty-gritty of his personal life.

Stuart Bingham Gave Up His Studies For Snooker

Born on May 21st, 1976, the English snooker player grew up watching the likes of Steve Davis and Stephen Hendry. And before Stuart Bingham's parents, Eddie Bingham and Maureen Bingham knew, little Stuart had developed a keen passion for snooker.

Stuart spent most of his childhood in Basildon, Essex, alongside his older brother, Lee Bingham. And as the youngest child of the family, he was showered with affection. Thus, when Bingham first picked up a cue stick at 13, his family supported and encouraged him in billiard sports. 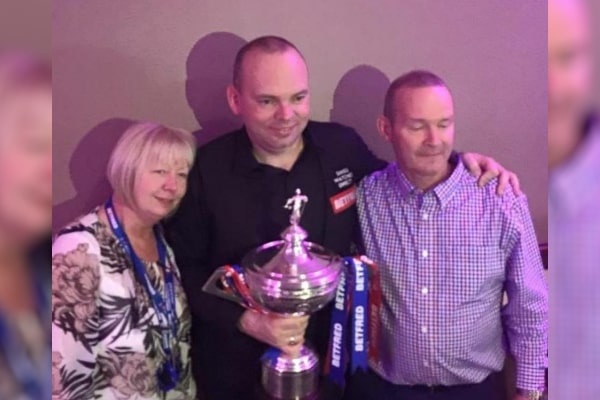 As he came of age, the Basildon-born athlete began his schooling days at Swan Mead Junior. Bingham, however, gave up his formal studies when he turned 16 to hone his skills in billiard sports. But, only a few of his friends believed that he would make it big in the professional snooker scene.

It did not take Stuart long to prove his skeptics wrong. By winning both the English Amateur and the World Amateur Championship in 1966, he grabbed the attention of both snooker professionals and fanatics.

Stuart Bingham Net Worth And Career

The Essex-native has competed in multiple prestigious snooker events worldwide for more than two decades. As such, people are curious to learn about all the wealth Stuart has accumulated over the years. Well, most of Stuart Bingham's net worth comprises his earnings as a pro snooker athlete.

With six ranking and four minor-ranking titles under his belt, Bingham has turned into one of the prominent faces of snooker. However, despite his success in the early years, he had to wait a while to uplift a major championship title.

Stuart's most notable win came against Shaun Murphy in the 2015 World Championship. Here, he defeated Murphy 18-15 in the final to pocket the prize money of $397,978 (£300,000). And throughout his career, Bingham has compiled over 500-century breaks and eight maximum breaks.

Stuart Got Banned From Playing Snooker

Despite his prolific career record, the Basildon-born player's journey has not been smooth. On October 24th, 2017, Bingham was found guilty of illegal betting in his matches and other matches, including professionals, against the rules of the World Professional Billiards and Snooker Associations.

Following an inspection conducted by the officials, Stuart admitted to gambling a small amount of cash using proxy accounts. According to an article in the World Snooker Tour, the athlete reportedly bet $47,434 (£35,771). Nonetheless, Bingham has repeatedly denied the wagering of such a large sum.

After facing a six-month ban from professional snooker, Stuart returned to the game more potent than ever in January 2018. He clinched the 2018 English Open Championship the same year. Bingham, furthermore, won the title of Masters 2020, securing prize money of $331,495 (£250,000).

Stuart Is Living A Comfortable Life Thanks To His Earnings

Nonetheless, we are confident that Stuart lives a comfortable lifestyle with such a grand sum to his name. Moreover, a quick scroll through his Instagram handle gives us a glimpse of his fun-filled days. 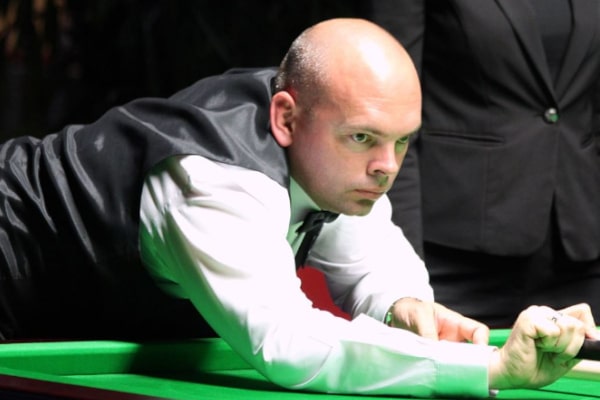 In addition, the Essex-native has taken a keen liking to tattoos. And most of his upper body is filled with beautiful body art of different animals. On his back, Stuart has three lions to represent his victories in the World Championship, English Open, and Premier League in England.

And with many more titles to Bingham's name, we are confident more tattoos are on the way. Nevertheless, he must have spent a couple of thousand dollars to etch those designs on his body. As such, Stuart Bingham's net worth must have taken a hit.

Stuart Bingham Is Married And A Father Of Three

Much like in his professional life, Stuart remains pretty occupied in his personal life with three kids back at home. He is a family man and is married to a gorgeous lady, Michelle Bingham, previously Michelle Shabi. The husband-wife duo is parents to two daughters and a son.

The couple has yet to announce how they met or how the romance started between the two. However, it has been confirmed that Stuart and Michelle tied the knot in 2011 in Cyprus.

Interestingly enough, Stuart Bingham's spouse, Michelle, was previously linked to someone else and even had a daughter, Tegan, from her past relationship.

However, after getting married, the couple welcomed their first child, Shae Bingham, in 2011. And six years later, Stuart Bingham's wife, Michelle, gave birth to their daughter, Marnie Rose Bingham. 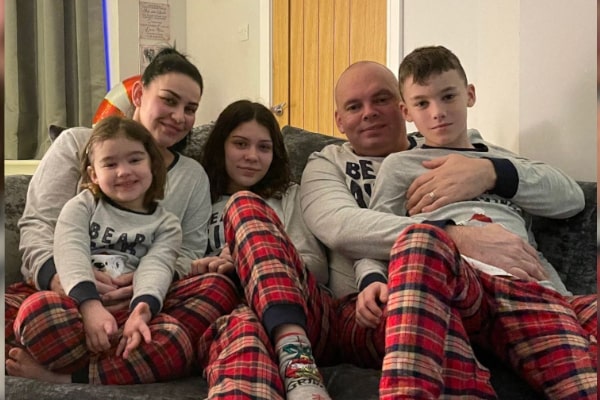 Well, Stuart Bingham's children appear to live a comfortable life with their parents. Moreover, Stuart frequently shares pictures of his family and gives insight into his endeavors.

We wish the Binghams long-term prosperity and hope the English athlete will regularly keep us updated about his wife and children.