Belfast-born athlete Mark Allen has constantly become the talk of the town, whether it be for his success in snooker or constant controversies. Photo Source: Wikimedia Commons.

Mark Allen, a snooker prodigy from Antrim, has constantly remained in the headlines, whether it is for his endeavors in the snooker world or a long list of misconducts. Owing to this fact, the player's journey in the professional scene has seldom been a smooth sail.

Nonetheless, Mark has continuously garnered a large fan following thanks to his mesmerizing skills with the cue stick. And many of them are eager to discover the details of his life. So today, we will uncover Mark Allen's biography and take a brief look at his personal and professional life.

Mark Allen Learnt The Basics Of Snooker From His Father

Born on 22nd February 1986, the Northern Irish snooker player grew up idolizing the seven-time World Champion, Stephen Hendry. And it did not take Mark long to follow in the footsteps of his sporting icon. However, despite his fame in professional snooker, relatively little is known about his family background.

Little Allen spent most of his childhood in Antrim, a small town on the banks of Six Mile Water. Here, Mark Allen's father, Ronnie Allen, used to play in the local leagues and was one of the first to teach his son the fundamentals of snooker. Nonetheless, the whereabouts of Mark's mother is unknown.

Mark Once Considered A Career In Soccer

Mark's interest in snooker first brewed when he accompanied his dad, Ronnie, to the local pool house alongside his brother. Nonetheless, snooker was not the only sport the Antrim native liked playing during school days.

In addition to his interest in snooker, Mark also had a keen passion for soccer. So much so that he even considered making a career out of it. Reportedly, Allen gave trials at Sheffield Wednesday FC and Nottingham Forest FC. 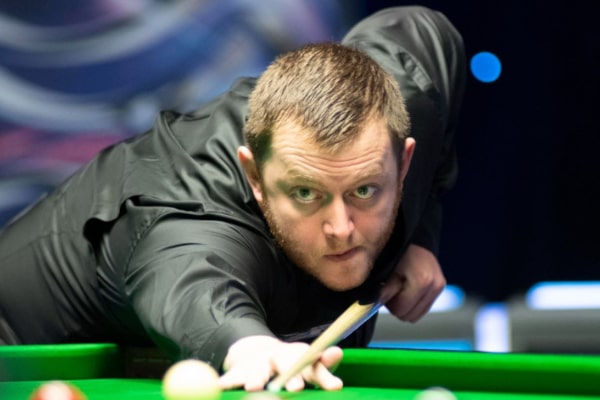 However, Mark realized that snooker was his true calling and invested his time in the sport. Considering his success in the scene, Mark Allen's parents must have supported him when he decided to pursue snooker as a career path.

Mark Allen Net Worth And Career

The Irish snooker athlete has amassed 500-century breaks and two maximum breaks throughout his career. And with his aggressive style and capability to make shots with both hands, Mark has proved to be a dominant force for over 15 years.

Allen first made his mark on the professional scene when he reached the finals of the 2011 UK Championship. Even though he lost to Judd Trump, the young snooker talent caught the eye of many professionals and fans alike.

Since then, the Belfast-born player has competed in several prestigious tournaments, claiming six ranking titles and five minor-raking titles. Nevertheless, his most notable win came at the 2018 Masters. Mark defeated top brass like Ronnie O'Sullivan, John Higgins, and runner-up Kyren Wilson to uphold the championship in the contest.

Mark's Career Is Embroiled In Controversies

Much like his aggressive gameplay, the Antrim native is sharp-tongued and is not afraid to criticize other professionals and venues. As such, time and again, Mark finds himself entangled in disagreements and public reprimands.

The first of Allen's long list of misdemeanors include swearing at a media conference in 2011, during which he asked the then-chairman of World Snooker, Barry Hearn, to resign from his post. A year later, his inappropriate comments about the location during the 2012 World Open in Haikou sparked flames among Chinese followers.

Similarly, Mark has also proved to be quick to judge other professionals. For example, ahead of the 2011 Australian Open quarter-final, he criticized fellow athlete Stuart Bingham and labeled Stuart as having "no bottle." Although the two players were seen exchanging words online for a while, the duo eventually calmed down.

Allen publicly accused the Chinese player Cao Yupeng of dishonesty in another case. He further claimed that Cao did not admit a foul after the referee failed to recognize the play. The organization, however, did not take a liking to Mark's claims and further fined him a sum of $14,562 (£11,000).

Having won several prestigious titles on the international stage, many of Mark's followers thought that he had made an enormous fortune to his name. So, when the athlete declared himself bankrupt after claiming the Northern Ireland Open title in October 2021, the snooker fanatics were in disbelief. 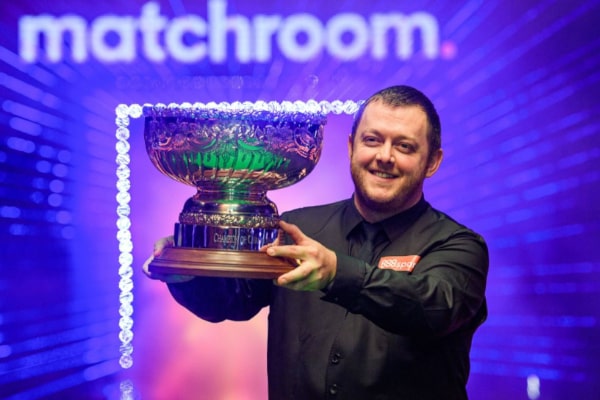 In May 2021, Mark Allen declared himself bankrupt and expressed uncertainty about whether he would continue his career. Photo Source: Mark's Twitter.

Nonetheless, despite his massive winnings, a considerable sum of Mark Allen's net worth has been spent on paying his debts and bills. As claimed by Sunday Life, the Antrim potter debts have spiraled up to $1.45 million (£1.1 million), including $754K (£570K) in tax alone.

Mark further mentioned that he is on the edge of quitting professional snooker amid the financial crisis. However, Allen has continued to compete in snooker events and is pocketing significant amounts from them.

Unlike his professional life, Mark's love life has not seen much success. The Belfast-born player has been married twice, and both of those times, his relationship ended in heartbreak. Firstly, the athlete was linked with women's World Snooker Champion Reanne Evans.

Mark and Reanne eventually broke up in 2008. And Allen reportedly fell into a long bout of depression and had periods where he did not leave the house after the split-up. Around this time, the Antrim native met Kyla McGuigan and eventually started dating. 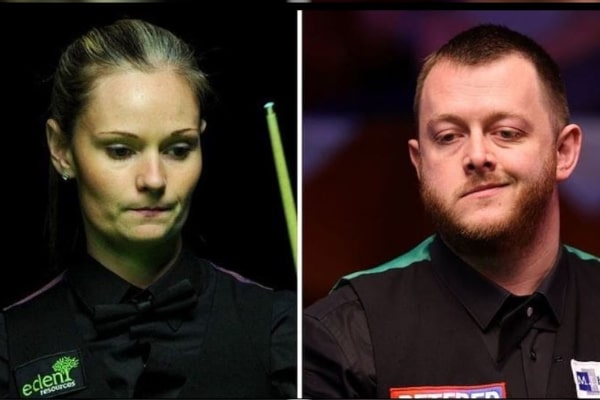 Mark Allen's partner, Kyla, was previously engaged to someone else and even has a son, Robbie McGuigan, from a past relationship. However, after dating for about two years, Mark and Kyla tied the knot in May 2013. The duo eventually welcomed their daughter, Harleigh Allen, in 2017.

However, after seven years of togetherness, the couple eventually decided to go separate ways. In May 2020, Allen informed the public that he was amid the process of getting divorced from his then-wife, Kyla, and it could take over two years to finalize the papers.

Mark Allen's stepson, Robbie, became a notable amateur player, winning U16 and U21 tournaments. But the whereabouts of his ex-wife, Kyla, and daughter, Harleigh, remains to be uncovered.

Consequently, there is a lot of haze surrounding the athlete's intimate connections. Nonetheless, we are confident he will soon overcome his hurdles and find someone with similar love interests.