Ishod Wair is an American professional skateboarder who is sponsored by companies like Nike SB and Real Skateboards. Image Source: Ishod Wair Twitter.

American skateboarder Ishod Wair started skating as a young kid and has participated in numerous skateboarding worldwide. He has gained fame due to his successful run in competitions like Maloof Money Cup, Phoenix Am, and several others.

Wair might have gained worldwide recognition due to his skills on deck, but he rarely opens up about his personal life. However, we have garnered information regarding his childhood, professional career, and love life. So, let's go through Ishod Wair's biography to get to know him better.

Ishod Wair was born Ishod-Kedar Burti Wair, on November 1, 1991, in Bordentown, New Jersey. The popular skater is very secretive about his family; however, scouring through the internet has helped unravel the mystery. He is the only son of his parents, Ann Renee Wair and Michael Wair. However, he grew up in NJ alongside his two sisters, Naomi Wair and Nitocris Wair. 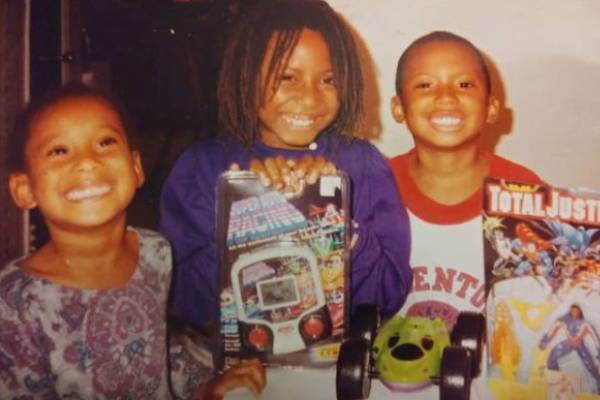 Wair was interested in skateboarding from an early age and had started riding the deck at the age of nine. However, he also played basketball and was encouraged to follow the hoop dreams as a career opportunity. However, Ishod Wair's mom, Ann Renee, helped him with his skateboarding dream after discovering that he wanted to skate. Renee was the one who bought Wair's first skateboard as a gift.

Ann Renee Wair's investment in Ishod's skateboarding paid off as at the age of 18, he competed in the amateur skateboarding contest, Tampa Am, and managed to qualify for the semi-finals. He then continued to participate in other amateur tournaments, turned professional in 2011, and has not looked back since.

As stated above, Ishod Wair started skating as a nine-year-old and was supported by his mother to pursue a career in the field. He competed in the 2008 Tampa Am and placed 19th out of 36 skaters in the semi-finals. He managed to garner the attention of fans during the event and returned the following year and was 18th out of 38 skaters.

Wair competed in the Phoenix Am 2010 event and won the finals beating eleven other competitors. He then took part in numerous other amateur competitions like Maloof Money Cup Am, Tampa Am 2010, Damn Am Atlanta, and AmsterDamn Am, placing in top positions in many of them. 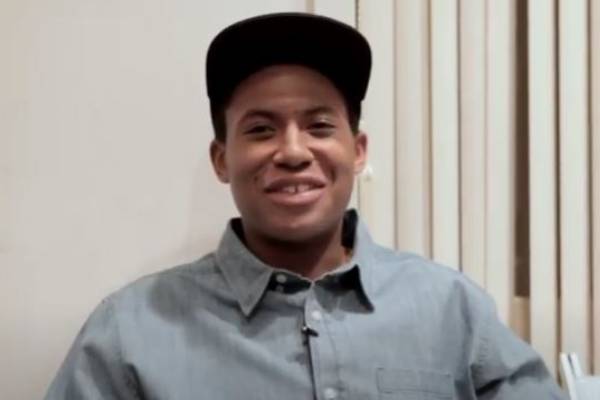 Then in 2011, Ishod Wair turned pro with the Real Skateboards, and his first event was the Maloof Money Cup South Africa Pro Street Qualifiers, where he placed third. The same year he qualified for the Tampa Am Finals and was 8th out of 12 skaters. After this, Ishod exclusively participated in pro events like Street League, Tampa Pro, XGames, and Copenhagen Pro and managed to secure numerous top spots.

Given below are a few of the events Ishod Wair took part in, along with his achievements.

The popular skater has won a bronze medal in the Super Crown World Championship. He came behind Nyjah Huston and Torey Pudwill in the event but beat popular skaters like Paul Rodriguez, Shane O'Neill, Matt Berger, and Chaz Ortiz for the third position.

Furthermore, Ishod Wair has put out several skateboarding videos with various companies like Thrasher, Nike, among others. He has also appeared in Tony Hawk's video games and documentaries of other skaters like Chris Cole. These, along with his skateboarding career, have helped Wair gain fame and amass a fortune.

Ishod Wair Net Worth And Earnings

As mentioned above, the New Jersey native has partaken in several amateur and professional tournaments and won many of them. And his skateboarding career is supported by several sponsors like Nike, Real Skateboards, Monster Energy. Having earned from all of these sources, there is no doubt that Ishod has amassed a fortune.

Now, let's get to know how much Ishod Wair's net worth is and his earning source.

Ishod Wair's first major win was at the Phoenix Am Finals in 2010. The same year, he took home the $100,000 prize money as the winner of Maloof Money Cup South Africa. Wair also placed second in the Tampa Am Finals 2010 and pocketed the allocated financial reward. He continued to perform well on the amateur events before turning pro in 2011.

The American skateboarder did win the gold medal in the X Games in Norway. While the exact amount of prize money is unknown, he must have earned thousands as the winner of the event. Most recently, Wair's fortune saw a considerable rise after he won the SLS Unsanctioned in April 2021.

While he has not won a big sum like the fellow skateboarder, Nyjah Huston, Ishod Wair's net worth has been impacted by the prize money he received.

Besides his income from skateboarding, Ishod Wair's fortune also includes the amount he earns through sponsorships. Wair's largest sponsor is Nike SB, with whom he has worked for around a decade. And like many other Nike SB athletes, Ishod has also collaborated with the company to put out skate shoes. The shoe design is named Nike Dunk SB Low Pro 'Ishod Wair'. The shoe is available on Nike's website and is priced at $95 per pair.

Besides Nike SB, Ishod is currently sponsored by companies like Real Skateboards, Thunder Trucks, Spitfire, Monster Energy, Miles, Parade, and Bronson Speed Co. He has also released numerous products with the abovementioned companies. These items are all available on Wair's official website, and given below are a few of them along with their prices.

The Twin-Tail deck is popular among Ishod Wair's fans and is currently sold out. The symmetrical deck is sized at 8.3"X31.9" and is available in numerous designed and veneer colors. Since the abovementioned products are mostly sold out, it is clear that earnings from them might be significant. And since these items are from Ishod's collaboration with the companies, he must have gained a considerable sum from them.

Thanks to his earnings from various sources, Ishod Wair is currently enjoying a comfortable life in Los Angeles. He has also spent his time in Philadelphia and previously lived in Florida and Pennsylvania.

While Ishod's professional career has been out in the open, he has been pretty secretive about his love life. However, he has shared pictures of his partner on his Instagram. While he is yet to reveal her name and other information, Ishod Wair's girlfriend has been featured on his social media pages since early 2021. 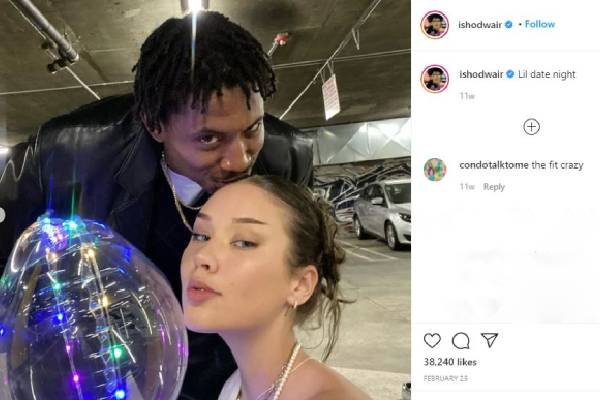 Ishod Wair is dating a girl but is very secretive about his love life. Image Source: Ishod Wair Instagram.

Apart from the fact that he is now dating someone, not much is known about Ishod Wair's relationship. Well, we hope he reveals when and how he met his girlfriend and introduces her to his fans in the coming days.