The sportsman has been present for more than three decades in the sports industry. He is the champion of the 1975 USSA World Invitational Skateboard. In addition, the player is also the first person to record the highest barrel jumping in the Guinness Book of World Records. His skateboarding skills are phenomenal.

Here, we will go through the life of Tony Alva.

The skateboarder was born on September 2, 1957, in Santa Monica, California. His parents were Dutch and Mexican-American. Moreover, the athlete has always been passionate about skateboarding. However, Tony Alva's brother Mark Alva and his sister Kathy Alva don't seem to share that same passion.

The young skater initially started as a surfer in his hometown in the late 1960s. He started skating on the clay wheels when he couldn't surf due to bad weather. Moreover, at that time, the emerging skater took a liking to the professional skateboarder Torger Johnson. The latter's combination of technical skateboarding moves with surfing moves greatly influenced Alva to try by himself. 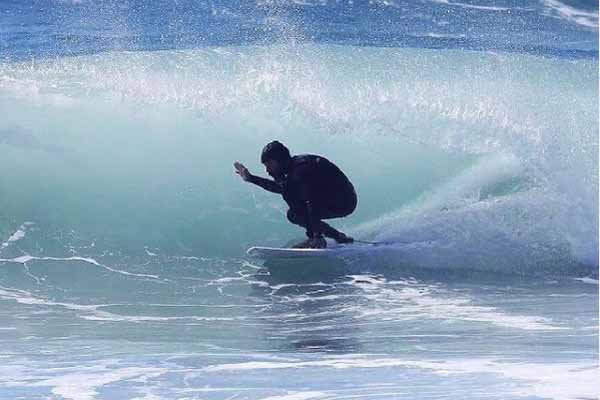 Tony Alva began as a surfer who later on combined his surfing skills into skateboarding. Photo Source: Tony Alva's Instagram.

Tony Alva began giving priority to sports rather than education. He began practicing by himself and with other skateboarders on the road's sidelines. During this period, Tony met Jay Adams, with whom he would later make a career in skateboarding.

Aforementioned, both Jay Adams and Tony Alva were serious about wanting to make a big name as a skateboarder. So, they started practicing in schoolyards, concrete roads, and river banks. In addition, the duo learned lots of skills such as pivoting, 540 slides, and Bertlemann G-turns together. They also met other young skating enthusiasts Stacy Peralta, David Hackett, Jim Muir, Peggy Oki, Allen Sarlo, etc. The young surfers eventually joined the Zephyr Skateboard team, also called Z-Boys, in 1972.

The members of the Zephyr team were all-rounder skateboarders with expertise in freestyle, slalom, and downhill. In the group, Tony Alva was known for his aggressiveness, competitiveness, and stylish features. He was also not afraid of going head-to-head with his competitors in the track. Moreover, the sportsman got more recognition after sliding up the vertical wall in one of his competitions. As a result, he is credited as the starter of vertical skating.

Bunker Spreckels coached Tony for the world championship. He also taught him to create an impactful image that could define his unique aesthetic style as a skater. Furthermore, the Z-Boys became more popular after the invention of pool skating. It was their area of expertise, and no other players could perfect their moves like them. Additionally, the team created a sensation in the media as the Dogtown guys in pools.

In the late summer of 1977, all the Zephyr boys hung out at the dog bowl with their skateboards. They were also skating in the pool. However, Tony, in particular, decided to take his skating to the next level. He picked up his board in the air while skating and put it back down.

Furthermore, Tony Alva's friend Glen E. Friedman captured the photo without even knowing the trick's name. The trick was later called Frontside Air, and that moment is considered the birth of modern skating.

Tony Alva also won the Men's Overall World Professional Skateboard Championship in 1977. He was also voted the Skateboarder of the Year in Skateboarder Magazine Reader Poll. In addition, the pro skater recorded the highest barrel jump the same year in Guinness Book. 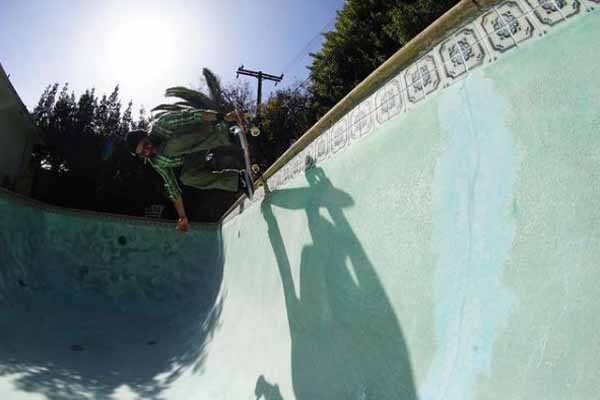 Wynn Miller photographed the athlete's skating back in 1978, which made him known all over the U.S.A. He also went on tour with the group in Sweden, England, France, Canada, etc. Furthermore, the rider appeared in the action sports television show where he showed off his front sides, backsides, inverted, aerial, and handstands skating skills. His sincere interviews also attracted him lots of fans and support from the public.

Alva also appeared in many commercials and magazines, which presented a realistic picture of his attitude alongside skateboarding. As a result, those ads influenced many people to pursue a skateboarding career. However, during the 1980s, skateboarding became commercially down and nearly out of business. As a result, many skaters left their profession to get regular jobs. Still, Tony didn't give up and continued skating despite having a bleak future.

The sportsman also became involved in movies and music later on in the 2000s. He also expanded his own brand as the best skateboard brand in the sports industry. Moreover, Alva never quit skateboarding despite facing obstacles. It makes him one of the legendary skaters of all time.

Tony Alva Net Worth And Earnings

The skater has been in the sports industry for more than forty years. As such, he has accomplished a fortune from his career. So, Tony Alva's net fortune mainly comprises his earnings from his skateboarding career. Furthermore, it also includes his income from his roles in movies. Additionally, Tony's work in the music industry has also benefitted his total worth.

The sports personality signed a deal with Vans in 1974 and continues to rock their products. Tony has also helped the company to design its original skate shoes. Thus, the skateboard rider also makes money from his collaboration with Vans. Moreover, according to Celebrity Net Worth, Tony Alva's net worth is $15 million.

Income From His Business Ventures

The sports personality became a household name by 1977. As such many skate companies offered him brand deals, but he rejected them. In addition, Alva decided to open his own company Alva-Skates. Eric Monson designed the logo for his products which looked fierce and looked like "AWA" instead of "Alva." However, it is still being used now.

The rider had a vision of creating his own skateboard, which could both skate and surf. As such, he made his boards by himself. In addition, Tony himself promoted his own products in championships and media. Later on, he began sponsoring new skateboarders Christian Hosoi, Ray Barbee, John Gibson, Craig Johnson, Mark Gonzales, etc., to promote his brand.

At present, the Alva products come in different colors with high-quality wheels and firm surfaces. In addition to the boards, the brand also customizes hats, t-shirts, tanks, patches, etc. It has also released the products of its collaboration with other designers. Some of the products and their prices of Alva Skates are listed below:

The skateboarder has also prospered well in his business career. His company is still standing strong even after so many years of its establishment. So, Tony Alva's net worth must be increasing over the years with the help of his brand.

Income As A Musician

During the 1980s, Tony Alva became busy with running his company and skateboarding outside America. Furthermore, at that time, he also ventured into the music industry. As a result, the pro skateboarder became the bass guitarist for the punk band Skoundrelz. He also worked on three songs for the group.

Thus, Tony Alva might be making a good income from his music career.

The sportsman debuted on the silver screen with Skateboard in 1976. It is sports themed as the title suggests. However, Tony Alva is much known for his performance in the 1986 movie, Thrashin'. He was joined by Josh Brolin, Robert Rusler, Pamela Gidley, etc. Moreover, the film became a hit for its portrayal of fabulous surfing skills with a high-school background. 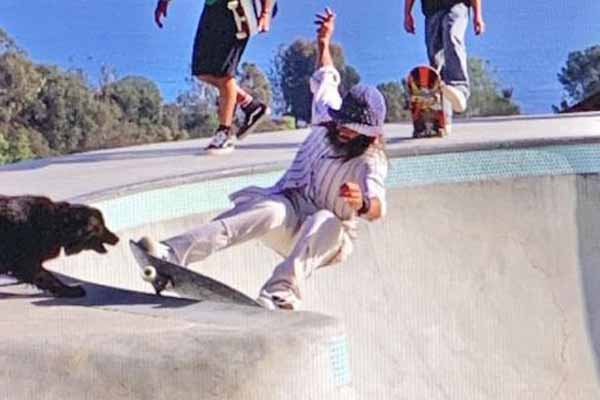 The actor has also worked on Fresno Smooth, Lords of Dogtown, History is Myth, Tony Hawk's American Wasteland, etc. He has also featured alongside Jay Adams in the documentary Dogtown and Z-Boys. It describes their experiences during their initial skateboarding days. Furthermore, Alva was also a stunt coordinator and authenticity consultant in the movie Lords Of Dogtown.

Tony Alva has also succeeded in his acting career commercially. He also has an upcoming movie Skate God in 2022.

The athlete was focused on his career and business during the late 90s. Then, he decided to settle down in the early '00s finally. So, the surfboard rider got married to Victoria Alva and settled down on the beachside. After the marriage, he kept skateboarding on the sidelines and focused more on his family. However, the marital bliss didn't last long, and the couple separated.

Moreover, the skateboarder has moved on with a new woman. Tony Alva's partner Katy Rodriguez has been with him since 2002. In addition, the pair also make an appearance on the red carpet together.

The surfer is also a proud father of two children Zephaniah Levi and Avalon Victoria. Moreover, Tony Alva's son Zephaniah Levi also skateboards like his father. Likewise, his grandchildren Roman Francis and Zoe are also featured on his Instagram posts. 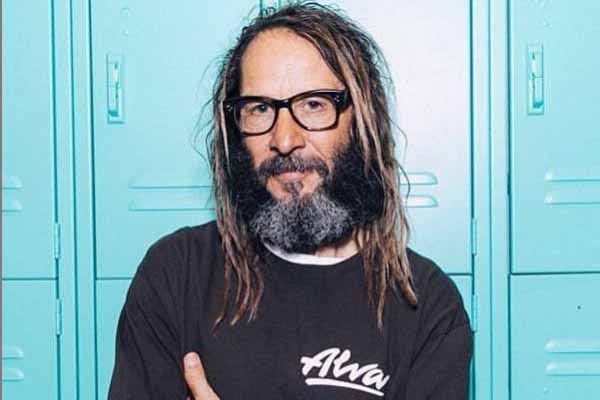 Tony Alva rarely appears in the public with his family but he often mentions them in his social media. Photo Source: Tony Alva's Instagram.

Tony Alva made a massive name during his prime. However, alongside skating, he also enjoyed partying, taking drugs, and drinking. It was fun at first, but later on, the same parties bore Tony down. Moreover, he hit rock bottom by 2006. As a result, the athlete decided to turn sober and turn a new leaf in his life. His friends and peers also helped him during his recovery period.

At present, the former world champ is living a comfortable life with his family. However, he is still skating and surfing even after crossing his 50s. In addition, the surfer also works in his company in his free time. His Alva team is going strong with new members adding in. As a skateboarder with more than four decades of experience, Tony Alva is a legend in himself.