Tony Hawk is one of the most successful skateboarders of all time. Image Source: Tony Hawk Instagram.

Besides being one of the most influential skateboarders of modern times, Tony has also earned immense fame as a successful entrepreneur. He owns a skateboard company and has licensed a video game series. Now, let us learn more about the talented skateboarder's biography, career, and personal life.

Tony Hawk was born Anthony Frank Hawk to parents Nancy Elizabeth Hawk and Frank Peter Rupert Hawk on May 12, 1968. He was born and brought up in San Diego, California, with his two older sisters, Patricia Hawk and Lenore Hawk, and an older brother, Steve Hawk. As a kid, Tony was described as "hyperactive" and used to get hard on himself. He was considered "gifted" due to his exceptional intelligence and talent. 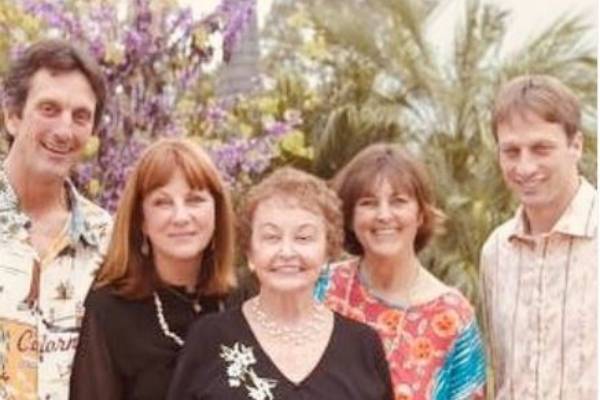 Tony attended Jean Farb Middle School in 1980. In 1986, he graduated from Torrey Pines High School. Tony was introduced to skateboard at nine when his older brother gave him a skateboard as a gift, and it did not take long for Hawk to excel at his favorite game, skateboarding. Skateboarding served as an outlet for his excessive energy. So, his parents also supported his skateboarding. Tony began his career as a professional skateboarder at the age of 14 with immense talent.

Tony had a natural talent for skateboarding as he did not need any coaching. At the age of twelve, he got his first sponsor from Dogtown skateboards and won amateur contests throughout California. After turning as a professional skateboarder at the age of fourteen, he joined the legendary Bones Brigade team in 1982. Since the beginning of his career, Tony made several movie and television appearances. His first ever movie appearance was as a skater double for Josh Brolin in the movie Thrashin. Tony was considered one of the top skateboarders globally by the time he was 16 years old.

Considered as one of the greatest skateboarders of all time, Tony reigned as the National Skateboard Association world champion for 12 years in a row. Over his career, Tony has earned more than seventy competitions. He has also invented many moves like the gymnast plant, the Ollie-to-Indy, the Saran wrap, and the front side 540-rodeo flip. Hawk's success as a skateboarder continued over the years.

In the early '90s, interest in skating began to fade, due to which Tony had to go through hard times. With the establishment of the Extreme Games (later known as X Games) in 1995, the sport became popular again, and he went on to claim Gold at 10 Extreme Games, 3 Bronze, and 3 Silver. During one of the X Games in 1999, he became the skateboarder in history to land a "900", a trick involving the completion of two-and-a-half mid-air revolutions on a skateboard after his twelfth attempt.

After this historic achievement, Tony decided to retire from professional skateboarding competitions. But, until his retirement in 2003, he remained an active participant in the annual X Games. Despite his retirement, Tony performed the "900" trick until the most recent on June 27, 2016, at 48. After retirement, Tony has involved himself in various other ventures.

Tony Hawk, a well-known name in the skateboarding world, has gained fame and amassed a considerable net worth in his life. According to the Celebrity Net Worth, Tony Hawk's net worth is estimated to be $140 million. Tony's earnings comprise income from endorsements, tournament prizes, Investments, video game series, movies and series he has starred in, and more.

When he was a teenager, Hawk earned over $100,000 a year from skating. With the tremendous income he had made in high school, he bought his family a house when he was a senior. He has earned tens of millions of dollars in prize money and sponsorships.

Hawk signed a deal with Activision for a series named Tony Hawk's Pro Skater. It is a video game series based on Hawk's skateboarding and was debuted in 1999. After that, the series has generated 18 titles so far. The series includes ten main-series titles, four spin-offs, and four repackages.

The series became an instant hit and has made over $1.4 billion to date, making it one of the most successful video game series. According to The Richest, he earned $30 million from the series. Tony Hawk's net worth exceeded over the years, making him the highest-paid skateboarder.

When the interest in skating began to fade during the early '90s, Tony had to go through financial uncertainty. At that time, he realized that income from tournaments and sponsorship would not be enough. Due to this, Tony decided to do some business and launched his own skateboard company named Birdhouse Projects with his fellow skateboarder Per Welinder. This company manufactures skateboards and skate accessories and became one of the world's most famous skateboarding brands. Tony Hawk's earnings have increased even after retirement due to the popularity of the brand. Here's the table of the products and their price.

Tony is also associated with a company named Blitz, which distributed other skateboard brands. These two companies became the largest skateboarding companies in the world. With the earnings from these two companies, Tony Hawks' net worth has risen significantly over the years. Due to which the player can live a comfortable lifestyle.

The other reason behind Tony Hawk's enormous fortune is the endorsement deals he got due to skateboarding popularity. In the early 2000s, he was endorsed by ESPN, Sony, McDonald's, Mountain Dew, Jeep, and Bagel Bites. As of 2020, he is sponsored by Birdhouse, Vans, Independent, Bones, and Nixon. Theeve formerly sponsored him. All the sponsorship and endorsement deals have benefitted Tony Hawk's net worth over the year.

Besides being a pro skateboarder, Tony has also appeared in several television series and movies. Tony has made an appearance in movies like XXX and Lords of Dogtown, grossing $277 million and $13 million worldwide, respectively. Police Academy 4: Citizens on Patrol, Gleaming the Cube, Deck Dogz, Drake & Josh Go Hollywood, etc., are some other movies in which Tony has made an appearance. Tony has also appeared in series like The Masked Singer, Trailer Park Boys: Out of the Park, The Simpsons, The Cleveland Show, and many more. On a celebrity edition of an international television game show, Who Wants to Be a Millionaire, Tony won $125,000.

All these appearances have increased Hawk's net worth allowing him to live a lavish lifestyle.

One cannot doubt that Tony Hawk is one of the greatest skateboarders of all time. He is also one of the wealthiest skateboarders. Tony has also made income through a traveling sports show named Boom Boom HuckJam. The show started in Las Vegas and then went on to 31 cities around the USA. Since the show began, it became a big hit featuring exciting professionals demonstrating their BMX skills, skateboarding, and motocross.

Tony has also invested in over a dozen ventures. In 1999, he founded a video production company called 900 Films. He has also invested in California's Blue Bottle Coffee Chain. It was later sold to Nestle for $500 million in 2017. He also invested in Nest, which Google later bought for $3.2 billion in 2014. Tony Hawk made significant earnings through investments in various ventures like a brewery called the Black Plague, DocuSign tech company, and Hawk Clothing. 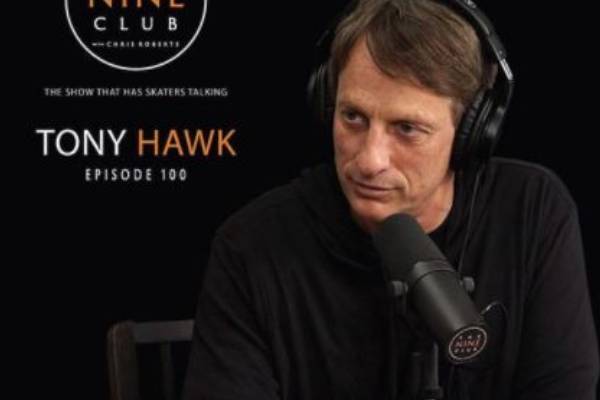 Furthermore, Tony Hawk is a philanthropist who created the Tony Hawk Foundation in 2002. He formed the foundation to address and solve the lack of safe and legal skateparks in the United States. It has awarded over $5.8 million and has helped to build 596 skatepark projects.

Tony Hawk has also made quite a good income from an autobiography he wrote in 2000. The autobiography entitled HAWK: Occupation: Skateboarder, which is sold for $8.99, made it to the number 18 on the New York Times bestseller list. He has also written several other books.

Tony rides a Tesla Model S, whose base price is $74,490. Tony Hawk has been able to amass such a massive fortune through his skating career, investments, company, and TV series and movie appearances. With a net worth of $140 million, Tony is living a comfortable lifestyle with his family. He currently resides in a home in California. The house Tony resides in presently has an infinity pool overlooking San Diego. He also purchased a three-unit apartment building in Detroit in 2016.

Hawk, a famous skateboarder, is a married man who got married not only once but four times in his life. He got married to his first wife, Cindy Dunbar, in 1990. The couple began dating in high school and eventually tied the knot. Tony and his first wife have a son, Riley Hawk, born on December 6, 1990. Tony's son, Riley, is also a professional skateboarder, and Lakai Limited Footwear and Baker Skateboards are sponsoring him. Tony and his first wife got divorced in 1993.

Following the divorce, Hawk married his second wife, Erin Lee, on September 28, 1996. The pair had two sons, Spencer Hawk, born on March 26, 1999, and Keegan Hawk, born on July 18, 2001. Tony's son Riley is an electronic music producer known by his stage name, Gupi. Tony also did not have good married life with Erin, and both got divorced in 2004.

Two years after his divorce from Erin, Tony got married to his third wife, Lhotse Merriam, an actress by profession. Tony and his third spouse tied the knot on January 12, 2006, at a marriage ceremony held in Fijan Island Tavarua. They had a daughter named Kadence Clover Hawk, born on July 30, 2008. The couple eventually got divorced on February 7, 2011.

After multiple failed marriages, Tony got married to his fourth wife, Catherine Goodman (Cathy Goodman), on June 27, 2015, in Limerick, Ireland. Catherine was previously married to Matt Goodman. They had two sons Miles Goodman, born on June 4, 2001, and Calvin Goodman, born on December 11, 2002. Tony is currently living a happy life with his wife, Cathy Goodman, and children in Encinitas, California. The couple is deeply in love and is seen posting about each other on their social media. 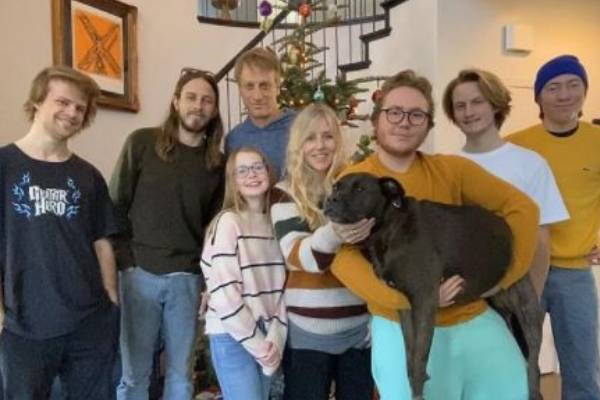 Despite the failed marriages, Tony loves his children and loves spending time with them.