Paul Martin Rodriguez Jr., notably known as P-Rod, is an American professional skateboarder, recording artist, rapper, and actor. Throughout his career, Paul has won various skating competitions and was also awarded the Rookie of the Year award in 2002 by Transworld SKATEboarding.

Paul is also the founder of Primitive Skateboarding and has been placed in the list of 30 Most Influential Skaters of All Time by Transworld SKATEboarding. The pro-skater also won the Battle at the Berrics 3 championships in 2010. Many people know Rodriguez as one of the best skaters today. Let us learn more about Paul Rodriguez Jr.'s biography and career.

Paul was born on December 31, 1984, in Tarzana, California, and raised by his parent's Paul Rodriguez and Laura Martinez. His father was born in Culiacan, Sinaloa, Mexico, in 1955 before moving to the United States and joining the Air Force, who later turned comedian. The professional skater's father was the first Mexican-American comedian to appear on The Tonight Show with Johnny Carson and was also starred in the film Born in East L.A. in 1987. Pauls's father also hosted his own T.V. show called El Show de Paul Rodriguez, which was broadcasted in the U.S. along with 17 other nations in Central and South America. Due to his father's celebrity status, P-Rod was raised by his mother in Tarzana, California, and saw very little of his father in his upbringing days. Well, Paul also has an older sister and a half-brother named Lucas Rodriguez.

P-Rod was unaware of his future before deciding to become a pro skater. His parents wanted him to study but gave up when they saw their son's passion for skateboarding. Paul attended Birmingham High School in L.A., where he skipped out of school to skate and improve his skills. He got his first skateboard on Christmas when he was 12 years old. His experience and expertise in the sport have helped the athlete to build a successful career.

Paul Rodriguez Jr. was initially recruited by One Eighteen, a local skateboard shop managed by Andy Netkin. Andy was presented with a "Sponsor me" video of Paul by one of his friends because he was too shy to submit it himself. The impressed manager offered Paul a place in the store's team when he was just 14 years old. He later signed a deal with his first sponsor, DNA Skateboards, and appeared in a video titled, Microanalysis in 1999. Two years later, the young rapper rode for Kareem Campbell's company City Stars, despite being an amateur at the time alongside team members Mikey Taylor, Justin Case, Kevin Long, and Devine Calloway. The professional team included skaters like Eric Pupecki, Ryan Denman, Lee Smith, and Joey Suriel. He gained a lot of experience through the guidance of his seniors and team. 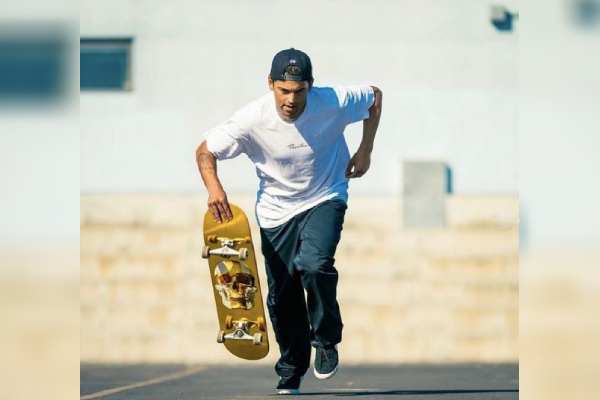 Rodriguez later signed for Girl Skateboards and was featured in the Transworld Skateboarding video, In Bloom, in 2002 and achieved professional status. He was sponsored by the brand for two years and appeared in the film Yeah Right. He lived with the professional skateboarder and rapper Jereme Rogers at the time. He also released his favorite deck of all time with the company before his move to Plan B.

Paul joined the relaunched Plan B skateboard deck brand under the ownership and guidance of Colin McKay and Danny Way. The American skater was featured in many video projects and designed multiple skateboard graphics, including Paul's second favorite deck, made with collaboration between Plan B and Nike SB. Following his win at the Stop 5 of the 2013 Street League Skateboarding contest in Portland, Oregon, U.S. Paul departed from the company. He later launched his own skateboard deck company called Primitive Skateboarding with teammates Nick Tucker and Carlos Ribeiro. As previously mentioned, the pro skater has won many contests throughout his career. Some of his accomplishments are listed below.

As displayed above, Paul has won many competitions and has also clinched a lot of prize money through his victories. In addition to his skateboarding contest, he has also appeared in various movies and TV shows. Some of his video and film projects include The Grind, Yeah Right, Nothing But the Truth, Vicious Circle, Street Dreams, and Me, Myself, and I. With such a diverse career, Paul Rodriguez Jr.'s net worth is sure to have surpassed over a couple of million dollars.

According to Celebrity Net Worth, Paul Rodriguez Jr.'s net worth is estimated to be $6 million. The athlete has also won vast amounts of money from his competition wins alongside his victories at the X Games. Aforementioned, the skater has also worked under some big companies and is sure to have received a fat cheque. His sponsorship deals with various other brands are also a major factor in increasing his net worth.

Paul has also worked on various video projects for T.V. shows, films, and video games. His contributions to the entertainment and sports industry have made him a wealthy and successful person. Alongside his brand deals and competition wins, the pro skater sells his signature skateboards and apparel through his company's website and retail stores across the U.S. Listed below are some of Paul Rodriguez's boards alongside their prices with reference to Primitive Skate.

Primitive Skateboarding is a retail that produces and sells various skateboarding items in the market. The revenue generated from the business is undoubtedly a major influence for growth in Paul Rodriguez Jr.'s net worth. Furthermore, Rodriguez built a skateboard park in California designed with Mike Roebke, a skate park builder. With such a strong career and his affiliations with some of the biggest companies, it would not be an understatement to think of Rodriguez Jr. as a multimillionaire.

Paul Martin Rodriguez Jr.'s sponsors include Nike SB, Primitive Skateboarding, Venture Trucks, Villager Goods, Nixon, Markisa, Glassy Eyewear, and Andale Bearings. He is the first skateboarder to be officially endorsed as a Nike Athlete alongside being the first Mexican-American to earn Nike's signature shoe. He has released eight signature shoes with Nike SB and is the only athlete to do so alongside Michael Jordan, Kobe Bryant, and LeBron James, who have also released many shoes with the company in 2014. So far, the talented skateboarder has produced over ten skateboarding shoes with the brand.

In addition, Paul was sponsored by Target on August 13, 2010, and was starred in a promotional video by AT&T alongside other professional skateboarders in 2012. Paul's sponsorships and endorsement deals have helped the professional athlete increase his fortune significantly.

Most athletes have a home that is surrounded by their respective sport features, and Paul Rodriguez's house is no exception. His Los Angeles home is covered with ramps and is more of a skating playground from his backyard. The pro-skater spent his quarantine in his lovely home, enhancing his skills and sharing his tricks through his social media handles.

Along with him, Paul's house also holds his ridiculous collection of 300 pairs of shoes, gifted to him by people over the years. And looking at the house, one can expect it to be an expensive one.

The pro-skater has been in love a couple of times but considers himself a workaholic in general. In 2010, he was in a loving relationship with Rainbow Alexander. Paul Rodriguez Jr.'s ex-girlfriend Alexander is also the mother of his daughter Heaven Love. However, the lovely pair broke up and have moved on with their own lives. The reason's for their separation is still unknown to the skater's fans to this day. 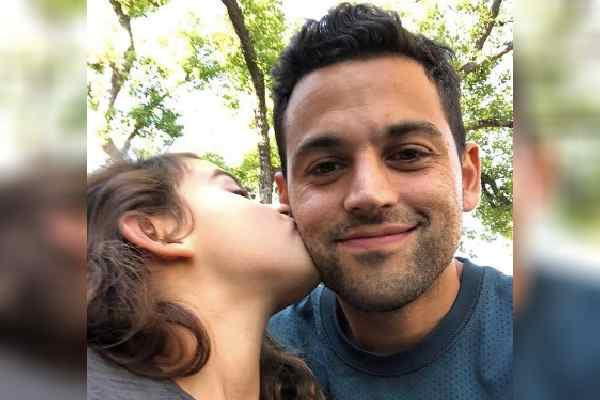 Furthermore, the skilled skater dated his former partner Rachel Metz for 7 years from 2013. Metz also helped raise Paul Rodriguez Jr.'s daughter Helen. Unfortunately, the cute pair broke up with each other in 2020. Currently, the player is not rumored to be dating anyone at the moment and is single. So far, the professional skater has not shared any details regarding his romantic side and has been busy with fatherhood and skateboarding, which are his primary concerns at the moment.