Andrew Reynolds is one of the most well-known skateboarder in the world. Image Source: Social Media.

American professional skateboarder Andrew Reynolds first gained fame in the mid-90s. He was once part of the skate team, Birdhouse but has since established his own company, Baker. Reynolds is regarded as one of the most skilled skateboarders and is respected by everyone in the skateboarding world.

The talented skateboarder has impressed the world with his hard work and skills. Many new skateboarders relate to the boy from Florida and want to know more about him. So here are few details about Andrew Reynolds' personal and professional life.

Andrew Reynolds was born in Lakeland, Florida, on June 6, 1978. He was interested in skateboarding from an early age and started at the age of nine. Reynolds' parents, who worked as an insurance salesperson, supported their child's interest, and his mother even drove him to various amateur skateboarding competitions around Florida. 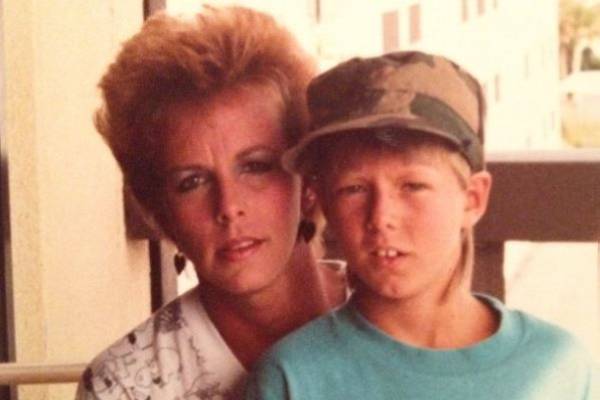 Andrew Reynolds' mother used to drive him around Florida so that he could participate in amateur skateboarding competitions. Image Source: Andrew Reynolds Instagram.

While many skateboarders his age might have faced troubles sourcing their board, Reynolds' first skateboard was a gift from his mother. She had noticed him watching videos from Powell Peralta and television commercials for Psyco Skate and showed her support by purchasing his first skateboard.

Not only his skateboard, but Andrew Reynolds' mother also provided him with a camcorder for him to record his skating videos. He started making amateur skate videos as a teenager and was sponsored by a local skate shop, The Cove. He then graduated from high school in Florida and, to further his career, moved to Huntington Beach, California.

Andrew Reynolds is a professional skateboarder who has been in the business since the 1990s. He has also established his own skating team and produced videos featuring himself and many young and talented skateboarders.

After moving to California, Andrew continued making skate videos and was involved in the skateboarding scene. At this time, his skills were noticed by the professional skater, Tony Hawk, and Reynolds received a call from him. Then in 1995, he joined Hawk's skate team, Birdhouse. He traveled with the team and participated in various competitions. 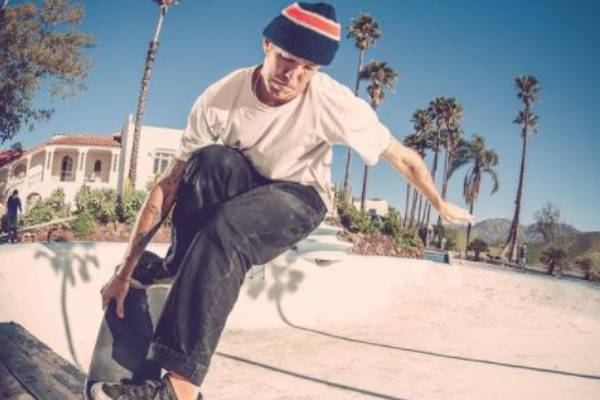 In 1998 he was named the Skater of the Year by Thrasher magazine. He then stayed with the Birdhouse for two more years and left the company to start his own brand named Baker with artist Jay Strickland. He then started producing videos featuring himself and other skateboarders, which found immense success in the skateboarding world.

Andrew Reynolds Net Worth And Earnings

As stated above, the six-foot two-inches tall skateboarder is one of the world's most respected and popular sports personalities. Also, he has amassed a fortune from his career as well as various business ventures and brand endorsements. As per Celebrity Net Worth, Andrew Reynolds' net worth is estimated to be around $10 million.

As mentioned above, Andrew left Birdhouse in 2000 and started his own company, Baker. He has continued to pick out new talents from around the country and feature them in Baker's videos. The company is solely owned by Reynolds and has put out many skateboard designs as well as accessories. The products are all available on the company's official site; some of them are listed below:

Since the company and Andrew himself are popular among the skateboard world, these products' sales must be substantial. As a result, Reynolds' fortune might have also seen a significant rise in recent years. In addition to Baker, Reynolds also established the Bakerboys Distribution, with Jim Greco and Erik Ellington. The company provides distribution for in-house skateboard companies like Shake Junt and Deathwish.

Moreover, Andrew founded the clothing company Altamont Apparel in collaboration with Sole Technology. He was with the company for more than a decade and worked as the head of design. As one of the co-owner of the company, Reynolds must have pocketed a significant amount from the profit gained by the business.

However, this partnership ended in 2017, and it was revealed that Reynolds had joined RVCA. Andrew has since featured in several RVCA commercials and has also produced his own skateboard videos with the company. He must have earned a massive sum while leaving his previous clothing company and signing into a new one.

As one of the most recognizable skateboarders globally, Andrew Reynolds has had several brands clamoring to provide sponsorship opportunities. He currently works with Spitfire Wheels, Brigada, Independent, Stance, and Shake Junt. He is also sponsored by Baker Skateboards.

Additionally, Andrew Reynolds has had a long history with the footwear brand Emerica. He was given his first pro-model skateboard shoe by the company in the late 1990s and released thirteen signature shoe models with them. The models, including The Reynolds 1, The Reynolds Cruisers, The Reynolds Classis, and The Boss, were very popular and some of the bestsellers in the business. And since it was his name in the designs, Andrew Reynolds' net worth must have seen a significant increase in those days.

However, after more than a decade, Emerica and Reynolds parted ways, and he joined Vans. Since joining Vans, Andrew has collaborated in several projects, including the Vans Custom Culture supporting art education. Fans are also looking forward to the skateboarder launching his own line with the company. It is safe to say that Reynolds' earnings will see a significant increase when he releases new footwear.

Along with his earnings from business ventures and sponsorship, Andrew Reynolds' fortune also includes the amount he pocketed for featuring in Tony Hawk's video games. He has been part of numerous game series produced by Hawk as well as in EA's Skate 3 series. These video game appearances must have been beneficial in the growth of the American skateboarder's wealth.

With a fortune of $10 million to his name, it won't be a surprise if Andrew Reynolds lived a luxurious lifestyle. At one point in his life, the skateboarder had all the luxury in the world, a big house and several cars, including a Cadillac. Andrew Reynolds' ex-wife, Christiana, also rode a BMW and the pair enjoyed a lavish lifestyle. However, he has since downsized from a five-bedroom mansion and lives in a "normal house" with his daughter.

Andrew has said that he has learned to enjoy his life without luxury and even sold all of his jewelry except his mother's ring.

In addition to his professional career, Andrew Reynolds' love life and relationships are also a topic of interest for many. As stated above, he was once a married man and even had a daughter from that relationship. However, the marriage did not last long, and since then, Reynolds enjoyed his life as a single father.

While Andrew is very secretive about his life, he has shared pictures of a beautiful woman named Lisa Linde on various occasions. He has stated that Lisa is the love of his life and seems smitten with his lover as he always captions the pictures with "I Love You Lisa." 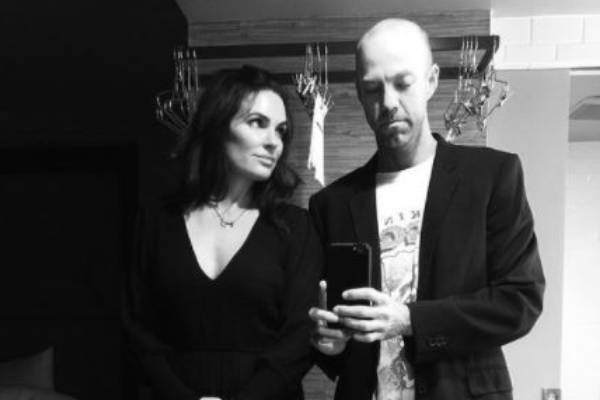 The first time Andrew Reynolds' partner, Lisa, was featured on his Instagram was in 2012. So, the pair must have started dating around that time, if not earlier. The skateboarder has not revealed much about his and Linda's relationship status. Linda herself has set her Instagram to private so, it is hard to confirm if the pair are married or dating. Nevertheless, the couple is happy together, and Linde also shares a great bond with Andrew's child, Stella.

It is no surprise that Andrew Reynolds' daughter, Stella Reynolds, followed in his footsteps and is already showing off her skills. Stella is Andrew's daughter with his baby-mama, Christiana. She has been featured in several skate videos like Dear Stella. She also has an Instagram page where she has posted videos of her cruising on the skateboard ramp. Looking at all of the videos, there is no doubt that Reynolds' kid is a mini Boss in the making.